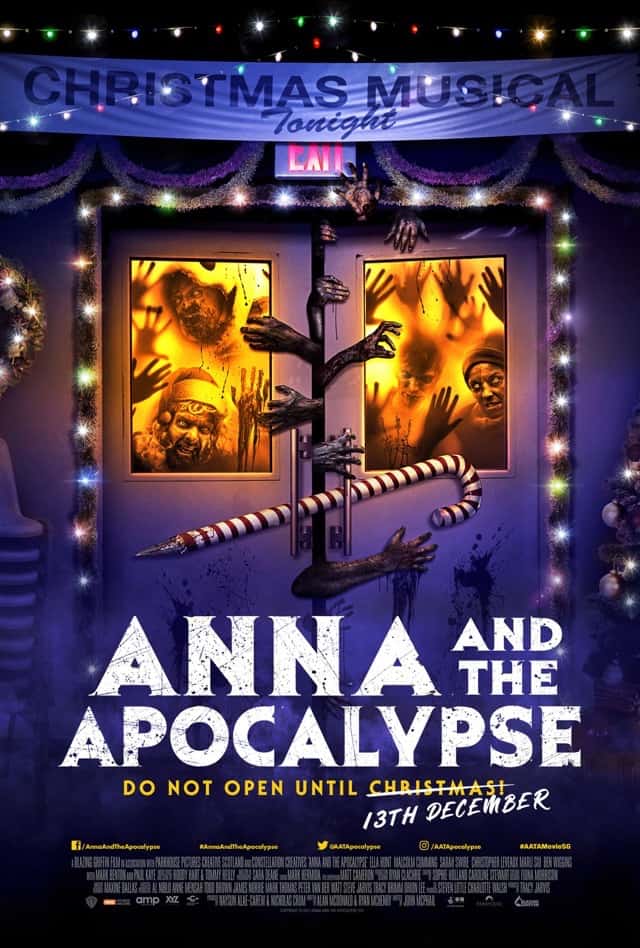 The Low-Down: A high school zomcom (zombie-comedy) with surprisingly well composed and performed original songs reminiscent of High School Musical. It stars a bunch of young, budding actors and actresses with Scottish veterans Mark Benton as Anna’s (Ella Hunt) father and school janitor, and Paul Kaye as the eccentric and power hungry headmaster, Savage. When a deadly disease turns humans into zombies, Anna and her friends have to fight to save their loved ones and flee.

The Good: These young actors and actresses exceed expectations with overall compelling performances. The character writing is simple but effective in getting the audience to be invested in not just Anna, but her friends too. Above all else, though, is the shockingly good music composition that might tempt some viewers to relisten the soundtracks after the movie. In particular, the song right before Anna realises her town is overrun by zombies, left a deep impression (an obvious reference to Shaun Of The Dead).

The Not-So-Good: The oddly inserted song performances in between can be quite jarring to selected audiences, and sometimes even eye-rolling cheesy and out of place. That’s where budding director John McPhail can learn from the many noteworthy musicals this year (including A Star Is Born, Bohemian Rhapsody, and of course, Mamma Mia!).

Knock-Out Moment: Ella Hunt literally knocks out a horde with an over-sized candy cane to rescue her dad, Tony (Mark Benton). The execution and cuts are not the best but it’s a pretty cool moment for Hunt’s Anna.

Watch Out For: The original soundtracks that will remind you of High School Musical. Oh, and Savage’s (Paul Kaye) song and his dance. 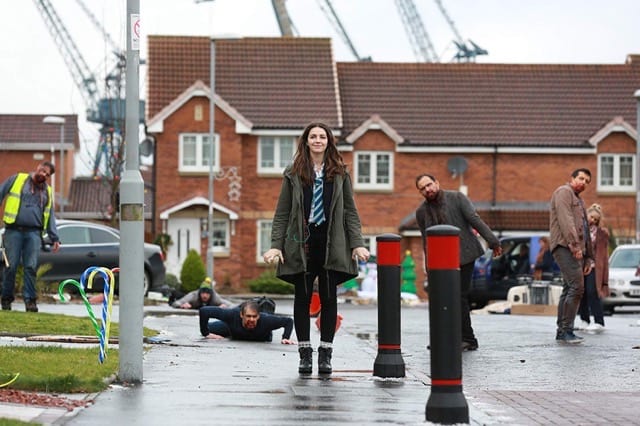 Recommended? Not quite, unless you’re very much into a High School Musical X Shaun Of The Dead kind of B-movie. Or if you appreciate a bunch of budding actors and actresses make a bold decision about which other peers would think twice. That said, Anna And The Apocalypse is an amazingly fun Christmasy movie to enjoy with friends just for laughs.