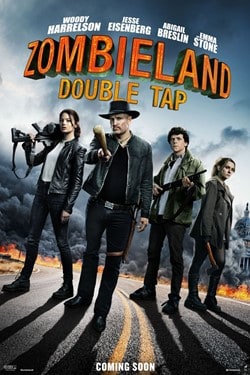 The Low-Down: Ten years ago, a scrappy zombie-comedy called Zombieland was released. The film’s tongue-in-cheek tone, likeable characters and creative world-building won it fans, and ever since then, a sequel has been in various stages of development. Said sequel has finally arrived. 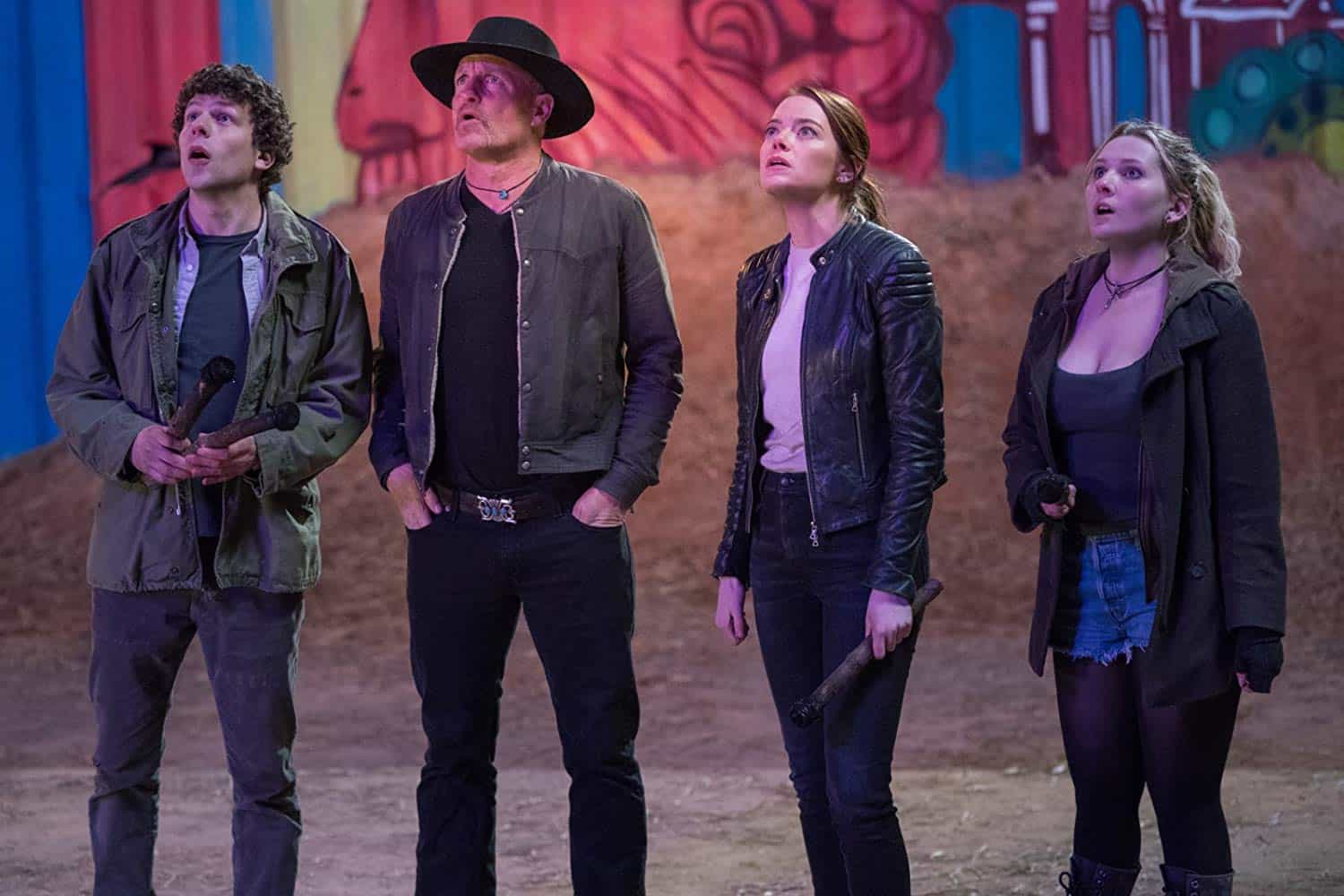 The Story: Just as in real life, ten years have elapsed since the events of the first film. Tallahassee (Woody Harrelson), Columbus (Jesse Eisenberg), Wichita (Emma Stone) and her sister Little Rock (Abigail Breslin) have settled into the abandoned White House. The makeshift family grows apart, with Little Rock (Abigail Breslin) running away with hippie Berklee (Avan Jogia) and Wichita feeling too tied down by Columbus. Tallahassee and Columbus meet the ditzy Madison (Zoey Deutch), who has been living in a mall. Tallahassee pursues his lifelong dream of visiting Elvis’ home Graceland and encounters the tough-as-nails Nevada (Rosario Dawson) along the way. In the meantime, a new breed of faster, more vicious and more impervious zombies dubbed the “T-800s” menaces our heroes.

The Good: Zombieland: Double Tap is frequently funny. There’s a comforting sense of familiarity in seeing the gang all back together, even though the four stars have gone on to varied, successful careers in the intervening decade. It’s a high school reunion attended by people you want to see, even those whom you didn’t expect would come. Director Ruben Fleischer and screenwriters Rhett Reese and Paul Wernick have also returned, meaning that Double Tap retains much of the tone of the original. Fans of the first movie will already be invested in the characters, and the developments and changes they undergo in this movie stay true to what was established in the first go-round. There’s a very comfort food-esque quality to the movie, and while its humour is largely sardonic and cynical, there is heart here too. 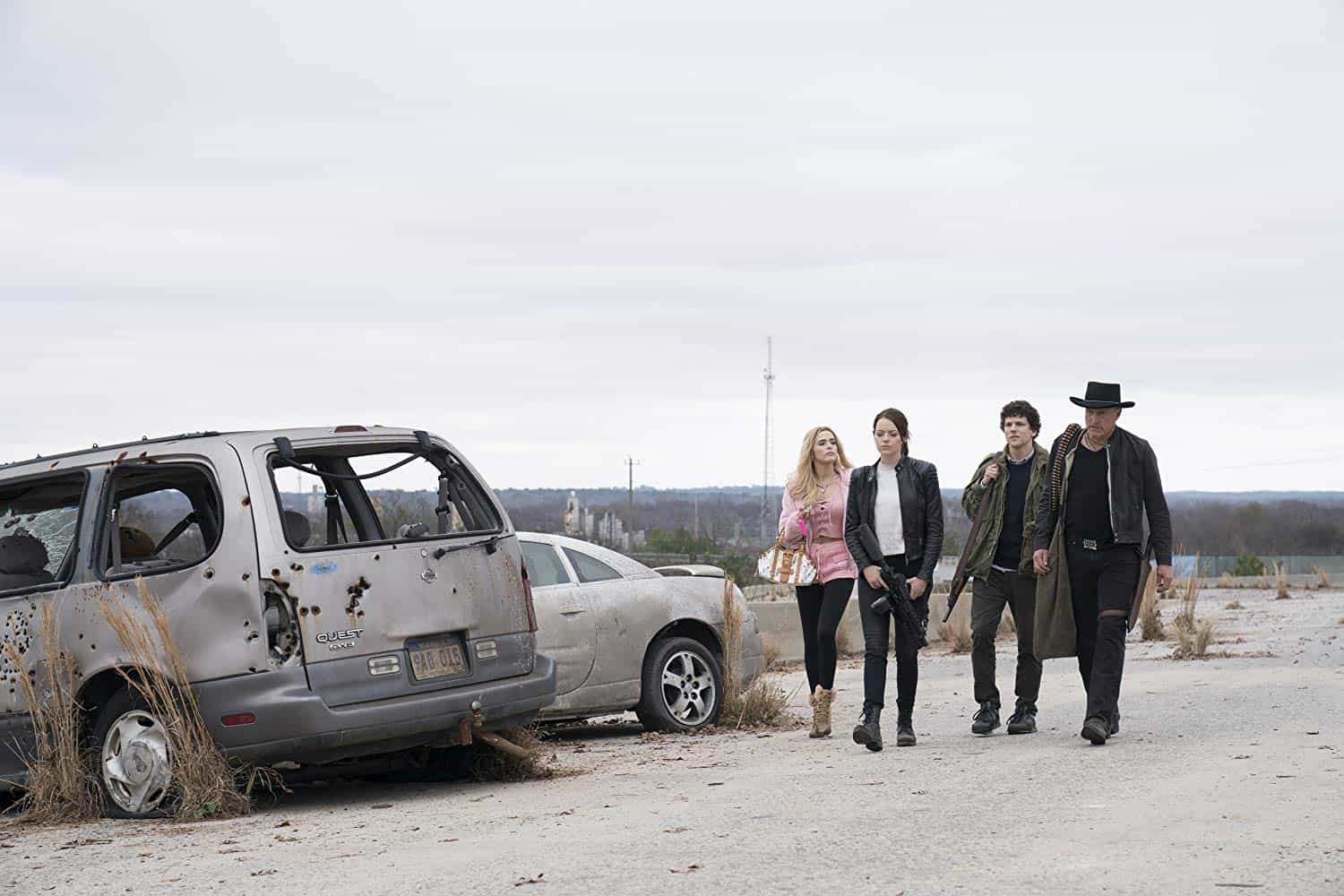 The Not-So-Good: Much of the novelty of the original Zombieland has been diluted because the formula of fourth wall-breaking narration, an overall smart-alecky tone and graphic violence was done in Deadpool, which reached a wide audience. Reese and Wernick also wrote the two Deadpool movies. 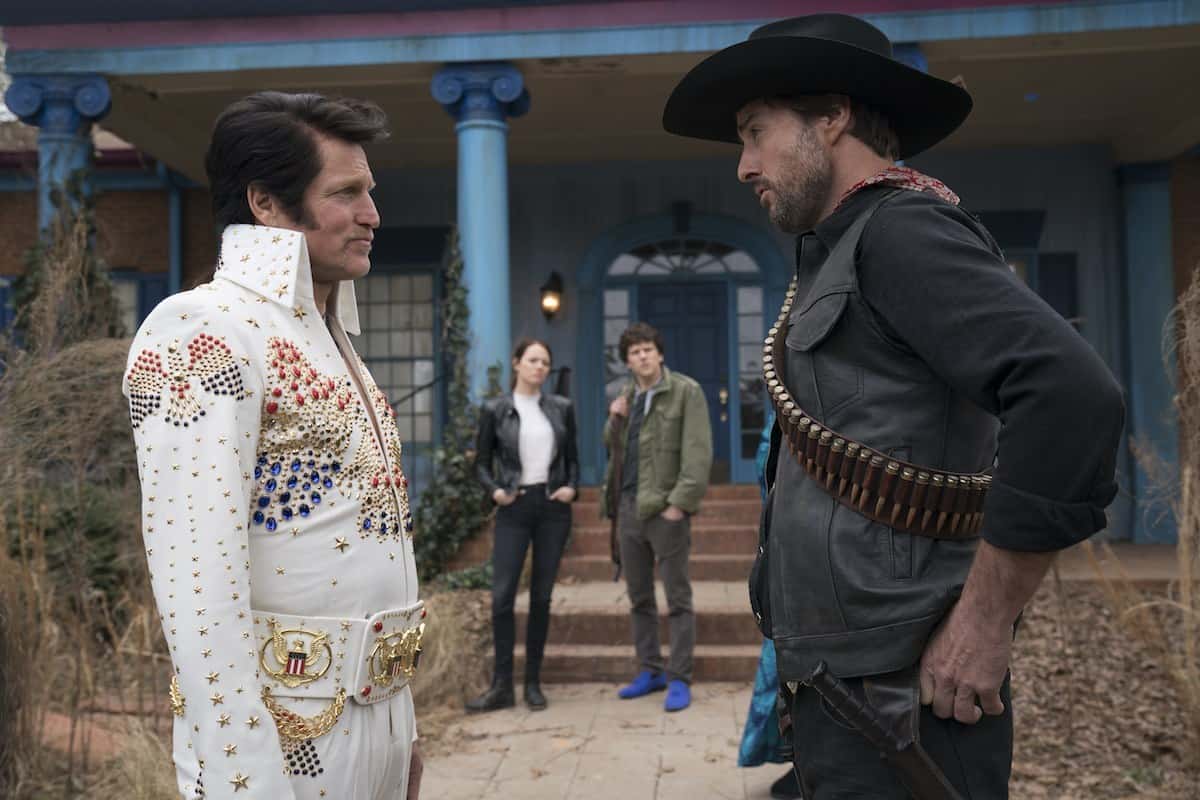 There is a bit of the feeling of this being too little too late, because plot-wise, this is a slight, insubstantial film that mostly coasts along on the personality of its characters and its joke-laden script. The intensity of the feeling of “we’ve waited ten years for this?” will vary based on how charitable one is feeling. 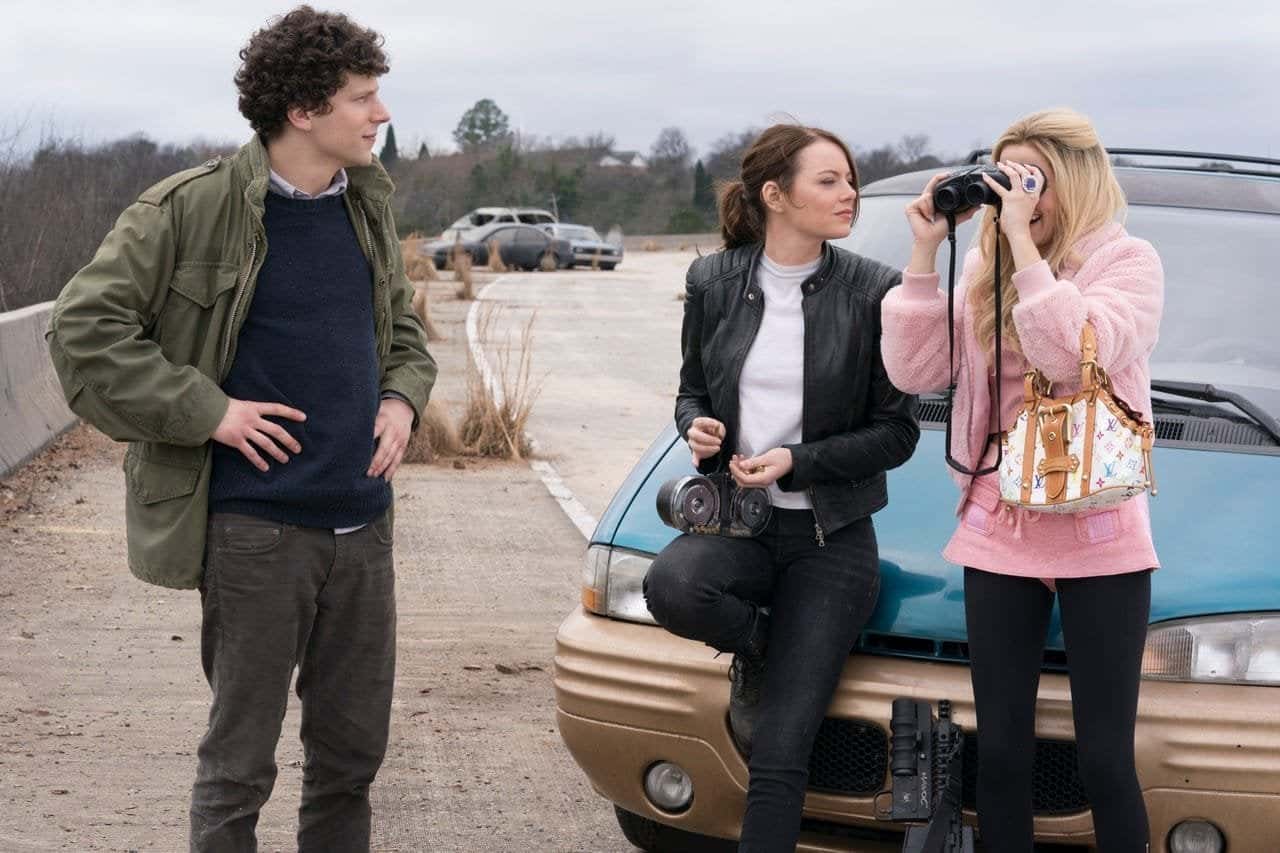 Fighting the undead with my family: Harrelson seems to be enjoying himself and Eisenberg is on his “charmingly neurotic” setting rather than his “aggressively obnoxious” one. While Stone doesn’t seem as into this as her other co-stars, she is still very watchable. Breslin doesn’t get a lot to do, but the surrogate father-daughter relationship between Tallahassee and Little Rock does give the movie a degree of emotion. Zoey Deutch is a hoot as the airheaded Madison – it pretty much is just one long dumb blonde joke, but she is so capable a performer that Madison becomes endearing rather than merely annoying.

Recommended? Yes, especially if you’re a fan of the original and want something that’s entertaining but not necessarily memorable.