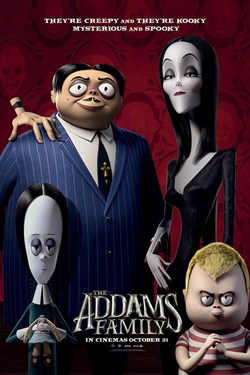 The Low-Down: The Addams Family is as old as Superman: the loveably macabre characters debuted in The New Yorker in 1938, the same year the Man of Steel graced the cover of Action Comics #1. Charles Addams’ bizarre creation has endured through the decades, spawning numerous live-action and animated film and TV incarnations. The Addamses return to the big screen in this animated movie. 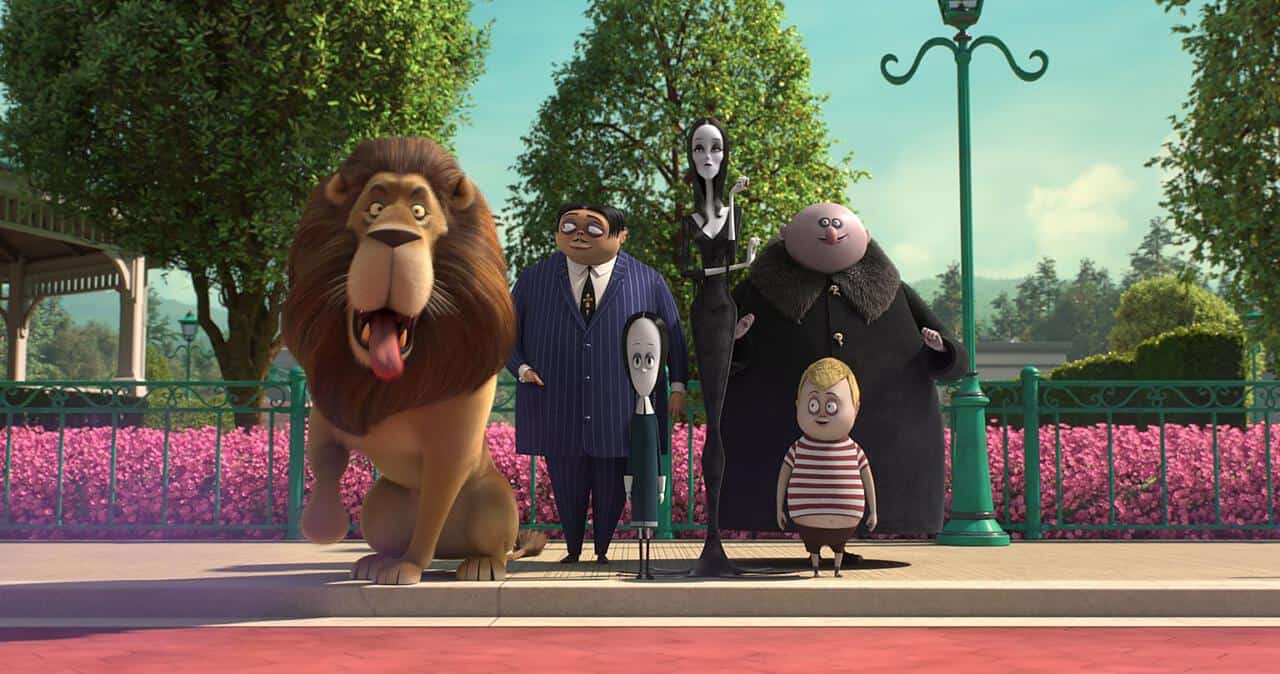 The Story: Gomez (Oscar Isaac) and Morticia (Charlize Theron) Addams live in an abandoned mental asylum atop a hill in New Jersey. The family unit also includes their children Wednesday (Chloë Grace Moretz) and Pugsley (Finn Wolfhard), and their butler Lurch (Conrad Vernon). Pugsley is preparing for the Mazurka, a rite of passage involving choreographed swordplay that all Addams men must undergo. Grandmama (Bette Midler) and Uncle Fester (Nick Kroll) have arrived early, with the rest of the extended Addams clan soon to follow to attend the ceremony. Margaux Needler (Allison Janney), the host of a home makeover reality TV show, fears that the Addamses’ presence will jeopardise the sales of a planned community called Assimilation. Margaux’s distaste for the Addamses grows more intense when Wednesday befriends Margaux’s daughter Parker (Elsie Fisher). 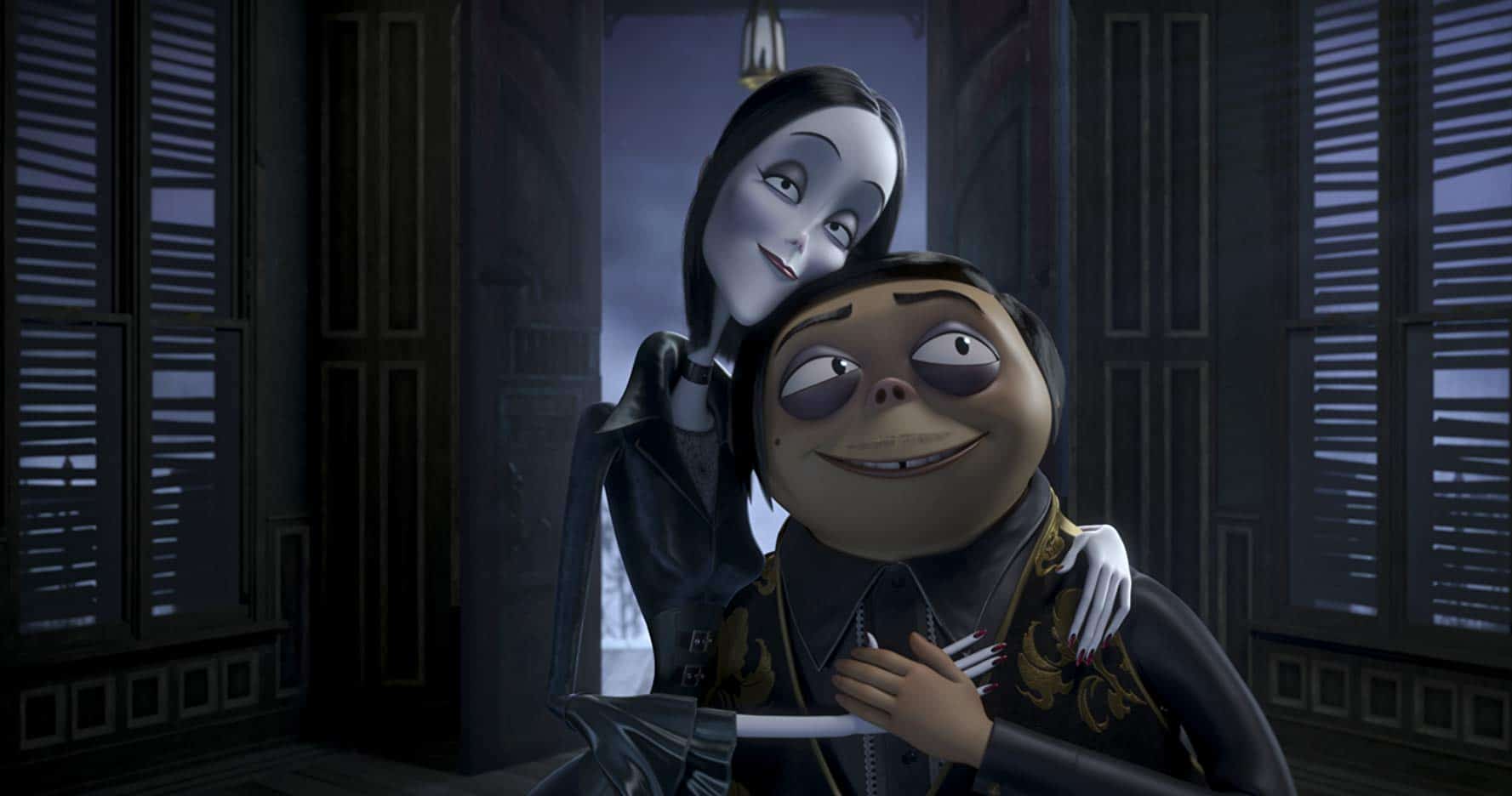 The Good: The top-shelf voice cast is incredible, each of the main actors suiting their characters to a tee. One could very easily picture Oscar Isaac and Charlize Theron playing live-action versions of Gomez and Morticia Addams, and one can tell they had a lot of fun with the roles. Theron’s withering delivery is another example of how she is underestimated as a comedic performer. Chloë Grace Moretz is just droll enough as Wednesday, while Nick Kroll’s excitable Uncle Fester is goofily endearing. 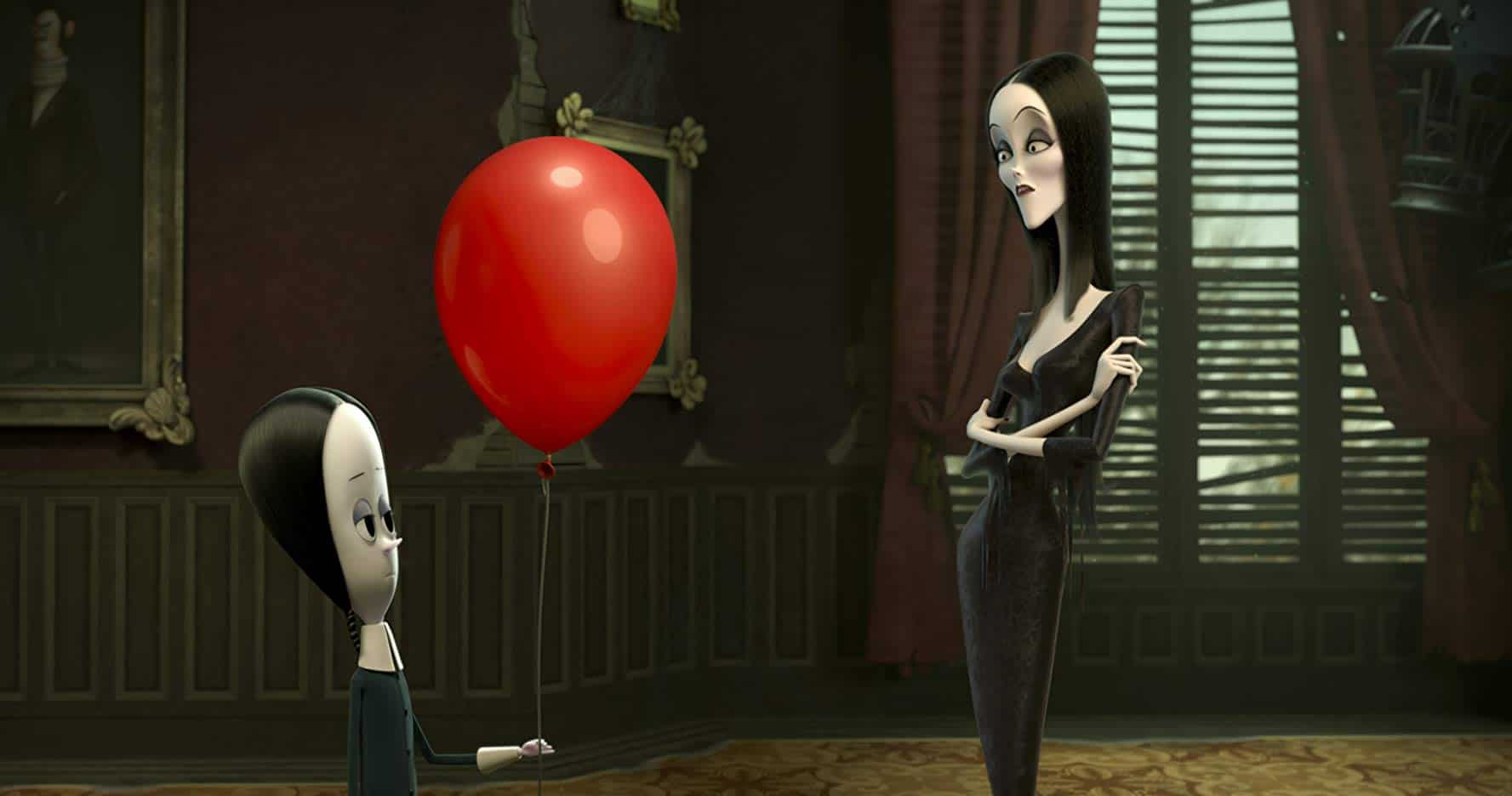 The character designs deliberately hew closely to the original Charles Addams drawings, so while most might not be used to seeing a shorter, stouter Gomez Addams, that’s how he was drawn even before the characters had first names. One addition to Wednesday’s design is especially clever – her trademark French Braid pigtails now end in nooses.

The writing is not very strong, but many of the jokes do land and some sight gags are inspired – there’s a joke about Instagram filters which is legitimately funny. The film attempts to touch on the themes of parental expectations of children and the fear of the other – while it doesn’t tackle these with much nuance or insight, they are themes that go well with the Addams Family. At the very least, the plot isn’t yet another version of “a normal family moves in next door” – or at least, it isn’t just that. 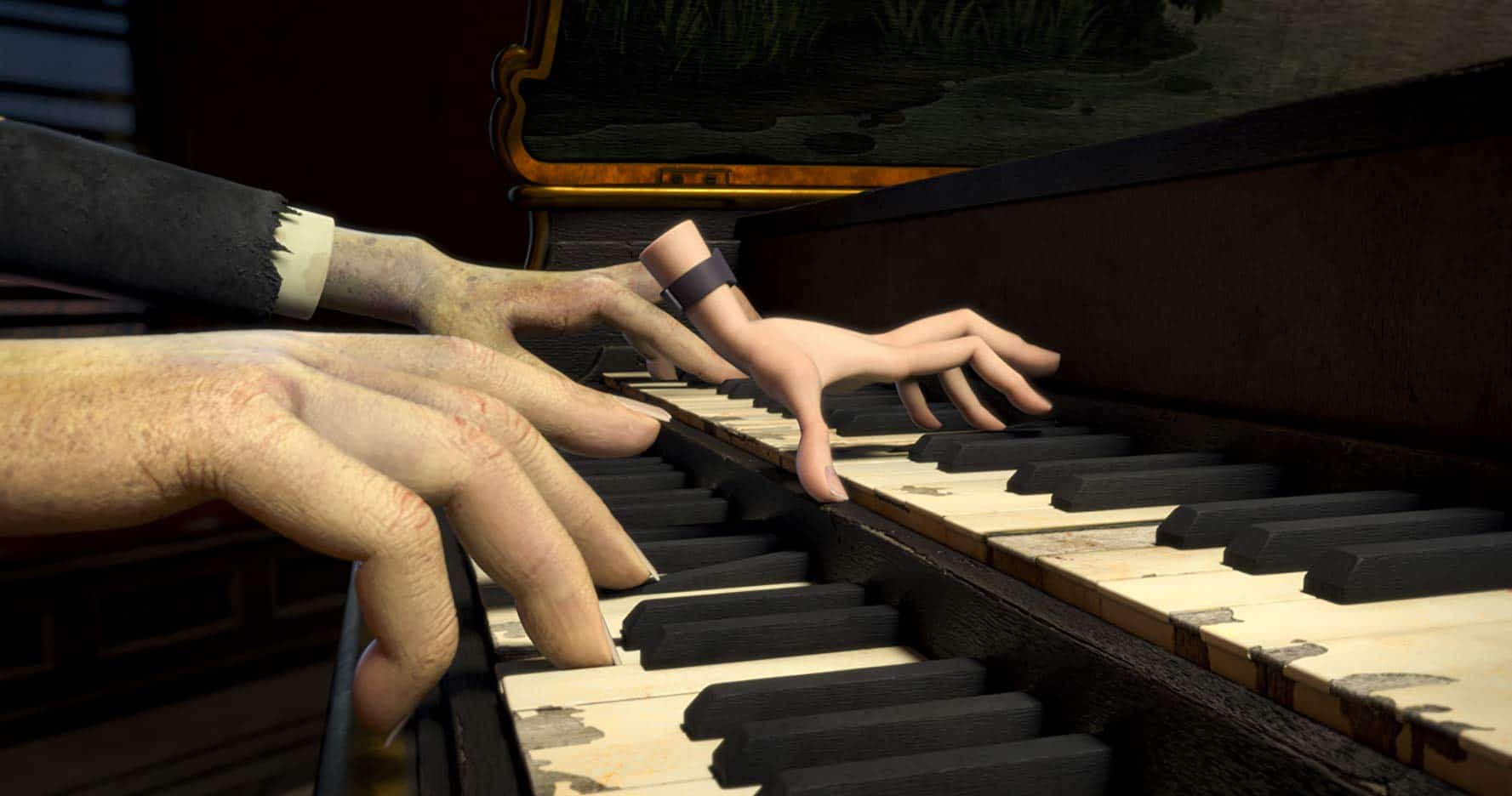 The Not-So-Good: There’s a long and storied legacy to live up to whenever someone attempts a new version of The Addams Family. Some versions are better regarded than others, and time will tell if this take on The Addams Family will be regarded fondly. It just feels so underwhelming. Unfortunately, the animation comes off as somewhat flat and noticeably cheaper than the big-budget work of major Hollywood animation studios. The movie’s plot is very slight and feels more like a TV episode than a feature film. Margaux’s mission to drive the Addamses out to increase house sales in Assimilation is the A-plot and Pugsley’s preparation for the Mazurka is the B-plot. 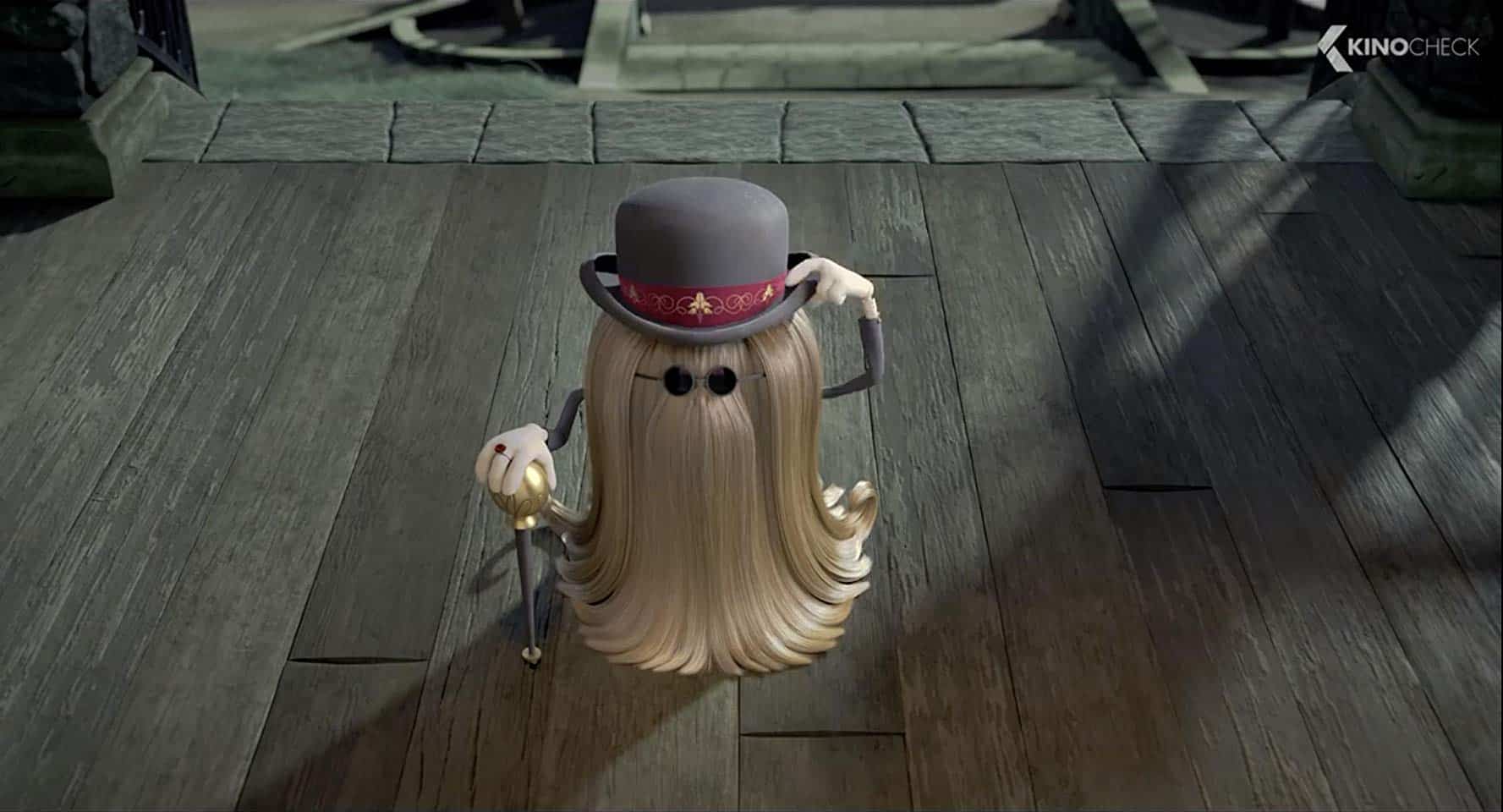 The movie also sometimes succumbs to the gimmicks that are commonly seen in animated films that try to toss the accompanying parents a bone. The chief of this is the casting of Snoop Dogg as Cousin Itt, whose speech is famously garbled, therefore making the casting of a big name in the role especially pointless. 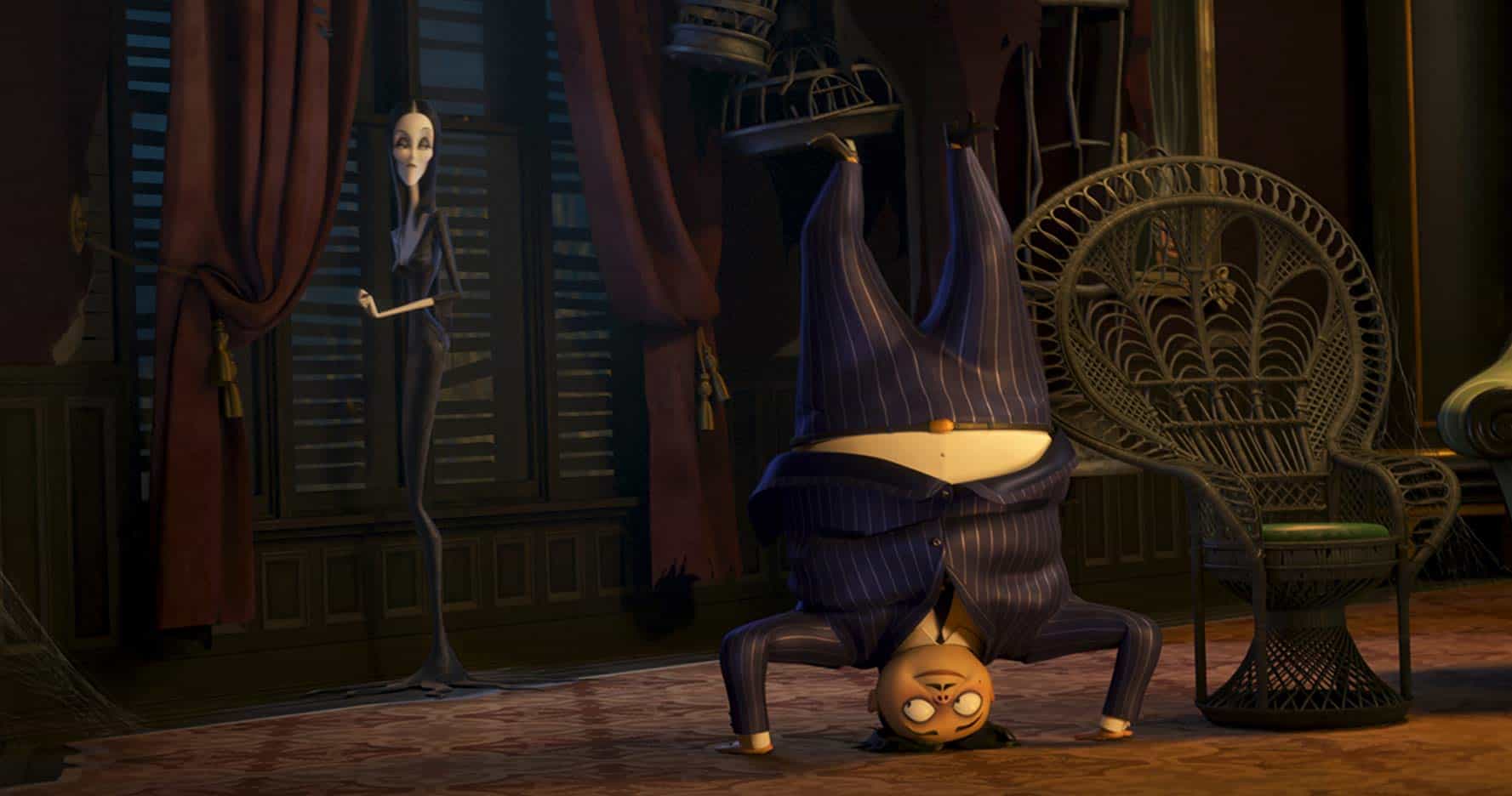 Weird is relative: The movie struggles with how weird and dark it should go, because it’s ostensibly still aimed at kids. Directors Conrad Vernon and Craig Tierney also made Sausage Party, so they’re no strangers to more adult animated material. However, The Addams Family has most of the edges sanded off. The jokes are all on the safe side of dark, and while there are delightful moments like Morticia using her parents’ ashes as makeup, the movie never truly lives up to the potential of the franchise. This is not the first version of The Addams Family to have this problem, but in making it commercial and accessible, the filmmakers lose some of the subversiveness that is key to the appeal of these characters. The project was apparently conceived as a stop-motion animation project to be directed by Tim Burton, before eventually morphing into what it is now. That would certainly have been more interesting.

Recommended? Barely, if only for its voice cast.