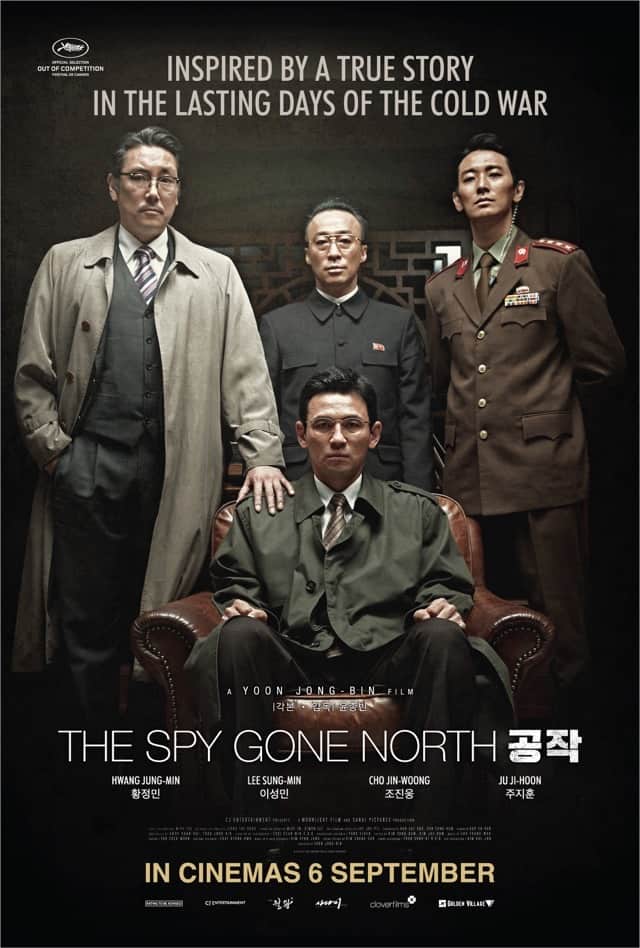 Unlike your typical Hollywood spy movies such as the James Bond and Kingsman franchise, The Spy Gone North (공장/Gongjak) is a slow and plot-heavy political drama-thriller based on real-life events without a single action sequence in its long 137-min runtime. That might not necessarily be a bad thing — we don’t need a Korean James Bond movie, anyway.

To director-writer Yoon Jong-bin and his crew’s (The Unforgiven, Kundo) credit, Gongjak balances boring political struggles with fairly strong and coherent characters for which viewers can care.

We follow Major Park Seok-yeong (Hwang Jeong-min, The Battleship Island, Ode To My Father) as he transforms from high-flying intelligence officer to a drunken gambler, all to create a believable front for his mission — to infiltrate North Korea to uncover nuclear secrets for his motherland under the code name “Black Venus”.

The first hour or so is dedicated to keeping international audiences and Koreans who are not so in touch with the two Korea’s political history. From historical footage and old newspaper clippings to Park imitating the Southern Gyeongsan accent (Hwang’s native tongue) in the busy Beijing streets as a pure capitalist businessman while observing North Korean operatives watching him, we see the revealing but plain side of being a spy.

When North Korean high-ranking politician Ri Myong-un (Lee Seong-min, Misaeng: Incomplete Life, Kundo) and national security head Jeong Moo-taek (Joo Ji-hoon, Along With The Gods) finally take notice of Park, what follows is a series of dialogue-heavy yet surprisingly cinematic sequences of both sides sussing each other’s priorities and loyalties out. 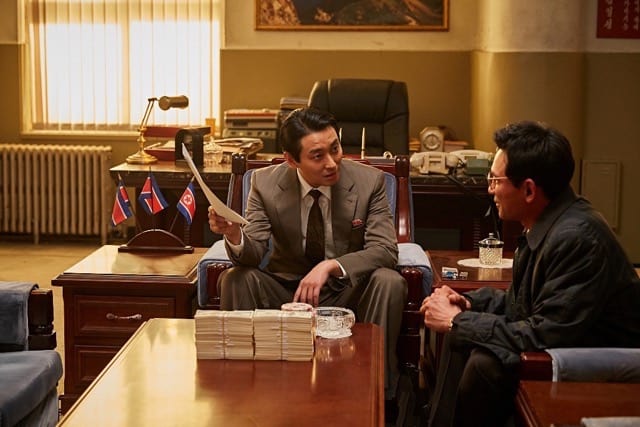 Kudos to Yoon and his co-writer for making Park and Ri’s almost brotherly relationship to give the viewers characters to root for, more so Park because he’s the one with his neck on the line. Even then, we’re constantly reminded that Park is merely a pawn in an elaborate chess game between the top politicians of the both Koreas.

Gongjak won’t and can’t wow you the way typical secret agent movies will, but the performances of Park, Ri, and Choi, and the tug-of-war between the other top guns will keep you engaged through the long and gruelling unravelling of Korean politics you never knew existed. Gongjak rewards those who commit to the end with an emotional payoff you’d least expect.

Summary: Gongjak doesn’t have the wow factor of typical spy movies but the performances and characterisations are worth the lengthy recount of Korea’s contentious political saga.