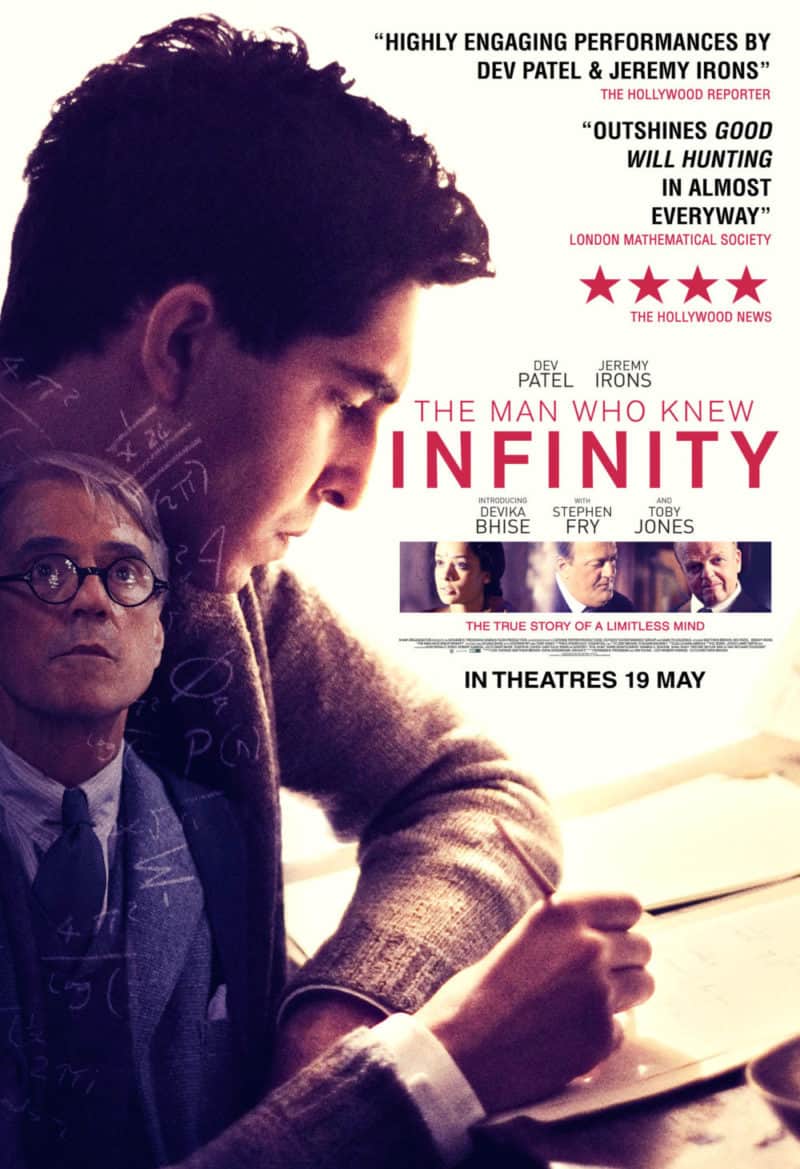 As far as biopics go, one about the achievements of an early twentieth-century mathematician isn’t going to be at the top of anyone’s must-watch list, even if it does have a glowing testimonial from the London Mathematical Society. Thanks to stellar acting from Dev Patel and Jeremy Irons, however, The Man Who Knew Infinity is highly watchable, though it falls short of being a comprehensive celebration of Tamil mathematical genius Srinivasa Ramanujan’s life and accomplishments. There will always be problems of nuance and depth when white people try to tell the story of non-white individuals, problems The Man Who Knew Infinity is unable to completely overcome. 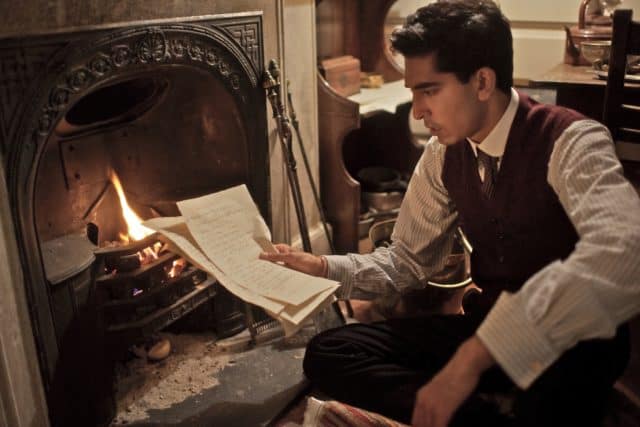 Ramanujan was an unprecedented genius who had already grasped complex mathematical formulae and theorems while other boys his age were still struggling with basic arithmetic. The Man Who Knew Infinity mostly glosses over his formative years, beginning shortly before Ramanujan (Patel) makes his way to Cambridge, where he comes under the tutelage of mathematicians G.H. Hardy (Irons) and J.E. Littlewood (Toby Jones). The obvious rationale for this choice, of course, is so that Irons can be elevated to the status of co-lead in a film that’s supposed to focus on the character Patel is playing, but the move pays off, largely because of Irons. Long-time fans of Irons will surely have lamented how severely underutilised (and possibly miscast) he was in Batman V Superman, but this reviewer is pleased to report that he doesn’t have to play second fiddle to anyone here, Dark Knight or no Dark Knight. Irons’ irascible and misanthropic Hardy is a workshop in getting audiences to like characters who aren’t very likeable, and he even has a butler of his own to wait on him this time around. 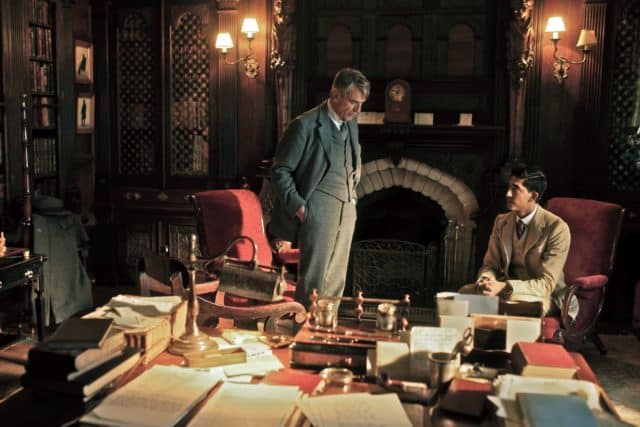 Dev Patel is quickly becoming the go-to guy whenever Western filmmakers want to make something with an Indian subject matter or protagonist, and not come off as neo-colonialist or downright condescending. As The Man Who Knew Infinity demonstrates, there’s a compelling reason for that: Patel is a damn fine actor and he’s, well, Indian. What he isn’t, however, is Tamil like Ramanujan. As the son of Gujarati immigrants from Kenya, Patel has likely heard Tamil spoken even less than the average non-Indian Singaporean, and it shows. Patel and co-star Devika Bhise, who plays Ramanujan’s wife Janaki, converse exclusively in generic Indian-accented English, a linguistic heresy no less damning for the fact that countless other movies and TV shows have also made ethnic characters speak broken or exoticised variants of English instead of their native languages. Patel and Bhise are hardly at fault here, and do indeed deliver credible performances, but the film’s insensitivity to the diversity of the Indian subcontinent is startling when placed next to the anti-discriminatory message it purports to expound. 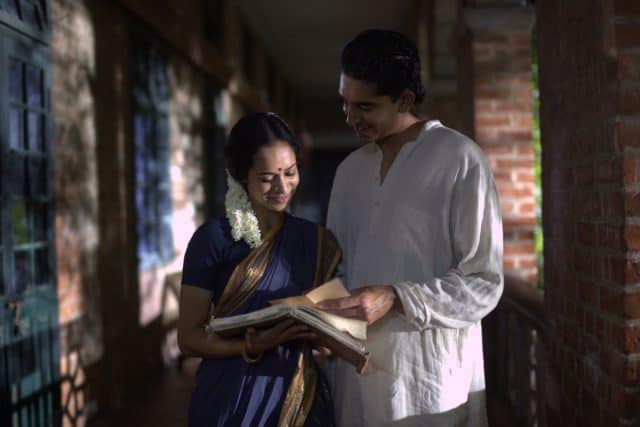 Ramanujan predictably encounters various forms of overt racism upon his arrival in England, and the recognition he eventually receives is supposed to show up all the naysayers and bigots for their small-mindedness and unwarranted prejudices. Unfortunately, The Man Who Knew Infinity also opts for an oversimplification of the South Indian cultural milieu that stresses its exoticism and not much else. There is little depth to the film’s portrayal of the home front after Ramanujan leaves for England beyond a conventional antipathy between Janaki and her mother-in-law. The advent of World War I in Europe is alluded to, but the same cannot be said for contemporaneous events in India. The India of the film is generic and piecemeal, a mere placeholder to inform viewers that Ramanujan is Indian. 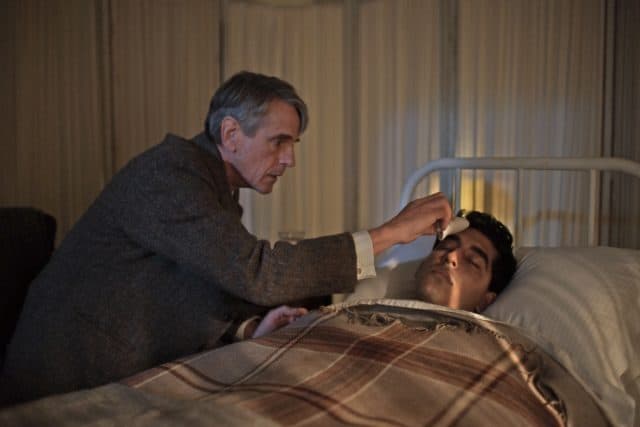 There was, in fact, a Tamil-language biopic of Ramanujan (simply titled Ramanujan) that was released a couple of years ago, with far more extensive coverage of his life in India. If you want to learn about the man and his legacy, watch the Tamil version. The Man Who Knew Infinity can only be recommended on the merits of its two lead actors.

Summary: Would have garnered a lower rating had not said rating seemed like an affront to Patel’s earnest and Irons’ commanding performances.