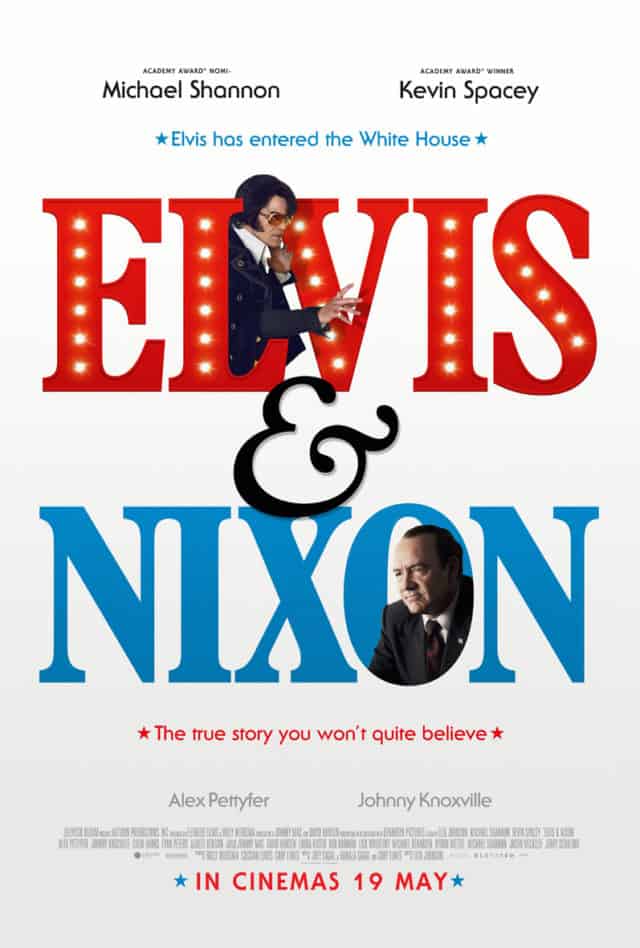 Some events are enshrined in pop-cultural memory not for their magnitude or significance, but purely by dint of being, well, memorable. The 1971 meeting between then-POTUS Richard Nixon and the King Elvis Presley is just such an event, and the movie chronicling the circumstances leading up to the iconic snapshot between the two is predictably offbeat without coming off as particularly purposeful or groundbreaking. Elvis & Nixon has plenty of quirky humour and is fairly enjoyable, but can’t quite justify the rationale for its being made in the first place. 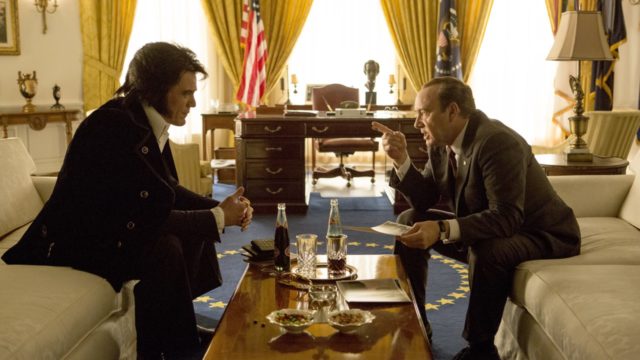 So how much cinematic material can one dredge out of a single photograph, even if a picture does tell a thousand words? Not that much, but surprisingly more than most would expect. Elvis & Nixon also tells the tale of the behind-the-scenes guys, the poor schmucks who have to cater to each and every prima donna demand Elvis or Nixon make. Y’see, Elvis (Michael Shannon) wants to get a badge and become a Federal-Agent-At-Large so he can play his part in the war on drugs, but it’s really best friend Jerry Schilling (Alex Pettyfer) who has to run around and try to set things up. Meanwhile, the irascible President Nixon (Kevin Spacey) wants nothing to do with frivolous types like rock ’n roll music stars, and it’s everything his White House aides Bud Krogh (Colin Hanks) and Dwight Chapin (Evan Peters) can do to convince him what a PR boost an association with the King will give his presidency. 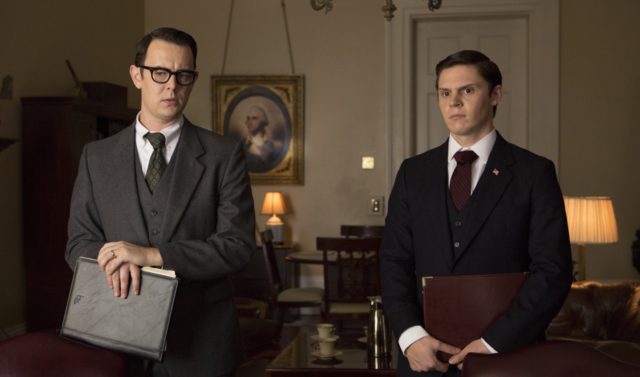 Sure, the anecdotal story behind Nixon and Presley’s meeting is an amusing one. Shannon and Spacey ham it up as their respective American icons, and the awkward collision of the political and entertainment realms is unexpectedly ripe for milking the laughs. With two strong character actors in the leads, Elvis & Nixon is far more compelling than its source material would indicate, but that’s still not saying much. Whenever Elvis turns pensive and ruminates about the nature of celebrity or the loss of his authentic self, it comes across as slightly false, because the rest of the film has Shannon portraying him at his eccentric best (worst?). The constant mollycoddling Elvis receives from Schilling paints him as a petulant man-child, and President Nixon, what with his lunchtime naps and predilection for M&Ms, isn’t much better. There is no malice in the film’s infantilisation of Presley or Nixon, but the irreverent spirit of things gets in the way of its making more insightful commentary. 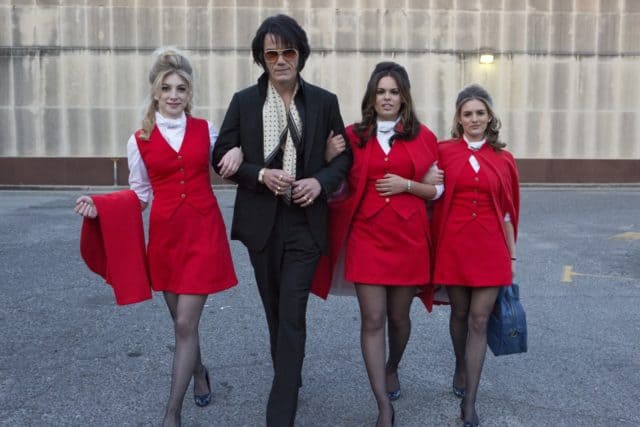 The lack of a thematic core hurts Elvis & Nixon considerably. While Elvis is on an anti-drugs crusade and sporadic references are made to the then-raging Vietnam War, neither is engaged with enough for the film to actually say something about these hot-button issues. Nor can the film claim to champion the cause of under-appreciated auxiliaries, because the characters played by Hanks, Peters and Pettyfer are woefully underdeveloped. Only Pettyfer’s Schilling gets any kind of backstory, and even then, it feels piecemeal and obligatory. The quadruple-threat of Nixon, Presley, Shannon and Spacey is hard to overshadow, especially when Shannon and Spacey seem to genuinely enjoy their performances, but both Hanks and Peters have previously demonstrated that they can hold their own in ensemble flicks (in Parkland and X-Men: Days of Future Past respectively). They are not given the chance to do so in Elvis & Nixon. 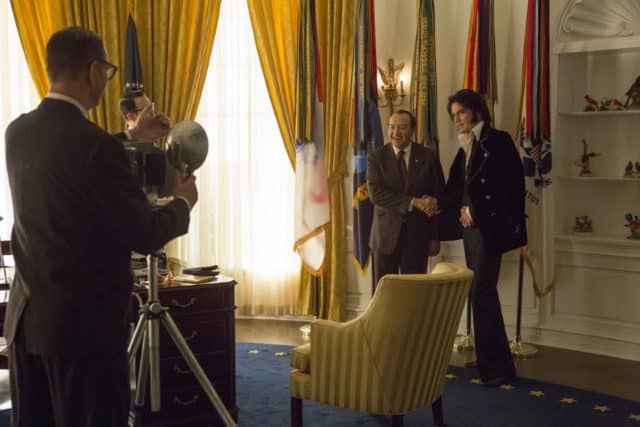 In the process of straddling the fine line between docudrama and anecdotal comedy, Elvis & Nixon veers too much in the latter direction and ends up not straddling anything at all. Just like the meeting between Elvis and Nixon is a mere footnote in the storied (if not quite entirely glittering) legacies both men have etched into 20th century American history, this film is destined to be no more than a pleasant afternoon’s diversion for the enterprising cinema-goer.

Summary: Fun but trivial. Shannon and Spacey are immensely watchable, but can’t elevate the film above mildly interesting sideshow.