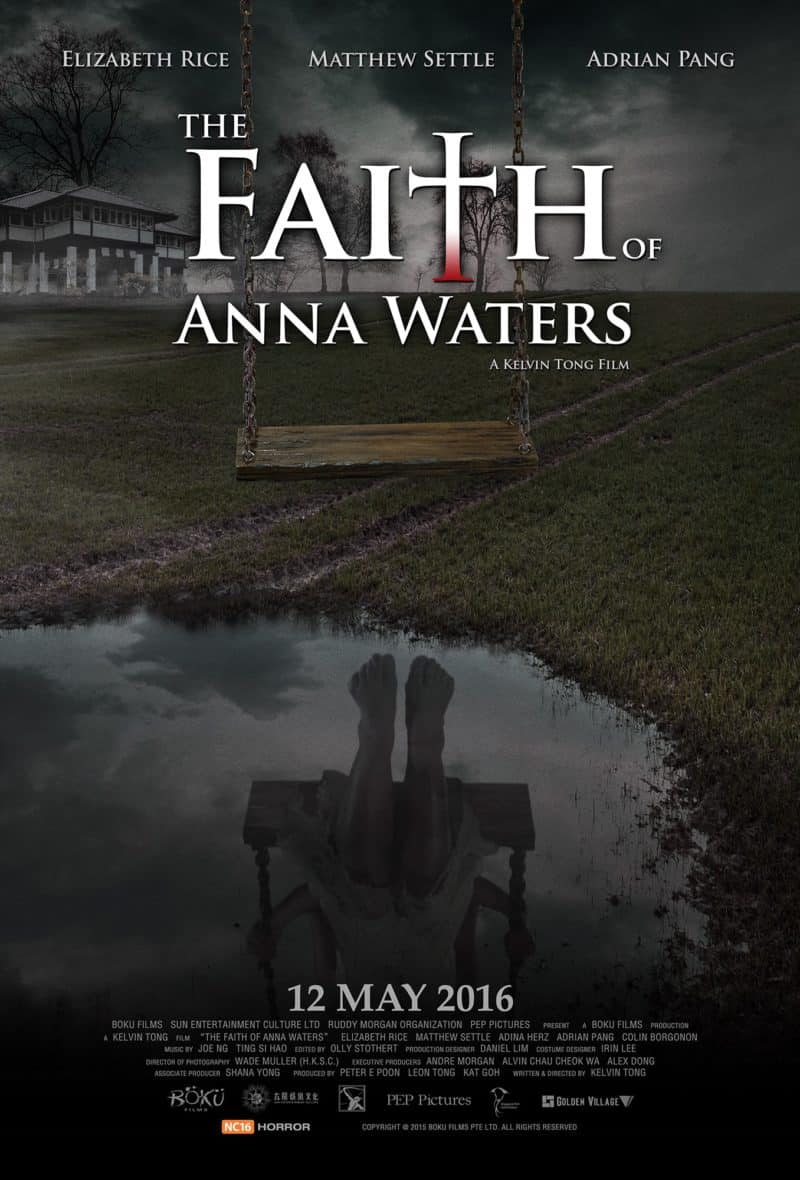 Singaporean filmmaker Kelvin Tong dips into Hollywood waters with this horror thriller. Chicagoan journalist Jamie Waters (Rice) travels to Singapore when she learns that her sister Anna (Condy) has died in an apparent suicide. Sam Harris (Settle), Anna’s ex-husband, is staying in an old bungalow inherited from his parents. Sam and Anna’s daughter Katie (Herz) insists that her mother is not really dead and senses ghostly activity that indicates so. Jamie discovers a mysterious symbol, and her research points towards an ancient demonic entity linking a spate of seemingly unrelated suicides in Singapore. Meanwhile, Father Matthew Goh (Pang) is tracking down the source of cyber attacks on multiple church websites. He brings this to the attention of Father James De Silva (Borgonon), a priest haunted by a failed exorcism years ago. Rather than a mere hacker, Father Goh believes the same ancient evil linking the suicides is perpetrating the cyber attacks. Jamie, Sam and the two priests must face a powerful other-worldly force to stop this cycle of death. 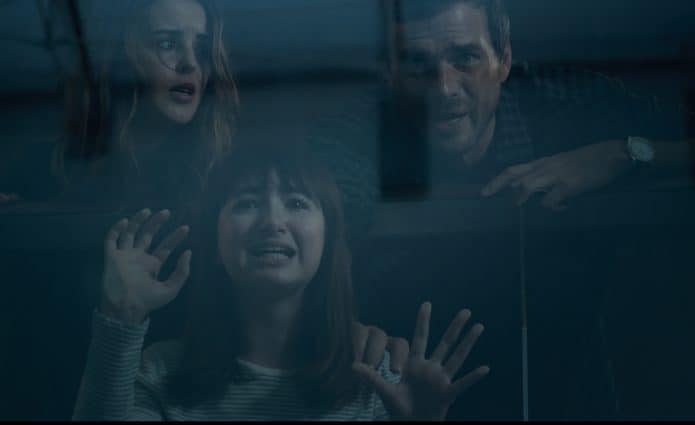 The Faith of Anna Waters is touted as “Singapore’s first Hollywood horror movie”. What that actually means is this is a Singaporean film that managed to secure financial backing from American investors, with a couple of American actors leading the cast. An English-language genre piece has the potential to travel, and the producers of the film hope The Faith of Anna Waters will find an audience in the States and elsewhere beyond Singapore.

Director Tong also wrote the screenplay and the film is something of a mashup of the supernatural horror and techno-thriller subgenres. The premise of a tech-savvy demon can easily become ridiculous and certain aspects of this story seem a little dated. The project was originally entitled ‘Email’, and haunted email movies are past their sell-by date by about 15 years. There are so many disparate ingredients flung into the pot, from cyber threats to incurable diseases to allusions to the Biblical Tower of Babel to a family mystery rooted in Singapore’s colonial past, that this reviewer was less spooked by the film and more curious to see where it all leads. Unfortunately, Tong fails to satisfyingly tie these plot threads together, with the film often falling back on genre clichés and cribbing liberally from The Exorcist and supernatural horror movies of that ilk.

Twilight’s Nikki Reed was originally attached to star, but was replaced by Mad Men’s Elizabeth Rice due to scheduling conflicts. Jamie Waters is the stock ‘intrepid journalist’ character through and through, snooping around abandoned basements and thumbing through archival newspaper clippings in search of the truth. As proactive a protagonist as Jamie is, she’s just not a terribly interesting character. Similarly, Band of Brothers and Gossip Girls actor Settle is bland and unremarkable as Jamie’s former brother-in-law. Nothing really dynamic comes of the conflict between the two, with Jamie blaming Sam for leaving her sister and niece.

Herz, formerly a contestant on The Voice Kids Australia, makes her acting debut in the film. Unfortunately, her inexperience shows through, as she turns in an awkward and stiff performance. Australian actor Borgonon brings enough dignity to bear as Father De Silva in a performance that’s clearly patterned after Max von Sydow’s role in the afore-mentioned The Exorcist. Pang turns the earnestness up to eleven as priest/cyber-sleuth Father Goh, but there’s the sense that a considerably younger actor might have been better-suited to the role.

The film’s production values are decent, with cinematographer Wade Muller establishing an appropriately spooky mood. The film employs digital visual effects sparingly, Tong wisely avoiding an overuse of CGI. There are also some effectively-staged gory moments showcasing competent special effects make-up work by Thai studio QFX Workshop. The film does rely too heavily on Joe Ng and Ting Si Hao’s score to announce to the audience that they should be afraid. Music and sound effects should enhance or accompany an inherently scary moment instead of merely serving to startle viewers. There are some potentially fascinating ideas at work in The Faith of Anna Waters, but these are muddled in an unnecessarily convoluted story with a lack of focus.

Summary: The bubbling cauldron of ideas in The Faith of Anna Waters hides a fairly conventional supernatural horror film, the intriguing fragments failing to cohere into an engrossing whole.