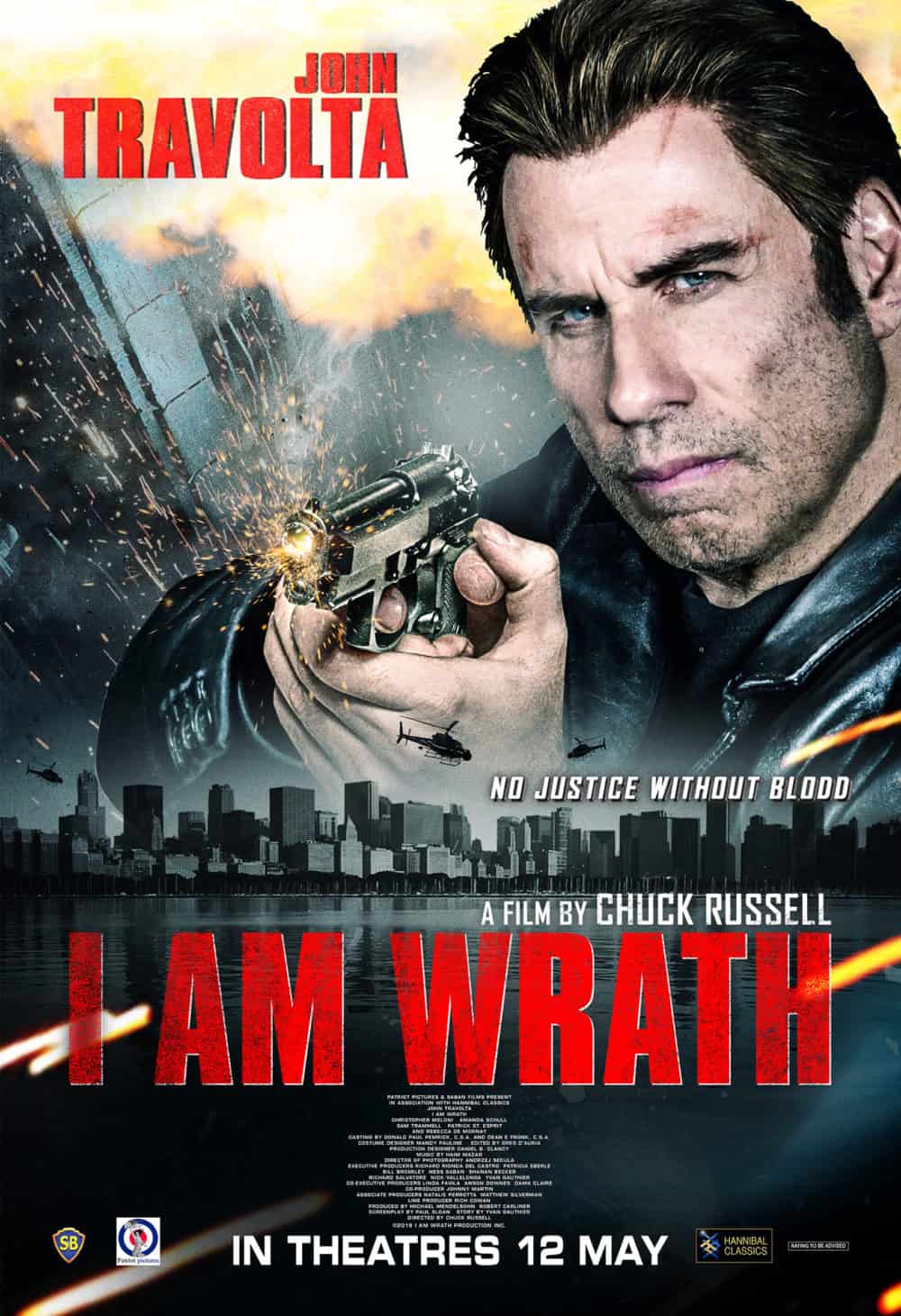 John Travolta is very angry, and you won’t like him when he’s angry. In this action thriller, Travolta plays Stanley Hill, a mild-mannered auto manufacturing plant manager whose wife Vivian (De Mornay) is murdered in cold blood by some thugs right in front of his eyes. Frustrated by the inefficiency of the justice system, Stanley decides to take matters into his own hands in his quest for vengeance. He turns to his old friend Dennis (Meloni), who runs a barbershop but who used to work alongside Stanley in the distant, shadowy past. As Stanley and Dennis cut a swath through the city’s criminal element and uncover a conspiracy involving state officials, Stanley’s daughter Abbie (Schull) finds herself in the thugs’ crosshairs too.

If you’re thinking, “Gee, this sounds like the kind of thing Nicolas Cage would sleepwalk through,” you’re absolutely right. Cage was apparently slated to star in I Am Wrath, with legendary director William Friedkin (The Exorcist, The French Connection) attached, but that incarnation fell through. Instead, we get the man with whom Cage once swapped faces. It’s no secret that every actor wants to be Liam Neeson in Taken, but not every actor has what it takes. Here, John Travolta is one of the least convincing action heroes in recent memory, complete with a paunch and a ghastly hairpiece. It seems odd that Dennis is a barber by trade, and doesn’t mention a word about how odd his pal’s hair looks. 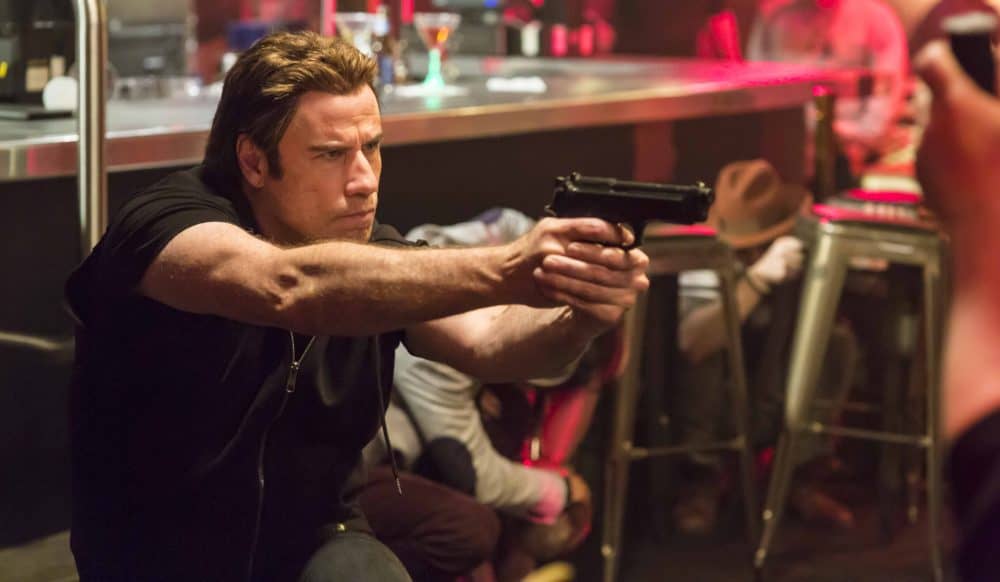 This is a movie that takes itself very seriously, taking its title from Jeremiah 6:11 in the Bible, which begins, “But I am full of the wrath of the LORD, and I cannot hold it in”. Because it is so very difficult to take Travolta seriously as a badass, I Am Wrath flits between being unintentionally funny and just dreadfully dull. His co-star Meloni would make a much better lead – now there’s a believable middle-aged guy who could throw down with gun-toting, knife-wielding no-goodniks. To go earlier than Taken, I Am Wrath clearly wants to be Death Wish. Now, Charles Bronson was a grizzled guy nobody wanted to mess with. Travolta looks like he’s midway through a transformation into a wax statue of himself.

From the stock ‘dead wife motivation’ to the non-descript gangster villains to the corrupt authority figures, I Am Wrath has not a single original bone in its body. The decision to set the movie in Columbus, Ohio seems like an odd one, to say the least. We have nothing against Columbus, Ohio – we’ve never been to Columbus, Ohio – but as filmed by director Chuck Russell and cinematographer Andrzej Sekuła, it looks extremely boring. Incidentally, Sekuła was the Director of Photography on Pulp Fiction, which starred Travolta. I Am Wrath’s tagline is, “I lay my vengeance upon them,” obviously meant to evoke Ezekiel 25:17, the Bible verse famously paraphrased by Samuel L. Jackson’s character Jules Winnfield in Pulp Fiction. Let this be a lesson for every mediocre to terrible movie out there: do not remind the audience of far superior work. 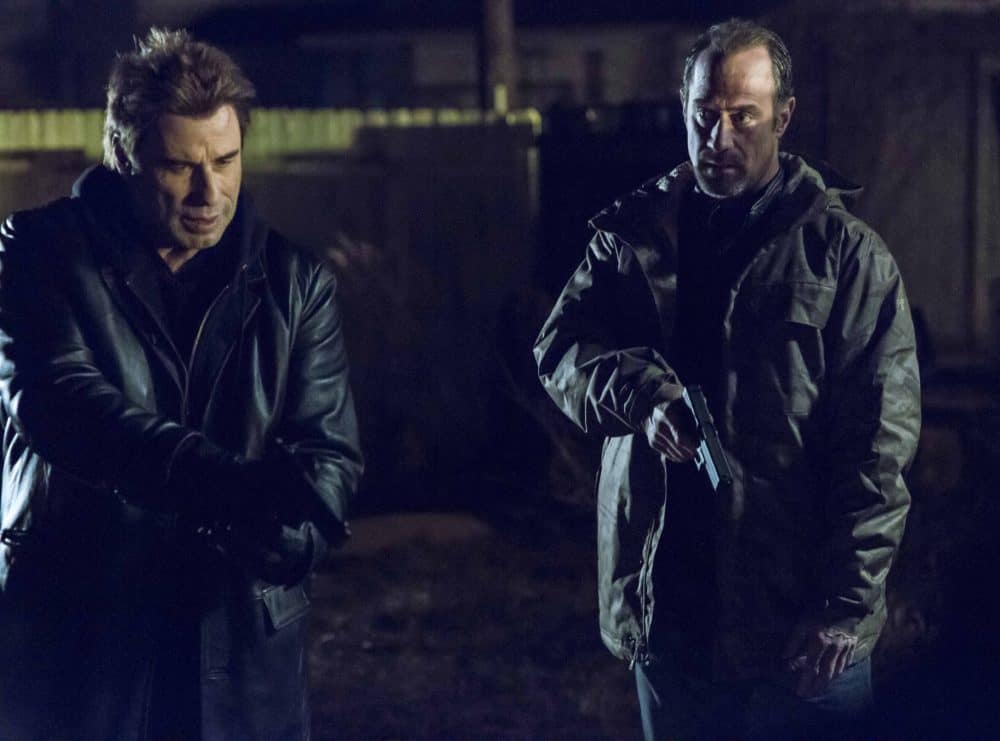 Summary: John Travolta is as unconvincing an action hero as they come in this lazy, wholly forgettable sub-Taken dreck.