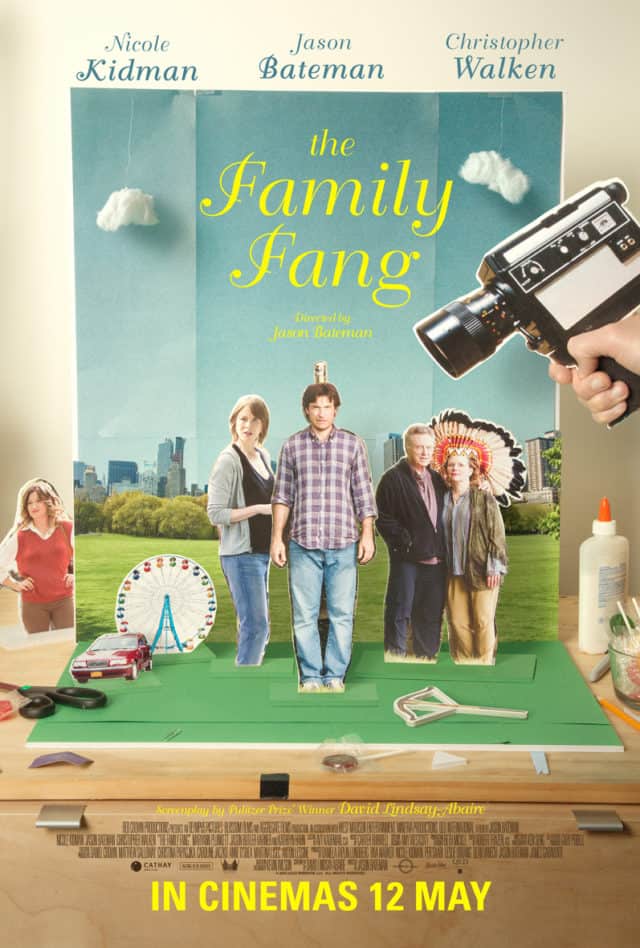 The family that creates art together stays together. Well, maybe that’s not a hard and fast rule. Baxter Fang (Bateman) is a novelist struggling with writer’s block while his sister Annie (Kidman) is a Hollywood actress and frequent tabloid target. As children, Annie was ‘Child A’ and Baxter was ‘Child B’, accomplices in their parents’ elaborate performance art pieces. Caleb (Walken) and Camille (Plunkett) garnered attention throughout the art world, staging various stunts in public with the aid of their children. The now-grown Fang siblings are affected by their past in different ways, and have become estranged from their parents. When Caleb and Camille suddenly vanish, Baxter and Annie immediately assume it’s just another stunt, since their parents have often cried wolf in the name of art. As the mystery surrounding Caleb and Camille’s disappearance thickens, Baxter and Annie are forced to confront some painful, uncomfortable memories, making sense of their roles in their parents’ lives and art.

The Family Fang is based on the 2011 novel of the same name by Kevin Wilson, adapted for the screen by playwright David Lindsay-Abaire. Star Bateman also directs, marking his second outing behind the camera after Bad Words. It is extremely easy for films that are couched as being ‘quirky’ to come off as self-consciously pretentious. The Family Fang revolves around some pretty eccentric characters, but it has one foot firmly planted in a world that is grounded and relatable. In its commentary on modern art, The Family Fang expectedly tends towards the cynical, but Bateman tempers this with surprisingly heartfelt, sincere scenes. 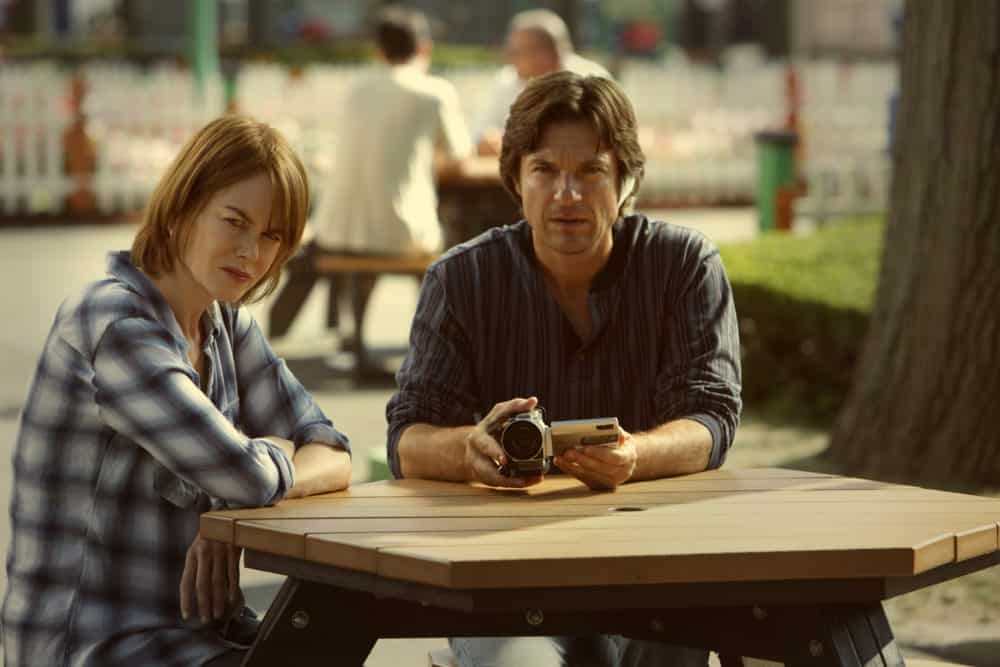 Modern performance art has long been the subject of scoffing and scorn, and many hold the opinion that its practitioners get off on shocking the public and that there’s little value in their work otherwise. Figures like Chris Burden and Marina Abramović are some of the more obvious influences here, with the former being name-dropped in the film itself. While much of the film’s humour is derived from the outlandish nature of the pieces that Caleb and Camille create, Bateman seems careful not to mock them outright. This is a character study, with the central sibling team untangling the enigma of their parents; people who raised them but whom they’ve never quite understood.

Footage of the Fangs’ exploits is spliced in throughout the film, parcelling out the information so we see the evolution of how it all started out as something frivolous and fun, and see how the children began to feel like they were being used as pawns in service of their parents’ egos. Jack McCarthy and Kyle Donnery portray young Baxter at different ages, with Mackenzie Smith and Taylor Rose playing young Annie. Kathryn Hahn plays a younger Camille. Because Walken is so distinctive, Jason Butler Harner’s portrayal of a younger Caleb isn’t wholly convincing. These segments effectively convey two childhoods consumed by misguided passion and give us plenty of reasons why Baxter and Annie are unwilling to re-enter the world they’ve left behind. 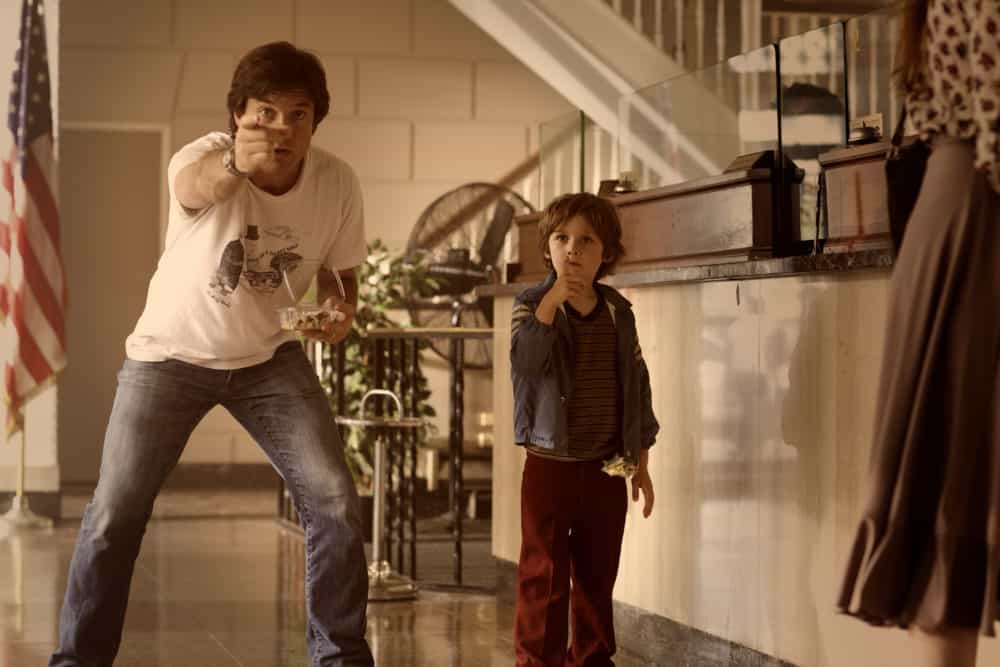 Bateman is as reliable a straight man as they come, a master of the ‘uncertain sideways glance’. Baxter is a bit of a schlub, writing a fantasy novel about a brother and sister that draws on his own relationship with his sister. Bateman’s performance never calls attention to itself, which works great since Baxter is the one nominally normal character in a sea of peculiarity. Kidman has a reputation for being somewhat frigid, so it is wonderful to see her let her guard down and embrace the role of someone who’s flawed but full of life. The scene in which a sleazy director tries to convince Annie that she needs to go topless for a scene in his movie is a solid establishing character moment. Kidman’s natural Australian accent is more than a little distracting, but on the whole, she and Bateman sell their bond as siblings, very quickly getting the audience in their corner.

If you need someone to play eccentric, there’s no question that Walken is your guy. The actor is known for needing very little screen time to steal a movie, and he does make his presence felt in The Family Fang. Caleb is very clearly the ringleader, stringing Camille and their children along in his schemes. His wife goes along with the plans out of love and their kids have no say in it. There are some tough questions in there, chief of which being, “Can what Caleb and Camille did be strictly considered child abuse?” Caleb does not become an over-the-top caricature in Walken’s hands, and his fiery brashness is complemented by Plunkett’s maternal warmth. 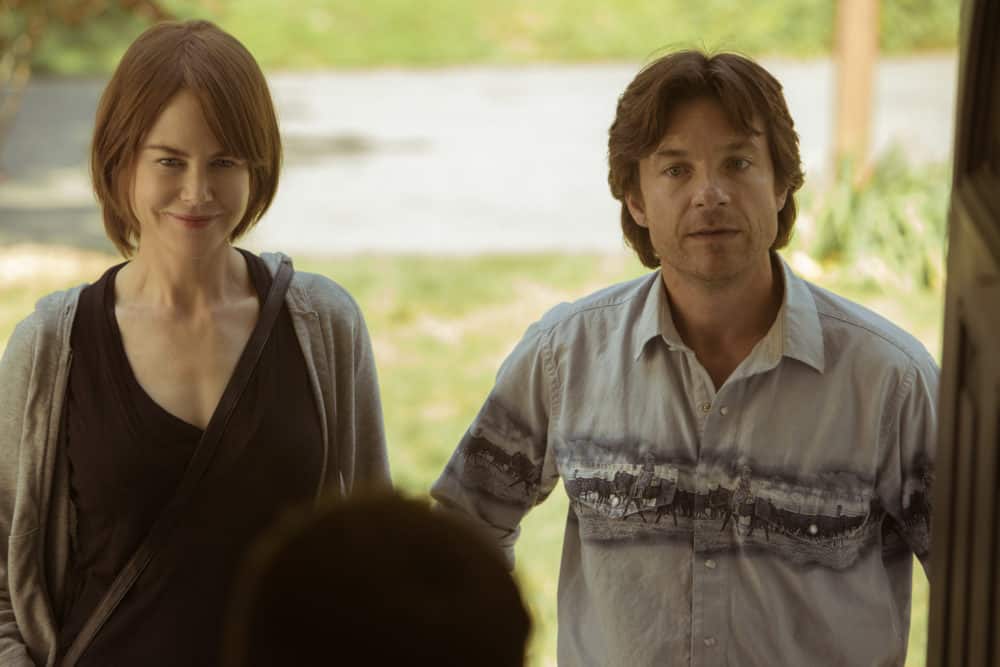 Bateman’s sophomore directorial effort displays some sharp instincts for storytelling. While the central mystery is resolved a little too easily, the story is sufficiently intriguing to draw the viewer in. Any statements the film attempts to make about the art world do not overshadow the emotional journey of its sibling protagonists. It is ultimately quite a marvel that The Family Fang is bereft of the smart-alecky indulgence that tends to afflict films trading mostly on their quirk factor.

Summary: Witty yet far from obnoxious, this dark family comedy-drama is assured in tone and digs into the themes of family relationships while also voicing sound opinions on the world of performance art.