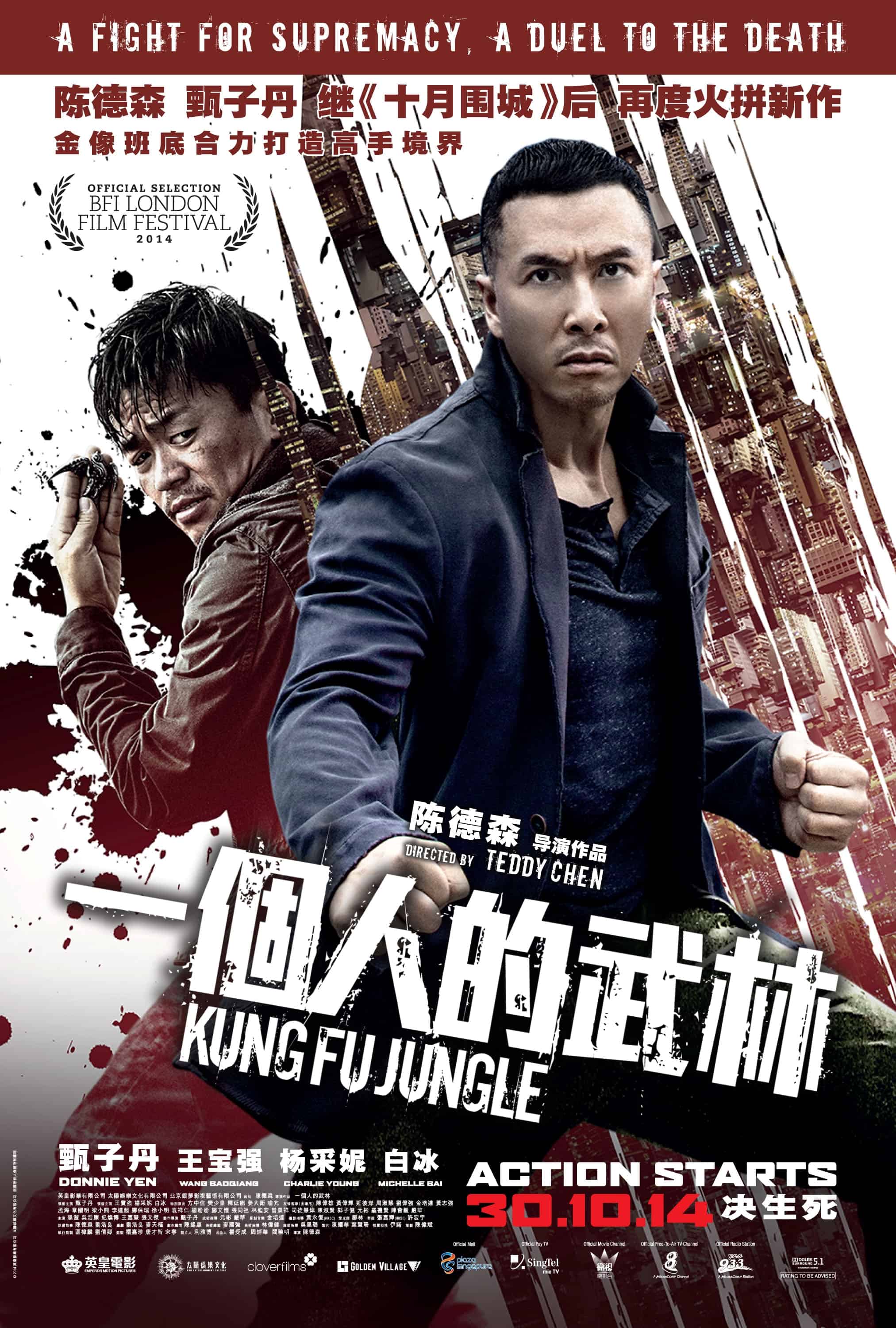 It’s a jungle out there – a kung fu jungle. In Teddy Chen’s martial arts flick, Donnie Yen’s Hahou Mo was once the king of that jungle. A skilled kungfu instructor and martial arts school proprietor who was responsible for training members of the Hong Kong Police, Hahou fell from grace after accidentally killing an opponent in a duel. In the midst of serving his five-year prison term, Hahou hears about a series of murders on the news. A deranged fighter named Fung Ya-Sau (Wang) is targeting Hong Kong’s top martial arts practitioners in a bid to prove his supremacy in the various subsets – fistfighting, kickboxing, grappling, weapon-wielding and, finally, the use of “internal energy”. Hahou approaches Luk Yuen-Sun (Yeung), the policewoman leading the investigation to offer his expertise and is provisionally released to assist the police. He also reunites with his girlfriend Sinn Ying (Bai) who has been operating the school alone in his absence. 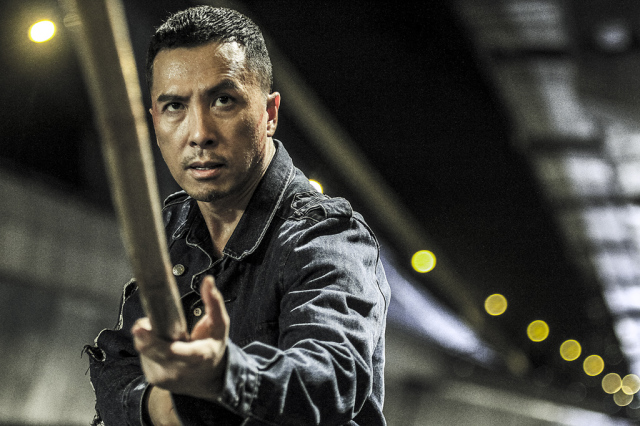 Audiences get a kick out of seeing feats of well-honed physical prowess on display. That’s an integral part of the appeal of competitive sports and Cirque du Soleil-type performances. In cinema, the martial arts genre best exemplifies this. Kung Fu Jungle reunites star Donnie Yen with his Bodyguards And Assassins director Teddy Chen, with contemporary Hong Kong in place of the period setting of that film. Here, the plot exists primarily as a clothesline on which to hang the kungfu battles but, all things considered, it’s not a bad clothesline at all. Our noble hero who’s been wronged has to prove his worth by assisting the wary police in pursuit of a dangerous foe. It’s reminiscent of the 1997 Gary Daniels-starrer Bloodmoon – that film’s director Tony Leung Siu Hong gets a cameo here. Hey, beats the bog-standard “underground martial arts tournament” plot device. We get some exciting set-pieces, including a fight on and around a giant suspended modern-art sculpture of the human skeleton. There are chases on foot across rooftops and through canals on speedboats. There’s also a pretty fun meta moment when Ya-Sau storms onto a movie set to face off against action movie star Hung Yip (Fan). 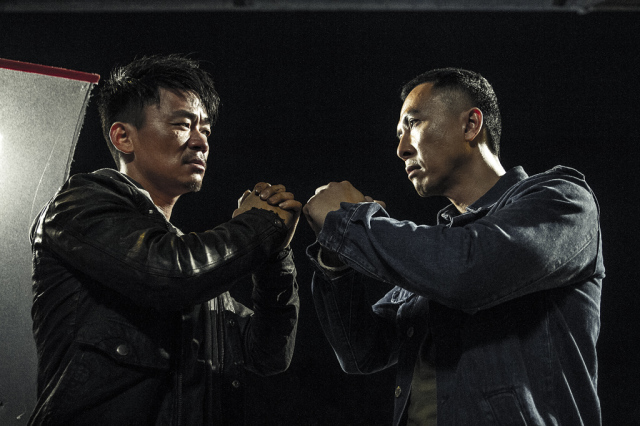 However, Kung Fu Jungle definitely has its lapses in logic and spots of unintentional humour. For example, when Ya-sau enters the film set to confront Hung Yip, the rest of the cast and crew just hightail it out of there and nobody calls for the cops to, at the very least, wait outside the studio to apprehend Ya-sau. There’s also a moment during the climactic clash when our hero, brandishing a long bamboo pole, is running after our villain, also brandishing a long bamboo pole. It’s very goofy and almost worthy of spontaneous Yakety Sax music. That said, Chen has largely achieved a tonal consistency and there aren’t annoyingly long comic relief interludes as can often pop up in this genre. The action choreography by Yen, Yuen Bun and Yan Hua is energetic, intense and creative, although there is more shaky-cam employed than we would’ve liked. Computer-generated effects in Hong Kong cinema are often jarring and dodgy so it’s a good thing that apart from just a few quick bits, the stunt work is all practical and well-executed.

At 51, Yen is still as quick, spry and proficient a martial artist as ever and he just looks awesome onscreen. This reviewer is relieved that after the very embarrassing likes of Special I.D., Iceman and the abysmal Monkey King, Yen’s dignity is more than intact here. True, his acting range is somewhat limited, but “wrongly imprisoned martial arts master” is well within those limits and the focus is rightfully placed on his fighting rather than his acting. Wang works those crazed eyes for all they’re worth and although he does seem like a dangerous, credible opponent for our hero, he has a tendency to ham it up. The “skyward scream” he lets out during a flashback detailing his stock tragic back-story™ really pulls one out of what should’ve been a dramatic moment. Charlie Yeung does make for a believable woman in charge, though it’s nothing we haven’t seen before in this genre. Mdm. Luk doesn’t let Hahou catch a break and the partnership between the martial artist and the police is always somewhat rocky. Bai’s role is just that crucial bit more than “the girlfriend” thanks to a great swordfighting scene she gets to herself. 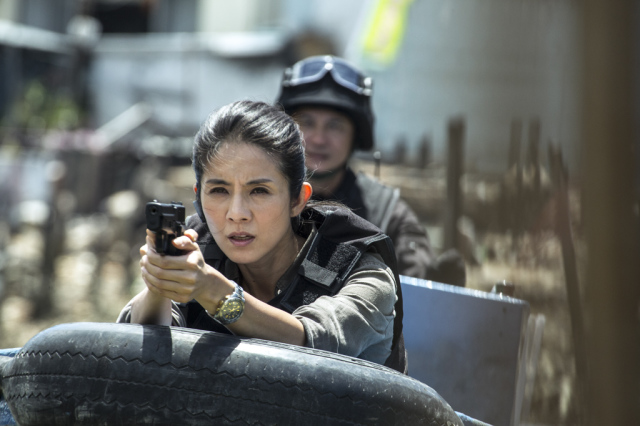 Aficionados of Hong Kong martial arts movies will have fun keeping their eyes peeled for cameos from personalities key to the success of the genre, including veteran producer and Hong Kong cinema pioneer Raymond Chow, actress Sharon Yeung of Drunken Master and Angel On Fire fame and film historian/screenwriter Bey Logan. The movie ends with a great montage in tribute to many influential filmmakers and actors who have kept the martial arts movie tradition alive and kicking. Kung Fu Jungle does have its overwrought moments but the good number of exhilarating fights and leading man Yen’s presence makes this worth seeing for anyone who digs kungfu movies. 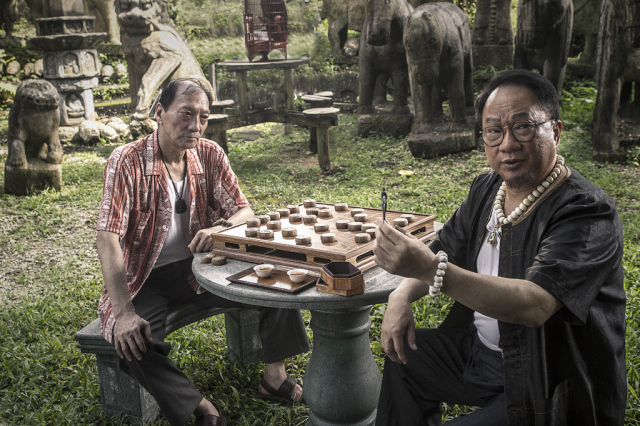 Summary: An uncomplicated plot, great action sequences, a palpable affection for its predecessors in this genre and Donnie Yen doing what he does best make this a fun rumble in the jungle.