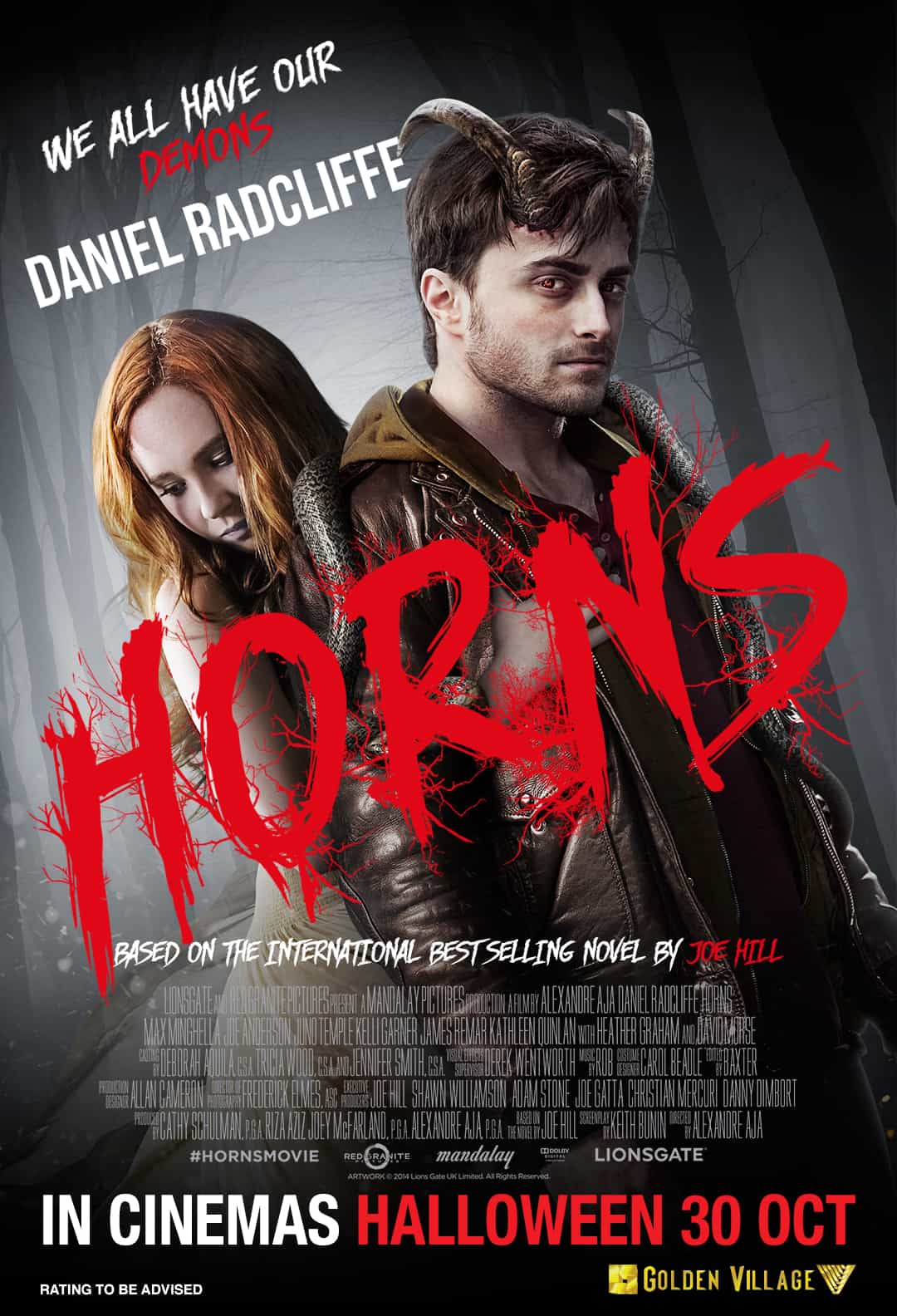 Oh, Daniel Radcliffe, how he has grown since his days playing a boy wizard! Most recently seen playing a young Allen Ginsberg in Kill Your Darlings, Radcliffe’s post-Harry Potter career has been full of interesting roles and performances. His latest attempt to emerge from the shadow of the Harry Potter franchise continues with his turn as Ig Perrish in Horns, a magic-realist crime thriller based on the novel by Joe Hill. It’s a film that mashes together several genres, but never really finds a consistent tone. 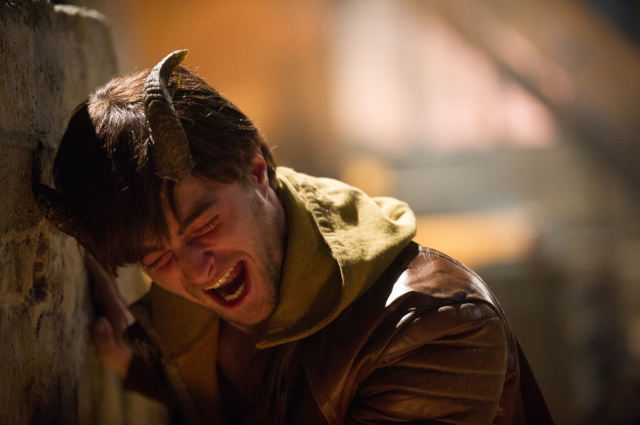 Radcliffe’s Ig Perrish is a DJ who is wrongly accused for the murder of his longtime sweetheart (Temple). His townspeople all think he did it. Lonely and fearful, he takes to the bottle for solace, takes out his anger on God and renounces his faith in the Almighty Fella. His anger leads him on a relentless quest to discover the real murderer of his girlfriend, and things take a dark, twisted turn when he wakes up one morning to find horns growing out from his head.

With the growth of Ig’s horns also comes the acquisition of strange powers, one of which is the ability to control a couple of magical snakes that follow him wherever he goes (a clear-as-hell – pardon us for the cheap pun – reference to Satan), and which obeys his commands. After a visit to his doctor, he also discovers he wields the power to compel people around him to reveal their true feelings and act on them. 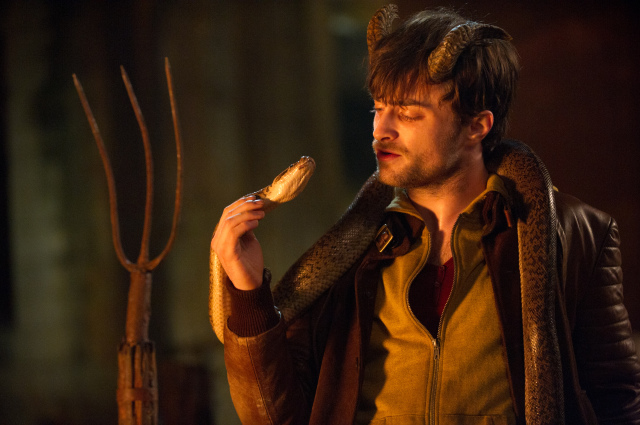 After he gains his powers, he goes around town to continue his vigilante’s quest, and investigates whomever he comes across. This provides for plenty of material for humour. Among the funniest encounters include a meeting with a girl who eats way too many donuts. But the funniest one by far is how he manages to coax two policemen into revealing their sexual desire for each other, and then manages to convince them into getting it on.

The dark comedic segments of Horns are its most entertaining parts, but it ultimately doesn’t fit well with the rest of the film. Horns struggles to find a consistent tone, and director Alexandre Aja seems so preoccupied with the superficial novelty of the premise that he neglects its more serious philosophical implications. There is a tragic element in the film that is just washed away by Aja’s devotion to the comedic. The film confuses with its strange tones, and never really succeeds as a murder mystery, or a horror film, or a dark comedy. 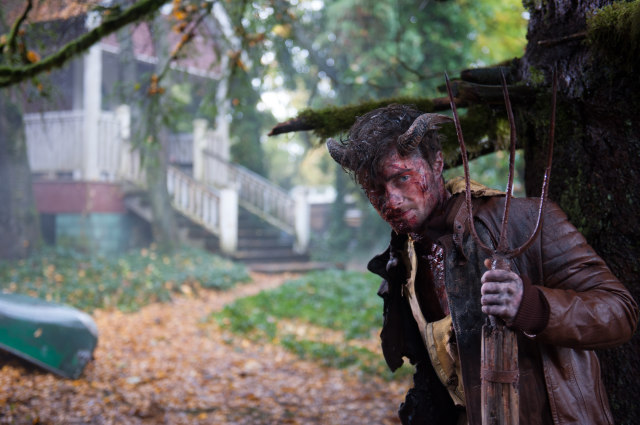 That said, Aja imbues the film with a sensual, visceral quality. Aesthetically, the film looks fantastic. Its soundtrack also lends the film a hypnotic, dreamy vibe. It’s a feast for the eyes and ears.

It’s a pity Aja squanders the film’s premise. While Horns could have made room for pointed philosophical musing, in the end, all we get is some very jumbled moralising. Its Christian imagery (snakes, crosses, horns, an apple) doesn’t come together in any meaningful way, and seem more like props to the film than something central to its message. The film is ultimately more style than substance, though, yes, its style is pretty darn intoxicating. 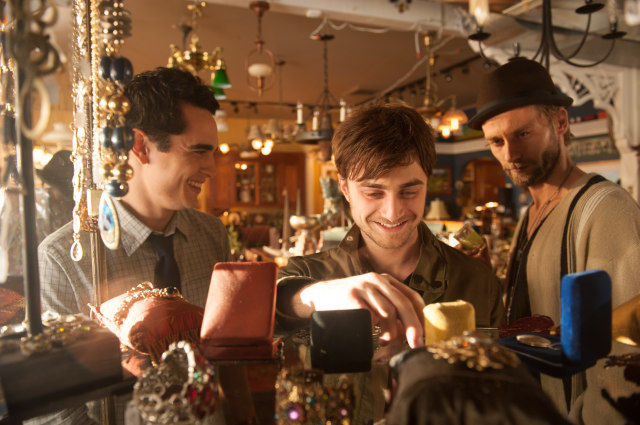 Summary: More style than substance, but its style is pretty darn intoxicating.