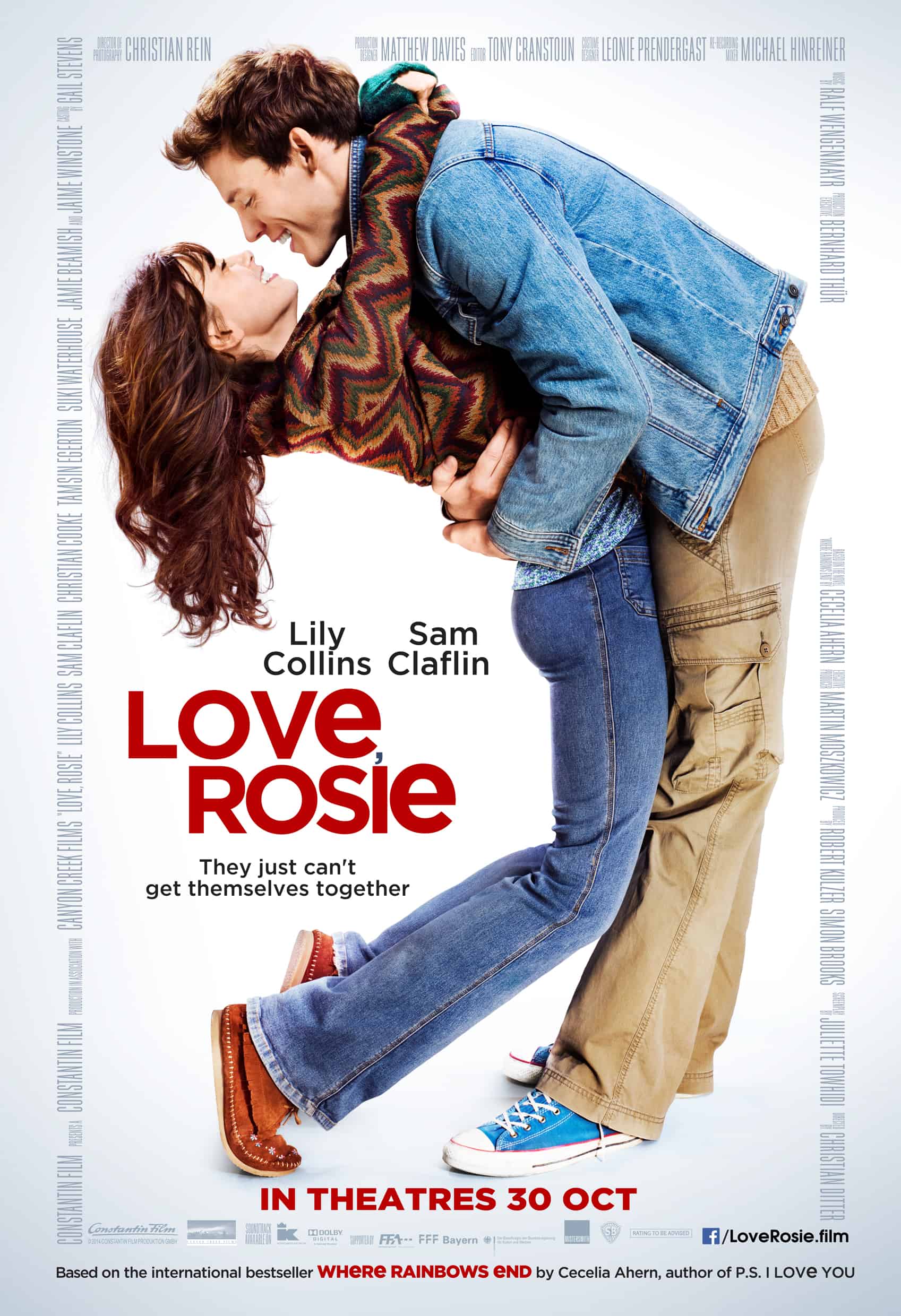 Romance novelist Cecilia Ahern made a bit of a splash in chick-lit circles when her second novel, Where Rainbows End, was published in 2004. It was a tale of two people who were clearly perfect for each other but could never seem to find their way towards being in love, told in the form of e-mails, text messages and letters. The story itself was predictable, but the format was reasonably hip and refreshing at the time. Ten years later, the book has been turned into a slight but amiable romantic comedy for the silver screen. The film isn’t particularly hip or refreshing, but boasts just enough charm and emotion to entertain – even if it isn’t a film that will stay with you for long afterwards. 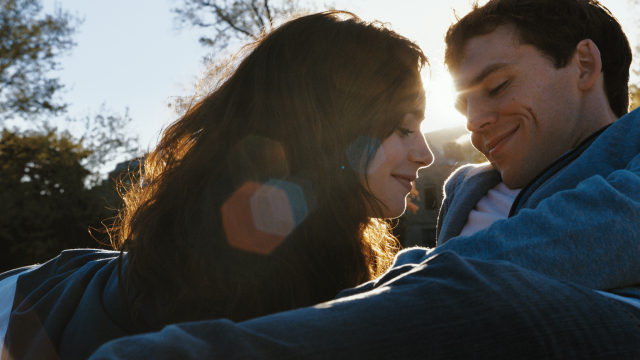 Rosie Dunne (Lily Collins) has been best friends with Alex Stewart (Sam Claflin) since they were kids. They’ve always meant the world to each other, but have never become more than friends. At their high-school prom, they ask other people to the dance. Alex moves to Boston to begin his studies in medicine, and Rosie must stay behind due to an unexpected pregnancy. Over the next several years, she raises a child on her own, and he gets married. Through all of life’s changes and upheavals, they still pop up on each other’s radar, connected via e-mails, text messages and a bond that one suspects can never really be broken.

That’s pretty much it, really – the outcome of the film is never in doubt, however long it might take to get there. Indeed, one problem with Love, Rosie is that it does take a relatively long time to get to the point, even though it’s tried to simplify Ahern’s novel by merging characters and removing subplots. The longer it goes on, the harder it becomes to buy into the various situations, events and misunderstandings that conspire to keep Alex and Rosie apart – whether it’s his marriage or hers, the rekindling of old relationships, or plain ol’ geography. Their relationship is so heavily peppered with coincidences and mishaps that it could have made a decent dark melodrama about the dangerous effects of co-dependency. 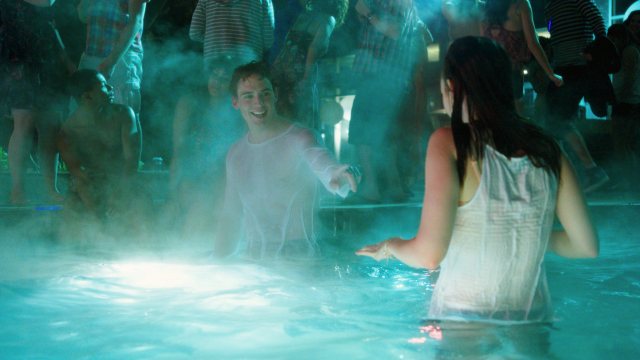 And yet, for all its plot problems, Love, Rosie is a mostly charming affair. There’s some real depth to the relationship between Rosie and Alex, one which transcends both friendship and romance in unexpectedly touching ways – whether it’s her decision not to ruin his future by telling him about her pregnancy, or the comfort he selflessly gives her when she’s struggling to stay afloat in the wake of a family tragedy. Thrown into the mix is the sweet chemistry shared by Collins and Claflin, who are both very cute and very committed to making their roles work. (Collins never feels or looks old enough to play the mother of a teenage girl, even one who had her kid as a teenager, but that’s a minor quibble.)

Considering how predictable the story is, it’s something of a minor miracle that Love, Rosie works at all. But it does, for the most part, whenever it manages to find the heart and humour of its characters and their almost painfully intertwined lives amidst its many narrative contrivances. It’s not great art, or even one of the great romantic comedies, but it’s a surprisingly decent diversion – one that should please Ahern’s fans and perhaps win her a few new ones.

Summary: Slight and predictable, but just amiable enough to work.