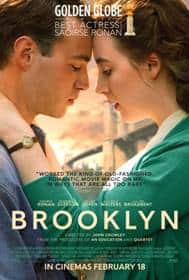 One heart is torn between two lands in this historical romance. Said heart belongs to Eilis Lacey, a young woman from the small Irish town of Enniscorthy. Eilis’ older sister Rose (Glascott) arranges for Eilis to go to Brooklyn in search of better prospects, Eilis leaving Rose and their mother (Jane Brennan) behind. Father Flood (Broadbent), a priest active in the Irish community in Brooklyn, arranges for Eilis to stay in a boarding house run by the landlady Madge Kehoe (Walters). Father Flood also enrols Eilis in bookkeeping classes at a night school. Eilis meets and soon falls in love with Tony Fiorello (Cohen), a plumber from an Italian family. When Eilis returns to Ireland after a family emergency, she begins spending time with eligible bachelor Jim Farrell (Gleeson), a mutual acquaintance of Eilis’ best friend Nancy (Eileen O’Higgins). The small Enniscorthy community, unaware that Eilis is already in a relationship with an American boy, expects her and Jim to end up together. Eilis begins to re-evaluate the future she has planned, feeling the pull of home and of the promise of a bright future in Brooklyn. 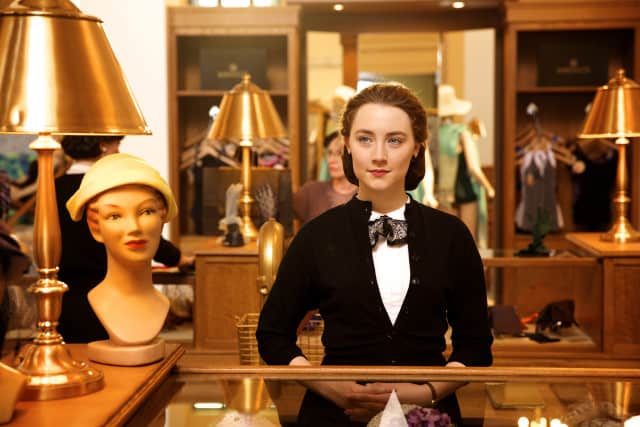 Brooklyn is based on the novel of the same name by Irish author Colm Tóibín, adapted for the screen by Nick Hornby. This is not a particularly grand story, but the intimacy and honesty of the tale draws one in. Director John Crowley has crafted a drama that is earnest and wonderfully devoid of cynicism. It’s a throwback to a bygone era without being self-conscious and it captures the period in eminently relatable fashion. While Eilis is meant to represent any number of young Irish girls stepping across the pond to forge new lives in America, the story doesn’t sacrifice the character’s individuality in the process. Its portrayal of the immigrant experience is quietly stirring and thoughtful rather than overtly political. Tonally, Brooklyn hits all the right marks to make a maximum impact: there’s a pervading melancholy that achingly conveys what it feels like to be homesick, but the film never becomes dreary and Hornby’s script contains well-placed moments of wit and humour. 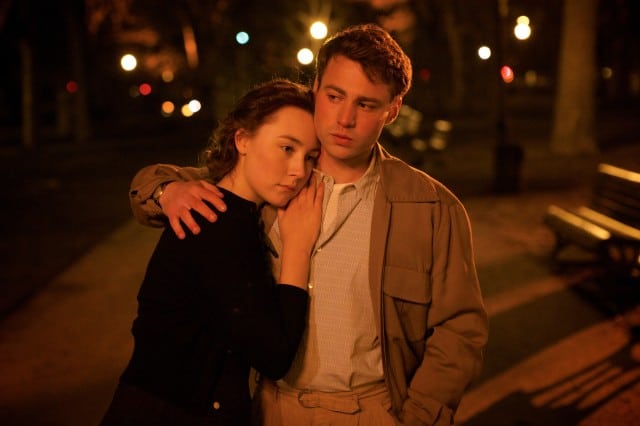 Ronan reminds us yet again why she’s among the finest performers of her generation, Brooklyn capitalising on her talents in the best way possible – she gets to use her delightful natural Irish brogue, for one. The blend of impish charm, raw vulnerability and emotional depth that Ronan brings to the role of Eilis is ever so appealing. The audience is in her corner from minute one and it is satisfying to see the initially tremulous Eilis’ confidence gradually increase as she becomes accustomed to her new life in Brooklyn. As an Irish-American herself, Ronan says she identifies strongly with Eilis’ journey. With this role, Ronan has become the second-youngest actress to be nominated for two Oscars. One hopes that many more projects like Brooklyn find their way to her. 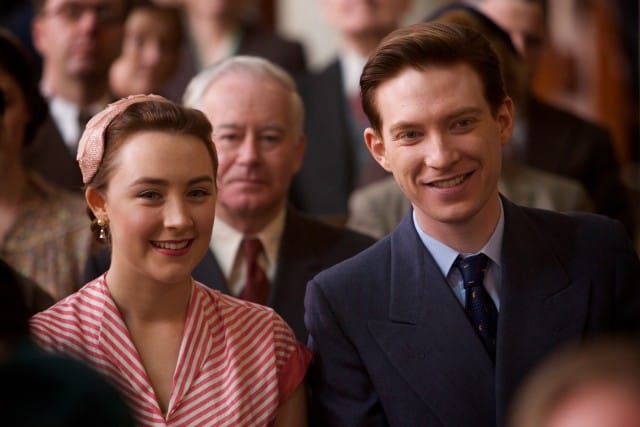 The film’s portrayal of young love is clear-eyed and just sentimental enough, Cohen endearingly awkward and just sweet as can be as Eilis’ suitor Tony. The “aww shucks” factor he brings to the part comes off as genuine and wistfully romantic without straying into sappiness. We’re cheering for Eilis and Tony to stay together, so Gleeson has an uphill battle in making Jim seem like anything more than a nuisance. His measured dignity ensures there is an actual conflict as to who Eilis ends up with. Walters and Broadbent are perfectly cast as the stern, traditional landlady and the kindly priest respectively. Eilis’ housemates are sometimes catty, but the girls do form a certain camaraderie. A scene in which two of them teach Eilis how to twirl spaghetti without making a mess, in preparation for Eilis’ visit to Tony’s house for dinner, is amusing and heartfelt. 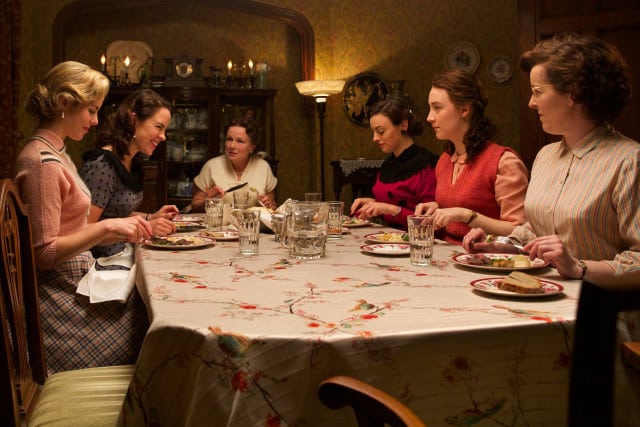 Brooklyn is comprised of several conventional narrative elements, but it ends up being far more than the sum of its parts. This is a relatively simple story that is absolutely captivating, a romance that is sweet but not cloying, a drama that is heart-rending yet not manipulative. The specificities of the setting and the care taken in realising the 50s Brooklyn and Enniscorthy locales imbue the movie with texture and authenticity. It’s old-fashioned but steers clear of stifling stodginess and is resonant even if one doesn’t have a personal connection to the specific culture and period depicted. Lyrical, engaging and sincere, Brooklyn is a work of disarming beauty.