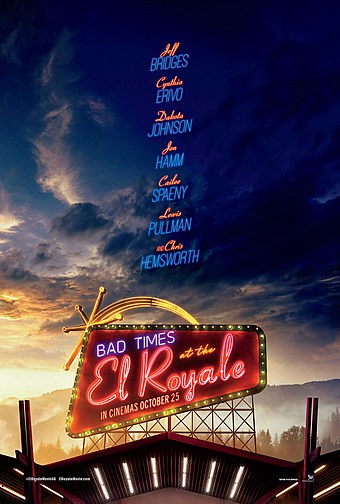 Set in post-Vietnam war America in the 1960s, Bad Times At The El Royale is a crime thriller reminiscent of the neo-noir classic Pulp Fiction but with a touch of modern cinema. Director-writer Drew Goddard, who wrote box office successes (The Martian, Cloverfield) and made his directorial debut with Cabin In The Woods, brings a hint of it to El Royale but is by no means derivative.

Starring multiple Academy Award nominee Jeff Bridges (True Grit, Hell Or High Water) as a shady priest, Father Flynn, and singer and break-out actress Cynthia Erivo as a cast-out singer, Darlene, the movie goes in directions that will constantly catch you off guard throughout the lengthy but engaging 142 minutes. 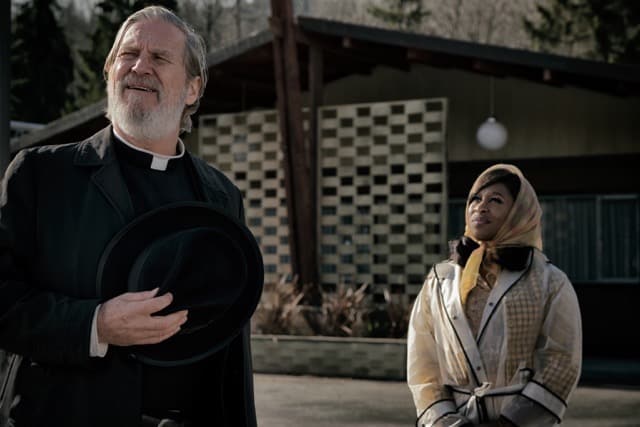 The movie starts off with a long, wide one-shot of the interior of a motel room as a suspicious man enters, turns on the radio, and hides a huge duffel bag under the floor — all while 26 Miles by The Four Preps plays in the background as he rhythmically removes and hammers back the floorboards.

The film cuts to 10 years later where Father Flynn and Darlene meet and are promptly joined by a few other characters. Jon Hamm plays an over-the-top cocky vacuum cleaner salesman, Dakota Johnson is an uncouth but stunningly pretty hippie, and Lewis Pullman portrays El Royale’s everything-manager. 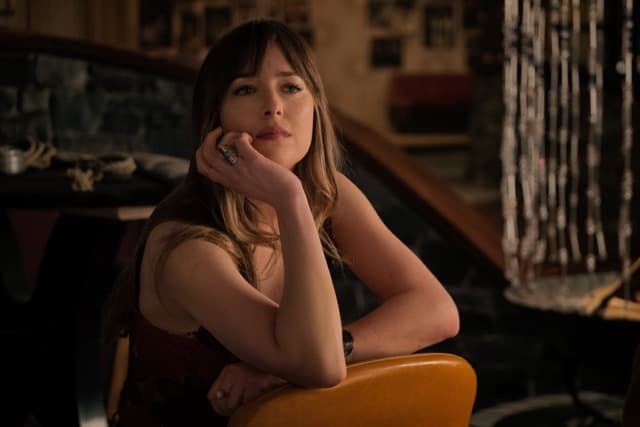 That’s where the movie starts going in multiple forks, slowly unravelling the mystery behind the deserted motel and secrets of our characters. El Royale is one of those movies where your full concentration is infinitely rewarding — director Drew Goddard plants subtle clues in almost every scene and those with an eye for detail and a decent memory will enjoy it all the more.

What makes El Royale special is how it does what classic crime noirs did well — much of the story is told without dialogue and instead relies a lot on observing the characters’ expressions and actions and masterfully staged shots. Goddard makes use of almost every camera angle in the playbook to maximum effectiveness. 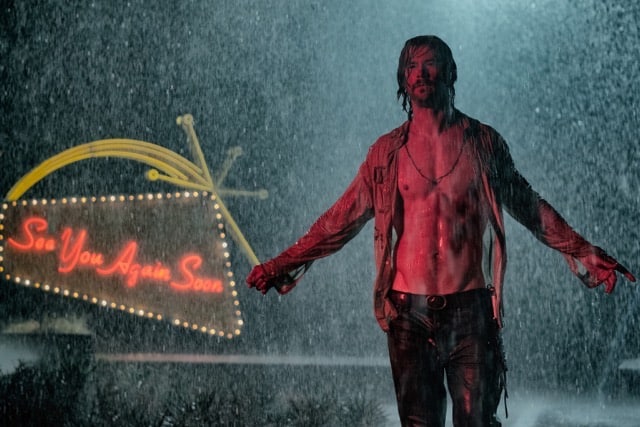 Appearing only in the second half is Chris Hemsworth (Avengers) in a rare portrayal of a villain character, playing a Charles Manson cult leader with extraordinarily toned abs. He’s accompanied by ‘Boots’ (Cailee Spaeny), Johnson’s younger sister who’s obsessed with him and wears one too many creepy and chilling blank stares.

There’s nothing else that can be said about the movie and characters without spoiling a major plot point. And trust us, you’ll want to walk into El Royale completely blind to the story, as did our characters.

Summary: Buckle up for an exhilarating ride of shocking revelations and cathartic dialogue nailed by phenomenal performances.