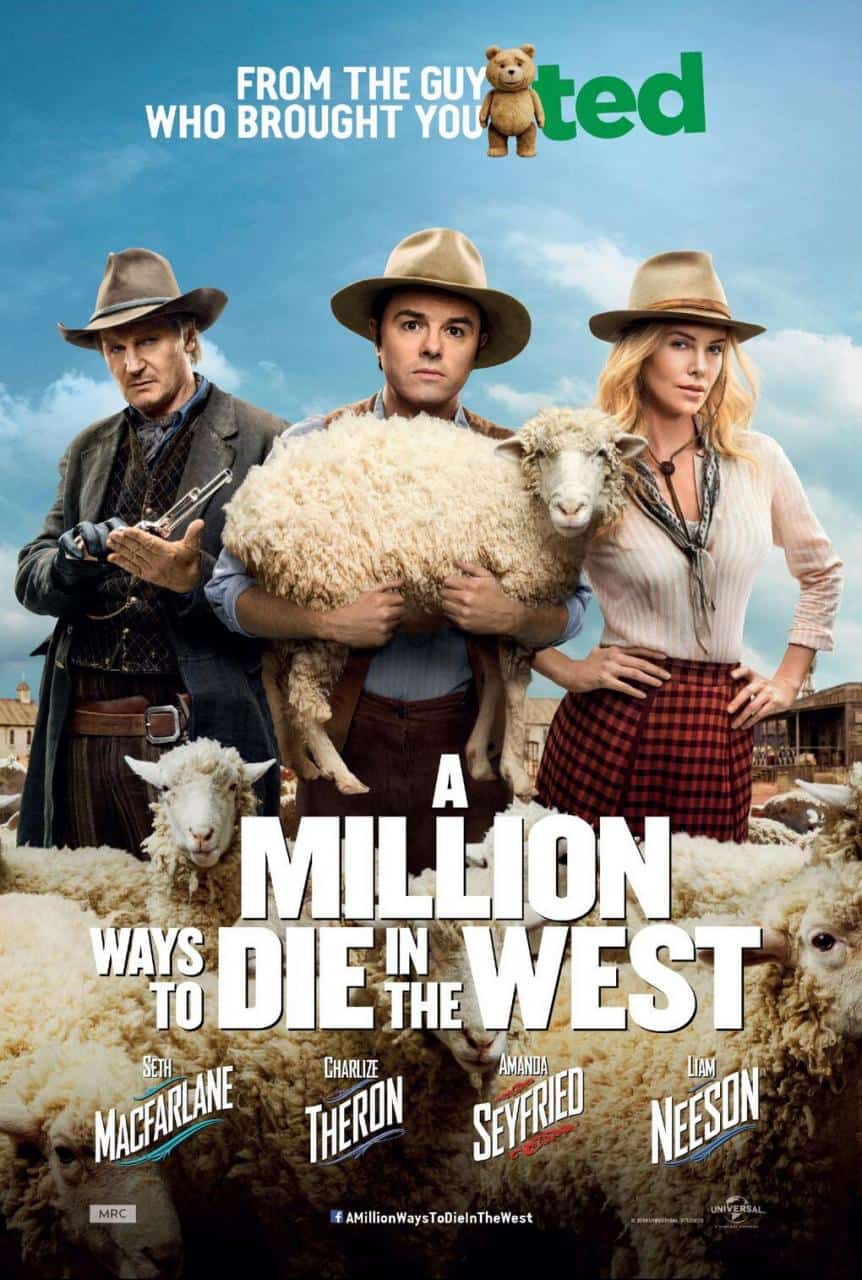 Directed by, starring and co-written by Seth MacFarlane, here’s the film that details why life in the American frontier was hard, no matter what your station. MacFarlane plays Albert, an unassuming sheep farmer in the town of Old Stump, Arizona whose girlfriend Louise (Seyfried) leaves him for Foy (Harris), a dashing, arrogant moustache tonic salesman. Anna (Theron), the wife of notorious outlaw Clinch Leatherwood (Neeson), arrives in Old Stump, hoping to lie low while her husband continues tearing up the region. She befriends and soon falls in love with Albert, the sheep farmer unaware that his new paramour is in fact married to the most dangerous man in the land. 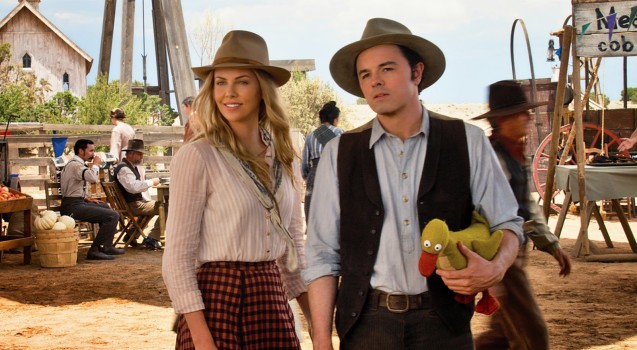 The marketing for this film includes an online flash game that is a funny, entertaining spoof of the classic educational video game The Oregon Trail. Alas, nothing in the film itself quite matches the creativity of that tie-in. A fair number of the jokes in A Million Ways to Die in the West land, but the film is overly reliant on lowbrow bodily-function gags and “shocking”, cartoony violence. The movies’s biggest laughs are provided by the surprise celebrity cameos and a joke involving an offensively-themed shooting gallery gets a satisfying payoff during the end credits. However, one of the best of these was completely spoiled in a TV spot, making this yet another example of a comedy where the laughs are run into the ground by the trailers. 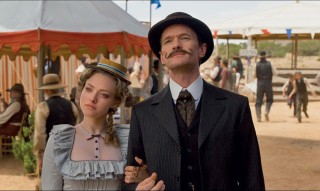 The film hinges on its main character, Albert the sheep-farmer, being likeable enough that audiences will want to root for him to survive all those million possible methods of death. Seth MacFarlane is not likeable. This is not a controversial statement. A Million Ways to Die in the West would have benefitted from a different lead actor but this being the vanity project it is, that was unlikely to happen. With Ted, he was able to hide behind a computer-generated stuffed toy but here, his shortcomings as a leading man are all too apparent. One adjective often used to describe the Family Guy creator is “smug”. “Smug” is pretty much on the opposite end of the spectrum from “hapless, sweet, unassuming and well-meaning”. 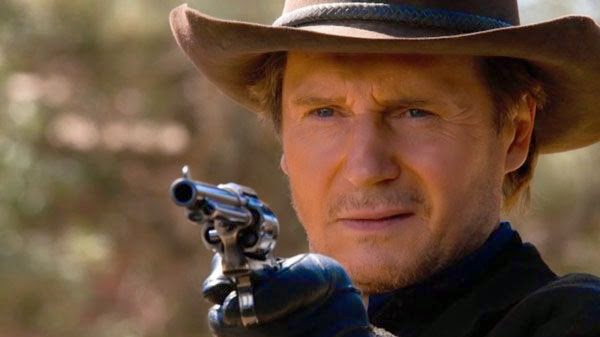 MacFarlane has surrounded himself with an excellent supporting cast, but because he is positioned as the film’s focal point, their presence seems merely perfunctory. Charlize Theron makes for a fun, watchable Annie Oakley-type but as her on-screen husband, Liam Neeson gets the short shrift. While he has slightly more screen time than in Battleship, one can’t help but feel sorry for the actor who has redefined the term “badass” when he’s forced to bare, well, ass. Family Guy fans will be tickled by the casting, since one cutaway gag featured Liam Neeson struggling with his accent in a cowboy film (he retains his Northern Irish brogue here). Neil Patrick Harris relishes the chance to gnaw at the scenery and he certainly rocks that well-coiffed handlebar moustache, in addition to dancing to the Stephen Foster folk ditty “If You’ve Only Got a Moustache”. Giovanni Ribisi and Sarah Silverman are amusing as Albert’s best friend Edward and Edward’s prostitute girlfriend Ruth respectively, if you don’t mind hearing Sarah Silverman graphically describe sex acts.

A comedic Western in this day and age is a fairly ambitious prospect and something of a gear change from Ted, but MacFarlane fails to mine the opportunities presented by the premise, this outing proving yet again to be too self-indulgent. At 116 minutes long, this does meander and there’s the threat of tumbleweeds, but it would be too harsh to say A Million Ways to Die in the West is completely laugh-free. Co-writers Alec Sulkin and Wellesley Wild, who also worked on Ted and Family Guy with MacFarlane, retain a somewhat mean-spirited sense of humour (the poster has a cactus resembling a hand flipping the viewer off) but once in a while do offer inspired gags. Just not quite often enough.