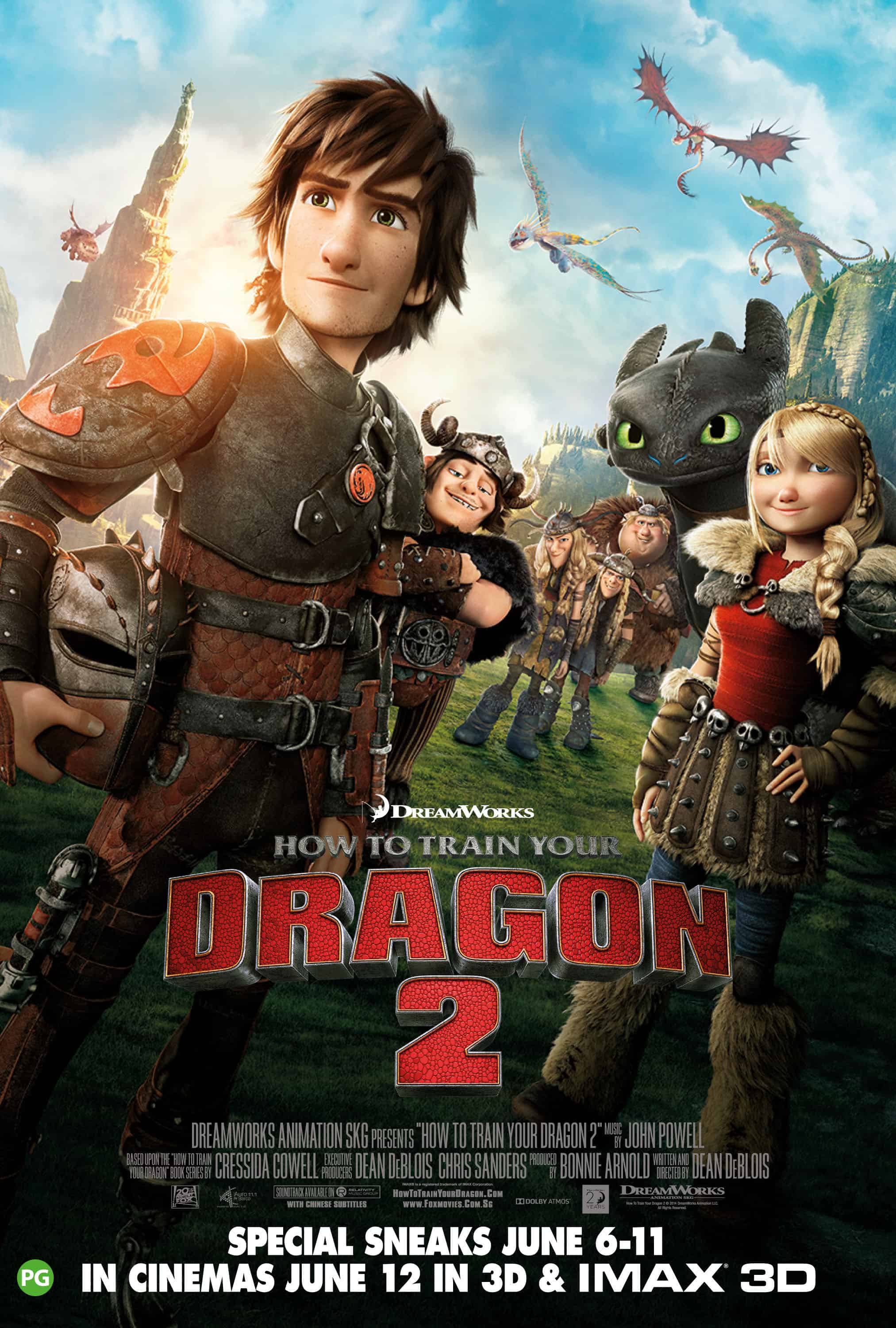 From the Mother of Dragons to Smaug the Terrible, those mythical winged reptiles we know, love and sometimes fear have re-entered pop culture in a big way. 2010’s How To Train Your Dragon, inspired by Cressida Cowell’s book series, had a part to play in it as well. Five years have passed since the events of that film, humans now living peacefully alongside dragons in the Nordic island village of Berk. Hiccup (Baruchel), poised to inherit the role of chieftain from his father Stoick (Butler), has grown inseparable from his beloved Night Fury dragon, Toothless. Hiccup and Toothless stumble across a remote ice cavern, a secret dragon haven and home to Valka (Blanchett), a mysterious, feral dragon master. They also come into conflict with the fearsome dragon hunter Drago Bludvist (Hounsou), with whom Stoick had a treacherous encounter in the past.

The first How To Train Your Dragon film is one of the best “A boy and his X” tales ever put on screen, right up there with the likes of E.T.: The Extra-Terrestrial and The Iron Giant. It was also a breath-taking visual feast and in that regard, the sequel ups the ante. The flying sequences are as exhilarating as ever and the 3D effects are stunning, particularly when large ice structures break apart and fall towards the camera. The action sequences are fluid and dynamic and the character animation is lively and detailed. If you were struck by how adorable Toothless was in the first film (and really, who wasn’t) prepare to go “d’aww” and giggle more times than you can care to count. The animators optimise every inch of the cuddly Night Fury to convey his emotions: he’s swift and nimble one minute and friendly and silly the next. Oh, how we’ve missed Toothless on the big screen. This film also boasts a career-best musical score from composer John Powell, who snagged his first Oscar nomination for How To Train Your Dragon.

It pains us a little to say this, but when it comes to the story, How To Train Your Dragon 2 has a mild case of sequelitis. How To Train Your Dragon ended with such an equilibrium, the relationships between Hiccup and his father, between Hiccup and his girlfriend Astrid (Ferrera) and between Hiccup and Toothless all arriving at a satisfying place. We’re sure DreamWorks fully intended for it to spawn a franchise, but it concluded so neatly that there didn’t seem to be too many places to go in a sequel. The interactions between the characters are still fun to watch and there are still genuine emotional moments, but this just lacks the warmth and drive of its predecessor. We’ve also got a villain who’s simply kind of there, Drago’s design strongly reminiscent of Shan Yu from Disney’s Mulan. An attempt is made to connect him with Stoick’s past and Hounsou sounds sufficiently gruff and menacing, but Drago ends up being little more than a generic physically imposing bad guy, complete with scars and dreadlocks. His flame-retardant dragon skin cape is pretty cool, though.

This reviewer’s theory as to why How To Train Your Dragon is one of the best movies in the DreamWorks Animation oeuvre is that it feels the most Pixar-like. This may sound like a back-handed compliment, but DreamWorks’ trademark all-star voice cast and hip, pop-culture referencing humour did wear on many moviegoers’ nerves. How To Train Your Dragon didn’t have a gaggle of marquee name A-listers in the recording booth and was all the better for it. All of the major cast members from the first one, including Baruchel, Butler, Ferrera and Craig Ferguson, return here. Baruchel doesn’t have a typically heroic voice, and it works for Hiccup. Here, we get a Hiccup who has matured, Baruchel adjusting his performance accordingly. Cate Blanchett is an excellent addition to the cast, her delivery at once ethereal and earthy. Apparently, DreamWorks didn’t want a spoiler regarding her character Valka to be revealed, but marketing pushed its inclusion in the trailers anyway. It really does work better if you go into the film blind, hence our beating around the bush in this review.

Fans of the first film are unlikely to find anything to hate with the continuing adventures of Hiccup and Toothless. However, given how heartfelt How To Train Your Dragon was and how riveting the story of Hiccup and Toothless’ mutual bond was, one can’t help but feel let down by the sequel. There’s also a fair bit of mood whiplash going on; we get lots of pleasant humour but the transition to the rather heavy and dramatic climax is a tad sudden. Still, there are worse cinematic locales to return to than the island of Berk, and we have to admit we derived some glee from seeing those poor frightened sheep in jeopardy during the Quidditch-like dragon race at the beginning of the film. 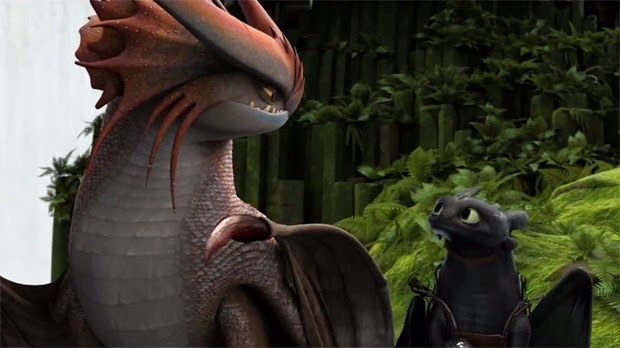 Summary: How To Train Your Dragon 2 has sweeping visuals, great music and more of Toothless being cute, but also suffers from a weaker story, treading water in places.