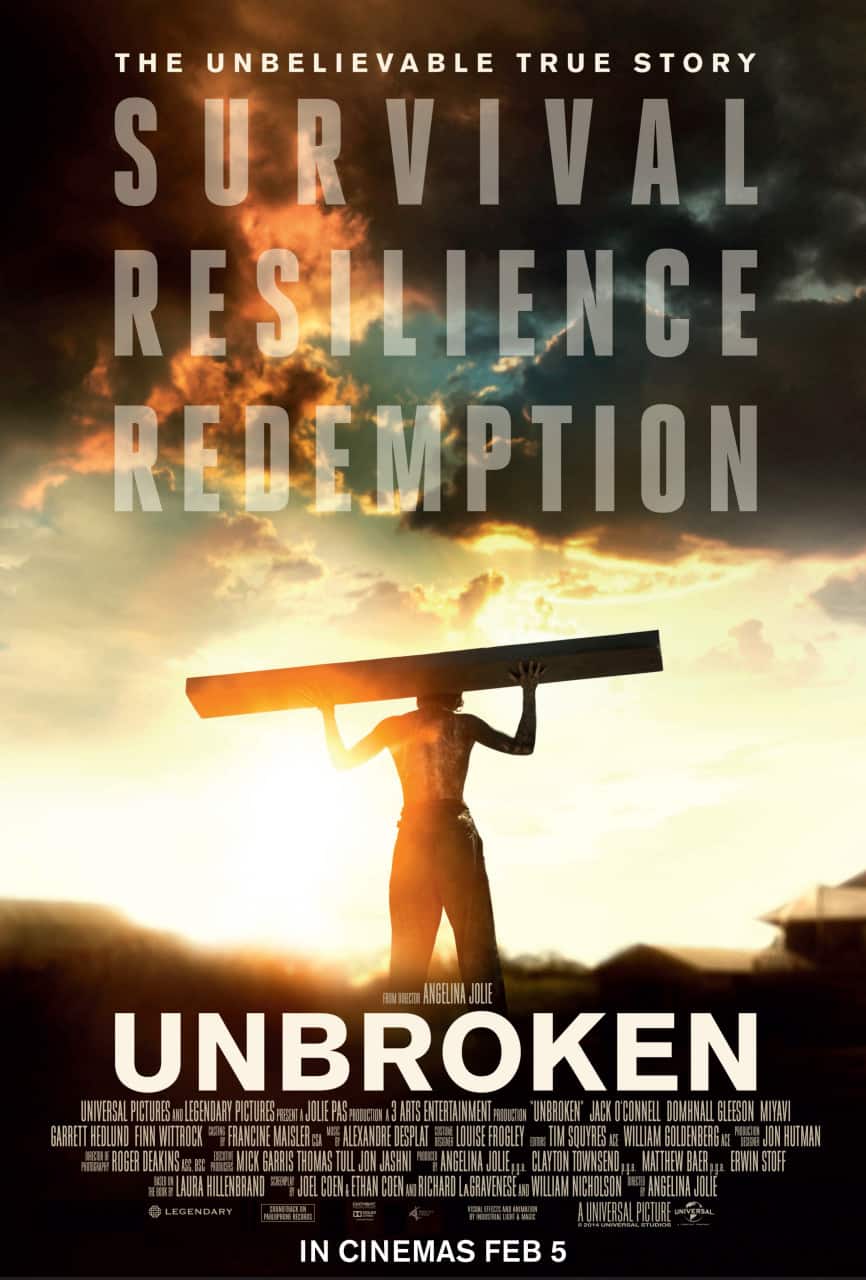 Many are all too familiar with the tragedy of war, but there is no shortage of truly uplifting accounts of those who were able to weather inhospitable conditions and tremendous odds to emerge victorious on the other side. Unbroken tells the remarkable true story of Louis “Louie” Zamperini, played by Jack O’Connell with C.J. Valleroy portraying Zamperini as a child. A record-breaking track and field athlete who represented the United States at the 1936 Olympics in Berlin, Zamperini goes on to enlist in the Air Force during the Second World War. After a rescue mission goes awry and his plane crashes into the water, Zamperini is stranded at sea alongside two fellow servicemen Mac (Wittrock) and Phil (Gleeson). Zamperini and Phil are found 47 days later, only to be thrown into a Japanese prisoner-of-war camp. Their captor Cpl. Mutsuhiro “The Bird” Watanabe (Miyavi) makes repeated cruel attempts to break Zamperini’s spirit, but he remains steadfast.

Unbroken: A World War II Story Of Survival, Resilience, And Redemption, the non-fiction book by Seabiscuit author Laura Hillenbrand, served as the basis for this film. Zamperini’s true story really is an inspiring one and seemed a natural candidate for an awards-worthy biopic. There are some major names behind the scenes, with the screenplay written by the Coen Brothers, Richard LaGravenese and William Nicholson, cinematography by Roger Deakins and music by Alexandre Desplat, all no strangers to “big important movies”. A considerable amount of hype was attached to the film because this is Angelina Jolie’s second feature film as director, following her Bosnian War drama In The Land Of Blood And Honey. It seems that, on the surface, all the elements are in place. Yet, there clearly is a spark missing in Unbroken. What should naturally be compelling elicits indifference instead, the proceedings static rather than dynamic.

It would be tempting to put the blame squarely on Jolie, seeing as actors-turned-directors are something of an easy target. The fact of the matter is that, while she does show promise, Jolie’s inexperience behind the camera also bleeds through. It doesn’t take a hardcore cynic to spot all the formulaic touches and, despite being based on a true story, Unbroken often rings false. The film does downplay Louis Zamperini’s personal faith – he became a Christian inspirational speaker and credits evangelist Billy Graham’s revival service with turning his life around and helping him make a journey towards forgiveness. The text at the end of the film does mention how Zamperini made good on his promise to serve God and we see him making said promise while aboard the life raft, but throughout the film itself, his faith is rarely mentioned. While it would’ve been a challenge for the screenwriters and Jolie to present this in a way that doesn’t seem preachy and sanctimonious, an attempt to do so would have certainly added some layers to the story and would’ve done the real-life Zamperini more justice, especially since this belief in God was so important to the man.

Young English actor O’Connell, who caught the attention of filmgoers and critics alike with the prison drama Starred Up, gives an excellent performance as Zamperini. The contrast between his athleticism in the scenes depicting Zamperini’s track-and-field career and his gaunt, weak state after being stranded at sea and then tortured by his captors is suitably harrowing. The shortcomings in Unbroken’s presentations are no fault of O’Connell at all. There is strong on-screen camaraderie between O’Connell and Gleeson and the two actors do their utmost to make the viewer root for them to survive.

The crippling weak link in the acting chain is Japanese rock star Takamasa Ishihara, better known by his stage name Miyavi. This is his first acting gig, and it shows. Cpl. Mutsuhiro “The Bird” Watanabe is meant to be the personification of all the various trials Zamperini had to endure. Instead of frighteningly sadistic, Miyavi comes off as slightly cocky. Jolie’s justification in casting Miyavi is that she didn’t want an actor who was “a stereotype of a Japanese prison guard” and that she thought a rock star would have the appropriate presence to play the psychotic part. This appears to have backfired. 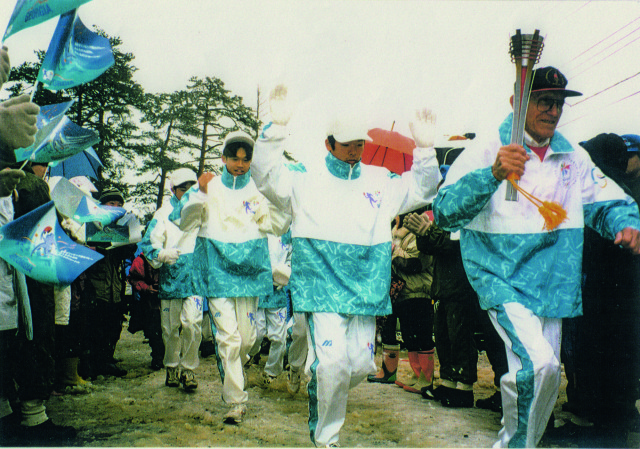 It’s a clichéd line to use in a review of a prestige biopic, but the most powerful part of the film is the clip of the real-life subject at the end of the film. It shows Zamperini participating in the Olympic Torch relay for the 1998 Winter Games in Nagano, Japan, fit as a fiddle at age 80, smiling and waving to the crowds lining the streets. Zamperini passed away in July 2014 at age 97. Biographer Hillenbrand approves of the adaptation, saying, “The man you see on the screen is like watching the real man” and it is great that more will know of Zamperini’s story through Unbroken, but it ultimately is a shame that the movie does not have the impact it could have.

Summary: Unbroken tells an extraordinary true story and there’s no denying its behind-the-scenes pedigree, but director Angelina Jolie seems to have bitten off more than she can chew, delivering a rote prestige biopic in a transparent bid for awards consideration.