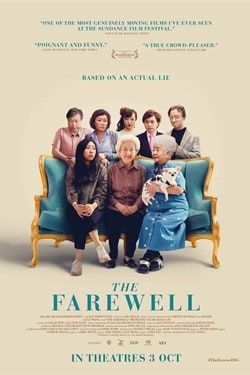 The Low-Down: Nora “Awkwafina” Lum has burst onto the scene in a big way. Starting out as a rapper, Awkwafina recently appeared in high-profile films like Crazy Rich Asians and Ocean’s Eight. She will next be seen in Jumanji: The Next Level, with roles in the live-action remake of The Little Mermaid and Marvel’s Shang-Chi lined up. Awkwafina is known for her brash, comedic onscreen persona, but it wasn’t long before she would get a tour de force dramatic showcase to prove her versatility as an actor. The Farewell is that showcase.

The Story: Billi Wang’s (Awkwafina) family moved from China to the US when she was six. Billi has been struggling to make it as an artist and moves back in with her parents Haiyan (Tzi Ma) and Jian (Diana Lin). They tell Billi that her paternal grandmother ‘Nai Nai’ (Zhao Shuzhen) has been diagnosed with stage four lung cancer. However, the extended family has made a pact to hide this from Nai Nai, so she can live out her remaining months without worry. Under the pretences of a wedding between cousin Hao Hao (Chen Han) and his girlfriend Aiko (Aoi Mizuhara), the family reunites in Changchun to see Nai Nai one last time. Billi wrestles with the dilemma of whether she should tell her beloved Nai Nai the truth, as she is confronted with the realities of Chinese traditions and societal expectations after having lived in the US for most of her life. 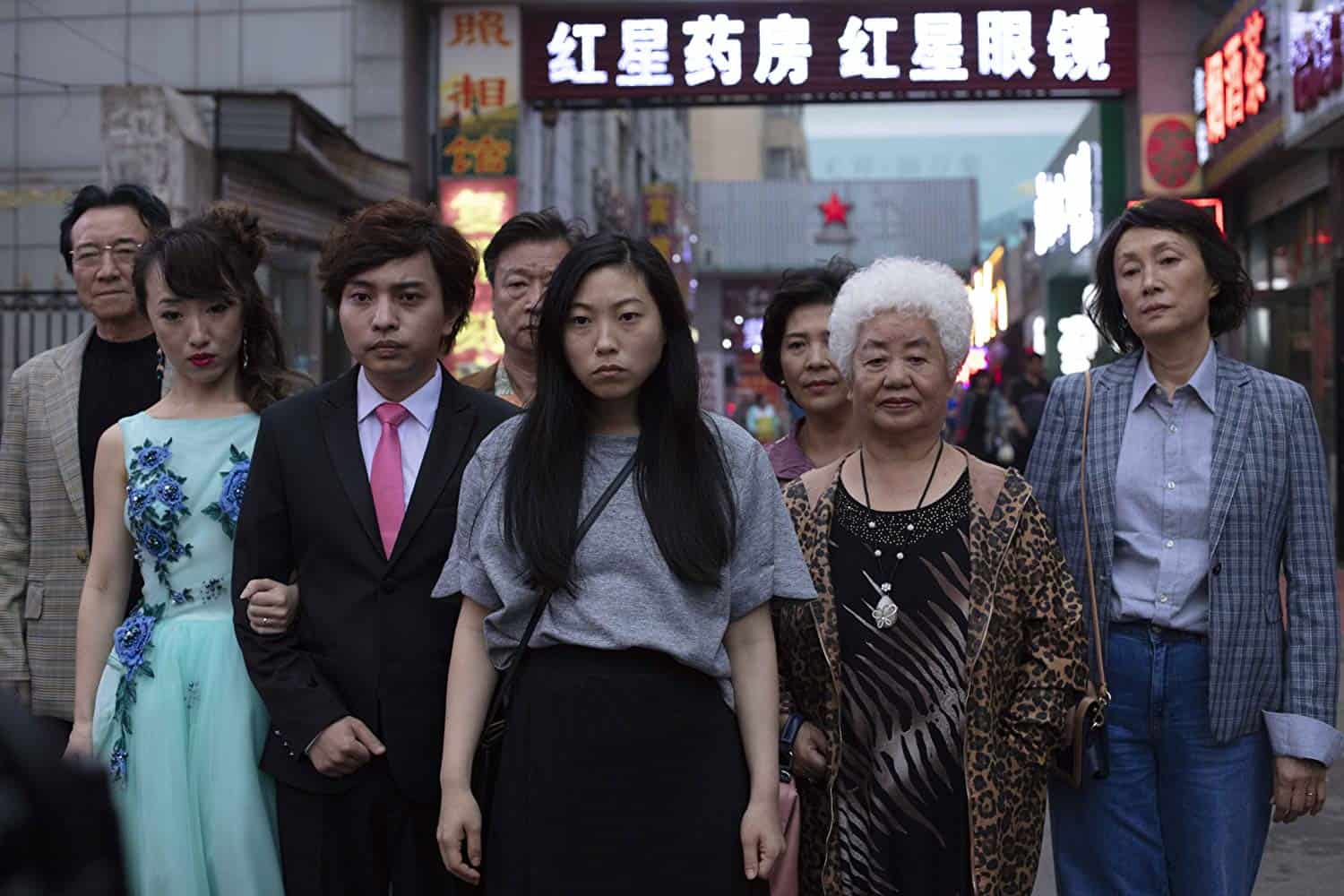 The Good: The Farewell is a remarkable piece of storytelling – moving, involving and gently funny without being overwrought. Writer-director Lulu Wang has a fantastic ear for dialogue and a confident yet light directorial hand, creating a film that is filled with relatable scenarios and yet has a specificity to it that only someone with that cultural background could bring to the movie. Wang was fiercely protective over keeping most of the dialogue in Mandarin Chinese, against the wishes of the studio for the movie to be in English or to be a broad comedy. Tonally, Wang keeps everything just right – it’s just the right amount of sad, the right amount of funny, and no incident or interaction is superfluous. This is how one does family drama. The device of the big secret that the family is keeping from Nai Nai adds to the dramatic tension and serves as a focal point.

The Not-So-Good: There’s not very much that The Farewell doesn’t get right. Perhaps it’s an exigency of movies about big family gatherings, but naturally not everyone gets equal amounts of characterisation or screen time. The character that suffers the most from this is Aiko, who has practically no lines. As the biggest outsider, things must be the most confusing for Aiko, who has been dragged to a pseudo-wedding because her boyfriend’s grandmother is dying but nobody is going to tell her. This reviewer would like to have seen Billi and Aiko share a moment. 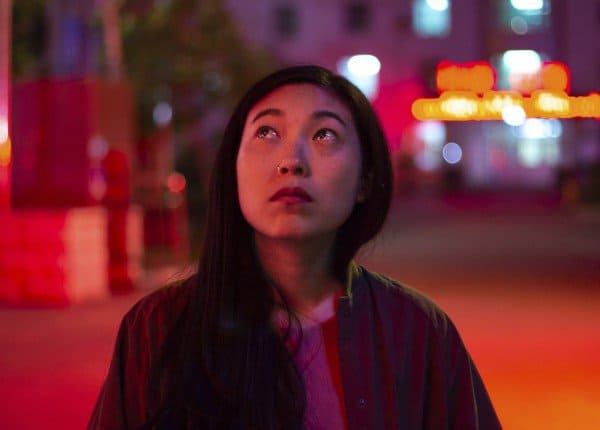 Family ties: Awkwafina is brilliant as Billi, bringing a raw, beautiful honesty to the part while also displaying her comedic instincts when the story calls for it. Tzi Ma, who is often given thankless bit parts in Hollywood, creates a sympathetic character in Billi’s father. The film contrasts Billi’s relationship with her father and that with her mother without putting too fine a point on it. Zhao Shuzhen’s turn as Nai Nai is confident and brimming with warmth; the affection between Billi and Nai Nai is utterly, heart-achingly believable. 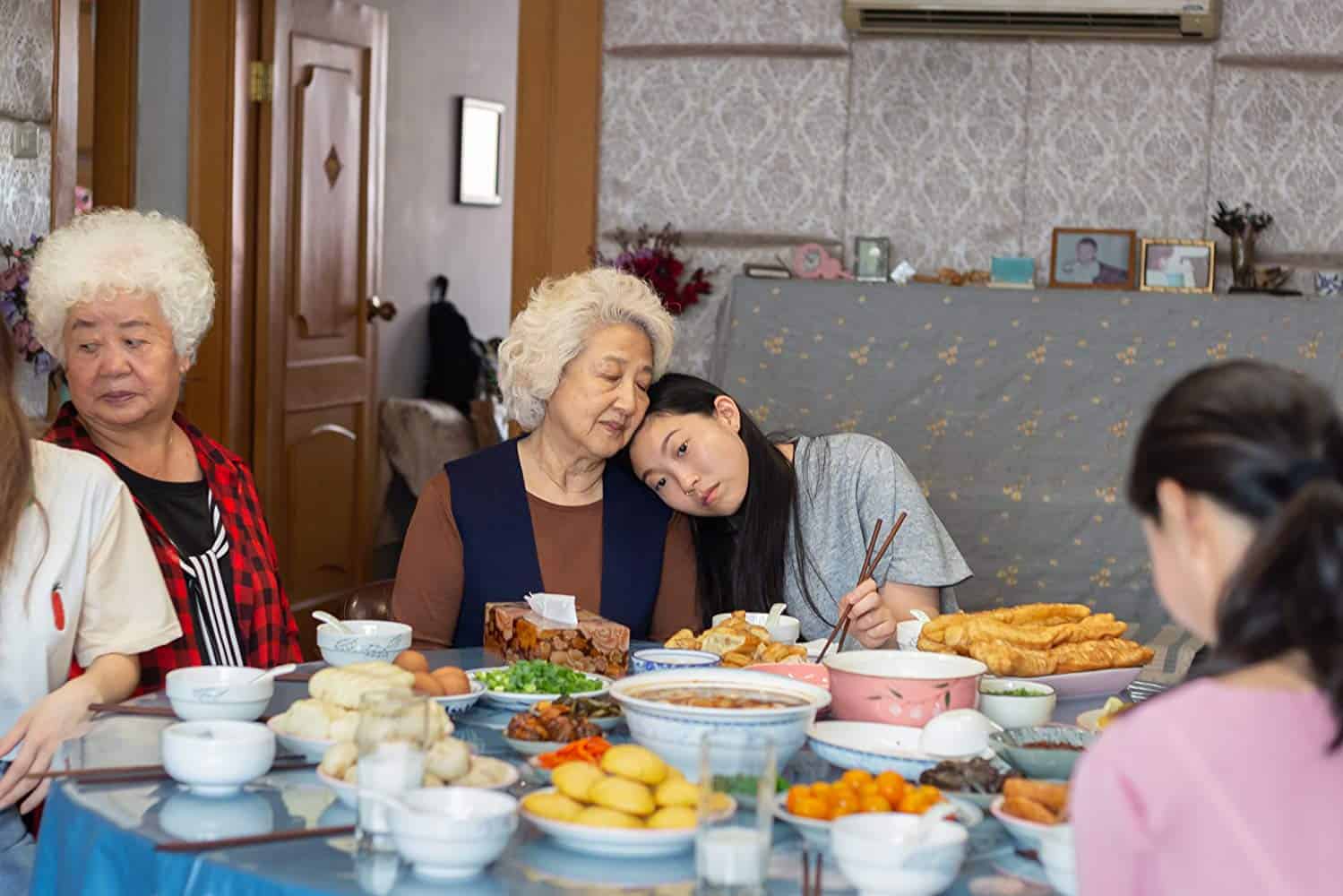 Based on an actual lie: Part of why The Farewell feels so authentic is because Lulu Wang drew inspiration from an incident in her own life, when her own grandmother was diagnosed with cancer and her family decided to keep it a secret from her. She first told this story in an episode of the podcast This American Life, which garnered the attention of film producers. Lulu shares a lot in common with the character Billi, including moving from China to the US with her family at age 6. Much of The Farewell was filmed in Changchun, which is where Wang’s family is from. Further adding to the verisimilitude is that Lu Hong, who portrays Billi’s grandaunt “Little Nai Nai”, is Wang’s real-life grandaunt. 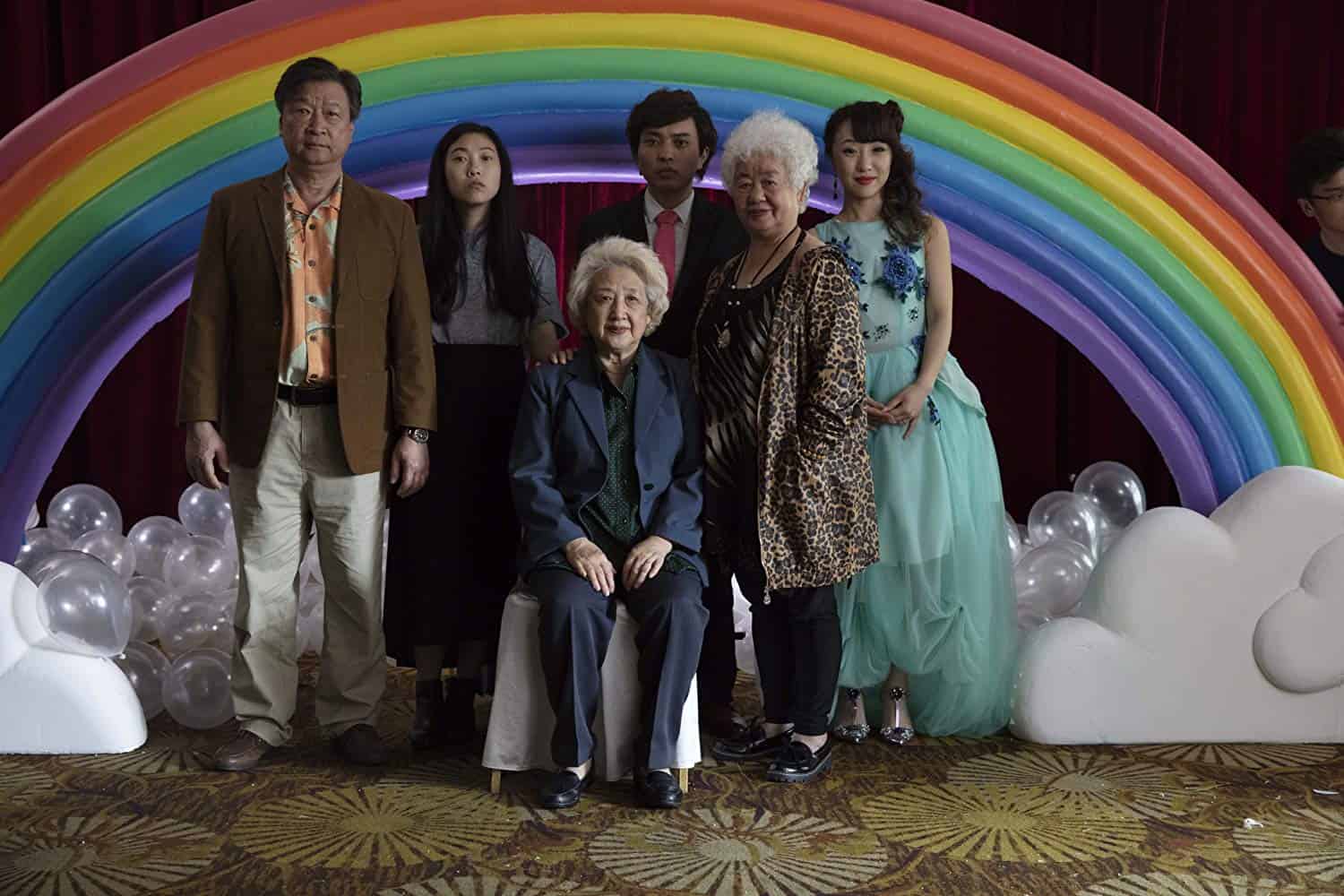 Recommended? Yes, highly. The Farewell is another good example of why more filmmakers from different backgrounds and with different life experiences should be given the opportunity to make movies. Writer/director Wang demonstrates a sensitivity and a sense of humour about questions of identity and of the immigrant experience, which itself covers a wide spectrum. Drawing inspiration from the specificities of her life, Wang creates something that can reach a wide audience regardless of their cultural background. The exceedingly positive critical reaction to this film is more than deserved.

Summary: The Farewell is a touching portrait of family that asks poignant questions about cultural values and identity without being either dull or histrionic. Writer-director Lulu Wang firmly establishes herself as a talent to watch, with star Awkwafina showing off impressive dramatic chops while still being appealingly funny.