The Low-Down: This standalone movie takes inspiration from the pages of DC Comics, focusing on arguably the company’s best-known supervillain, the Joker. Director Todd Phillips, best known for the Hangover films, has modelled this film on Martin Scorsese’s The King of Comedy, Raging Bull and Taxi Driver, creating a portrait of a twisted man lost in a cruel and uncaring world, eventually turning violent. This film is unconnected to the films set in the DC Extended Universe, or to the upcoming Batman film that will be released in 2021. 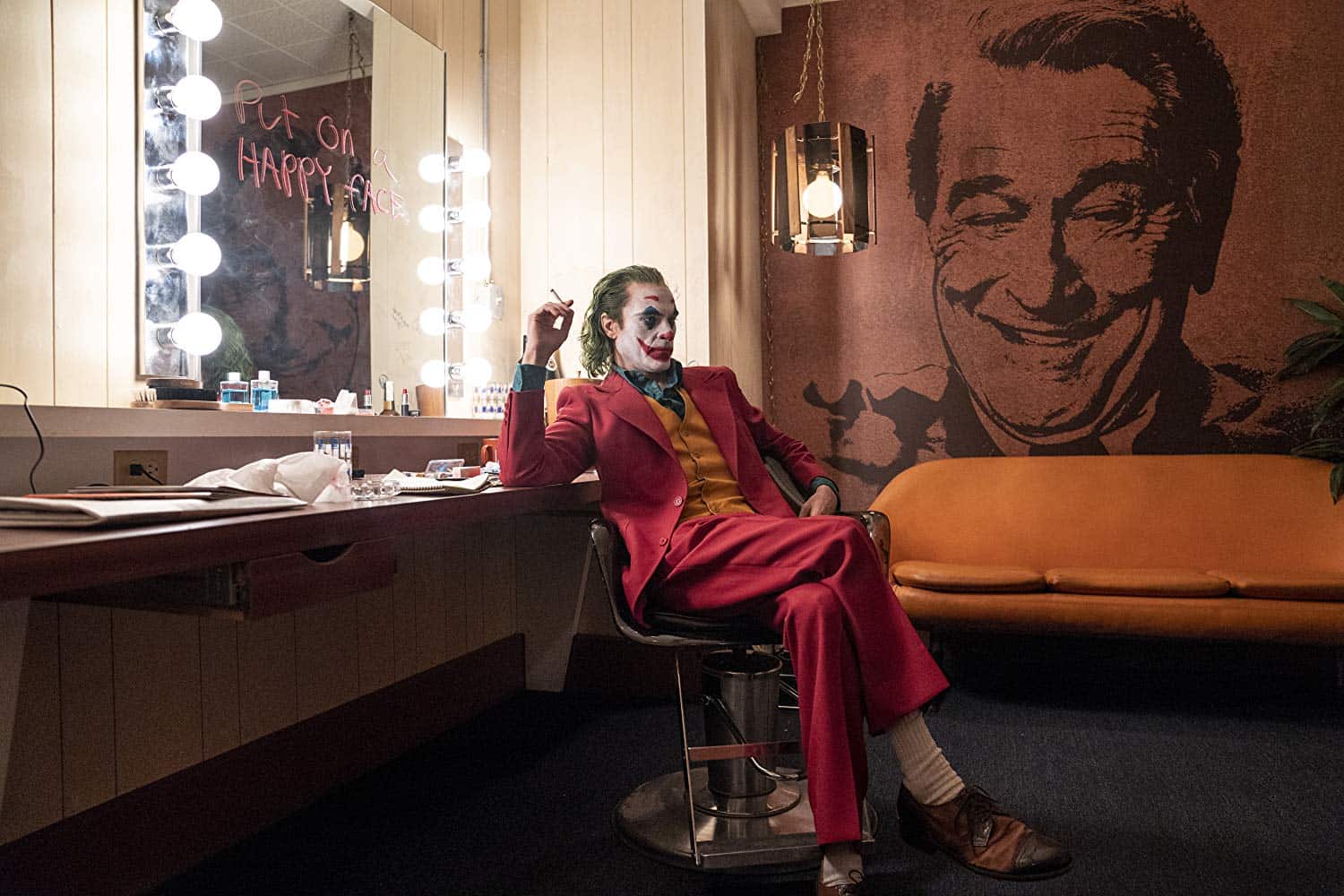 The Story: It is 1981, and Arthur Fleck (Joaquin Phoenix) is one of the faceless masses trying to eke out a living in the increasingly inhospitable Gotham City. Arthur cares for his ill mother Penny (Frances Conroy) and dreams of being a stand-up comedian. He is beaten down on all sides, unable to seek help for his deteriorating mental health after state funding for health programs is cut, and is fired from his job as a clown. Only his neighbour Sophie (Zazie Beetz) seems to understand him. Murray Franklin (Robert De Niro), a talk show host whom Arthur idolises, airs footage of Arthur’s disastrous stand-up act and mocks him. Resentment among the hoi polloi mounts against Gotham’s wealthy elite, embodied by Thomas Wayne (Brett Cullen), a billionaire planning a run for mayor. Arthur unleashes violence and chaos, reinventing himself as the costumed criminal called ‘Joker’. 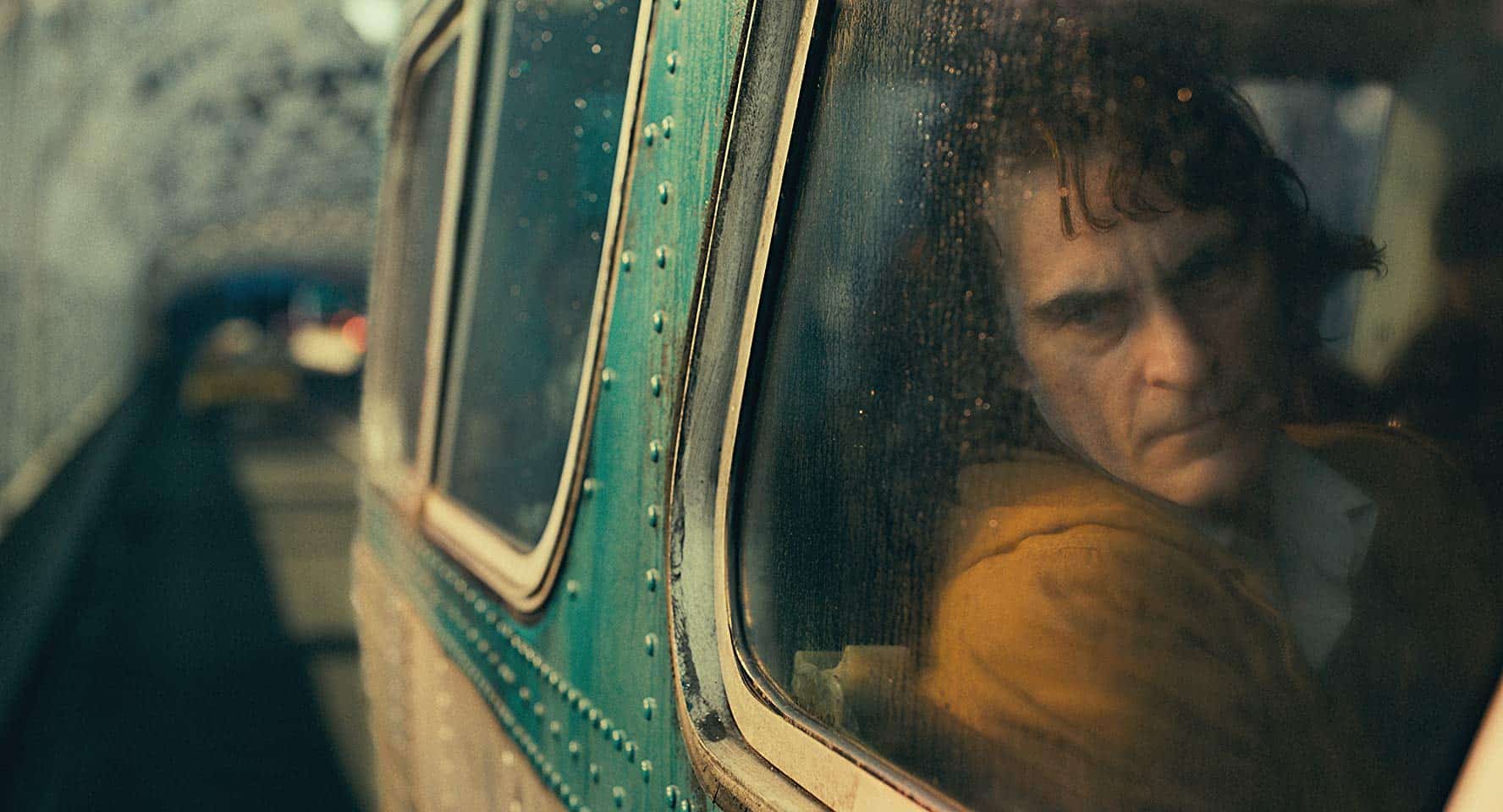 The Good: There are many ways to make a movie based on a comic book. Lately, we’ve seen the Marvel Cinematic Universe method produce considerable success, but there are many types of stories told in the medium of comics and therefore many possible big screen interpretations. Joker is a valid take on the character – traditionally, he isn’t a character who needs a definitive back-story, and has said “If I’m going to have a past, I prefer it to be multiple choice!” This is a ‘man unravels’ character study – certainly not the first in the history of cinema but marrying that archetype to a well-known pop culture property is novel to a degree. 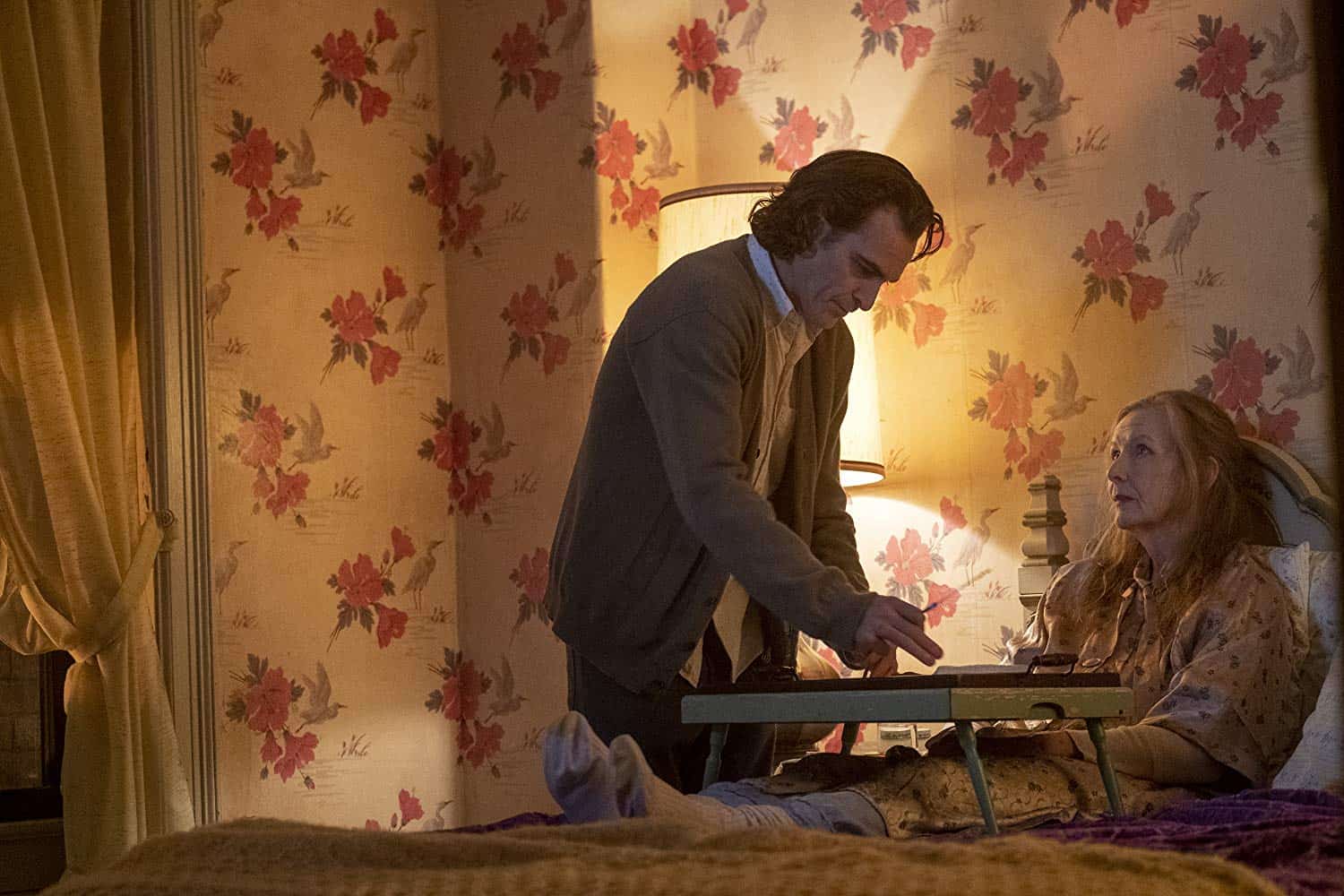 This is a movie that wears its Scorsese inspirations on its sleeve and emulates them with style, Lawrence Sher’s cinematography displaying Gotham in all its grimy, rat-ridden glory. Hildur Guðnadóttir’s score is creepy without overdoing it. Robert De Niro shines in a textbook star supporting role, while Frances Conroy is thoroughly convincing as a frail, delusional and pitiful woman. Then of course, there’s the central performance, which we will get to in a bit. 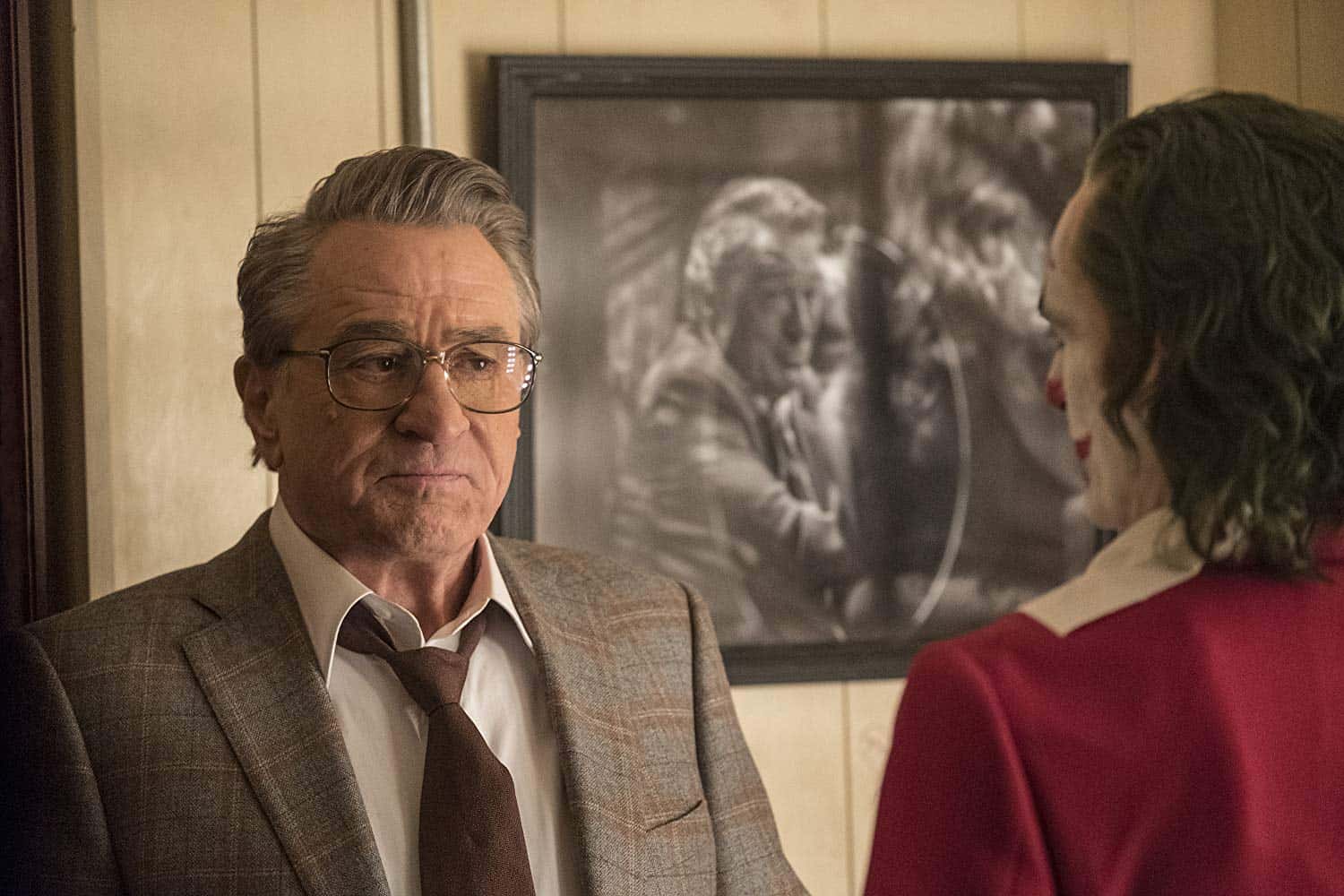 The Not-So-Good: Joker was always going to be controversial, and the studio and the filmmakers know this. This is a great character study about someone who winds up doing horrible things – there’s nothing inherently wrong with that approach, but it is worth remembering that films do not exist in a vacuum.

Disaffected, disenfranchised people have committed horrific crimes, something that has arguably intensified given the current political climate. There is a discussion to be had about how responsible movies are for that – one would say never directly, but it is possible that certain media could push those already predisposed to abhorrent behaviour to committing said behaviour. Given how John Hinckley Jr. strongly identified with Travis Bickle, protagonist of the afore-mentioned Taxi Driver, and attempted to assassinate Ronald Reagan to impress Jodie Foster, this is not idle handwringing. Both Phillips and Phoenix have handled reasonable questions about the possible real-life implications of the movie very poorly. 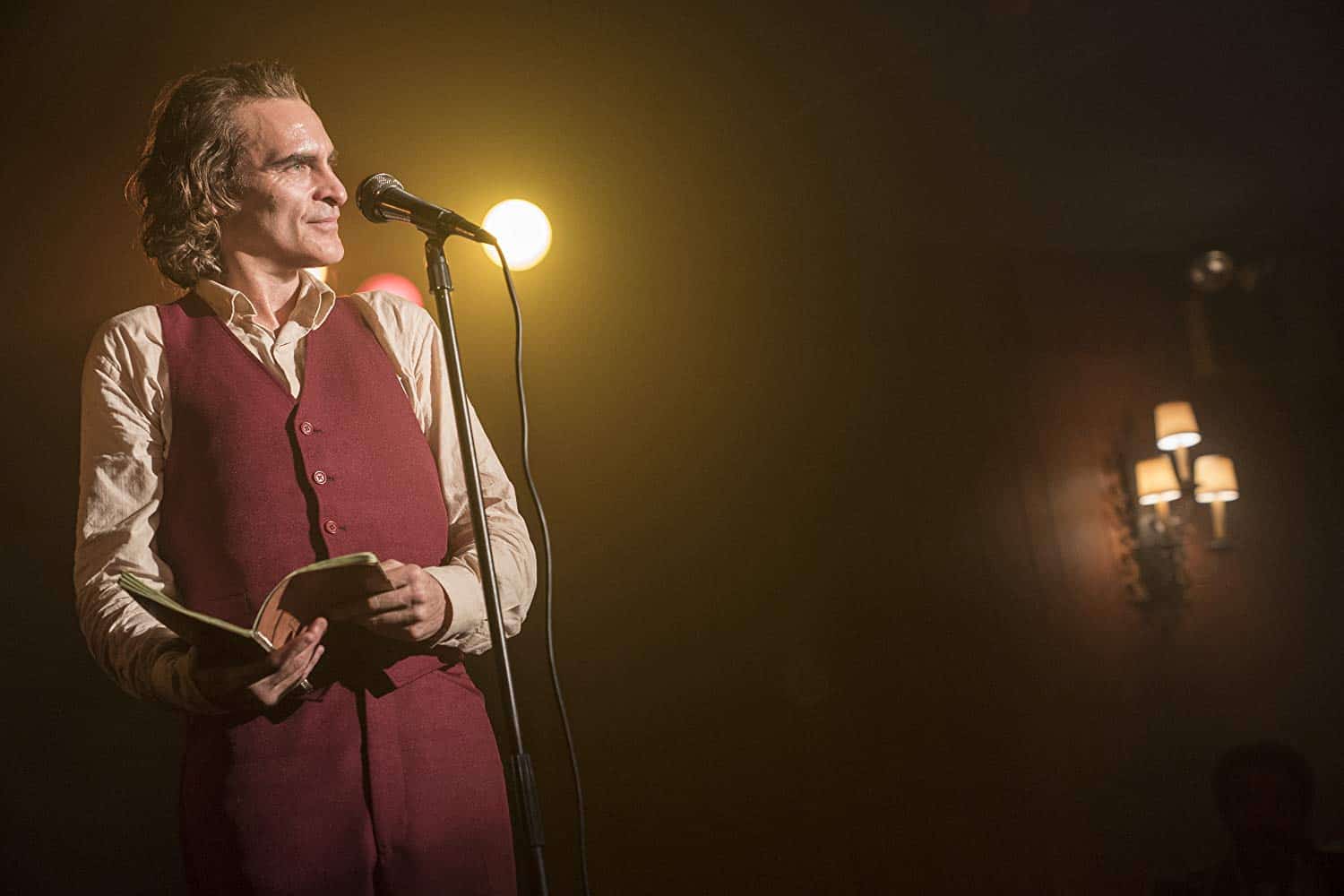 Of course, it is reductive to say that this movie should not exist because of the chance that someone could emulate its protagonist, but considering how many people valourised the Joker when he was portrayed as a villain in The Dark Knight, it’s not a stretch to think many more will valourise him since he’s portrayed here as a hero. There is a difference between idealising a fictional character and actively emulating their actions, something which can get lost in this conversation.

While the film is generally restrained when it comes to Easter Eggs and references to the source material, a few nods to the comics are rather clumsy, with one that happens towards the end of the film coming off as forced. 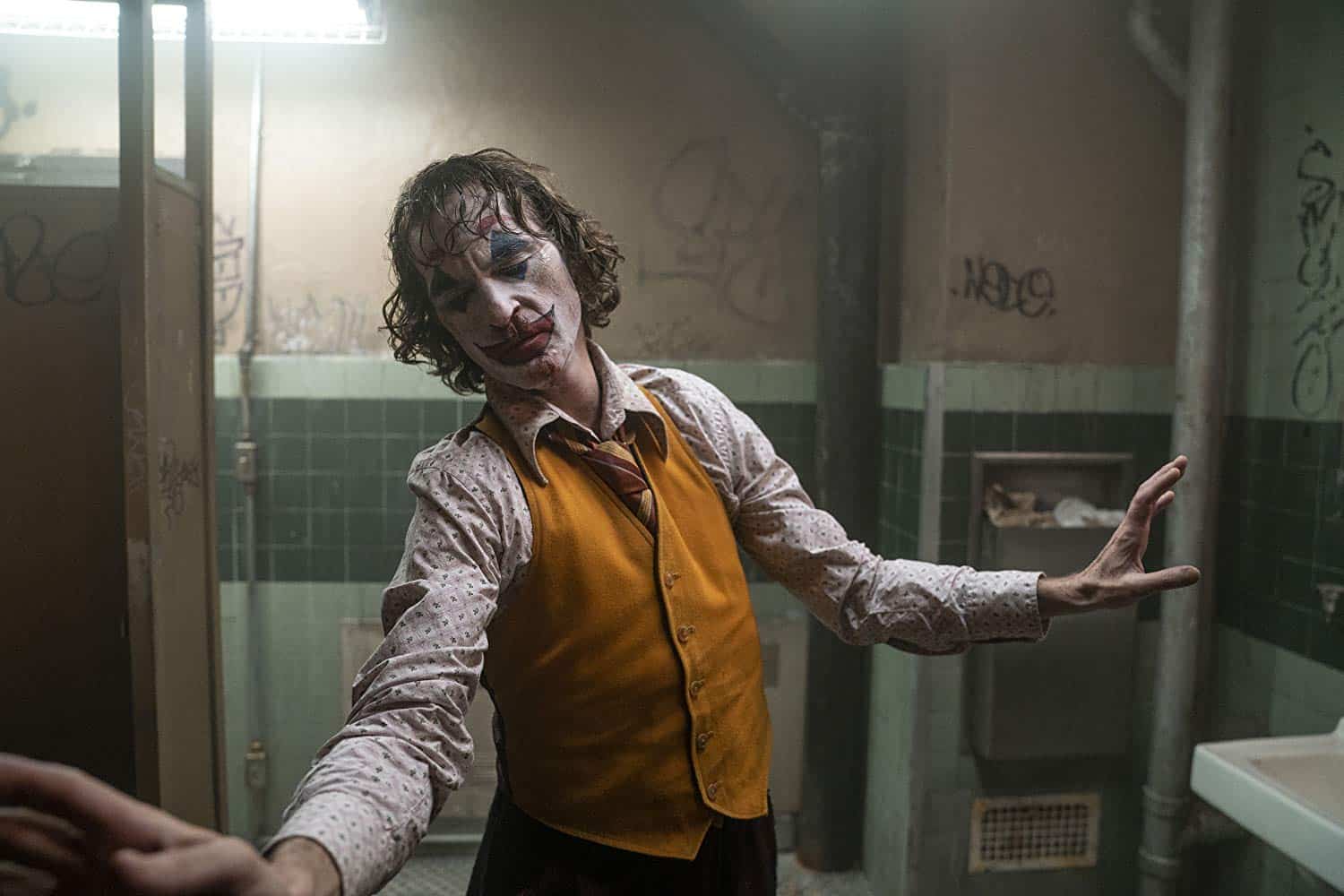 He started a joke: Joaquin Phoenix is a big get and probably the film’s greatest asset. Marvel Studios sought Phoenix to play Doctor Strange, but he turned the part down, not wanting to sign on for multiple films. Joker’s status as a one-off (at least, that’s how it was intended) gives Phoenix the chance to play this iteration of the character with no extensive commitment. It’s the kind of role any thespian would love to sink their teeth into: a tragic, compelling figure who is not okay in the slightest. It’s the type of performance that the Academy loves too – Phoenix underwent a drastic physical transformation, which usually helps with the Oscar buzz. There still are critics who find it hard to accept movies based on comic books as legitimate cinema, but the performance Phoenix gives here is hard to ignore or diminish. 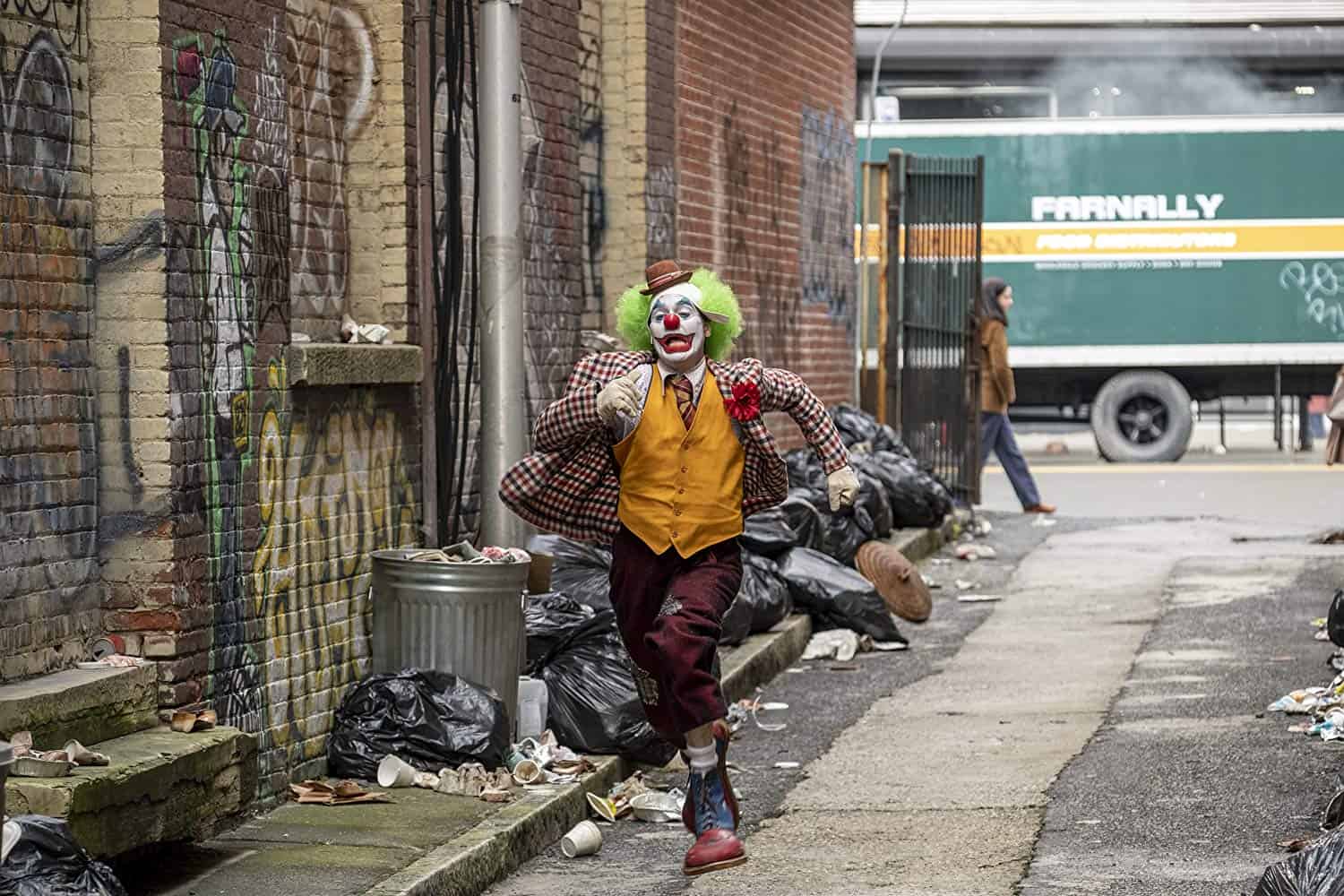 Sympathy for the supervillain: As alluded to earlier, a problem that arises when making a movie about a supervillain with no superhero to counteract him is that said supervillain winds up looking heroic, even if that wasn’t the intention. We see Gotham from Arthur’s point of view. As such, the typically noble Thomas Wayne is instead depicted as a callous, condescending son of privilege, crushing the masses beneath his heel. There’s been a lot of back-and-forth about whether the film appears to condone the Joker’s action or state clearly that they are wrong – “condone” is a strong word, but Arthur certainly is drawn in a sympathetic manner. In a way, the film serves as a cautionary tale, because Arthur would have never become the Joker if the right support systems were in place to grant him the help he desperately needed, and if it were harder for him to gain access to the tools that he uses to wreak his havoc. 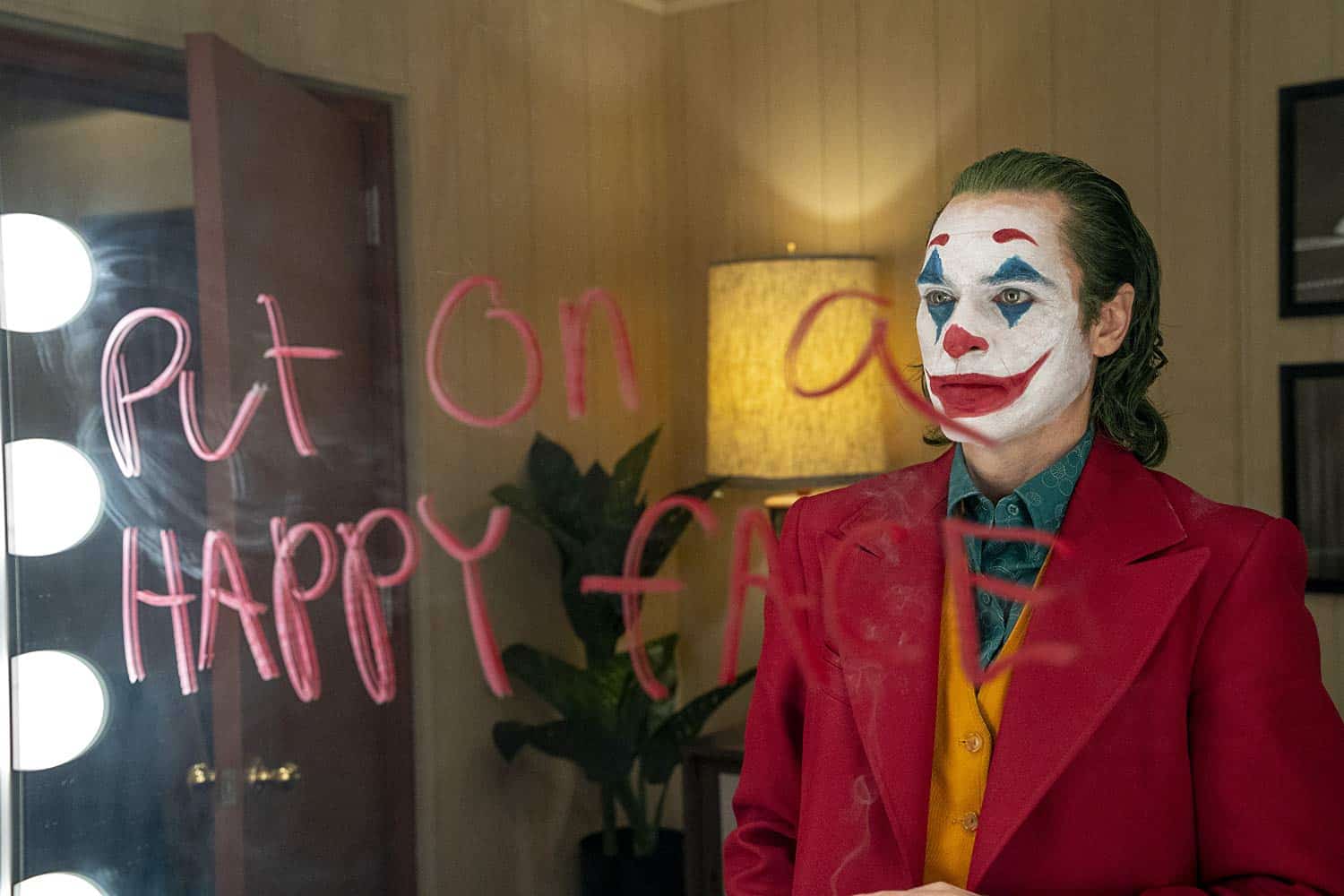 Recommended? Yes, but with the caveat that is entirely plausible that the worst people will relate to the character and hold this version of the character up as an ideal, so hopefully the people who see this movie will be able to compartmentalise, and walk away from this going “that was an interesting portrayal of a supervillain and a sobering warning” rather than “Joker has it all figured out!”

Summary: There is a boldness to the way Joker interprets its comic book source material that makes it stand out from the usual crop of comic book movies, and Phoenix’s titular performance is impressive, but the controversy surrounding the film shouldn’t merely be swept under a rug. It’s intense, gripping and disturbing. We don’t necessarily want to see more comic book movies exactly like this, but if nothing else, Joker shows that comic book movies can take many strange, compelling forms.