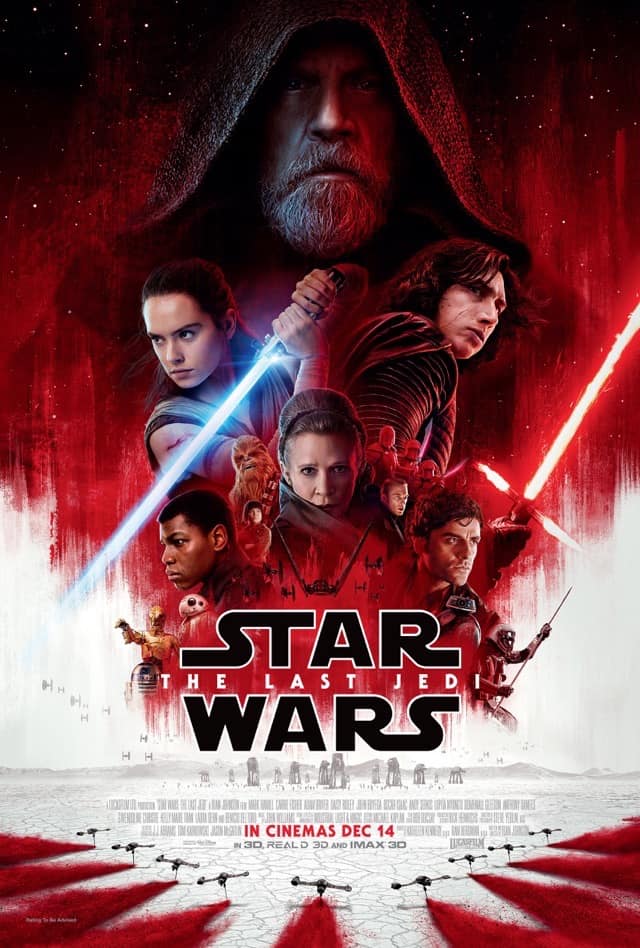 The middle film in a trilogy is, almost always, a tough one to pull off. Its predecessor gets to introduce characters and ideas and themes; its successor gets to finish off the tale and tie up all the loose ends. Often, this awkward second movie ends up treading water, padding out a story without the benefit of including either its first chapter or its last. For a while (quite a long while), it feels like writer-director Rian Johnson’s The Last Jedi has fallen prey to this very syndrome. Fortunately, he pulls it all together in the film’s final hour, firing off a series of crackerjack narrative twists that are as surprising, heartfelt and spectacular as anything you’ll see in a cinema this year. 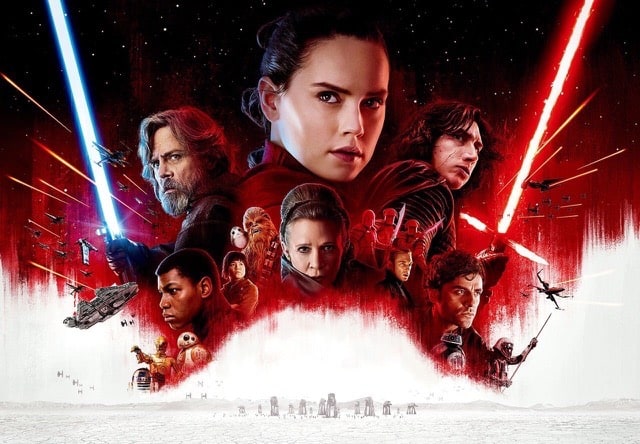 The Last Jedi opens right where The Force Awakens left off. The First Order remains hellbent on extinguishing the remnants of the Resistance, led by General Leia Organa (Carrie Fisher). Attempts to evade the military forces commandeered by General Hux (Domhnall Gleeson) cause friction among the rebels, as the charmingly impulsive Poe Dameron (Oscar Isaac) clashes with flinty war hero Vice-Admiral Amilyn Holdo (Laura Dern). Meanwhile, Rey (Daisy Ridley) tries to drag the legendary Luke Skywalker (Mark Hamill) out of his self-imposed exile – but finds him broken and bitter following his failure to keep his nephew, Ben Solo a.k.a. Kylo Ren (Adam Driver), from turning to the Dark Side. 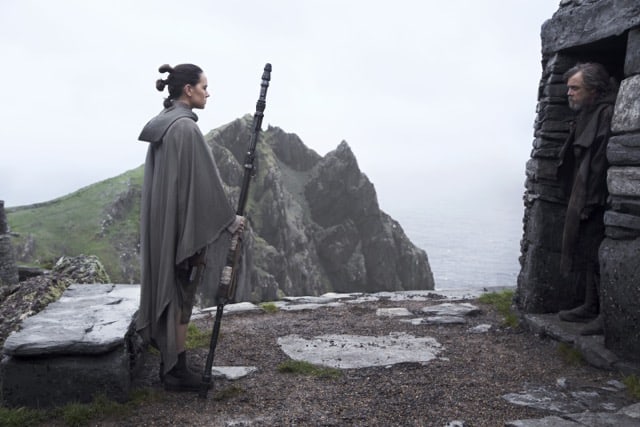 The first 100 minutes are the strangest – and potentially most offputting – thing about The Last Jedi. For much of its first half, the film feels almost as if it’s been stitched together from a handful of very different movies. It may open on an exhilarating intergalactic space opera, but it also dives deep into the shifting moods of an existentialist drama (featuring a ‘hall-of-mirrors’ sequence straight out of a drug-drenched arthouse flick), before landing smack in the middle of an odd-couple road-trip comedy.

That’s not to say Johnson doesn’t handle this peculiar patchwork fairly well. He unearths moments of heart and heroism as his characters wage war amongst the stars, and he quite effectively plumbs the dark depths of Luke’s despair and Rey’s desperation to understand her place in the world. There are moments of quiet joy and sensitivity, too, on the mission undertaken by Finn (John Boyega) and Rose (charming newcomer Kelly Marie Tran) that otherwise comes across as a bit of an unnecessary detour. Johnson even keeps proceedings chugging along by infusing the film with a sly humour – courtesy of MVP BB-8 and a flock of adorably annoying Porgs.

Nonetheless, the film does suffer, at least initially, from this awkward mish-mash of genres and tones. As Rey follows Luke up yet another mountain, or Finn and Rose bond over a stable full of soulful space horses, it’s hard to shake the feeling that The Last Jedi is stuck in a holding pattern – busy and yet slow, overstuffed but also sluggish. 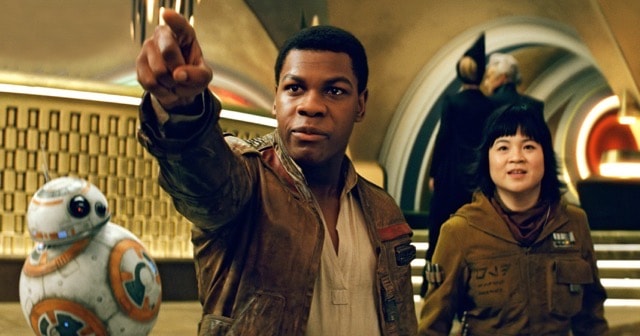 Thank goodness, then, that Johnson makes it all come together beautifully as the film enters its masterful third act. Suddenly, as the many disparate story threads spin into one another, the movie roars into heart-stopping, spine-tingling life. Choices and sacrifices are made. Alliances crumble in the face of ambition. Final stands are taken. Goodbyes – hard ones, sad ones, final ones – are said. While it’s best not to give much more away (this film’s most heart-wrenching twists are experiences unto themselves), suffice it to say that every element of it works. 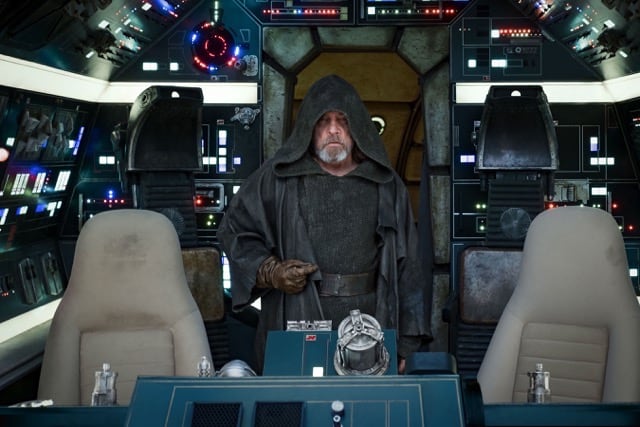 Johnson also draws excellent performances from his cast. Hamill’s raw, powerful turn as a man haunted by his failures is easily one of his finest yet. He sells Luke’s trepidation and tenderness, hinting at a broken heart that’s somehow still whole enough to care. Ridley has settled more confidently into Rey’s bones, while Driver continues to add shade and colour to what could easily have been a one-note antagonist. Together, they make the moments their characters share, from the distinctly odd to the unbearably tense, believable.

There is, of course, a thread of bittersweet sadness that runs throughout The Last Jedi because it is, by default, the final film starring the deeply missed Fisher as the iconic Leia Organa. It’s not quite a fitting farewell to a beloved character – the film leaves little doubt that Leia would have taken centre stage in Episode IX if only it were humanly possible. But, for what it’s worth (and it’s worth a lot), Fisher lends Leia what she always has: a rich, glorious mix of her own unmistakable strength, light and humour.

All in all, The Last Jedi is a remarkable achievement. It may take a while to really get going, but the pay-off for toughing it out through every twist and turn is tremendous. Johnson’s film doesn’t simply make a compelling case for giving a trilogy’s middle installment the benefit of the doubt. As it draws to a close, The Last Jedi also explores and explodes Star Wars mythology in ways both reverential and revolutionary. Simultaneously an ending and a beginning, it’s going to be a tough act to follow.

Summary: Deceptively slow and a bit muddled to start, but stick with it and The Last Jedi will reward you with boldness and brilliance to think and talk about for days. 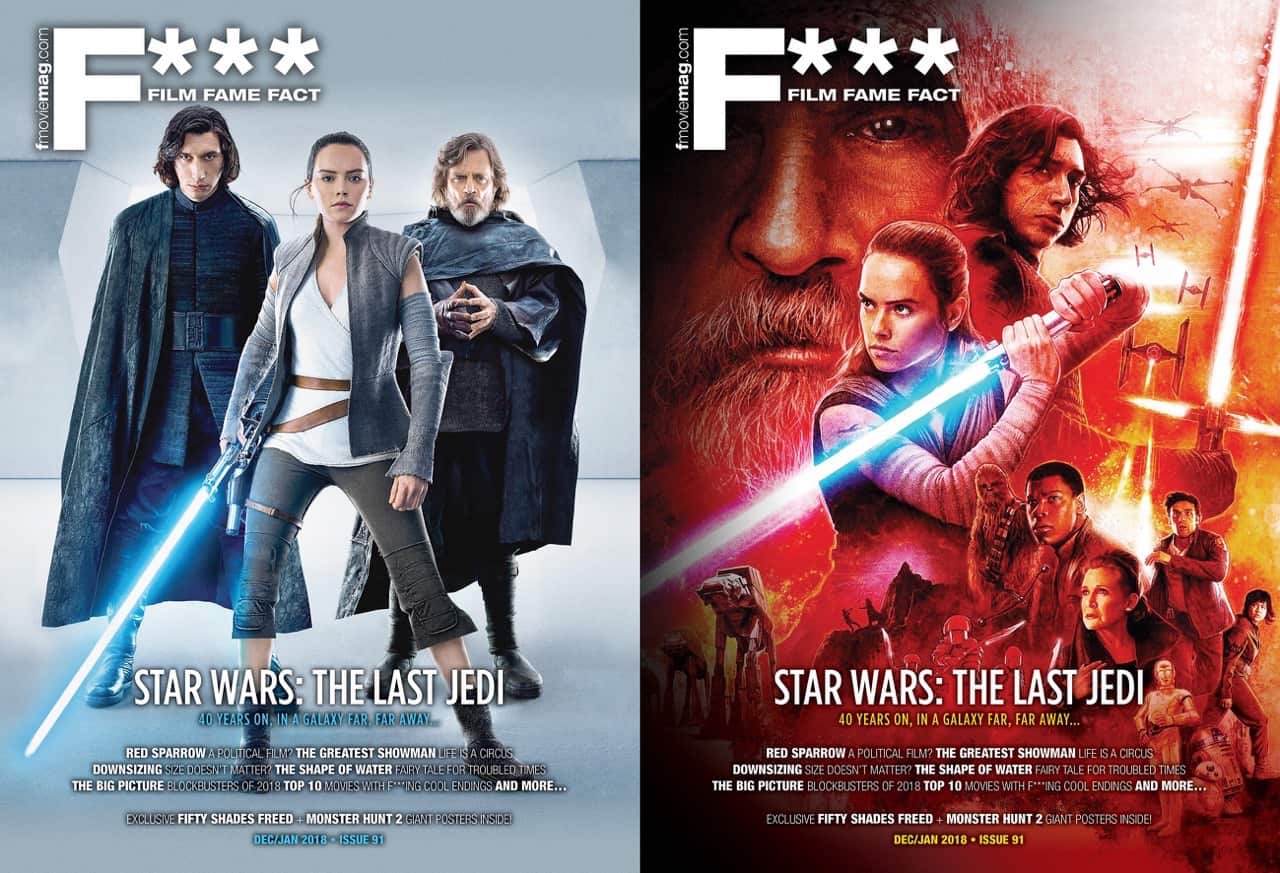