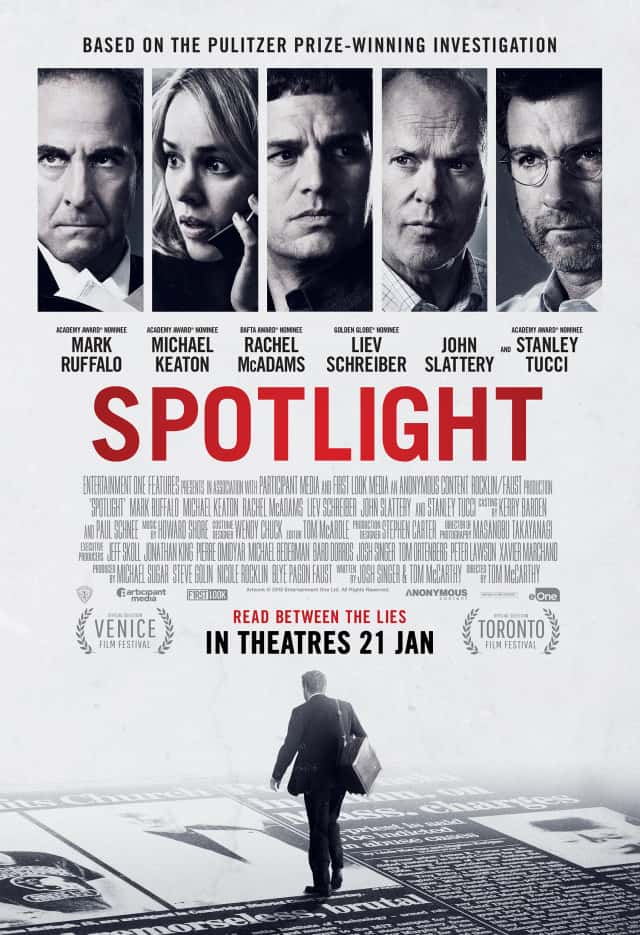 It was 2001, and facing great opposition, one small band of intrepid reporters uncovered the truth behind a string of child sex abuse cases. Spotlight tells their story. The Boston Globe’s new editor Marty Baron (Schreiber), arriving from Florida, reads a small column about a paedophile priest whom Boston’s Cardinal Law was aware of and yet did nothing to stop him. Baron assigns journalist Walter “Robby” Robinson (Keaton) and his team to go after what appears to be a much larger story. Alongside Robinson, Michael Rezendes (Ruffalo), Sacha Pfeifer (McAdams), Ben Bradlee Jr. (Slattery) and Matt Carroll (James) comprise the Spotlight team, the oldest newspaper investigative unit still active in the United States. Because of the sensitive nature of the case and how strongly institutional Catholicism figures in the city of Boston, the Spotlight team faces an uphill battle in illuminating the sobering, horrifying truth of the pattern of abuse that has been perpetuated by the city’s priests. 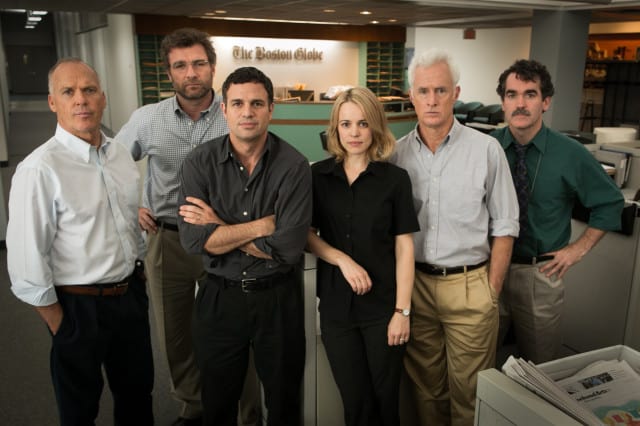 Directed by Tom McCarthy and co-written by McCarthy and Josh Singer, Spotlight has emerged among the stronger contenders of the 2015-2016 awards race, premiering to “sustained applause” at the Venice Film Festival. As moviegoers, we’re used to seeing fearless, heroic reporters ducking out of the gun sights of assassins or going toe to toe with Lex Luthor, getting rescued by Superman at the last moment. Spotlight presents a portrait of real-life reporters and the good that they’re capable of doing. It’s a cinematic embodiment of journalistic integrity and a measured, objective handling of a potentially provocative topic. There’s nary a whiff of embellishment and McCarthy avoids a vulgar, sensationalistic approach to the subject matter at every turn. As the cliché goes, this is a movie about “men and women just doing their jobs”, and the realism and credibility McCarthy brings to the film is just the right way to celebrate the accomplishments of the Spotlight team. 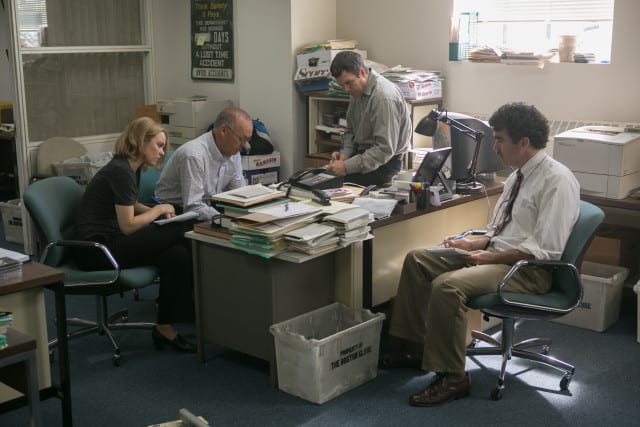 There’s a nobility and a worthiness to the story being told, of course, but seeing reporters standing around the bullpen comparing notes doesn’t exactly scream excitement. Cinematographer Masanobu Takayanagi, who also lensed the Boston-set Black Mass, adds just the right amount of dynamism to the proceedings while restraining from distracting flashiness. There is a clarity to the progression of the story in the sequence of events without it getting too dry. At the same time, Spotlight never loses sight of the human toll of the case. A cleverly-edited sequence which intercuts Pfeifer and Rezendes interviewing two very different victims conveys how many young lives were affected by the scandal without descending into hokey sentimentality. 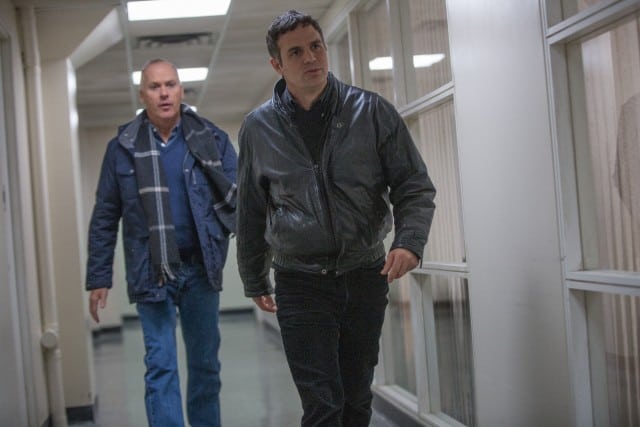 Spotlight boasts a luminous ensemble cast who breathe life into unglamorous unsung heroes. Keaton doesn’t get as juicy a part as in the earlier award season darling Birdman, but is still able to bring a charisma to the role of the Spotlight team’s fearless leader. Schreiber’s Marty Baron is the outsider that is desperately needed to examine and evaluate the situation from a distance and without his impetus, the investigation probably wouldn’t have happened, or would at least have been significantly delayed. As a reporter who’s less of the plucky Lois Lane archetype she portrayed in State of Play, McAdams gets some excellent scenes where Pfeifer has to maintain her composure in difficult confrontations with victims and perpetrators alike. Ruffalo is the stand-out as the dedicated, passionate, somewhat awkward Rezendes. He mostly plays opposite Tucci’s Mitchell Garabedian, an attorney representing the victims. Garabedian is prickly and suffers no fools, but is ultimately well-meaning. Michael Cyril Creighton and Neal Huff both turn in affecting performances as but two of the many victims traumatised in their youth. 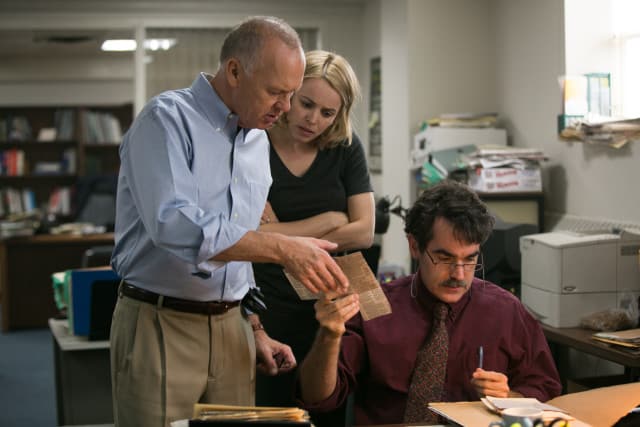 A level-headed telling of the events that’s not out to shock or function as a smear piece, Spotlight offers great insight into the way investigative reporters conduct their inquiries and the positive impact that their work can have. Sure, the quiet, even-handed approach favoured by McCarthy may sacrifice superficial excitement, but Spotlight’s lack of self-conscious prestige picture artifice is refreshing. Spotlight is more concerned with lauding the Boston Globe journalists than delivering a searing takedown of the Roman Catholic Church, which is just as well. Pragmatic without being detached, compelling without being heavy-handed, Spotlight’s unassuming nature is the ideal reflection of the work ethic displayed by the journalists it is about.

Summary: This account of the Spotlight team’s investigation into the sexual abuse scandal in the Catholic archdiocese of Boston is concise, fair, dignified and respectful, brought to life by a powerhouse cast.