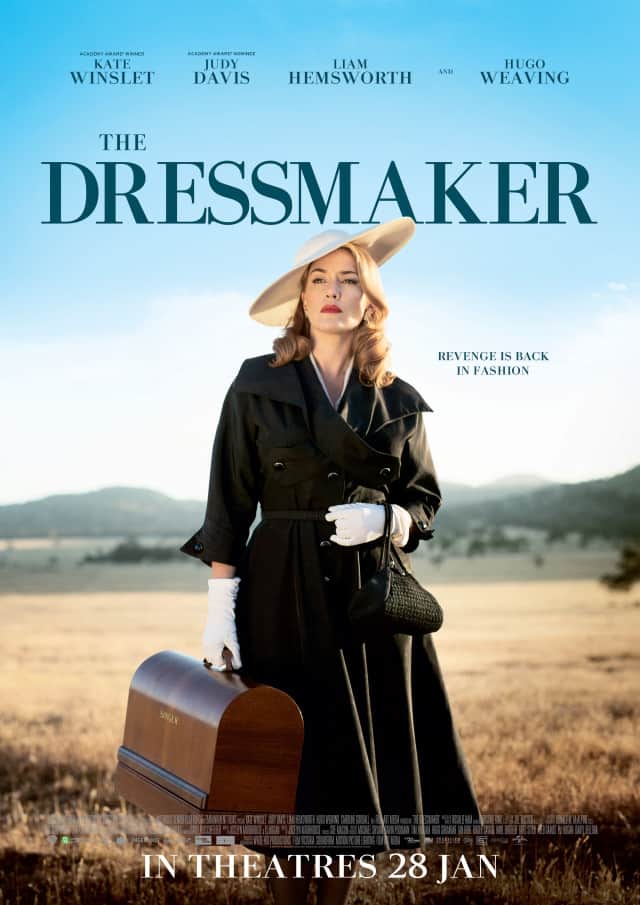 Revenge never goes out style in this dark comedy-drama. It is 1951 and, after a long absence, Mrytle “Tilly” Dunnage (Winslet) returns to her hometown of Dungatar in the Australian outback to care for her ailing mother, Molly (Davis). Tilly was accused of murder at the age of 10 and was exiled from the town. In the intervening years, she has become an expert designer and seamstress, having worked in Europe for high-fashion houses such as Balenciaga. Teddy McSwiney (Hemsworth), a childhood friend, goes about romancing Tilly, though all the other residents of Dungatar regard her with suspicion. After Tilly helps general-store clerk Gertrude Pratt (Snook) undergo a dramatic makeover, the women of the town become infatuated with Tilly’s couture creations. With the help of flamboyant police sergeant Horatio Farrat (Weaving), Tilly uncovers the truth behind what happened all those years ago and enacts her vengeance on the townsfolk.

The Dressmaker is adapted from Rosalie Ham’s 2000 novel of the same title. Director Jocelyn Moorhouse co-wrote the script with her husband P.J. Hogan; this film version sees the light of day after an earlier attempt in the mid-2000s fell through. A cursory glance at the title or poster might mislead one to believe that this is a run-of-the-mill chick flick. For better or worse (mostly worse), The Dressmaker isn’t that. Beneath the surface of immaculately tailored dresses, an unsettling nastiness is bubbling over and The Dressmaker has quite the caustic edge. It’s a twisted tale of small-town revenge that feels more like an askew Western than it does a period countryside romance. Moorhouse herself describes it as “Unforgiven with a sewing machine”. 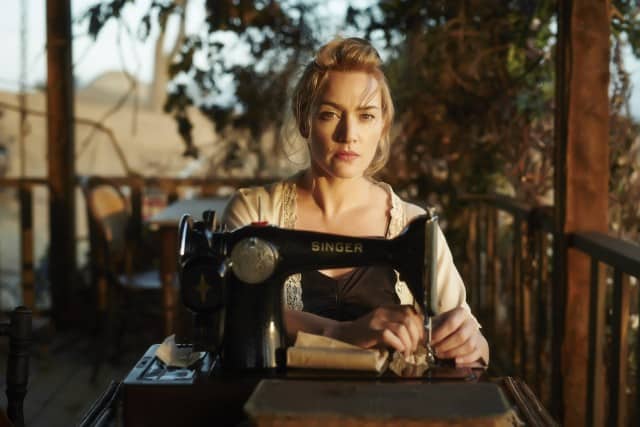 The Dressmaker is refreshing in how different it is, but it is also vexingly difficult to place. There are wild tonal inconsistencies: this is a film in which a woman trips over a poofy skirt as she tries to keep her fiancé from seeing her in an embarrassing get-up; a policeman drapes himself in pink fabric and traipses about to the Flower Duet from Lakmé; and someone’s anterior tibial artery gets severed. Moorhouse’s fearlessness in going full-tilt weird is alternately novel and off-putting. The odd combination of broad slapstick and some shockingly dark moments makes it difficult to get involved in the story, the overall effect being vaguely alienating.

Winslet as Tilly is inspired casting, and her performance anchors the sometimes-shaky film that surrounds her. Her turn as an old-school femme fatale with revenge on the brain is pitch-perfect and she has poise to spare as she struts about in an array of striking ensembles created by costume designer Margot Wilson. It is heightened and exaggerated, as the rest of the movie is, but Winslet manages to find some nuance here. Davis is captivating as Tilly’s dementia-addled mother, who seems at first to be little more than a crotchety old lady who’s not altogether there, but eventually emerges as a complex, sympathetic figure. Davis imbues the movie with genuine pathos – there are raw emotional moments which feel out of place given the absurdity of it all, but Davis makes them work. 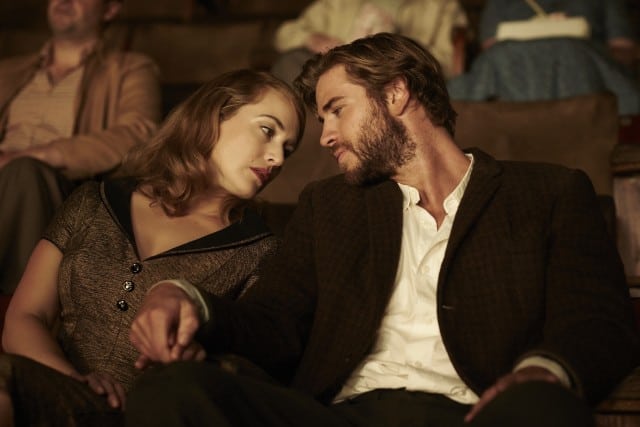 Hemsworth fares considerably worse as Teddy, the rugged, dashing farmboy. While he does provide a good amount of eye-candy, he’s completely mismatched with Winslet, the burgeoning relationship unconvincing as a result. Teddy is also supposed to be around the same age as Tilly. Hemsworth is 25 and Winslet is 40; it just doesn’t work onscreen. Weaving is quite delightful in a colourful supporting role, his cross-dressing Sergeant Farrat possibly having an even greater penchant for quality women’s wear than Anthony “Tick” Belrose did in Priscilla: Queen Of The Desert. A number of Australian actresses including Sarah Snook, Sacha Horler, Alison Whyte and Julia Blake help populate Dungatar with the peculiar people who call the town home.

The Dressmaker is an odd bird, a costume comedy-drama dipped in acid. Its third act is especially bleak, and that’s when everything comes unstitched. Moorhouse brings a great deal of style to the proceedings and this is a distinct approach to the source material, but The Dressmaker is too inconsistent and tonally confused to work. 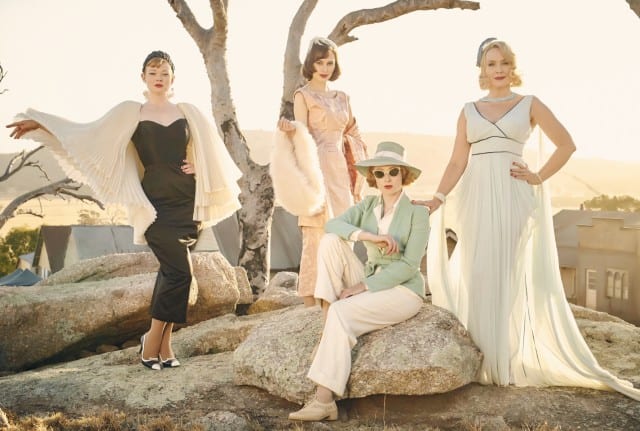 Summary: While Kate Winslet shines in the title role, The Dressmaker’s peculiar, unpalatable sensibilities make it a poor fit.