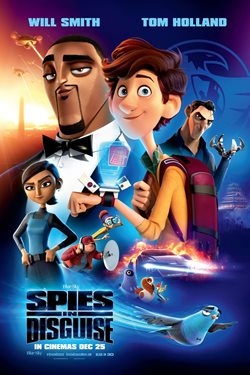 The Low-Down: Animation studio Blue Sky is best known for the Ice Age movies, but also made the two Rio movies about Spix’s Macaws. Blue Sky turns their attention to a far more common bird in this action-comedy, loosely based on Lucas Martell’s 2009 animated short film Pigeon: Impossible.

The Story: Lance Sterling (Will Smith) is a dashing, somewhat arrogant superspy who hits a snag in his latest mission to save the world. Lance reluctantly turns to Walter Beckett (Tom Holland), a young tech genius working in the spy agency’s gadget labs, for help. Walter is developing a highly experimental form of “biodynamic concealment”, which will allow operatives to disguise themselves as animals and go practically unnoticed. Lance accidentally drinks a serum formulated by Walter, which turns Lance into a pigeon. In this new form, Lance can no longer rely on his highly honed combat skills and must adapt to life as an Avian agent. Pigeon-Lance and Walter must work together to take down Killian (Ben Mendelsohn), a criminal mastermind with a cybernetic arm who is hellbent on acquiring cutting-edge assassin drone technology. Meanwhile, agent Marcy Kappel (Rashida Jones) is convinced that Lance has gone rogue and is unaware that he has taken on the form of a pigeon.

The Good: Spies in Disguise is often energetic and entertaining, moving along at a decent clip. The film makes great use of stars Smith and Holland – the character designs resemble the actors enough while also being sufficiently stylised. While major animated movies can sometimes feel like they’re cramming a big name in there just for the sake of it, the two stars of Spies in Disguise fit well within this world. Smith’s effortless charm and Holland’s endearing earnestness are played to the hilt. There is the sense that we are watching Smith and Holland themselves, but the movie also does many things that are better suited to animation than to live-action – chief of which being the “human turns into an animal via genetic modification” aspect, which could otherwise be very David Cronenberg-esque. 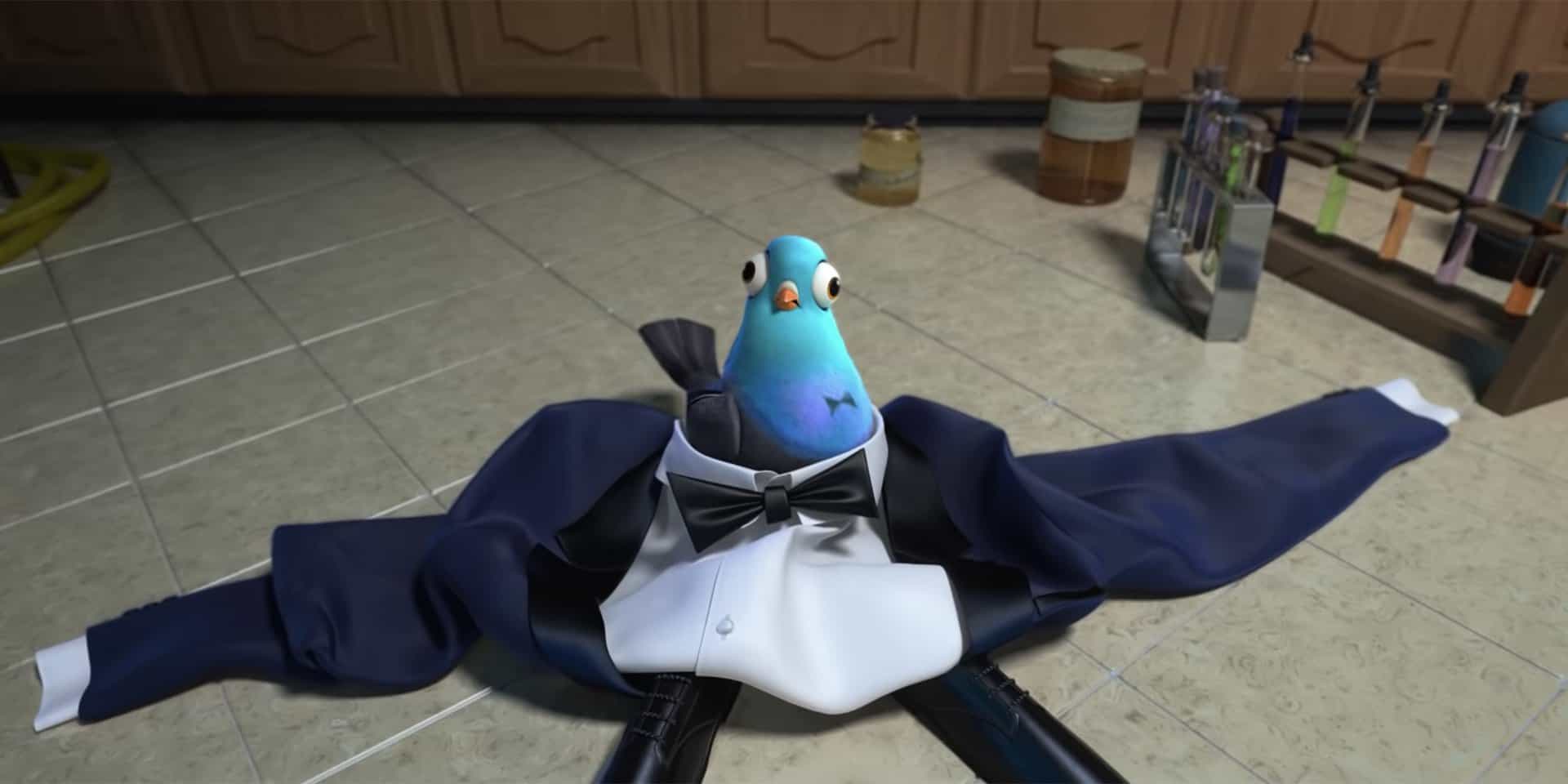 There is a palpable affection for the spy-fi genre here and the film gets plenty of laughs from juxtaposing James Bond-style coolness and elaborate action sequences with the silliness of one of its main characters having been transformed into a pigeon. Early in the film, we even get an homage to Kill Bill, with Lance facing off against hordes of Yakuza goons. As with any espionage thriller worth its salt, Spies in Disguise features multiple exotic locations, including a villain’s lair in Japan’s Iwate Prefecture and a luxury resort in Playa del Carmen, Mexico. The film’s most outstanding environment is Venice, Italy, featuring a night-time St Mark’s Square filled with pigeons.

The Not-So-Good: With its marquee name stars, wacky premise, colourful animation and wink-and-nod innuendo-based jokes aimed at the parents in the audience, Spies in Disguise sometimes feels like a middling mid-2000s Dreamworks animation product. While the element of a superspy turning into a pigeon is novel and rife with comedic possibilities, much of Spies in Disguise feels formulaic. This is most evident with its villain, Ben Mendelsohn’s Killian. He is mostly just referred to as “robot hand”, because that’s his sole defining characteristic, and Dr Claw from Inspector Gadget beat Killian to the punch some 30-odd years ago. While it’s nice to hear Mendelsohn’s natural Australian accent, he seems woefully underused, especially since there are hints of how truly sinister the character could have been if there were more to him. Seeing as this is a kids’ movie, perhaps it is a good thing that he’s not trauma-inducing levels of scary, but there’s still the sense that there could’ve been more here.

As breezily enjoyable as most of the movie is, there is a slightness to it – there’s just not a lot to the story or to the characters, and the attempts at engendering an emotional investment in the characters are only occasionally successful. Walter’s back-story, drawing on the bond he shared with his mother Wendy (Rachel Brosnahan), is moving but is barely sketched out. Most of the other characters besides the two leads, including Kappel and her surveillance experts Eyes (Karen Gillan) and Ears (DJ Khaled), barely register.

The product placement for the Audi E-tron is perhaps a touch egregious, but then again that kind of thing is all over the James Bond movies anyway.

Bird is the word: Spies in Disguise has some flashy action sequences, but some of the best parts of the movie are the interactions between pigeon-Lance and the actual pigeons who form his ‘flock’. The amorous Lovey, Walter’s pet pigeon who immediately develops a crush on pigeon-Lance, is an irresistibly adorable character.

Recommended? Yes. Spies in Disguise doesn’t deliver anything cutting-edge, but its two stars complement each other well and the animation is dynamic and fun to look at.