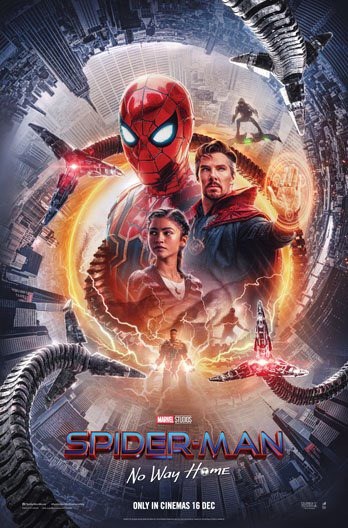 The Low-Down: For months, anticipation for Spider-Man: No Way Home has been building to a fever pitch. The Marvel Cinematic Universe (MCU) has begun toying with the multiverse, a concept familiar to comic book readers. The Disney+ shows Loki and What If…? have been planting the seeds, with the upcoming Doctor Strange: In the Multiverse of Madness set to further establish the concept. Before that, No Way Home flings open the gates. 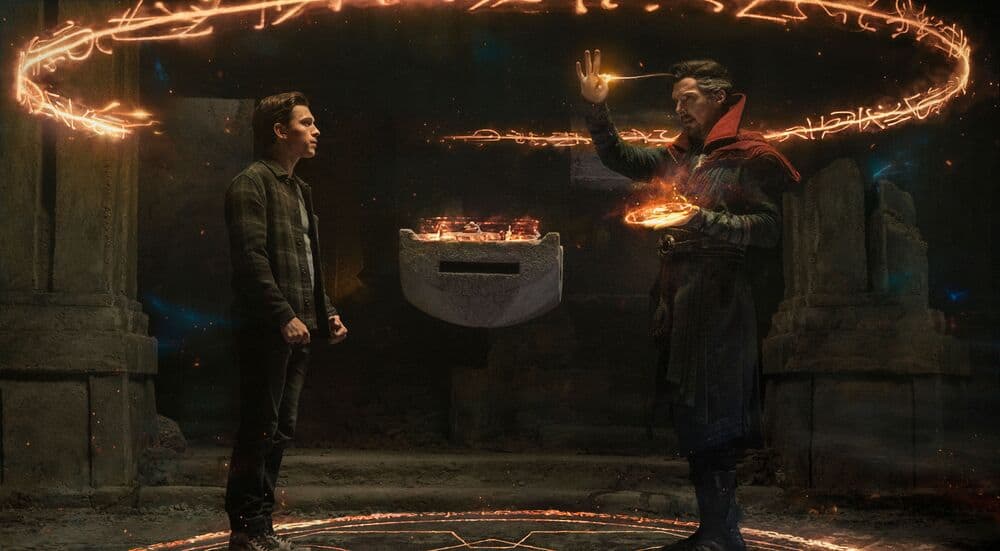 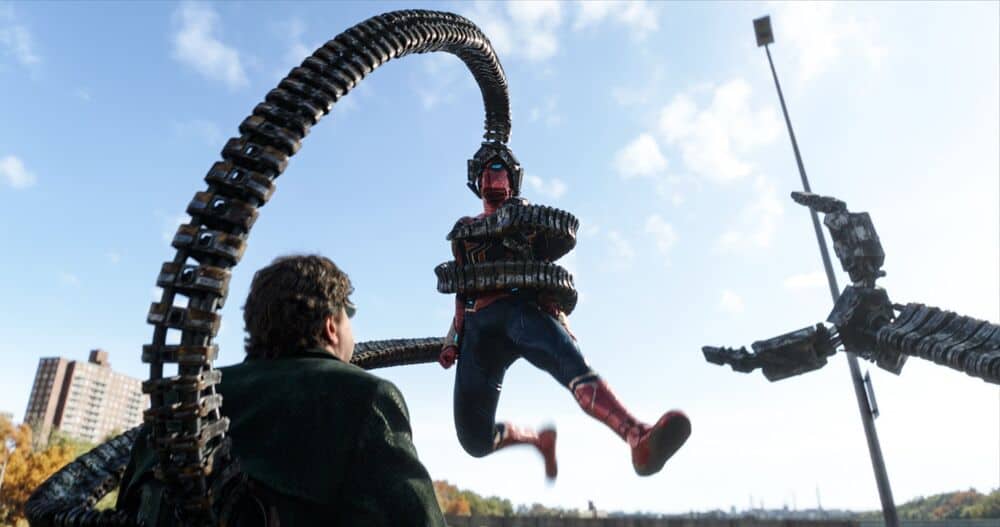 The Good: Watching Spider-Man: No Way Home feels like reading a comic book in the best way. Comic books aren’t confined by the same logistical constraints that live-action movies are. If a character needs to make a surprise appearance in an issue of a comic, there aren’t scheduling conflicts to contend with. Drawing an elaborate set is a different matter from constructing one. Like Spider-Man: Into the Spider-verse before it, No Way Home indulges the “oh, wouldn’t it be fun if…” daydreaming, something all comic book movie fans are given to. We’ve all had conversations where we voice our hope for something to happen or some character to show up, only for the reality of franchise rights and actor availability to dash those dreams. No Way Home takes viewers to the other side where all that is possible.

At the centre of it all, however, is the emotional arc of Peter Parker’s fear that his secret identity is putting those he loves and cares about in danger. Tom Holland’s performance remains endearing and relatable, with the supporting cast of Peter’s loved ones supplying both humour and emotion. Amidst the wild multiversal goings-on and the assault of multiple villains, this through line holds the movie together. This is a movie that’s constantly in danger of being too convoluted and of having too much plot, but director Jon Watts keeps all the plates spinning. The general plot beats are easy to follow and the 148-minute runtime passes by at a pleasant clip. 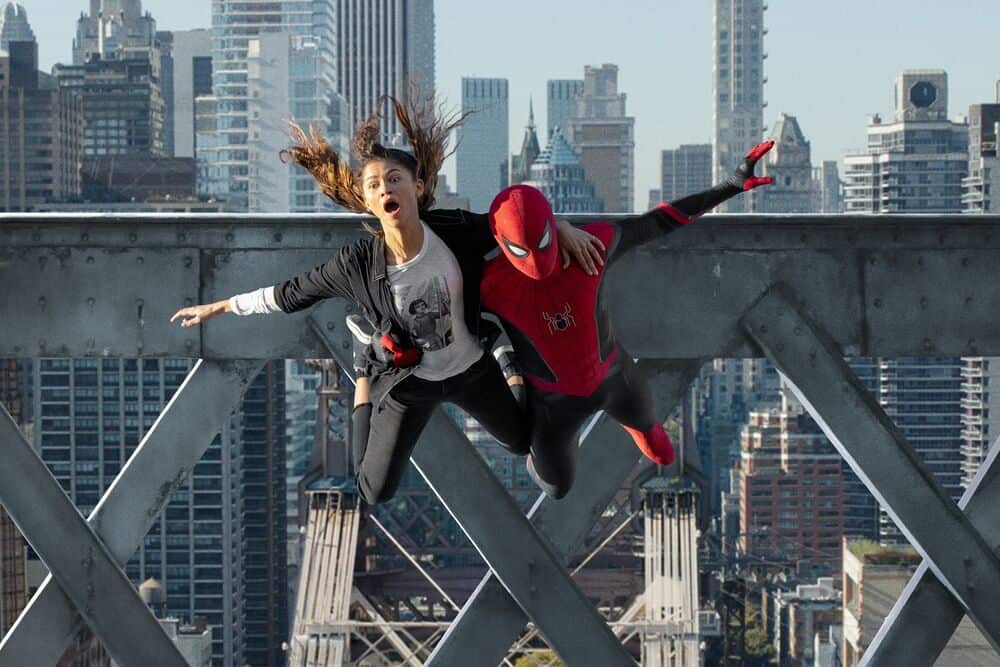 The Not-So-Good: Just like comics often do, No Way Home requires viewers to have at least some prior knowledge of the preceding material in the series – and not just of this Spider-Man trilogy, but the iterations that came before it. There is an attempt to establish each villain with a two-line summary of what their whole deal is, but the nature of this story requires a level of engagement with the material which not all audiences will have. If you’re not already sold on the conceit, then everything will be faintly to extremely ridiculous. One of the features of present-day geek-centric entertainment is the prevalence of fanservice, of presenting something and then going “here’s that thing you like!” Like any device, this can be deployed artfully or clumsily. While No Way Home tends towards the former, it can sometimes feel like a wobbly Jenga tower of references to other stuff. 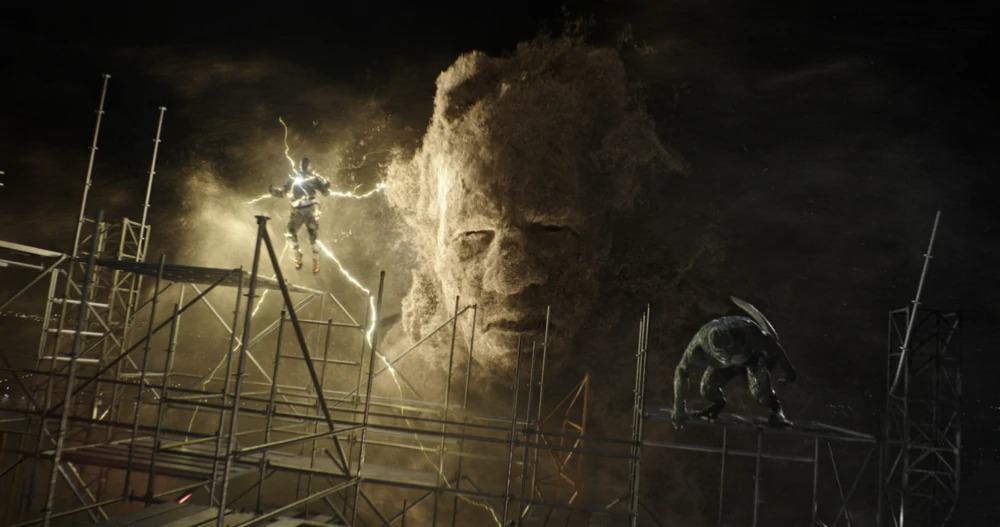 Unfortunately, a lot of the visual effects work comes off as especially synthetic. Wholly digital characters like Sandman and the Lizard feel phony, and several of the set-pieces are very reliant on digital backgrounds, such that it’s hard to place the characters in a physical space. Compare Doc Ock’s tentacles in this movie, which are completely computer-generated, with those in Spider-Man 2, which featured both digital and elaborate animatronic tentacles.

In nostalgia’s web: No Way Home promises to be a nostalgia trip, and it makes good on that promise. Few thought we’d see Willem Dafoe and Alfred Molina reprise their roles as the Green Goblin and Doc Ock respectively. Both actors are given more than mere cameos, and do get to give wonderful performances which remind us how good they were in their original appearances. Jamie Foxx’s Electro is slightly more menacing and credible and less cartoonish than in The Amazing Spider-Man 2. The screening this reviewer attended was sometimes reminiscent of when a guest star enters the room in a sitcom and the live audience goes wild. There was a lot of cheering and whooping, which is gratifying and enjoyable. 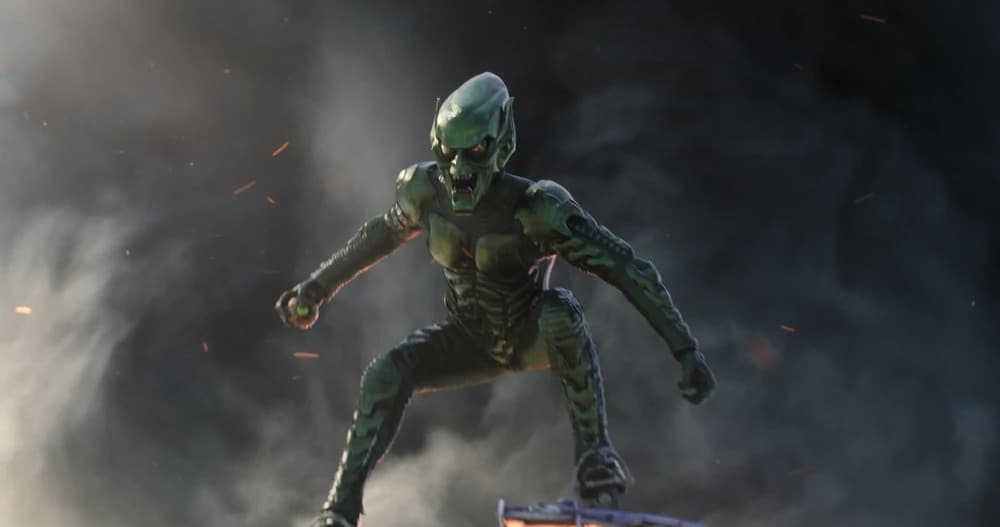 Recommended? Yes. If you’re a Spider-Man fan of any description, this is a treat.