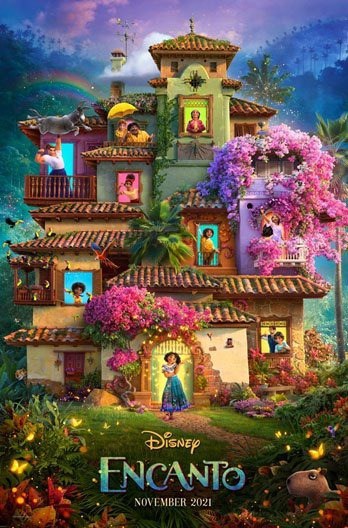 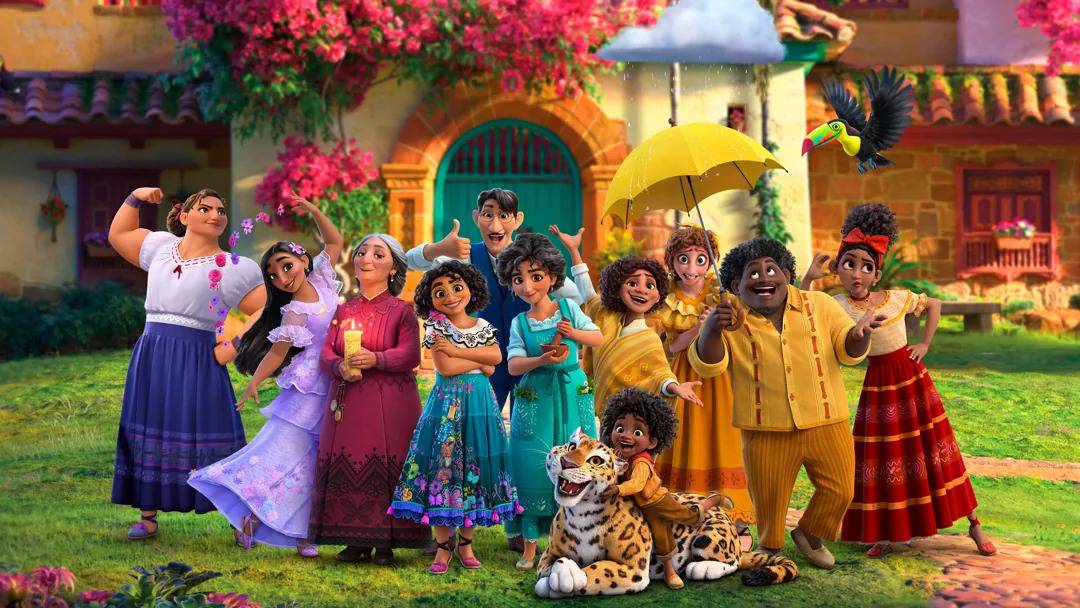 The Low-Down: We’re familiar with ‘chosen one’ stories of characters who step into a destiny they could have only dreamed of; discovering and cultivating powers to face insurmountable odds. Disney’s 60th animated feature is kind of an inverse of that, focusing on an ‘un-chosen one’. 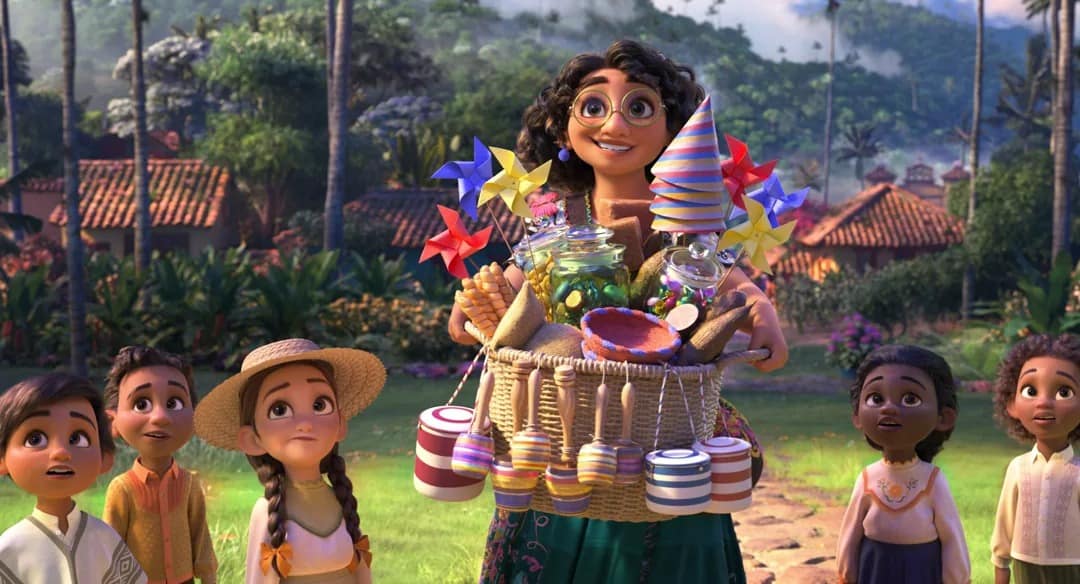 The Story: The Madrigal family, led by matriarch Abuela Alma (María Cecilia Botero, Olga Merediz), live in the mountains of Colombia. Living in an enchanted house and blessed by a magical candle with an undying flame, every member of the family has superhuman powers. Mirabel (Stephanie Beatriz) is an unusual member of the Madrigal family because she has no powers to speak of, and always feels like she has nothing to contribute. When the magic begins to fade, the other Madrigals’ powers begin to waver and cracks form in the house’s façade, Alma inadvertently blames Mirabel. Mirabel must uncover a dark family secret to undo the damage and save her family before it’s too late. 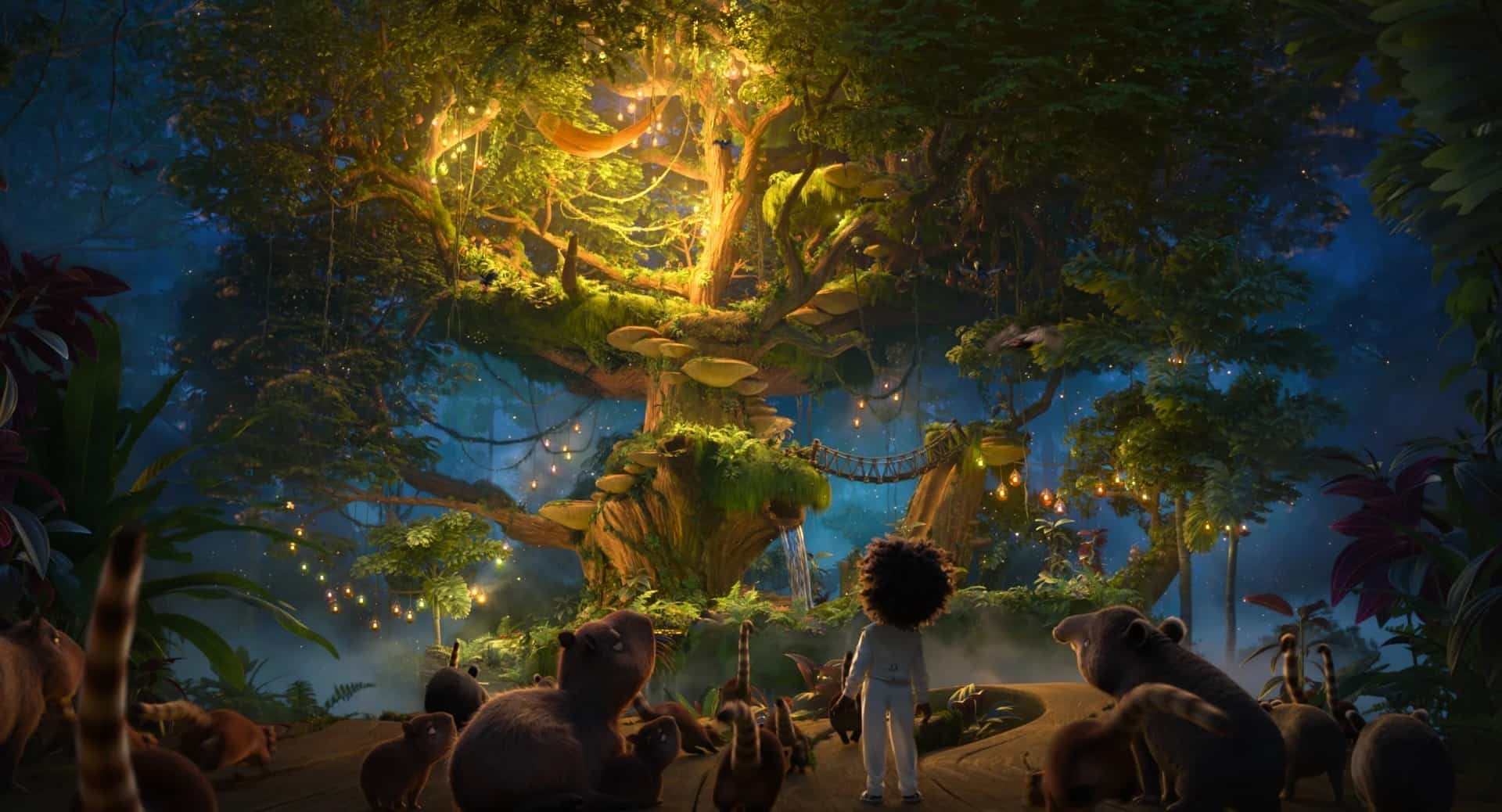 The Good: Encanto is lively and beautifully animated, a sweet, engaging and entertaining tale brimming with richness and texture. Zootopia directors Byron Howard and Jared Bush co-directed the movie with Charise Castro-Smith, best known as a playwright. Howard and Bush displayed a knack for world-building with Zootopia which they carry over to Encanto. Like the best of Disney’s animated movies, Encanto is not only visually captivating, but also funny, poignant and exciting. The film is inspired by the writing of Colombian novelist Gabriel Garcia Marquez, known for his tales of magical realism. The yellow butterfly which figures into the plot is a reference to Marquez’ One Hundred Years of Solitude. Underneath the colourful, dynamic exterior is a story about family and belonging, and of contending with generational trauma and the burden of preserving beliefs and traditions while preparing for the future. 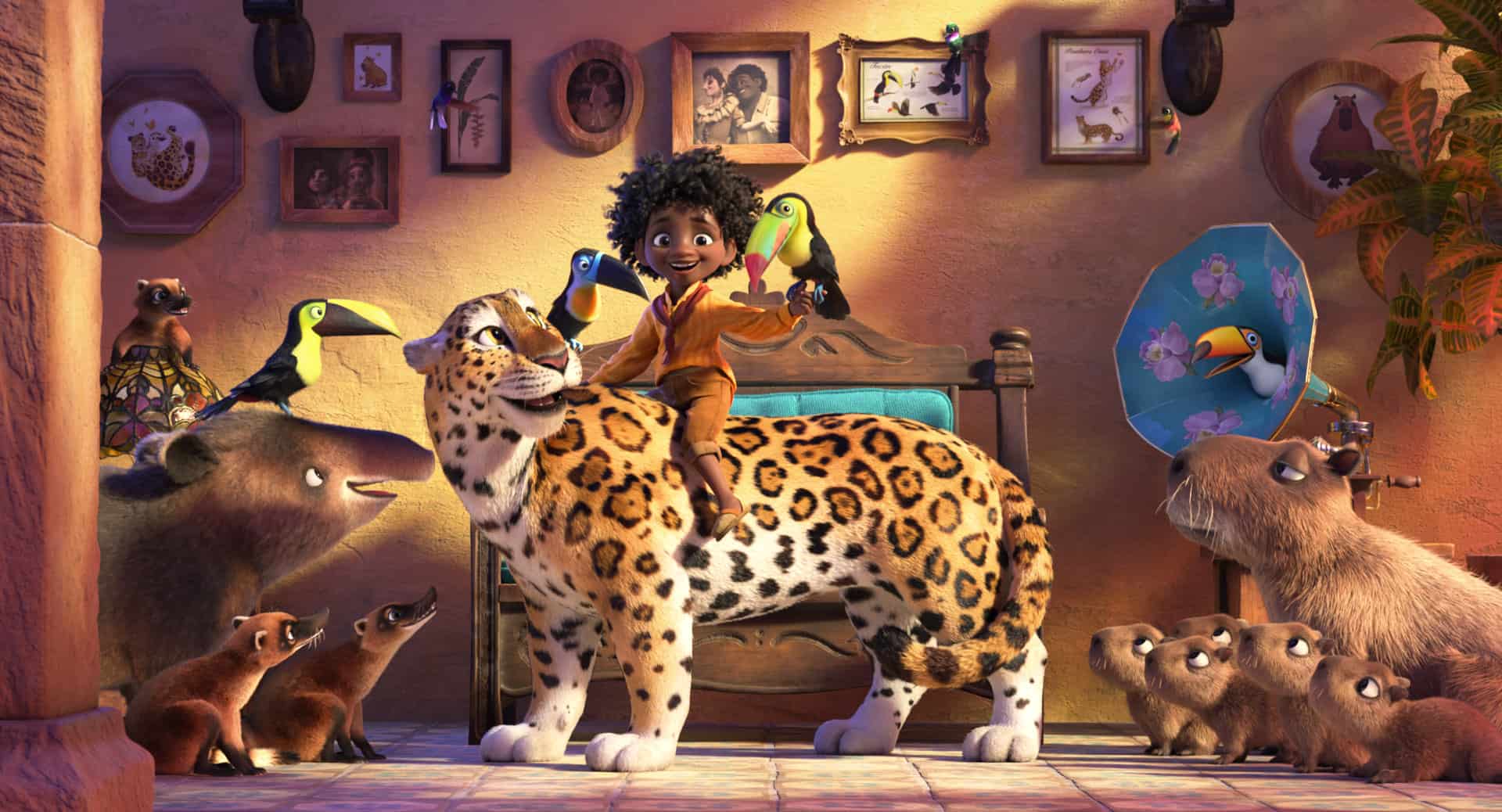 The Not-So-Good: With any fantasy story, the question of “how much is too much?” is a factor when it comes to the world-building. While Howard and Bush do an excellent job of building out the milieu in which Encanto takes place, the rules of the magic seem arbitrary. Yes, there’s a ticking clock, but the exact nature of Mirabel’s mission seems unclear. There are many characters to keep track of, reflecting a large and close-knit family, but that means several characters are reduced to caricatures. The film’s ending is also less-than-satisfying and slightly underwhelming given the emotional highs of earlier points in the films. 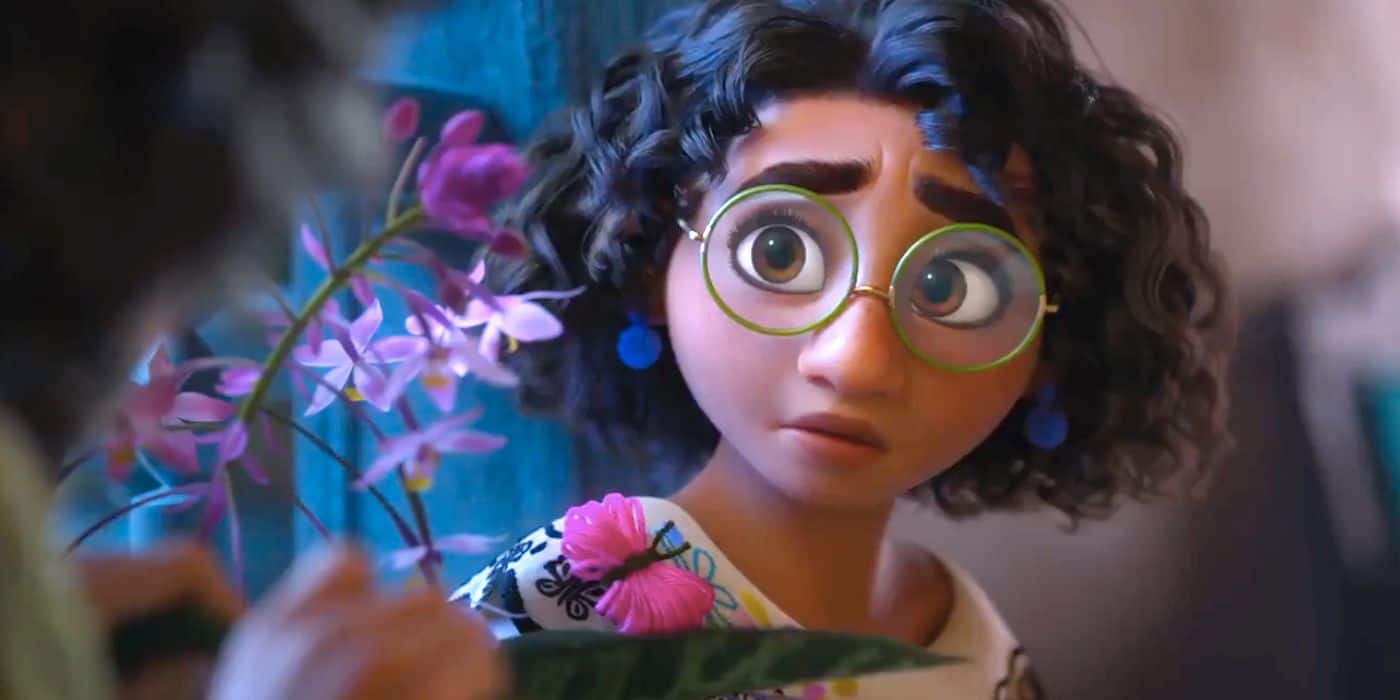 The power of family: Stephanie Beatriz gives a spirited vocal performance with an undercurrent of insecurity and frustration as Mirabel, and the movie gives us several memorable characters in the Madrigal clan beyond her. Both Mirabel’s sisters, whom she is constantly compared to, are endearing in their own way: Isabela (Diane Guerrero) is always perfect and put-together, while Luisa (Jessica Darrow) has super strength. Each sister gets their own song in which they confess about what they struggle with beyond their seemingly ideal exteriors. 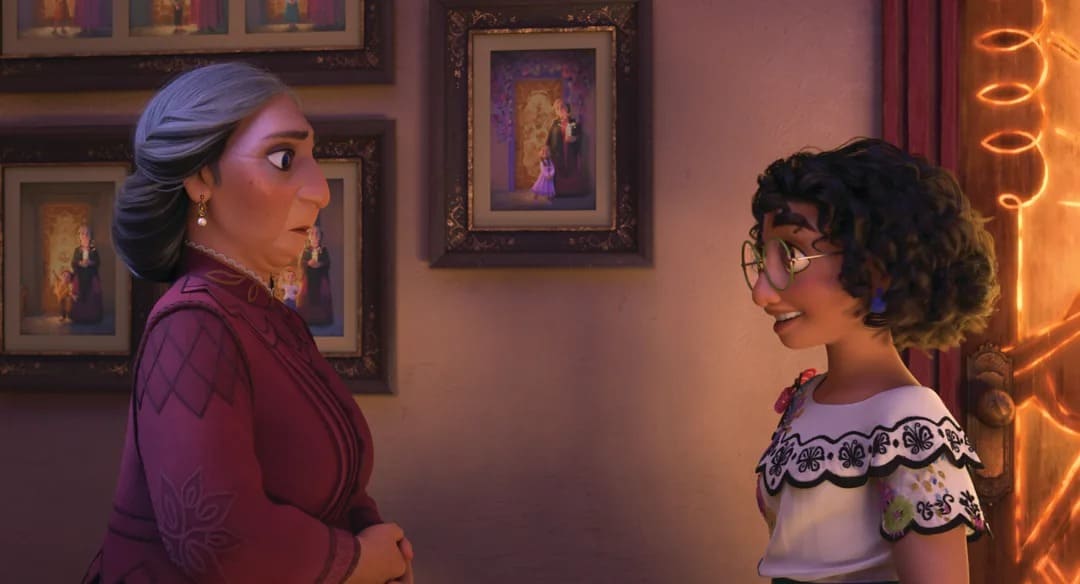 Because Mirabel is so easy to root for, it’s only natural that audiences might feel a certain contempt for Alma, who blames Mirabel for the Madrigal family’s problems. However, the movie does a wonderful job of giving Alma completely understandable reasons for her behaviour towards Mirabel. Raising triplets as a single parent after escaping an unspecified occupying enemy force, Alma has presided over the Madrigals for three generations now, and her fear that it will all fall apart is justified, even if it manifests harshly. 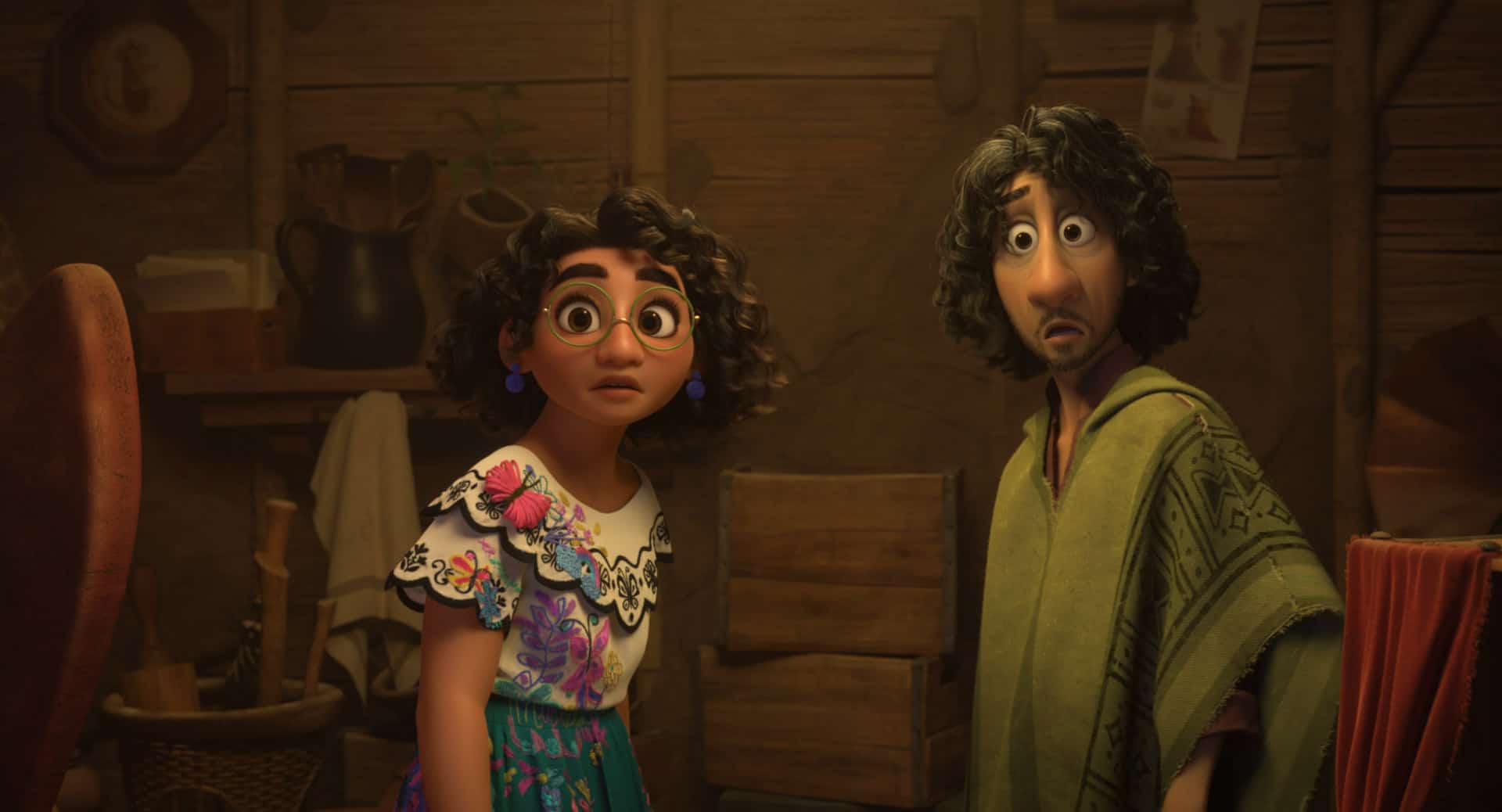 John Leguizamo is entertaining as he always is, playing arguably the movie’s most interesting character, Tio Bruno. Bruno’s ability to see visions of the future ultimately resulted in him being cast out of the family, as he was perceived as a bad omen. Leguizamo plays the tragicomic aspects of the character wonderfully. 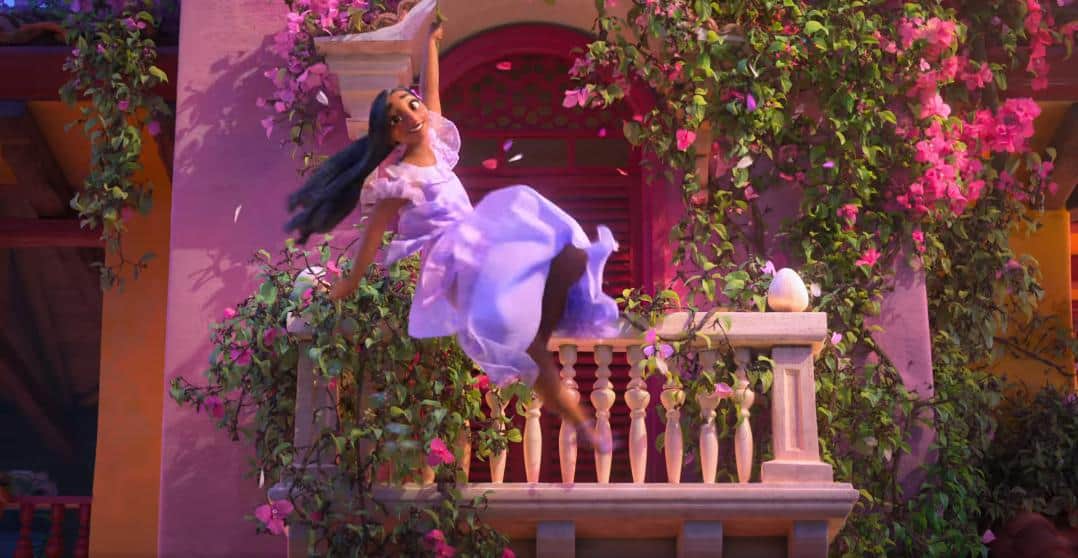 Music and magic: Arguably, the biggest star associated with Encanto isn’t one of the voice cast, but composer Lin-Manuel Miranda. This is one of several Disney projects the musical theatre impresario has worked or is working on, including Moana and the upcoming live-action remake of The Little Mermaid. The songs in Encanto are a lot of fun and are paired with wild fantasy sequence visuals. In many ways, Encanto is reminiscent of Miranda’s In the Heights. It’s probably no coincidence that Olga Merediz, who provides Abuela Alma’s singing voice, originated the role of Abuela Claudia in In the Heights on Broadway. The incidental music is by Germaine Franco, who worked on Coco.

Far from the Tree: The 2D-animated short film Far from the Tree, which precedes Encanto, is worth noting. Written and directed by Natalie Nourigat, the story of a curious raccoon is an unexpectedly emotional examination of generational trauma (yes really) and the balance parents must strike in protecting their children while also nurturing their curiosity about the world. Far From the Tree had this reviewer in tears even before Encanto began proper.

Recommended? Yes. Disney animation has another immediately likeable winner on their hands.