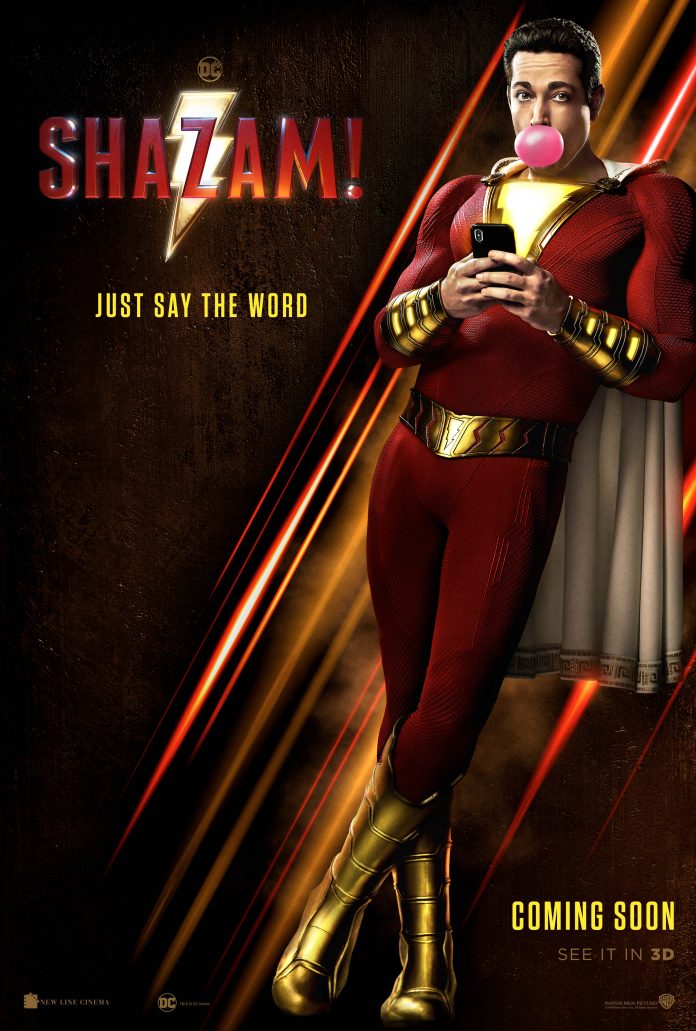 The Low-Down: DCEU’s very own Captain Marvel, or otherwise more popularly known as Shazam! in the comics, makes his second appearance on the big screen since his 1941 debut. Shazam! is a superhero comedy that explores some surprisingly dark themes while having a heartwarming core of familial bonds between strangers not related by blood.

The Story: An ancient wizard by the name of Shazam (Djimon Hounsou) summons 14-year-old Billy Batson (Asher Angel) to his lair and bestows immense power to the boy, turning him into a hyper-buff man (Zachary Levi) in a red jumpsuit with a glowing lightning symbol in the middle. Lost and helpless, Billy seeks help from his newest foster brother and ultimate superhero nerd, Freddy (Jack Dylan Grazer), to test and figure out his new found powers. Meanwhile, evil doctor Sivana (Mark Strong) is hot on Billy’s heels, threatening the lives of his newfound foster family if the latter doesn’t transfer his powers to him. Billy has to juggle between living a duo-life — one as a rebellious teenager who escaped from 20-odd foster homes and a superhero with the heavy responsibility of protecting the people.

The Good: Like most superhero movies nowadays, Shazam! is set in a world where the presence of superheroes is a widely known fact, saving the movie (and viewers) screen time to establish that revelation. The visual effects and technical aspects are on point, to say the least, and the tongue-in-cheek references to other DC characters are quite amusing. At its heart, Shazam! is a story about a rejected kid who finally finds his family and that his uniqueness can make a difference in an otherwise corrupt world.

The Not-So-Good: Some might find the abrupt transitions from a family-friendly comedy to dark territory with humans getting torn apart by hideous demons (minus the blood and gore) a little shocking. Angel also puts on a disappointingly flat performance, a stark contrast to his supposed sidekick, Grazer, who nails his part. Because of Angel’s mediocre take on Billy, Levi’s over-the-top performance as Shazam, unfortunately, feels a little detached.

Knock-Out Sequences: When Shazam! is not tickling you, the action set pieces are bolstered by decently executed visual effects. Every time Shazam! battles the evil Thad and his demons (literally and figuratively), the fighting choreography and CGI are mostly on point despite the meagre $90 million budget compared to other superhero movies.

Watch Out For: The mid-credits and post-credits scenes. Yes, that’s apparently the new standard now for blockbuster superhero movies, but both are sequel set-ups and nods to the other DC characters.

Recommended? Absolutely! Amid the recycled formulaic superhero movies, Shazam! is a much-needed and refreshing take on the genre. You’ll be laughing for the most part, and even the dark segments are overshadowed by the well-executed gags and phenomenal visual effects.