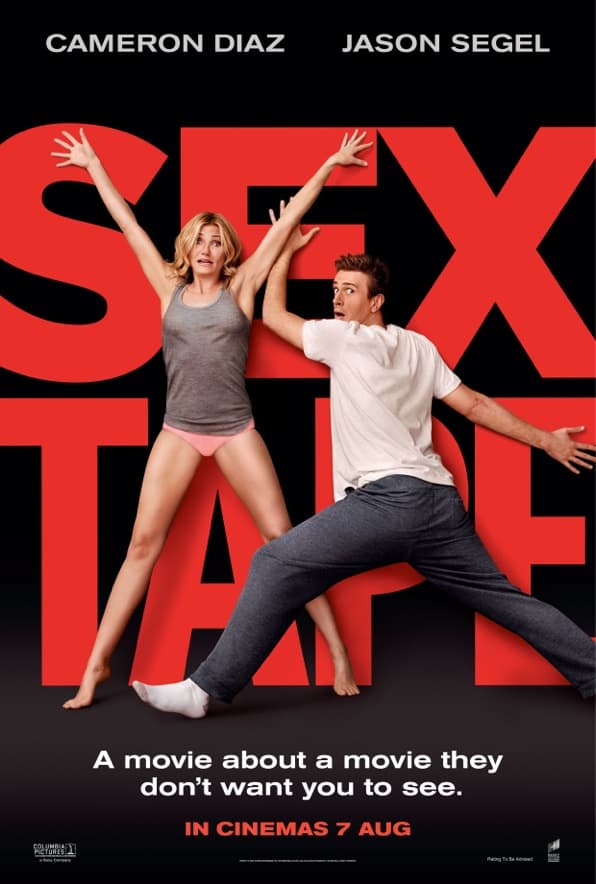 Dear Hollywood writers, producers, etc. Yes, we know it is extremely tempting to make a movie about the latest fads. ‘Those crazy kids and their iDevices, Siris, clouds and online stuff! Quick, let’s come up with a high concept story about them!’ Sadly, by the time your ideas go through development, production and release, they won’t be comedy gold. They’ll be comedy old. A comedy about a couple whose sex video is leaked to multiple devices thanks to the cloud ‘that nobody understands’? That’s so 2003 and 2010, respectively, and it feels like a tired joke you’ve heard many times before.

The basic premise of Sex Tape redefines the concept of ‘first world problems’: our protagonist is a wealthy man (Segel) who has given away countless iPads to family, friends and even strangers. These are perfectly functional devices worth hundreds of dollars, but he treats them like junk he got from a two-dollar shop! He doesn’t wipe them before handing them over, because he wants the new owners to be able to enjoy every update he makes to his ‘awesome playlists’. He works in the music industry, or so we are supposed to believe following a one-minute scene in what seems to be a recording studio.

If you can suspend your disbelief and accept this highly improbable scenario, you’ll spend the next 90 minutes with iPad man and his wife (Diaz, whose career has seen much better moments) as they try to retrieve the iPads, deal with blackmailers, and prevent anyone from watching their re-enactment of the 1970s book The Joy Of Sex.

Does it really matter that Diaz does her first nude scene in this movie, or that Rob Lowe somehow makes fun of his own sex tape incident? Sadly, no. The chemistry between Segel and Diaz is the only thing keeping Sex Tape from being an absolute waste of time. Even the actual ‘sex tape’ should’ve been left to the imagination, instead of being used in the end credits. It is that uninspired.

It’s also quite intriguing that this apparent love letter to Apple is produced and distributed by Sony. At first glance, it seems like this year’s front-runner for Most Shameless Product Placement on Film (right behind Transformers: Age Of Extinction). On second thought, because iPads are presented – no matter how comically – as devices that could potentially breach your privacy in the most embarrassing way possible, Sex Tape ends up being bad publicity just like The Internship was for Google.