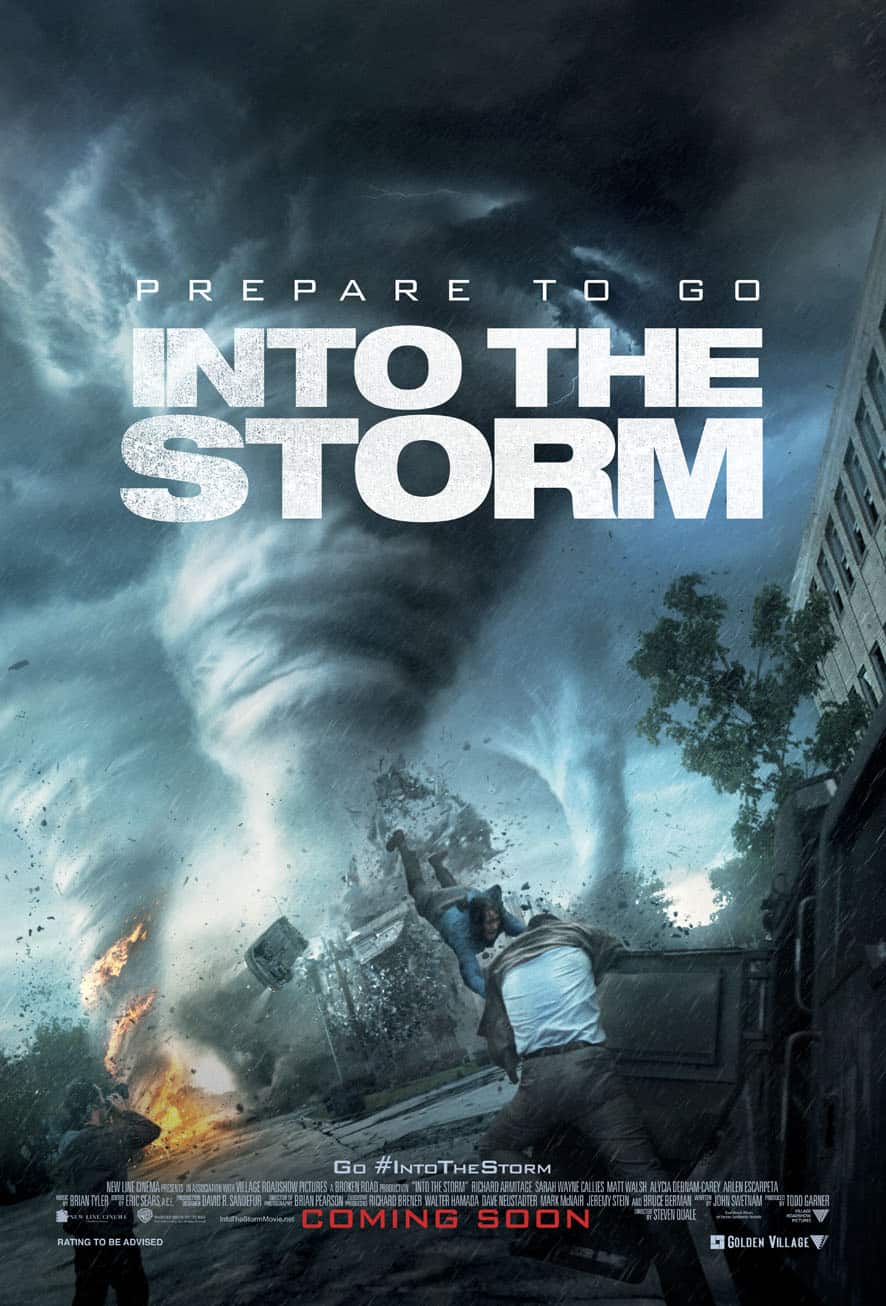 Apparently, the chronic neglect of Mother Earth that the human race regularly demonstrates in most realms of life doesn’t extend to the movie-making arena, because here we have yet another film about what she can get up to when she’s pissed off. Ignoring all that environmental shtick and treating Into The Storm as what it really is (an in-your-face disaster movie), however, will significantly improve your chances of enjoying the flick. 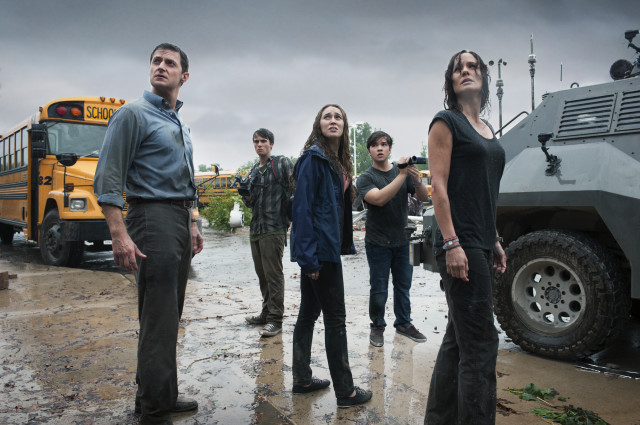 Into The Storm stars Richard Armitage (on a break from his beard and dwarven armour) as Gary, a high-school vice-principal and single father to two rambunctious teenage boys (Deacon and Kress). They have absolutely nothing to do with the other group of characters at the film’s core, a storm-chasing crew led by the prestige-obsessed Pete (Walsh) and also including meteorologist Allison (a post-Walking Dead Callies), until a tornado, or rather a succession of tornadoes, hits the small town in which Gary lives. Cue massive mayhem and destruction.

The plot is as formulaic as they come, whether it’s Gary’s estranged relationship with his sons or the emotional toll that Allison’s absenteeism is taking on her five-year-old daughter. There are also some moments that will strain an audience’s ability to suspend disbelief, such as when one of Gary’s sons nearly drowns but is walking around like nothing happened mere minutes later. Then again, nobody watches disaster films for their compelling human drama, so we should cut Into The Storm some slack. The actors produce serviceable performances, and no one is guilty of grossly overacting in the face of imminent death or dismemberment. 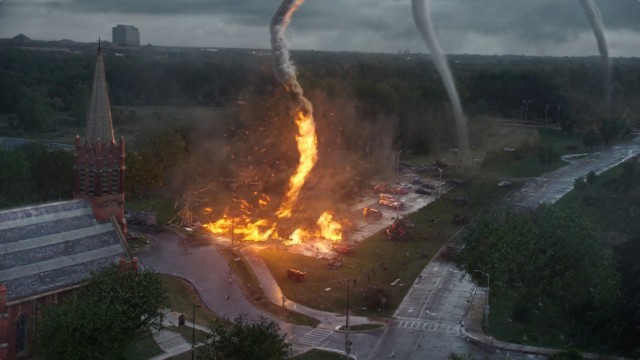 The star attractions are definitely the tornadoes themselves. This reviewer remembers reading some comments online that whined about how the tornadoes still look really fake and Hollywood hasn’t advanced at all since 1996’s iconic tornado toss-up Twister. Well, they looked real enough to your trusty reviewer. The shots of stuff getting blown away (no flying cows, though) are adequately satisfying, and many of the outdoor scenes seem to have been filmed during actual storms rather than with the use of artificial rainmakers. Into The Storm doesn’t have the same budget as any of Roland Emmerich’s epics, and it tells, but those who like their scenes of mass destruction should still get their kick.

We should mention that Into The Storm also bills itself as a found-footage film, but the reason that we’re only mentioning this now is because the film takes the term ‘mockumentary’ to a whole new level. The camera equipment owned by the film’s characters is absurdly resistant to the worst that nature can produce, surviving flash floods, collisions and even tornadoes. It’s a wonder that some of the hand-held devices don’t fly out of the characters’ hands when they’re supposedly filming a tornado up close. The characters also find the time to make touching self-epitaphs to their logic-proof cameras at times when they should be freaking out about their dire predicaments instead. Only towards the end does the film begin to make this extremely loose grasp of realism feel deliberate, with a few self-reflexive pokes at its own ludicrousness (one character shouts “Holy sh*t, my camera’s still working!”). 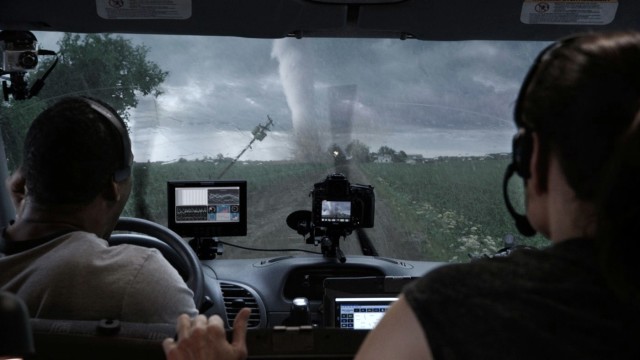 The slight degree of self-awareness that Into The Storm shows at its conclusion goes a long way towards preventing it from becoming an out-and-out travesty, but that’s small comfort for fans of the found-footage genre (or any genre, for that matter). For anyone other than the most hardcore disaster mavens, Into The Storm should remain the kind of film that one watches when one has some cash to spare and nothing else good is showing at the local cineplex.

Summary: Go into the theatre with your expectations lowered, and you’ll find that Into The Storm is actually a pretty good disaster movie. But that’s about all it has going for it.