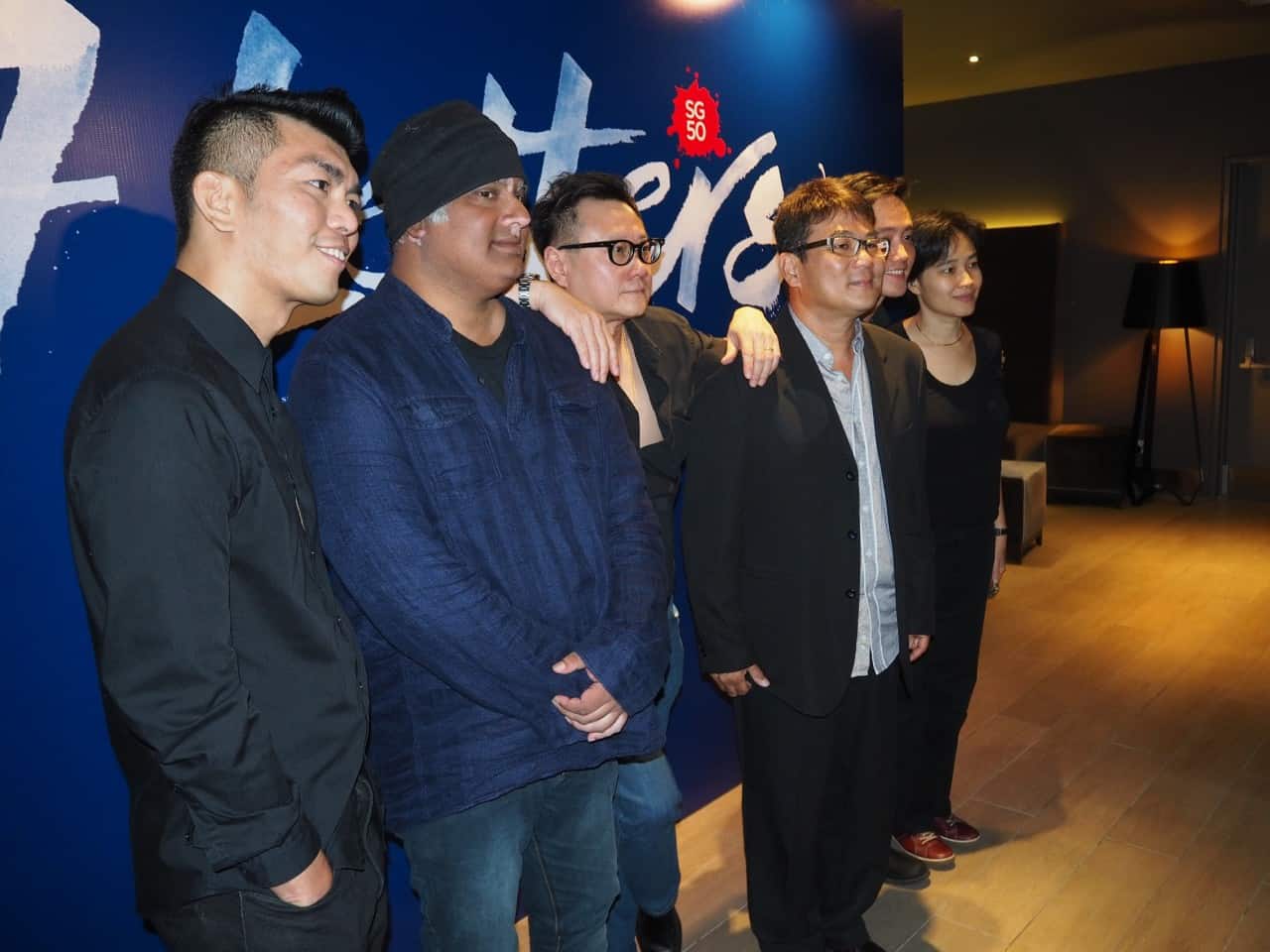 In 2015, Singapore celebrates 50 years of independence and there has been no shortage of projects planned to commemorate this occasion. One of the biggest is an anthology film that unites seven of Singapore’s most prolific filmmakers – Royston Tan, Boo Junfeng, Eric Khoo, K. Rajagopal, Jack Neo, Tan Pin Pin and Kelvin Tong. At the press conference held in Golden Village’s Suntec cineplex, the title of the Jubilee film project was officially unveiled: 7 Letters.

“As we approach the celebration for Singapore’s 50th birthday, we as a film community wonder what we can contribute to this celebration,” Royston Tan, who is spearheading the project, says. “This is a ground initiative; we’ve decided to embark on a personal journey to tell personal stories about Singapore that inspire us, and more importantly about Singaporeans, how they’ve impacted us, and telling familiar stories. This gesture is almost like writing a very personal love letter to Singapore. Hence, 7 Letters.”

Royston says that when he put out the call for directors to participate in the project, the response was swift and enthusiastic and that the concepts each of them had for their short films came together fairly quickly. This assembly of directors is a super-group of sorts, Jack Neo remarking “this is the first time in Singapore history that all the directors are together so very exciting.” 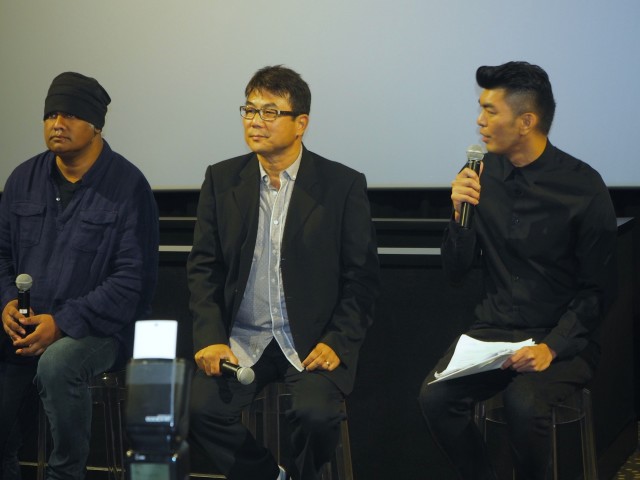 When asked how each director’s different styles will work together as presented in 7 Letters, Tan Pin Pin replies “I think it’ll work together very well because this film will be a celebration of our differences. We all have a common core in which we’ve been making films for many years to tell Singapore stories. I think it’ll be exciting for audiences to see Singapore from so many different perspectives.” 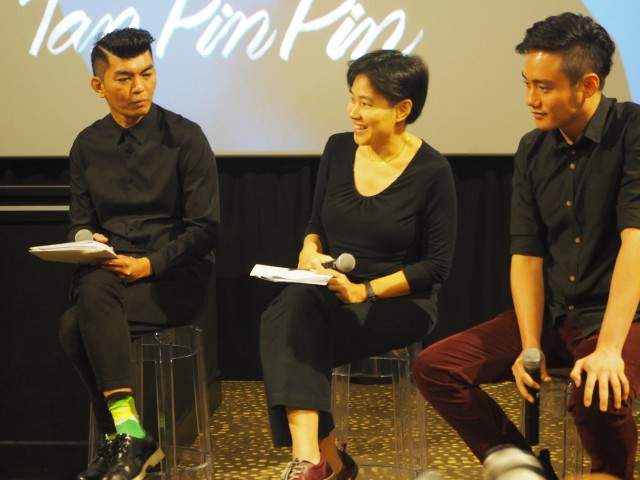 Each of the directors then elaborates on their own segments of the film. Boo’s is titled “Evolution”. Explaining why he chose the theme, he says “I think growing up in Singapore, we are used to the idea of change. Whether it is [the] cityscape, attitudes, our way of life, things have always been changing and will probably always continue to change.” Despite the constantly shifting sands, Boo observes that “certain things remain, certain core values remain, those are the things that carry through and define who we are.” “Evolution” will be set in the present day with a quick flashback to 1965.

Eric Khoo’s contribution is entitled “Legacy” and is dedicated to the golden days of filmmaking in Singapore. “The Shaw Brothers were here making films from the 40s and mine is really a tribute to the pioneer generation of filmmakers,” he explains. Khoo, who founded the horror film imprint Gorylah Pictures, shares how horror movies were a formative part of his film-going youth. “I love horror. That’s gonna sneak its way in. And then really, we were known for our great ghouls, Orang Minyak, Penanggal, these are incredible, fascinating sort of tales from folklore. My whole thing with cinema is to pay tribute to that kind of cinema that was huge and did incredible box office throughout Asia.” He then takes a moment to reminisce about making his first feature film 12 Storeys, in which Jack Neo played the lead role of “Ah Gu”. 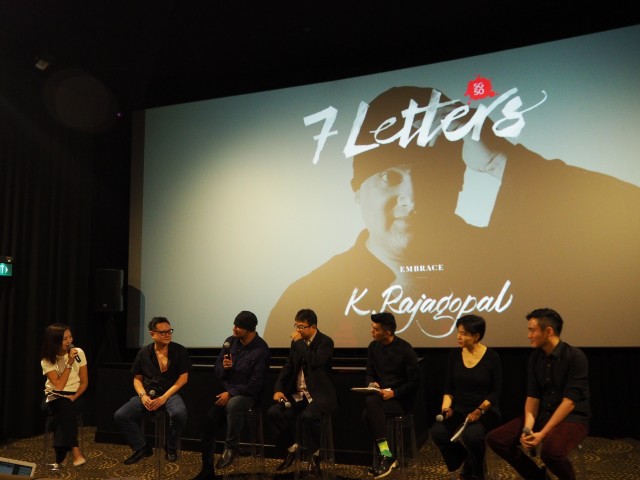 Rajagopal’s section of the film, “Embrace”, is inspired by his own parents and as such is a story that’s close to his heart. “It was the early 70s and it was very uncertain at that time for a lot of people and being a minority, wondering whether to stay back in Singapore or not, it was very difficult in terms of the situation so to overcome that and whether to stay on, that was a very, very big question,” he says. “Embrace” deals with the struggle between following traditions and forging ahead. “I think as much as I don’t keep to the traditions or anything like that, it sort of makes you who you are, so I think it’s equally important and at the same time to embrace change,” he says, adding that this short film is a tribute to the Indian community of Singapore’s early post-Independence days.

Jack Neo, the most commercially successful of the seven directors, is helming “Time”. Outlining the story, he says “I wanted to tell a puppy love story. I have never done this before and I wanted to show you know kampong (village) boy and kampong girl, they are around the age of 12, this is the beginning of…they start feeling about love.” Set in the late 60s – early 70s and inspired by his childhood in Kampong Chai Chee, his segment of the film will consist mostly of dialogue in the Hokkien dialect to keep things authentic for the period setting. “Because it’s 1965, so there’s no reason censor board not happy,” he quips. Waxing nostalgic, Neo says he misses “the coconut tree, I miss the smell in the village, the kampong…I miss all the neighbours. All the neighbour children playing together.” Having mostly worked in feature films, keeping the story at a running time of 10-12 minutes was a new challenge for the director. 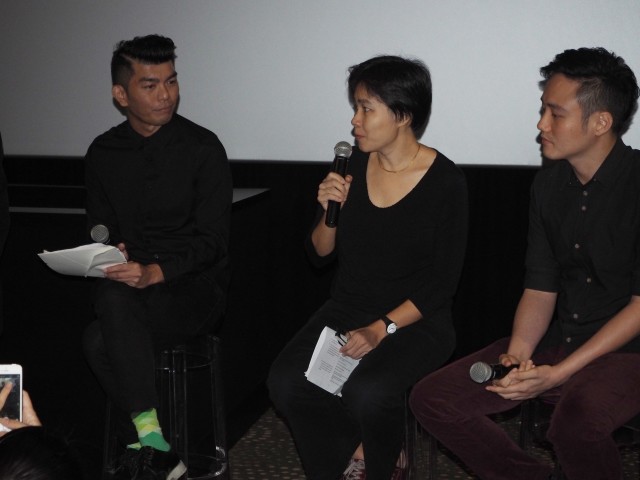 For Tan Pin Pin, known mainly as a documentary filmmaker, the chapter “Roots” will be her first narrative drama in 15 years. “It is a challenge but I’ve decided that I should take challenges up so I really relish this opportunity and I hope to seek advice,” she says. Despite the banning of her recent film To Singapore, With Love, Tan Pin Pin’s affection for Singapore is still evident. “All my films, ever since I started making films too many years ago, have really been love letters to Singapore and that love is manifested by searching and finding and trying to dig out roots. So this theme, I’m not quite sure why it just stays with me, I think it’s almost quite central to everything I do. So when I was presented with this opportunity, the story that floated up in my mind also followed this theme. So it’s now a drama, a road movie, about a family looking for their roots.”

Royston Tan conceived of his segment, “Song”, after bouncing ideas off of Eric Khoo. “He said ‘oh, I’m going to pay tribute to cinema, images’ then I said ‘okay, I should pay tribute to sound, music.’” The short film is set in the 80s and revolves around two neighbours who become unlikely friends even though they don’t speak the same language, having been brought together by music. Royston says, “One of the very immediate things that I wanted to capture was Chinese Opera. I gathered the original troupe of Xin Sai Feng which had already disbanded but the Hua Dan (female lead), they’re retired but they specially decided to come back to do this film.” The director has an affinity for nostalgic locations in Singapore, as displayed in his documentary Old Romances. He plans to shoot “Song” at a first-generation Housing Development Board (HDB) block in Tanglin Halt before it is demolished.

Kelvin Tong is absent as he is busy working on post-production for his film in Bangkok. Royston explains on his behalf that Kelvin Tong’s short film, “Tradition”, will focus on “how tradition plays a very important part in bringing the whole family together” and is set during the annual Qing Ming festival, when Chinese families visit the graves of deceased relatives to pay their respects. 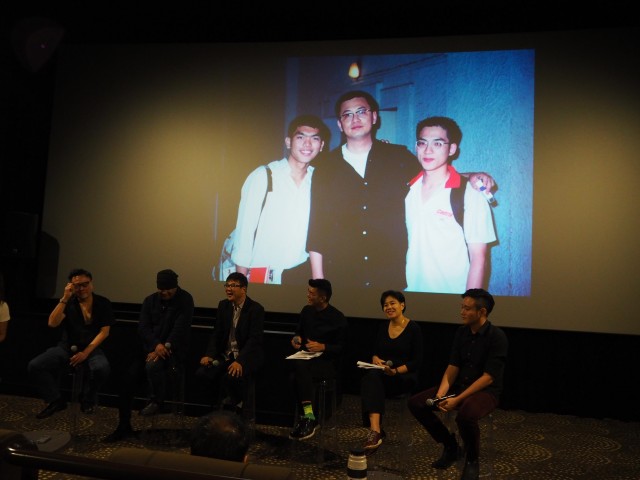 The gala premiere of 7 Letters in July 2015 will mark the grand reopening of the historic Capitol Theatre. We are shown a photograph from Royston’s youth taken at the Capitol Theatre, in which the then-19-year-old Royston stands alongside his friend and famed director Wong Kar-Wai after the premiere of Wong’s film Happy Together. “I remember Wong Kar-Wai saying this thing that was very, very moving. He said he decided to have the Asian premiere of Happy Together in Singapore because of Capitol Theatre. This kind of theatre you don’t see this anymore in many parts of the world. It’s something he feel that it’s truly a cinematic experience for him.”

Eric Khoo adds, “I think Capitol is the most grand of all the cinemas. There was the dome inside and you all these incredible sculptures and it was really big, I think like over a thousand seats. It’s great that it’s coming back. I saw a lot of horror films there, there was one really good film called It’s Alive,” he says, referring to the 1974 film about a vicious killer infant. 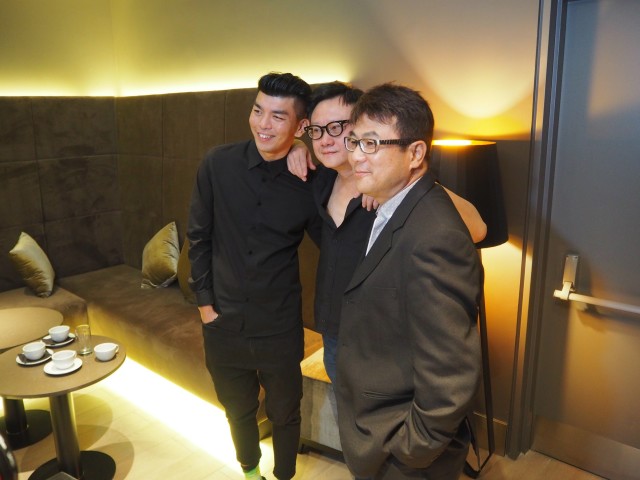 F*** asks each of the directors what physical possession or piece of their own work they would put in a time capsule. “Probably a film I haven’t made yet,” Boo Junfeng says softly to chuckles from the audience. Tan Pin Pin’s pick is a branch from a tree growing downstairs that sheds purple flowers. K. Rajagopal chooses, appropriately enough, his film Timeless.

“For me, it won’t be a physical thing, it’s really the ren qing wei (personal touch) that I want to capture,” Royston says. “We’ve been moving very quickly and I think this ren qing wei is something I really cherish. I hope to capture this but I don’t think I’ve figured out how to put it on film.”

Jack Neo chooses something similarly intangible, the “kampong spirit” that has mostly eroded away.

For Eric Khoo, it’s Pain, the short film he made in 1994 that got banned. “I think it sort of paved the way,” he says thinking back.