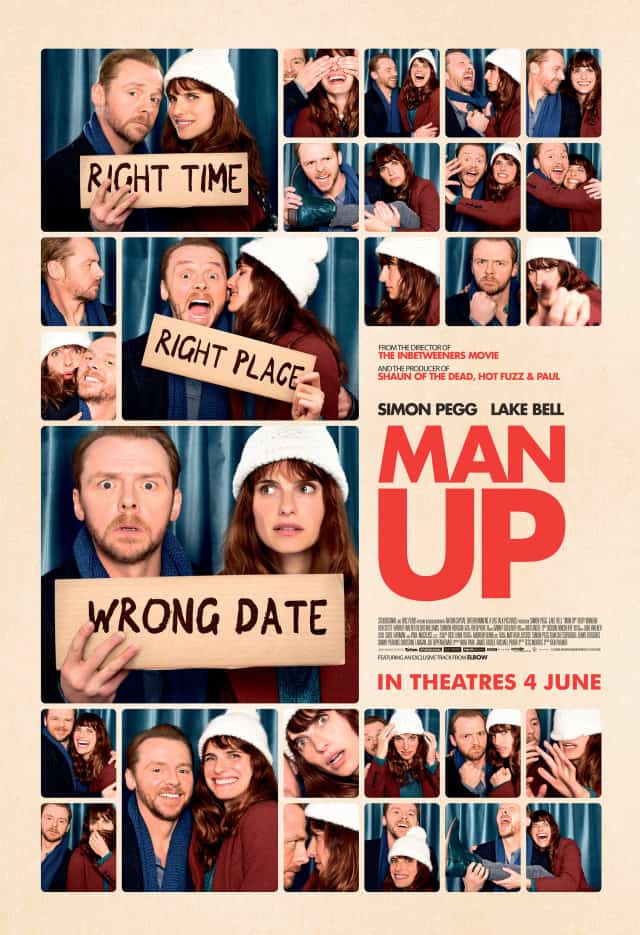 Fans of the romantic comedy will agree: the genre has fallen on bad times in recent years. Even those with a high tolerance for schmaltz and predictability have been burnt enough times to stay on their guard – beware of any rom-com that promises to rise above clichés and wish fulfilment, for that way lies disappointment and despair. It comes as both a surprise and a delight, then, that Man Up is as strangely romantic and deeply funny as it is. The film may not quite manage to completely steer clear of some of the genre’s pitfalls, but that’s easy enough to forgive when Tess Morris’ script is so smart and refreshing in digging into its characters and central relationships. 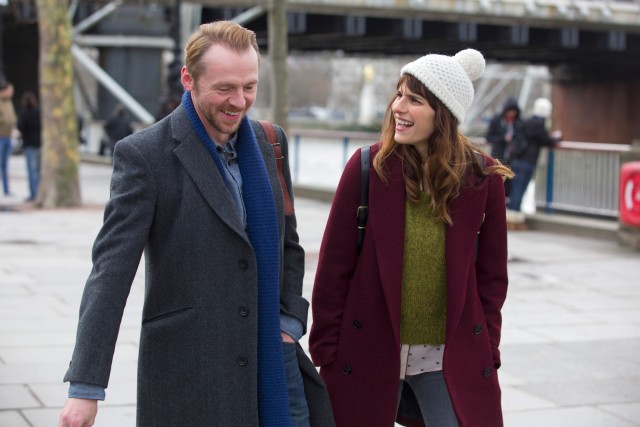 We open on Nancy (Bell), a jaded 34-year-old woman who’s close to giving up on romance and spontaneity. But, just as she’s decided to resign herself to a lifetime of spinsterhood, Nancy bumps into perky, bubbly Jessica (Lovibond) on a train – and, through a series of misunderstandings, winds up hijacking the latter’s blind date. When she forms an instant connection with Jack (Pegg), a 40-year-old divorcé who shares her love of cult movies and seems to really get her terrible jokes, Nancy makes the impulsive decision to skip out on her parents’ fortieth anniversary party in favour of maintaining the farce and pretending to be Jessica.

Anyone who’s schooled in the conventions of the genre would be able to guess where it’s all headed. Indeed, the final outcome of the film is never in doubt. And yet, what makes Man Up so fun to watch is the unexpected but very welcome detours it takes to get there. Morris doesn’t allow Nancy’s ruse to go on for too long, but nor does she resolve it with a sprinkling of the all-powerful fairy-dust magic that conveniently gives characters amnesia and personality transplants in more lazily-written rom-coms. When Jack inevitably uncovers Nancy’s ruse, his understandable anger adds a new dimension of honesty to their constantly evolving relationship. 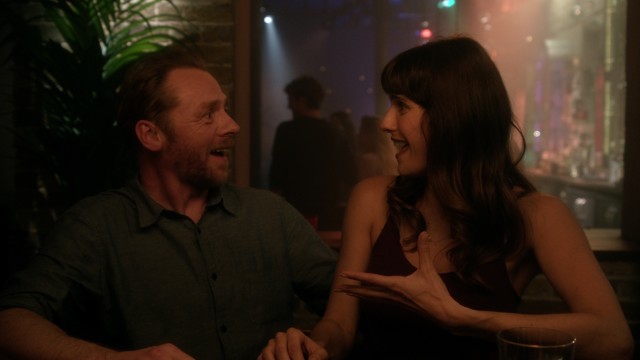 In fact, Morris makes it a point to explore her characters in considerable depth and detail. She really works hard to have her plot reveal ever more layers of each character, which reaches poignant and hilarious heights during an awkward meeting with Jack’s adulterous soon-to-be ex-wife (Williams). As Nancy and Jack flirt and fight, and bicker and banter through the night, they are forced to confront their own issues, insecurities and imperfections. Rather than sanding away these rough edges, the script celebrates them. Along the way, it makes a truly compelling case for why these two people, oddly and against all odds, somehow fit and complement each other.

Ben Palmer, who directs proceedings with plenty of snap and energy, benefits from the winning performances turned in by his two leads. Bell, a native New Yorker sporting a pitch-perfect British accent, brings Nancy to prickly, loose-limbed and utterly charming life – she is, in effect, an enormously appealing, very modern version of a screwball dame. Pegg is every bit as lovely as Jack, a goofy romantic who isn’t afraid to wear his very big heart on his sleeve. Anyone more familiar with Pegg’s comedy antics may not think that he’s up to the task of delivering big, romantic gestures and speeches, but he plays it all with such disarming sincerity here that he helps the slightly pat ending go down very smoothly indeed. 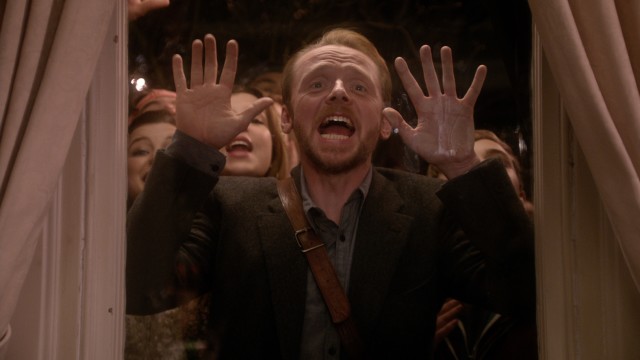 Even the most mediocre of rom-coms can become something special when the chemistry between the leads is right. In Man Up, it’s pretty much perfect. When Bell and Pegg share a screen, you want to keep watching them hang out – the fizzy, sparkling chemistry between them is undeniable and all the more impressive for the many permutations their mercurial on-screen relationship undergoes during the course of the film.

It’s true that Man Up sags a little in its final stretch. The sparky dialogue and fascinating interplay between Nancy and Jack – so rich with character moments and insights – must necessarily give way to genre conventions. As the film dutifully ties up its loose ends, it loses a little steam, especially inIn many ways, Man Up is just like Jack and Nancy: flawed and complicated, but full of love, heart and hope. giving too much weight to Sean (Rory Kinnear), an oddball supporting character who’s nursed a creepy crush on Nancy since their school days. 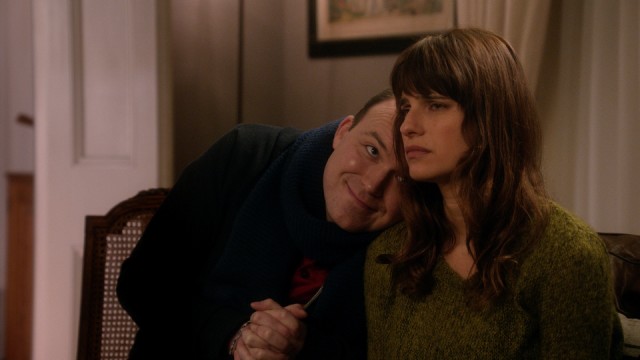 However, a touching if slightly shaky ending does not detract from Man Up’s many virtues. This is, first and foremost, a delicious romp, clever and smart and funny, which finds romance in its comedy and vice versa. Imbued with believable inner lives, flaws and quirks, the main characters are all recognisably human. Crucially, they’re worlds away from the cardboard cutouts that populate more vapid rom-coms.