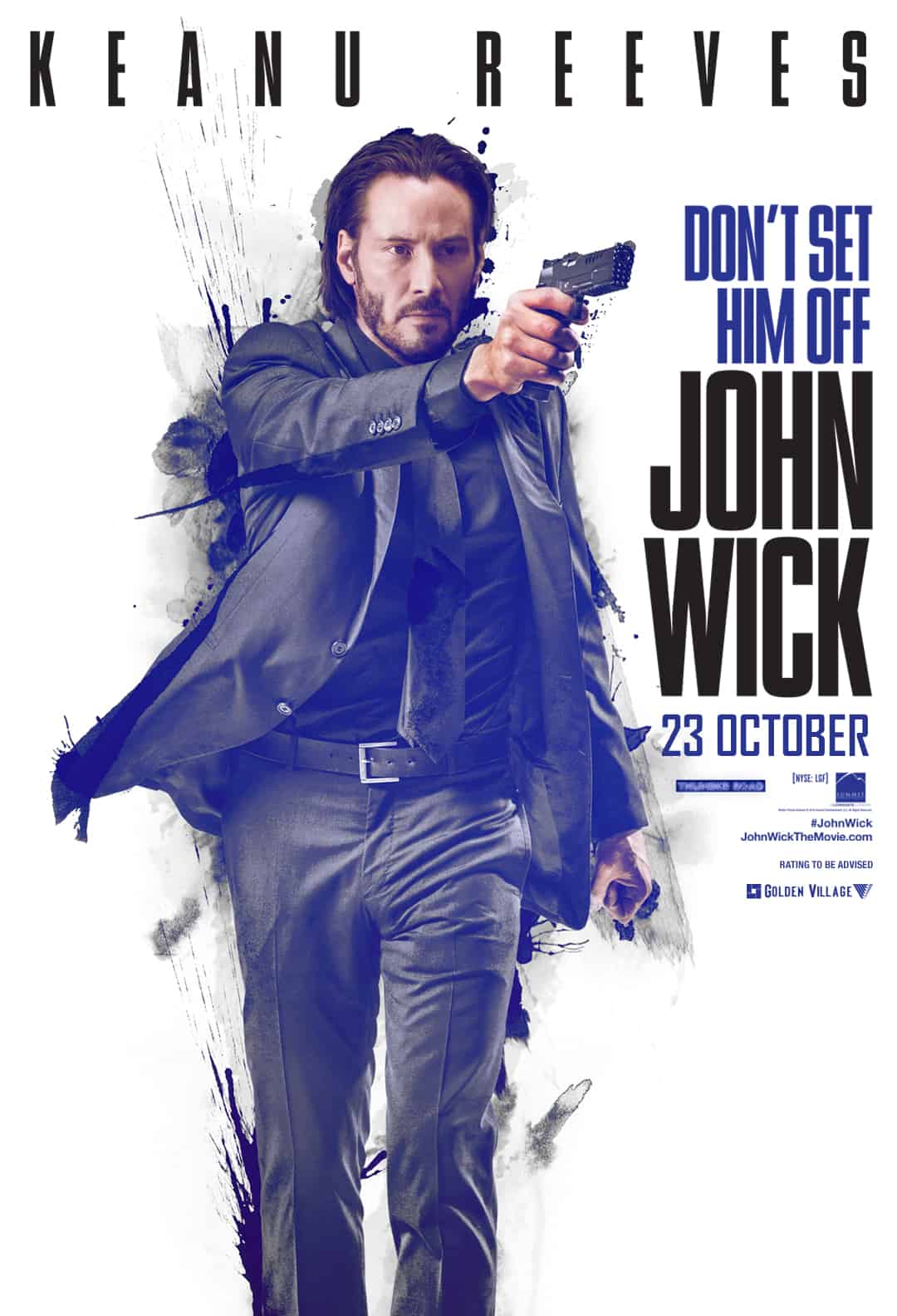 In The Matrix, when Neo was asked what he needed, he replied, “Guns. Lots of guns.” As the eponymous former hitman in this film, Keanu Reeves once again gets to wield an array of firearms – oh, and he also “knows kungfu”. A hired gun who used to work for the Russian mob, John Wick’s now-normal life is falling to pieces after he loses his wife (Moynahan) to illness. Her last gift to him, an adorable little beagle, is now the thing he holds dearest. Mob heir Iosef Tarasov (Allen), not knowing who Wick is, steals his Mustang and kills his dog. It turns out that Wick used to work for Iosef’s father, the crime boss Viggo (Nyqvist). Viggo puts a price on Wick’s head and Wick is pursued by killers including femme fatale Perkins (Palicki) and his old friend Marcus (Dafoe). All those deadly, well-honed skills come bubbling back to the surface in a big way once Wick is set off. 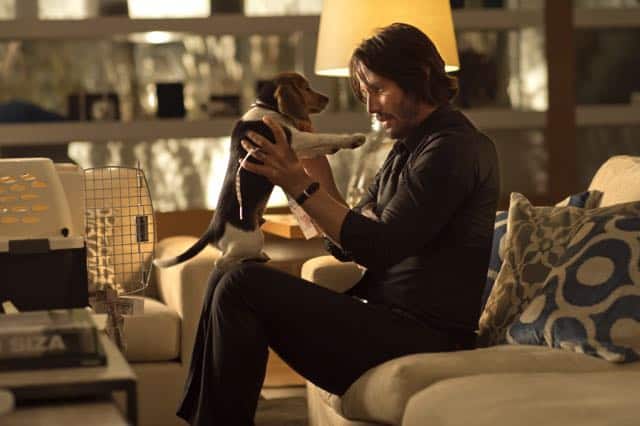 John Wick is the feature-film directorial debut of Chad Stahelski and David Leitch, veteran stunt performers, coordinators and second-unit directors who run the 87eleven Action Design collective. Stahelski’s credits include 300, The Hunger Games, V For Vendetta and Reeves’ own The Man Of Tai Chi, while Leitch was Brad Pitt’s stunt double in Fight Club, Spy Game, Ocean’s Eleven and Mr. And Mrs. Smith. People like Stahelski and Leitch definitely number among Hollywood’s unsung heroes and hopefully John Wick plays a big part in making them household names. This action thriller is sleek and handsomely directed and, as expected, the stunt sequences are superb. Aficionados of the genre have no doubt seen countless shootouts, throwdowns and car chases in their time and, while those in John Wick aren’t earth-shatteringly inventive, the skill with which they’re orchestrated and executed is admirable. 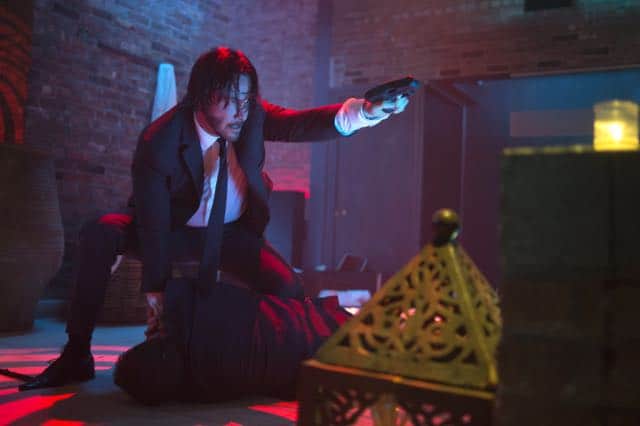 On paper, John Wick sounds like your typical “one man army” revenge flick – after fighting to escape his former life, our hero has to plunge back into the deep end to violently settle a score. In many ways, John Wick is a conventional genre entry. However, it is several notches above run-of-the-mill and a big part of that is the intriguing mini-mythology presented in the story. Central to the plot is a hotel called “The Continental”, which serves as a safe haven and neutral ground for assassins and hired guns. This subculture has its own currency and there’s a regular crew who helps clean up the bodies. There’s an “understanding” between people like Wick and the police. The New York setting is heightened but not ridiculous and the action sequences have panache but don’t come off as stagey and over-choreographed. Mood-wise, the film also benefits immensely from Stahelski and Leitch’s conscious decision to avoid shaky-cam and quick-cut editing, allowing the action sequences to play out in semi-balletic yet still brutal glory. 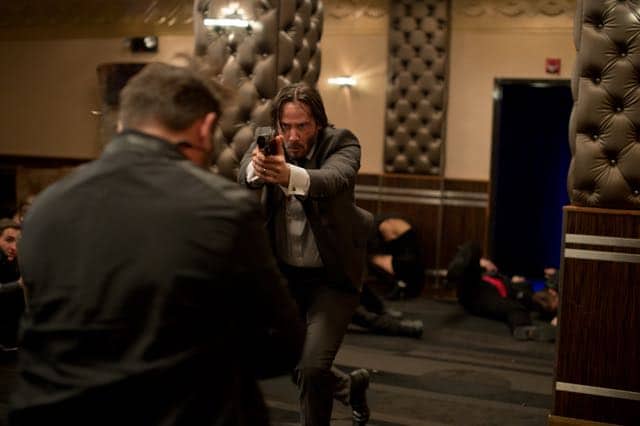 In Death Wish-esque, “one man army carves a swath of vengeance”-type movies, a whole lot hinges on the lead actor. Reeves is often dismissed as “wooden”, but this reviewer did buy him as the cool, quietly badass John Wick. There’s a haunted quality to his face, particularly his eyes, in this film and he gets to bring some of that “Sad Keanu”-ness to bear without it ever being maudlin. A character who takes on the Russian mob to avenge the death of his dog does have the potential for some major-league silliness but, in Reeves’ hands, it’s all kept under control. As a Russian kingpin in an action movie, Nyqvist is almost contractually obligated to chew some scenery and while there’s that, there are also moments where he’s effectively understated. Allen’s Iosef is a sufficiently unlikeable petulant brat. Both McShane and Dafoe lend some dignified gravitas to the proceedings. It’s only Palicki who seems rather out of place, not altogether convincing as a cold killer. 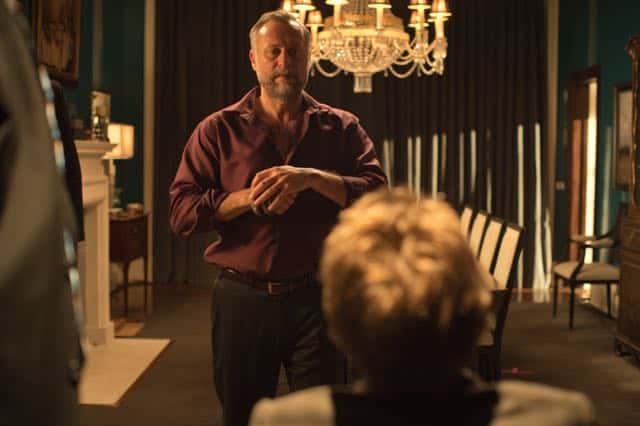 John Wick reminded this reviewer of the recent The Equalizer starring Denzel Washington as a similar “killer comes out of retirement” character. However, in that film, there was the danger of the “cool factor” being overplayed and coming off as forced or unintentionally comedic. Here, Stahelski and Leitch have attained a level of consistency. There’s a bit of a 70s movie-type stylisation, with several scenes being neon-lit and the subtitles that appear when characters speak Russian having individual words emphasised with neon colouring. Sure, this is not particularly heavy on substance, but it doesn’t drown in its style either. With the masterfully-crafted action scenes, the stylish mood-setting, just the right level of genre savvy and the brisk pace in John Wick, we do want to see what Leitch and Stahelski tackle next. 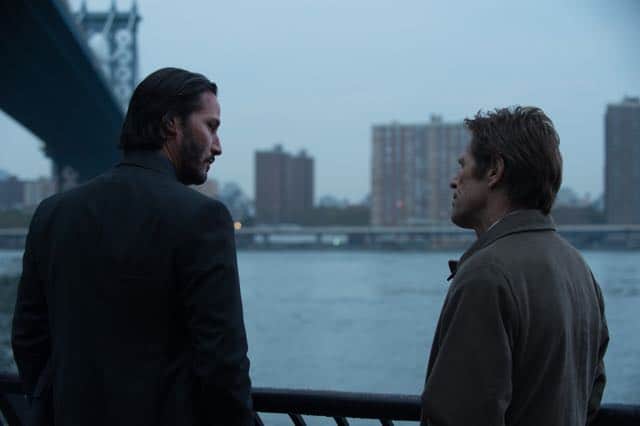 Summary: John Wick contains many staples of the “assassin movie” subgenre but the directors put their stunt-creating experience to marvellous use and Keanu Reeves makes for a convincing hitman in this slick, entertaining genre entry.