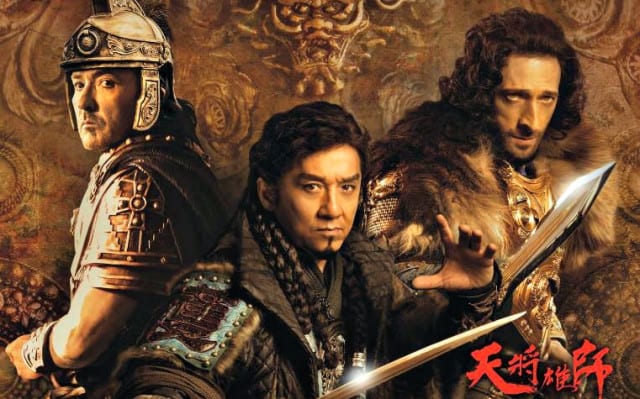 One of the world’s greatest action star, Jackie Chan, will be coming to Singapore from 9th to 11th February 2015 to promote his latest movie, DRAGON BLADE. Joining him is a large entourage of notable co-stars from Hollywood, South Korea and China – Hollywood A-lister, John Cusack; Academy Award Best Actor, Adrien Brody; Korean-pop idol and heart-throb from Super Junior, Choi Siwon; and famous Chinese actresses, Lin Peng and Wang Ruo Xin. Dragon Blade will be simultaneously released across Asia on Chinese New Year’s Day, 19th February 2015. Media and fans in Singapore will be the first to meet the stars up-close and attend the gala premiere, as they embark on their 1st stop in Singapore for their Asian Tour.

DRAGON BLADE is a legendary blockbuster directed by the highly-acclaimed director, Daniel Lee (“14 Blades”, “Three Kingdoms”), starring Jackie Chan who also works as executive producer, John Cusack, Adrien Brody and Choi Siwon. Chan worked alongside with his crew members every step in the way, even right down to nailing cogwheels for the set. This epic blockbuster is filmed at a budget of US$65 million, a record-breaking figure for a Chinese film. The movie was shot at Dunhuang and the Gobi Desert to capture the most breath-taking and dramatic natural backdrop, taking 112 days to complete. During the period, the stars and production crew travelled 3200km from Hengdian World Studios in Zhejiang Province, to Aksai on the border of India, and Dunhuang in Western China. DRAGON BLADE also has one of the largest production crew of 700 members. DRAGON BLADE is the first movie that Cusack, Brody and Choi have ever acted in an East-meets-West film, with a huge team of crew who speak over 14 different languages.

DRAGON BLADE is a story set in 48BC during the Han Dynasty. Huo An (played by Jackie Chan), the Commander of the Protection Squad of the Western Regions, who protects China’s border and secures peace among warring tribes on the Silk Road. When a convoy of gold bearing a foreign insignia is discovered inside China, he is accused of treason and sent to the border as a slave labourer. With only a small group of his most loyal soldiers, including his right hand man, Yin Po (played by Choi Siwon), he must fight to survive in the prison camp. When a small army of Roman soldiers led by General Lucius (played by John Cusack) appears at the border gate, they outmatch the Chinese border guards. However when Huo An enters the battle, he single-handedly turns it around and earns the respect of Lucius. Among the Romans is a blind boy called Publius, the youngest son of Rome’s Consul Crassus. Crassus was assassinated by his ambitious eldest son, Tiberius (played by Adrien Brody), who is leading 100,000 soldiers towards the border gate, employing subterfuge to kidnap Lucius. This leads to a thrilling piece of history that has never before been told.

Jackie Chan’s impressive record of acting and action choreography has led him to become a household name in every part of the world. He has been acting since the 1960s and has appeared in over 150 films, bagging countless highly-coveted awards since. He is known for his acrobatic fighting style and innovative stunts. He is one of the few actors to perform all of his film stunts. His worldwide recognition and success as an actor and action choreographer has led him to venture into movie directing, producing and screenwriting. DRAGON BLADE is the biggest movie he has ever produced and starred in.

John Cusack is a talented actor, producer and screenwriter who made his feature film debut at 17. His appearance in Say Anything… (1989) won him the Chicago Film Critics Association Award for Emerging Actor, and was nominated in multiple awards for his role in and Being John Malkovich (1999). He appeared in several outstanding films including Con Air (1997), High Fidelity (2000), America’s Sweethearts (2001) and The Butler (2013). 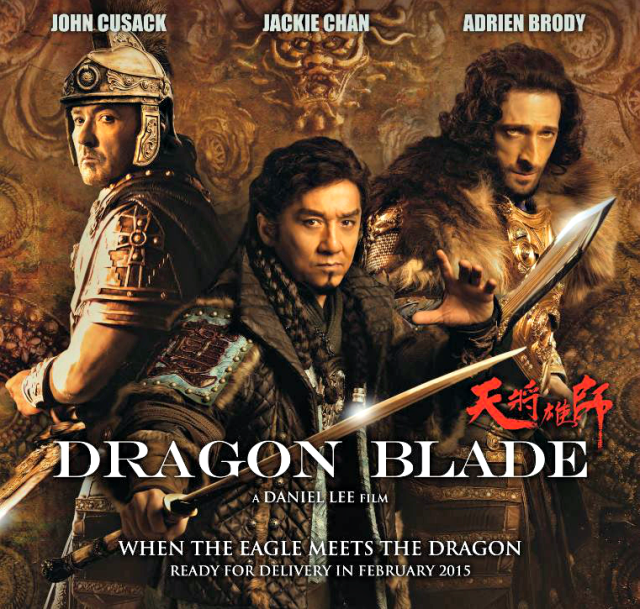 Adrien Brody, Academy Award for Best Actor, has gained tremendous recognition after starring in Roman Polanski’s The Pianist (2002) and was the only actor under 30 to do so. He is also the only American actor to receive the French César Award. He starred in several notable titles including The Village (2005), King Kong (2005), Predators (2010), Midnight in Paris (2011) and The Grand Budapest Hotel (2014).

Choi Siwon has risen to fame in recent years, well-known for being part of the popular Korean-pop boyband, Super Junior. He won the New Star Award at SBS Drama Awards in 2010 and is currently nominated for the categories of World’s Best Male Artist, Best Live Act and Best Entertainer at the World Music Awards. Apart from his singing and modelling career, he has appeared in in prominent TV dramas and large roles in Asian blockbusters, such as A Battle Of Wits (2006).

DRAGON BLADE is co-distributed by Encore Films and Golden Village Pictures in Singapore. It is scheduled for release on Chinese New Year’s Day, 19th February 2015 in Singapore.