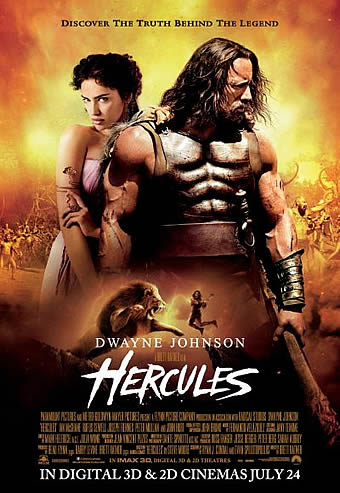 Brett Ratner makes big, dumb movies. Now, strictly speaking, there’s nothing wrong with that. Not every movie has to win Oscars galore; some movies can exist solely to entertain. However, even with that caveat in mind, Ratner’s track record isn’t great. For every fun, silly entry in the ridiculous Rush Hour franchise, there’s his bigger, dumber, altogether more reviled version of an X-Men movie to scrub off the CV. Hercules – a cheeky-yet-sombre reinvention of the Greek hero and myth – lodges itself somewhere between the two extremes. It’s big and dumb, sure, and often in a hugely amusing way – but, at other times, it’s actually impossible to ignore the film’s frankly terrible plotting.

The first inkling that this is not the Hercules you know comes in the form of Dwayne Johnson. Buffed to the max and sporting a skinned lion’s head for a helmet, this “hero” is actually a mercenary for hire – wading into battle for the sake of monetary reward. It turns out that there’s nothing all that demigod-like about the guy we all thought was the son of Zeus: his feats of great strength and endurance, known popularly as the Twelve Labours of Hercules, are merely stories, tall tales embellished to make him seem larger and more heroic than life itself. Instead, this version of Hercules roams Greece with his merry band of myth-makers: knife-thrower Autolycus (Sewell), Amazonian archer Atalanta (Ingrid Bolsø Berdal), storyteller nephew Iolaus (Reece Ritchie), berserker Tydeus (Aksel Hennie) and wry soothsayer Amphiaraus (Ian McShane).

That’s actually a pretty interesting premise – one that allows Ratner to have quite a bit of fun while he lays out the rather more serious bits of his plot. Indeed, Hercules is saved from its generally leaden story by the rich, sarcastic vein of humour that runs through it. We may have to be regaled by the twists and turns of Hercules’ recruitment by Lord Cotys (Hurt) to fend off the apparently supernatural enemy advances of rabble-rousing warlord Rhesus (Tobias Santelmann). But much of the joy of the film comes in its unapologetic bursts of comedy. Iolaus – effectively the troubadour of the piece – sings Hercules’ praises in a thoroughly tongue-in-cheek manner, hawking leather armour while his uncle rolls his eyes. Tydeus barrels headlong into Hercules’ precious shield-wall. Amphiaraus constantly awaits the fiery death he has foretold for himself. It’s all quite happily ridiculous. 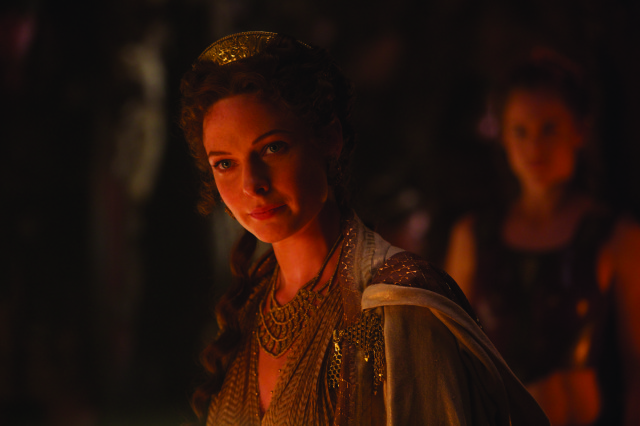 The film is considerably less successful when its plot rears its ugly head and it moves into heavy-handed, dramatic territory. There’s something intriguing about the politics in Thrace, particularly between Lord Cotys and his feisty daughter Ergenia (Rebecca Ferguson), but it’s dwarfed by a host of competent but not hugely inspiring action sequences. This is also the kind of movie in which the villains don’t kill the hero of the piece when they have the chance, just so the movie can keep on going. And keep on going it does, into a bizarre misfire of a final act that undoes a lot of its earlier, rather canny deconstruction of Hercules’ myth. 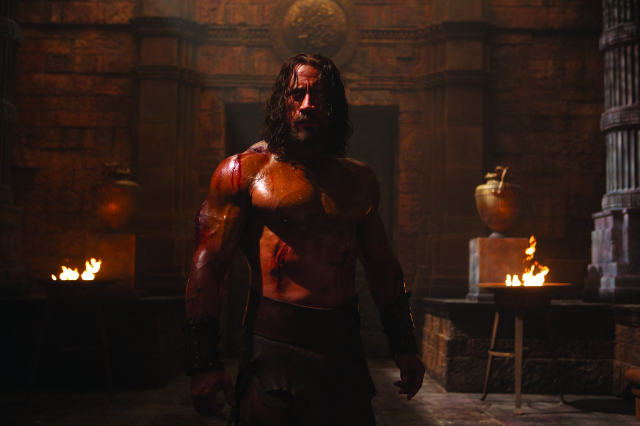 Johnson, always a winning presence, is effective but strangely under-used here. The kind of twinkle-eyed comedy the Rock has proven so good at is bypassed, sadly, in favour of plunging Hercules into a bitter battle with his inner demons. Hurt, too, is hamstrung by a role that’s too solidly black-and-white – whatever the shade of Lord Cotys’ morality. But the supporting players are clearly having a ball. McShane, in particular, practically waltzes through and away with the film, hitting his action beats as squarely and sublimely as he plays his distinctly hammy comedy. 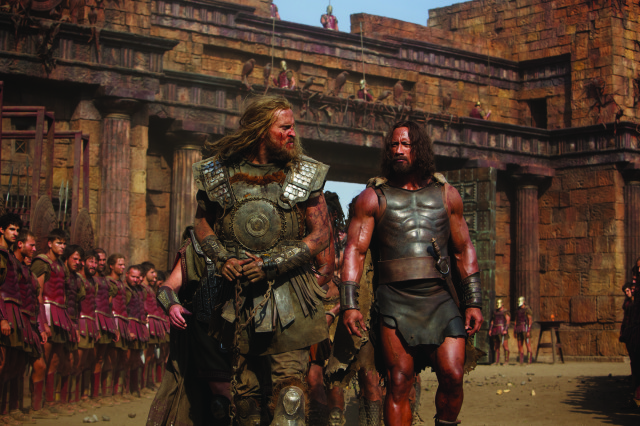 In summary: anyone hankering after a straight-laced re-telling of the Hercules myth will be disappointed. This is most emphatically not the film for them. To be fair, it’s not quite the film for those who are looking for something a little edgier either. At some points, Ratner’s film hits the mark: it cleverly peels away the layers of legend to reveal the person beneath – an uncommon man, but no anointed demigod. At others, its plot debunks itself into incoherence, and the melodrama of it all threatens to overwhelm the far better-judged moments of humour. The final result is a big, dumb movie that’s undeniably entertaining, but falls short when it tries to be something more.

Summary: A trademark big, dumb Brett Ratner movie that veers haphazardly between the sublime and the excruciating.