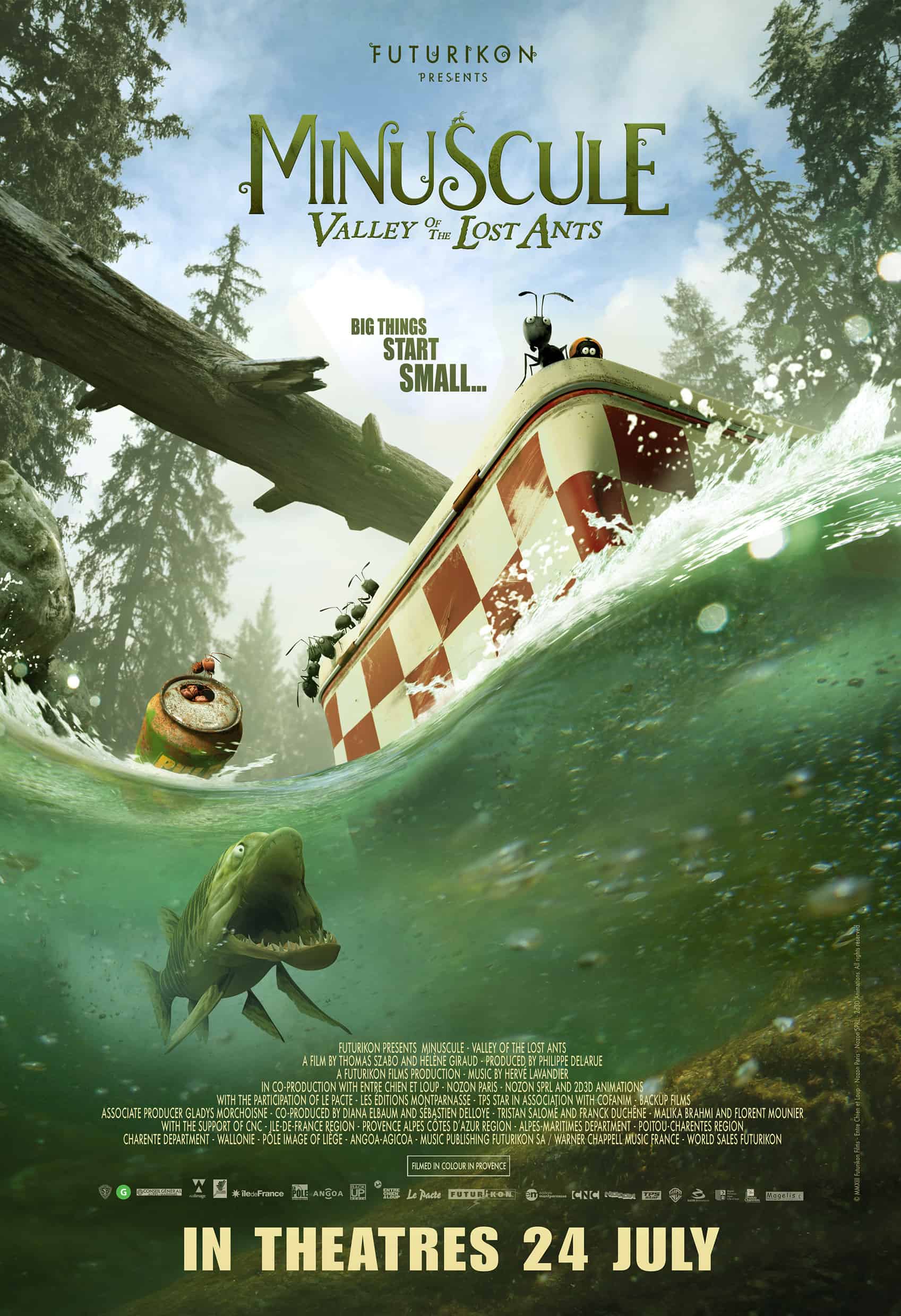 Does the world really need another animated movie centred around the inner worlds of bugs? After all, we already have quite a few of those: in 1998 alone, Pixar produced the effervescent A Bug’s Life, while DreamWorks dreamt up the more acerbic Antz. But there’s something to be said for the simple, sweet charms of Miniscule: Valley Of The Lost Ants, a French effort which eschews the wisecracks and anthropomorphism that helped audiences warm up to the insectoid protagonists of the aforementioned films. Instead, by mixing ingenious sound effects and lovingly-shot real-life footage into its slight plot, Miniscule conjures up a cheerful, cheeky world that’s steeped in both realism and fantasy.

The film opens on an idyllic picnic in the French countryside, before it zooms down to the miniscule level of its protagonists. A ladybug is forcibly separated from his family when one of his tiny wings is clipped. Lonely and unsure of what to do, he hides out in a tin box left in the forest by humans. Before long, he finds himself in the company of a troop of black ants, who decide to bring the box and all its sugary treasures home to their queen. Together, ladybug and black ants begin a perilous trek across pastures, hills and rivers, pursued all the while by a host of ravenous red ants. When war breaks out between the two ant colonies, it’s up to our little ladybug friend to save the day.

It’s easy to see why Miniscule was such a hit in France. With nary a word of dialogue, the film nevertheless manages to be surprisingly witty and genuinely funny. Much of its humour is physical, of course: the eye of the red ant leader twitches in anger, and the black ant archivist tries but fails to figure out a numerical slider puzzle. But the gags are also enriched by a welcome burst of surrealism: for instance, the red ants carry not just bug spray but a fork into battle. The character design is delightful, with the ladybug and ants being particularly endearing to kids and adults alike. It’s beautifully animated to boot (at least when focused on its smaller friends), with its protagonists dancing through gorgeous outdoor footage of Provence’s pastures and forests.

But, although a generally charming, pleasant watch, Miniscule is not without its problems. Sometimes, one gets the feeling that the film’s story and style would be better suited to the small screen – and, indeed, Miniscule is the feature-length version of a popular French TV series, in which insectoid adventures unfold in six-minute segments. It’s clearly pushing it for its plot to be expanded to almost 90 minutes. As a result, parts of its narrative positively drag, particularly when the ladybug makes his valiant bid to save his ant buddies. He experiences so many detours along the way that one can’t help but wonder why the ants haven’t already been massacred by the time he finally returns.

All in all, Miniscule is undemanding animated fare for all the family. It might bore older viewers in parts, and puzzle younger viewers at others (no, ladybugs can’t re-generate lost wings!), but it’s so quaint, charming and well-meaning that it’s hard to dislike anything about it.

Summary: There are some surprisingly big laughs in this small, amiable film.