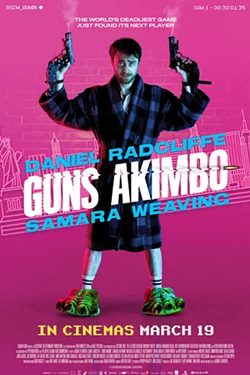 The Low-Down: Daniel Radcliffe’s post-Harry Potter career has featured several eclectic roles. From playing a man who grows horns out of his forehead in Horns to playing a corpse in Swiss Army Man, Radcliffe isn’t afraid to get a bit weird. In this movie, a very normal fate befalls his character: getting pistols bolted onto his hands. 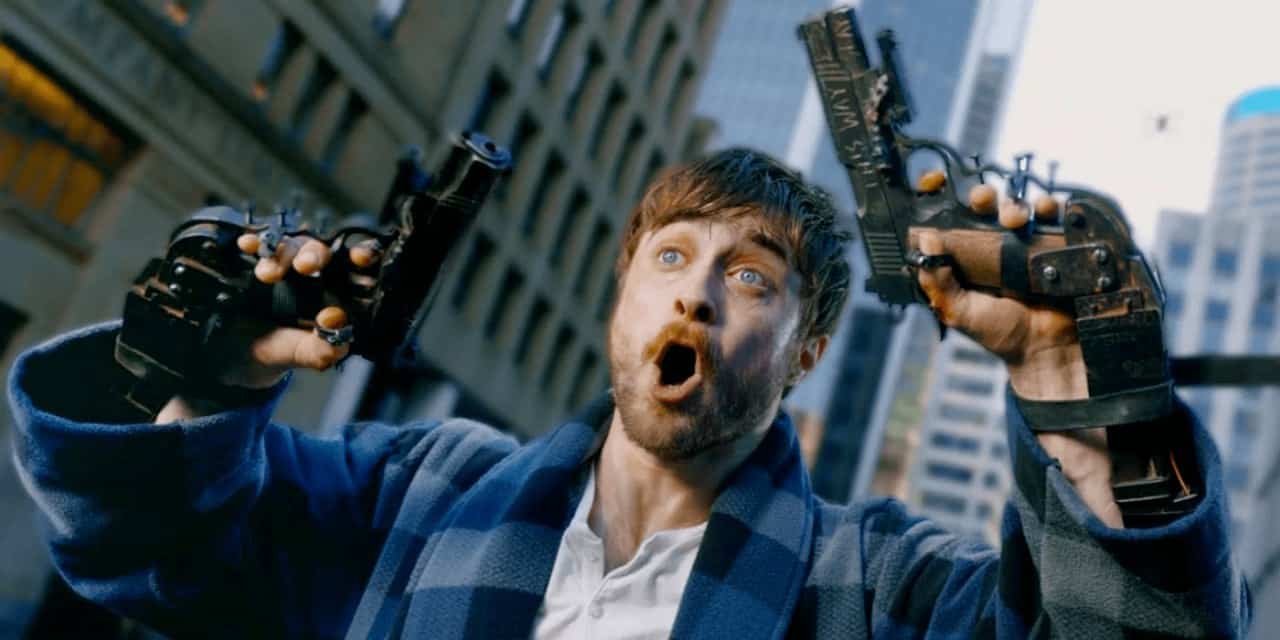 The Story: Radcliffe plays Miles, a mild-mannered programmer working on a successful mobile game. He takes delight in “trolling the trolls”, engaging in online spats with those who get their kicks from posting deliberate offensive comments. An underground fight club called Skizm is fast gaining popularity, with alarming numbers of people watching the live deathmatches online. After Miles trolls the Skizm chat, he is targeted by Riktor, the mad mastermind behind the game. Riktor and his goons break into Miles’ house and surgically bolt guns to Miles’ hands. He is then forced to fight the reigning Skizm champion Nix (Samara Weaving), who wants to quit the game after this final match. Miles attempts to explain his predicament to his ex-girlfriend Nova (Natasha Liu Bordizzo) and unwittingly involves her in the dangerous proceedings. As the masses watch online, Miles must survive the ordeal and defeat Nix to escape with his life.

The Good: Guns Akimbo seems to follow in the tradition of Crank and other Neveldine/Taylor movies: they’re not for everyone, but the people that they are for embrace the craziness. There is something clever and just the right amount of twisted in the premise, with Radcliffe being the ideal sympathetic protagonist. The movie gets a lot of mileage of the logistic challenges of going through life with two loaded guns surgically attached to one’s hands, let alone doing so when someone else is trying to kill you. This is an ambitious action film that wears its neon-soaked, hopped-up style on its sleeve and accomplishes a lot on a limited budget. The film’s best scene is an exchange between Miles and the vagrant Glenjamin (Rhys Darby), because its one of the few times the movie slows down enough to catch its own breath. 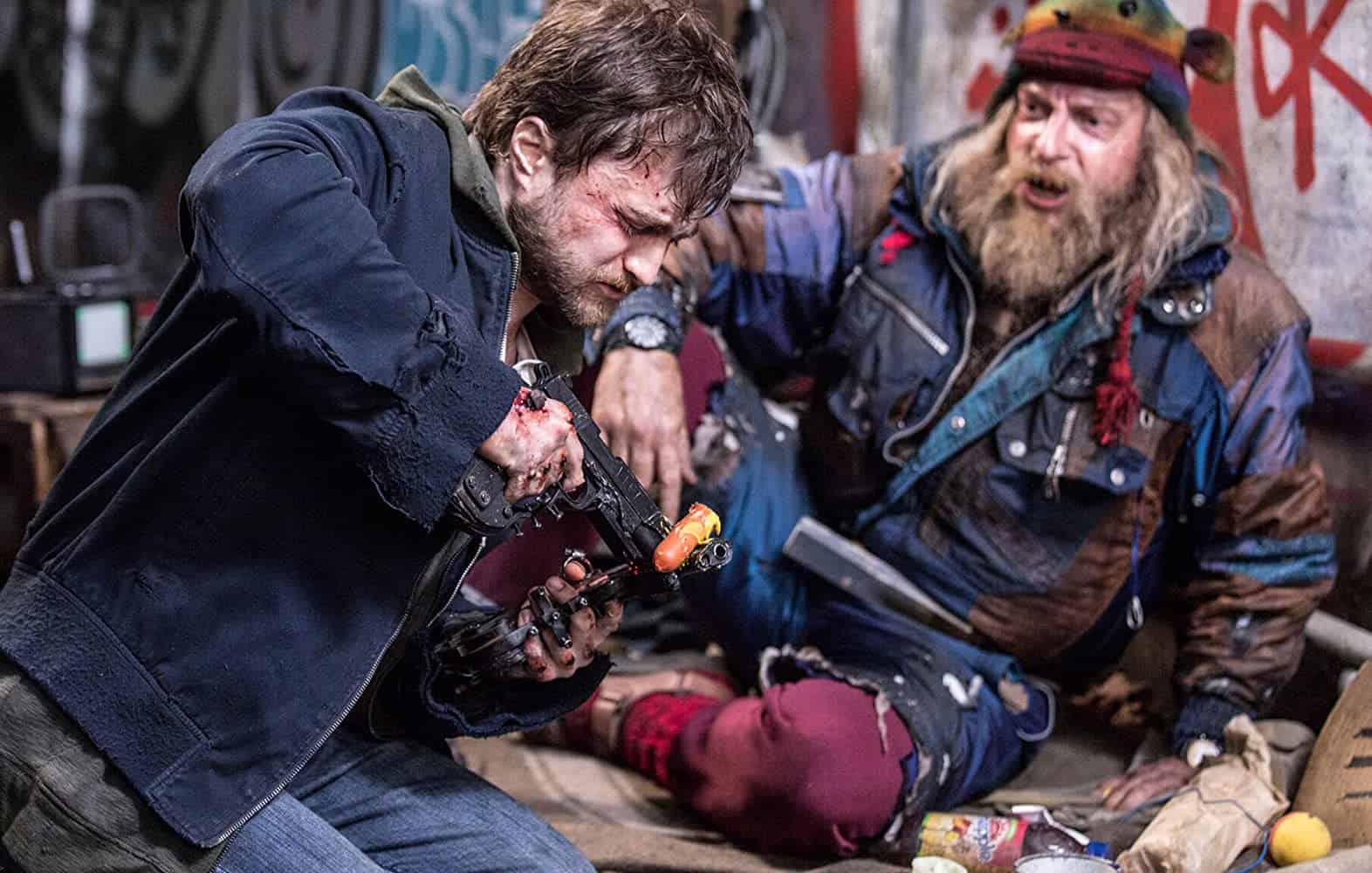 The Not-So-Good: Unfortunately, Guns Akimbo ramps everything to eleven to the point of being altogether numbing. The action is so frenetic that after a while, it stops making an impact. The film’s hyperactivity makes it difficult to engage with, such that it crosses the threshold of being exhilarating to being exhausting. This is something that would have been great as a 15-minute-long short film. 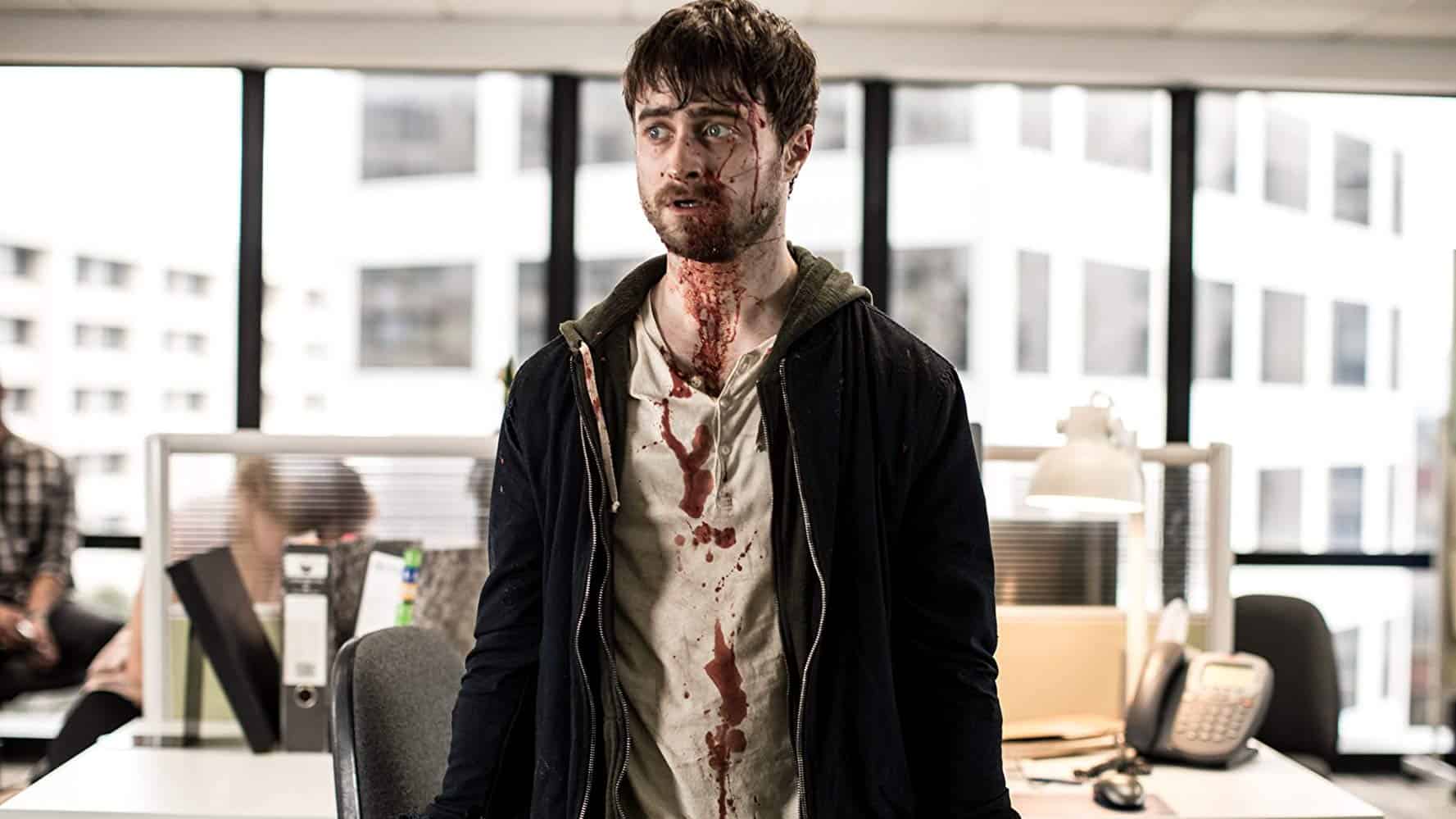 The film’s messaging is confusing: apparently, Miles deserves to have guns bolted to his hands and to be forced into a live deathmatch because he claps back against online trolls. In writer-director Jason Lei Howden’s estimation, it is those who oppose cyberbullies who are worse than the cyberbullies themselves. While Miles’ motivations are far from pure, the movie deems his behaviour worthier of ridicule and scorn than that of online harassers. Guns Akimbo is so enamoured of its own perceived edginess that it fails to make any insightful or incisive statements on toxic online culture. The movie wants us to root for Miles, but also take sadistic delight in his comeuppance, as if he’s gotten exactly what he deserves. There are times when this film feels like Neveldine/Taylor’s Gamer, which was often gross, nihilistic and pointless. It is disheartening but unsurprising that Howden himself perpetuated an online harassment campaign, targeting film journalists and falsely accusing them of driving another film writer to suicide. 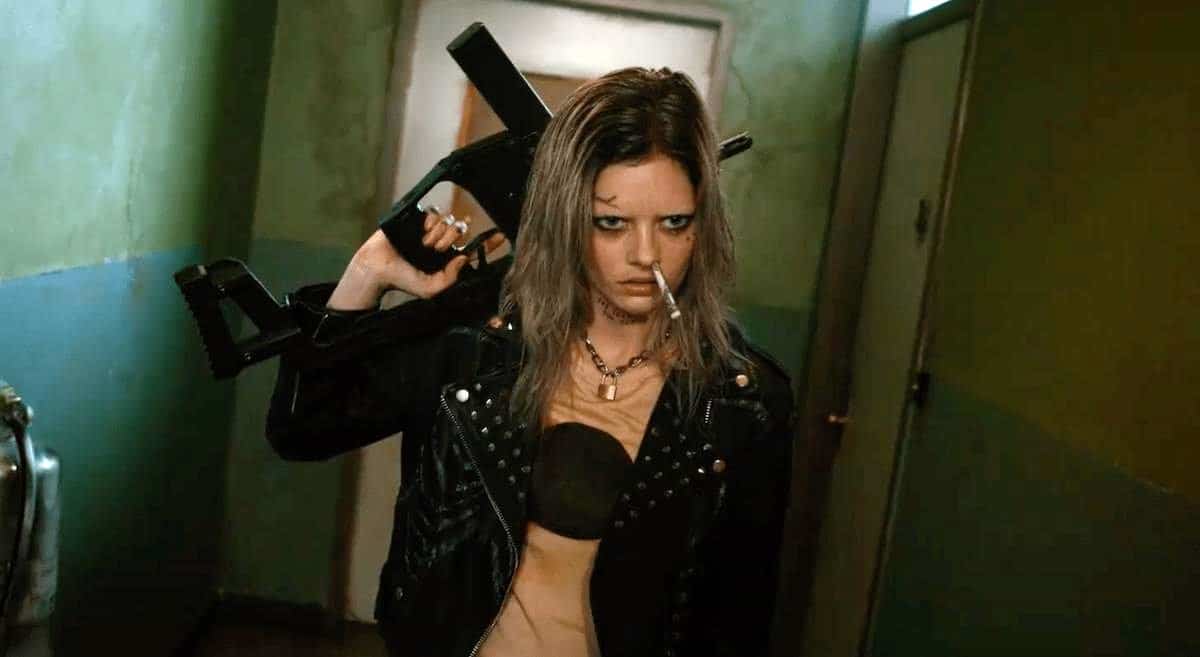 Don’t hate the players: In addition to Radcliffe, the film has a strong cast. Samara Weaving is fast becoming a genre darling, especially after starring in last year’s Ready or Not and with Snake Eyes and Bill and Ted Face the Music on the way this year. As the stereotypical leather-clad badass punk girl, Weaving is plenty of fun to watch and the film manages to surprise when it reveals Nix’s back-story.

Ned Dennehy is also great fun as the villainous Riktor, a sadistic close talker who sports a face full of tattoos. Everyone in the film knows what they signed up for, and even though Natasha Liu Bordizzo’s role is pretty much the stock girlfriend, she’s still watchable in the role.

Recommended? Not really – there is a fair bit in Guns Akimbo that works, including its cast and the inventiveness of its premise, but this is a movie that gets in its own way too much to truly be enjoyable.