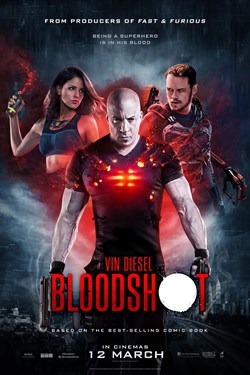 The Low-Down: Marvel and DC might be the big boys in the comics game, but avid readers know that there are many other publishers out there whose characters have great cinematic potential. There has been talk of movies based on Valiant Comics characters for a while now, with Bloodshot being the first Valiant character to arrive on the big screen. 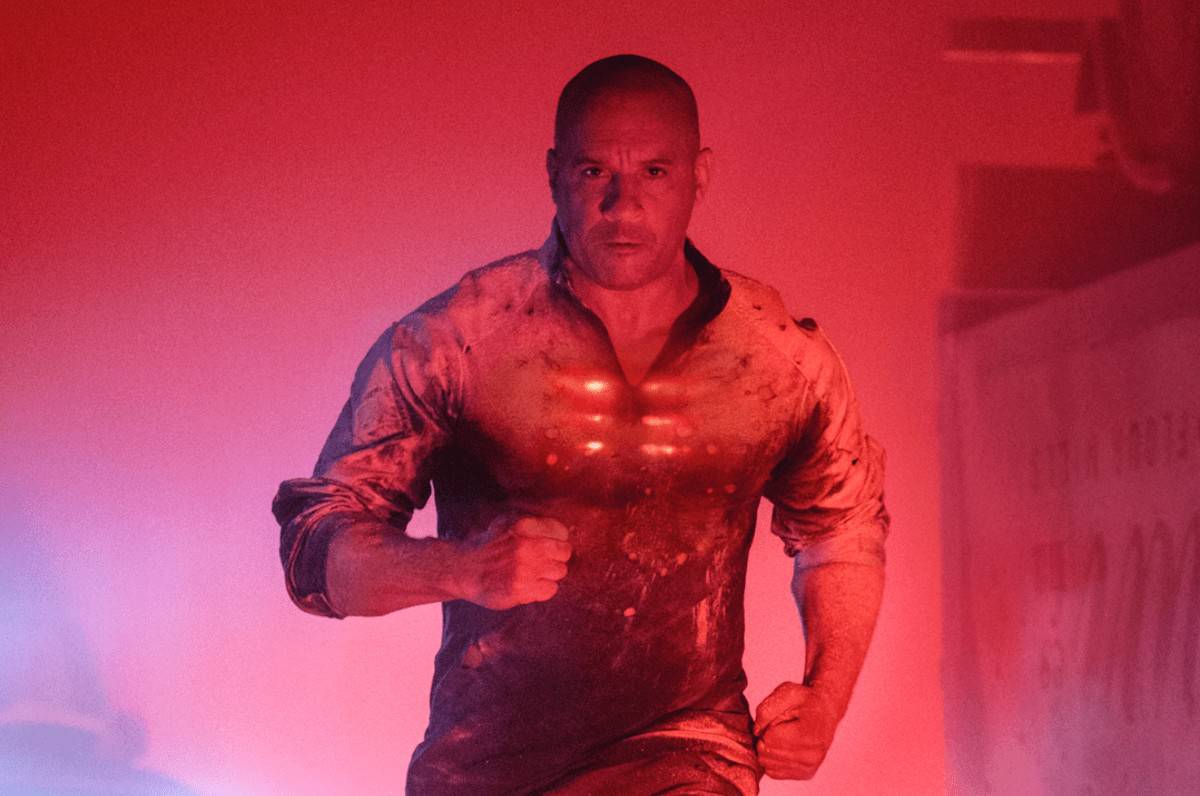 The Story: Ray Garrison (Vin Diesel) is an elite Marine who, following a successful mission, is brutally murdered. He is brought back to life using cutting-edge regenerative nanotechnology devised by Rising Spirits Technologies (RST), headed up by Dr Emil Harting (Guy Pearce). In this powerful resurrected form, Ray – codenamed “Bloodshot” – vows revenge against the man who killed him and his wife. However, Ray is not being told the whole story and there is an insidious conspiracy afoot. Ray realises that Dr Harting and his associates KT (Eiza González), Jimmy (Sam Heughan) and Tibbs (Alex Hernandez), who all sport cybernetic enhancements, may not be entirely trustworthy. Ray might be reborn, but he is not free – using his newfound abilities, he must uncover the scheme that he is entangled in and wrest control from those who seek to use him for their own ends.

The Good: Bloodshot may feature high-tech sci-fi gadgetry, but it is a throwback, in ways both good and bad. It is a straightforward superhero origin story with an emphasis on technology rather than the fantastical, but it’s often still over-the-top and bombastic. There may not be any grand surprises here, but Bloodshot is entertaining and paced well enough. 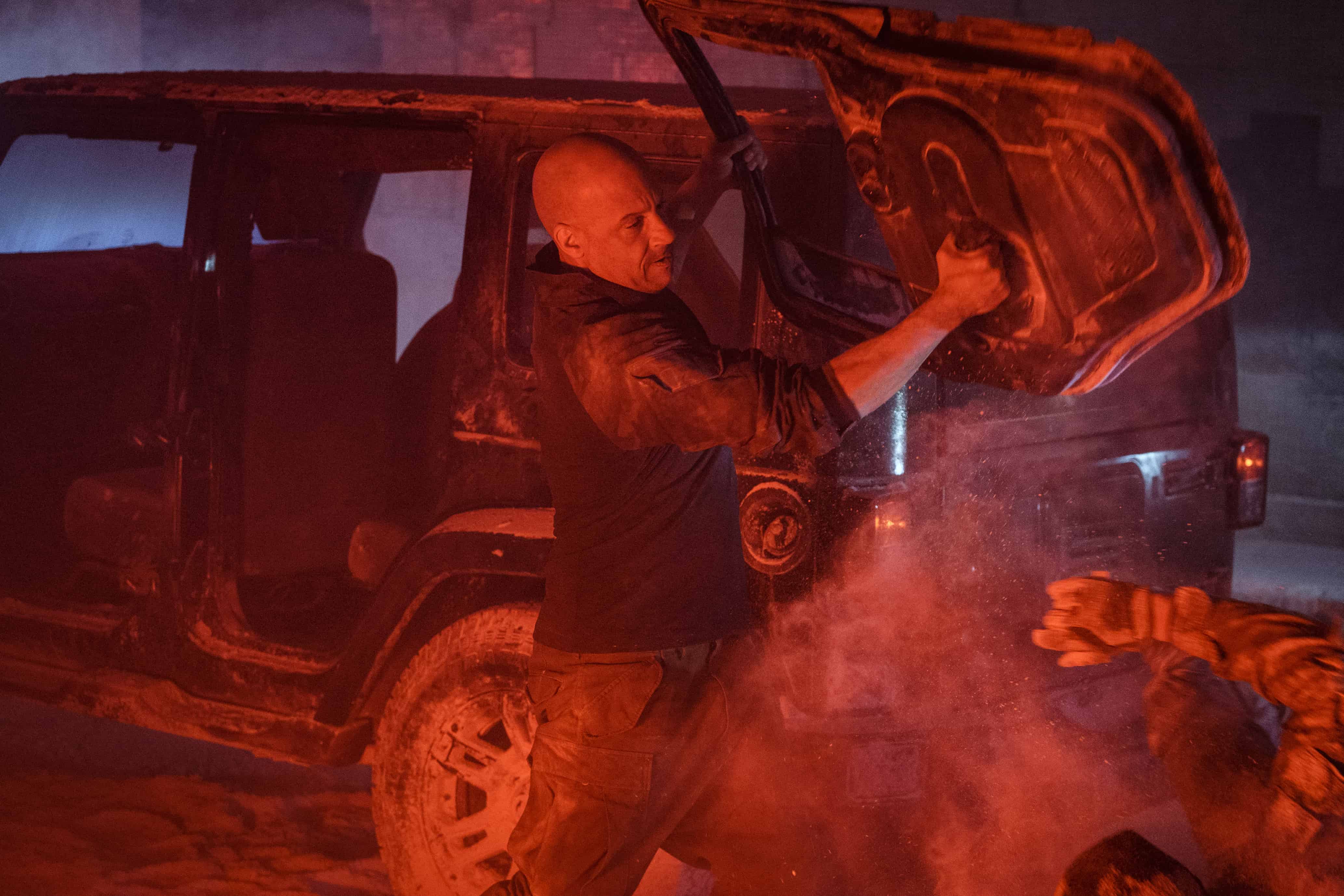 There are a few outstanding action sequences, such as the first time Bloodshot’s full powers are revealed in combat. That scene is set in a barricaded tunnel where a truck transporting flour has crashed, making it atmospheric in an inventive way. There’s a big set-piece that takes place in the external elevator shaft of a skyscraper which is dynamic and eye-catching. 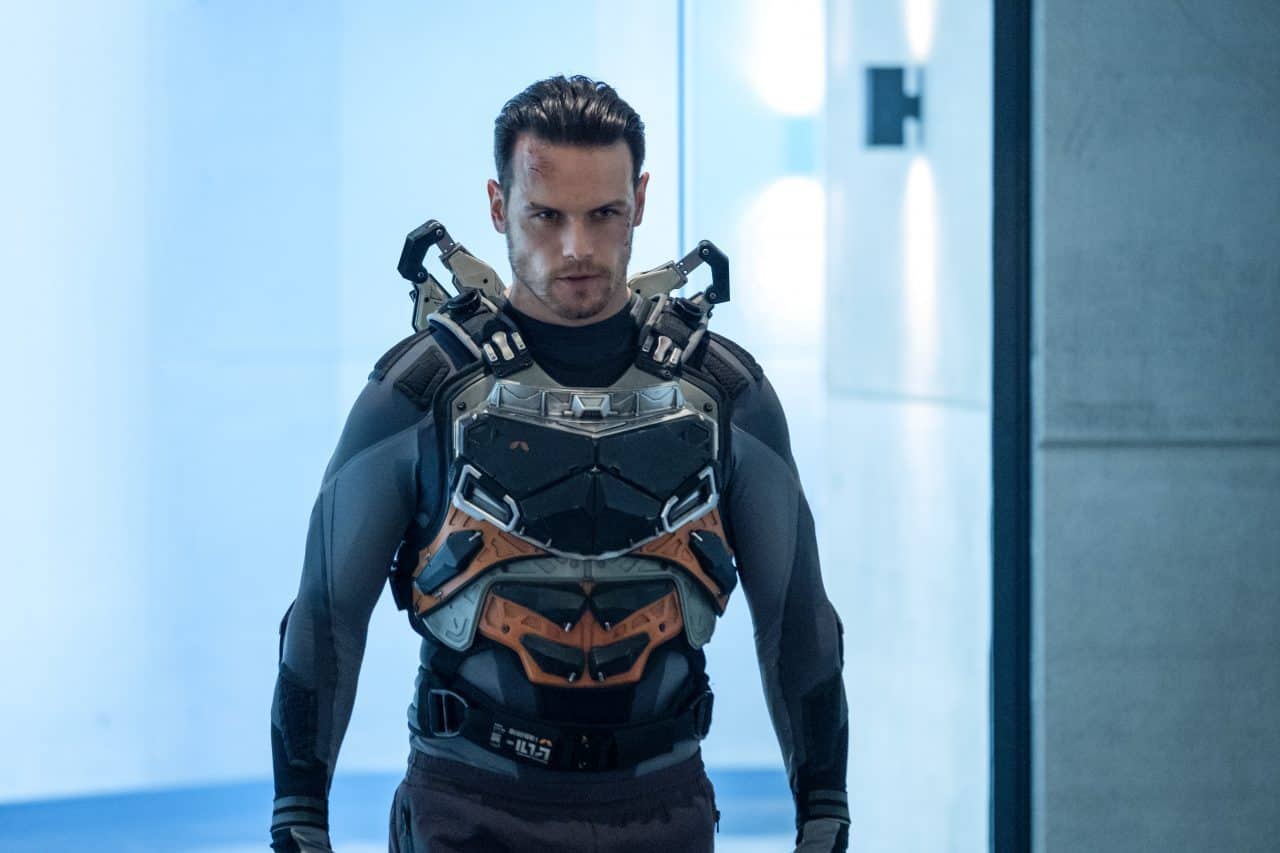 The practical effects work including the high-tech prosthetics and exo-suit, created by WETA Workshop, is done well. Director Dave S. F. Wilson’s background is in video game cinematics – he worked on games including Bioshock Infinite, Star Wars: The Old Republic, Mass Effect 2 and Halo Wars for Blur Studios. This is Wilson’s directorial debut and while his inexperience does show, it’s entirely possible that he could improve. 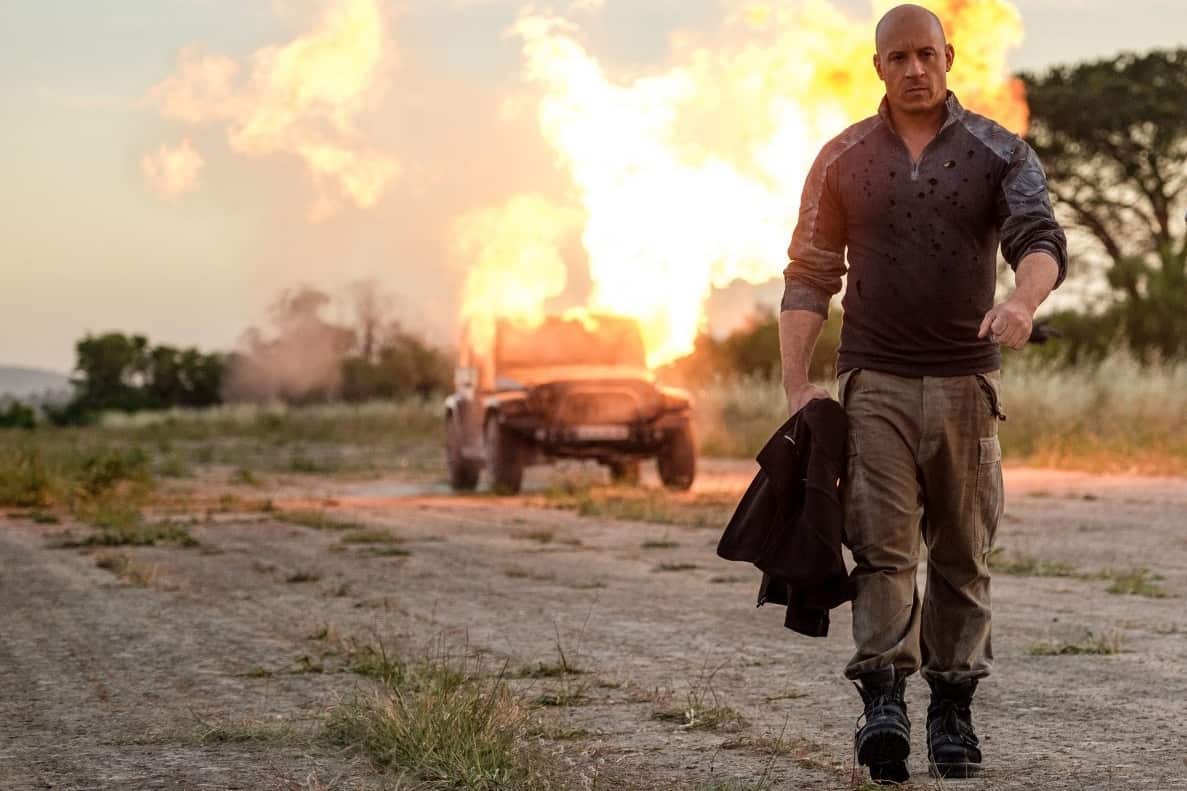 The Not-So-Good: The hook here is that a non-Marvel/DC comic is receiving a big-budget adaptation, but Bloodshot is too generic and mired in clichés to be its own thing, unlike the Guillermo del Toro-directed Hellboy movies were in the 2000s. Bloodshot makes a stab at being self-aware – one character mentions “movie clichés” – but it doesn’t wear that self-awareness well. This is the kind of movie that has not one but two comic relief tech guys. 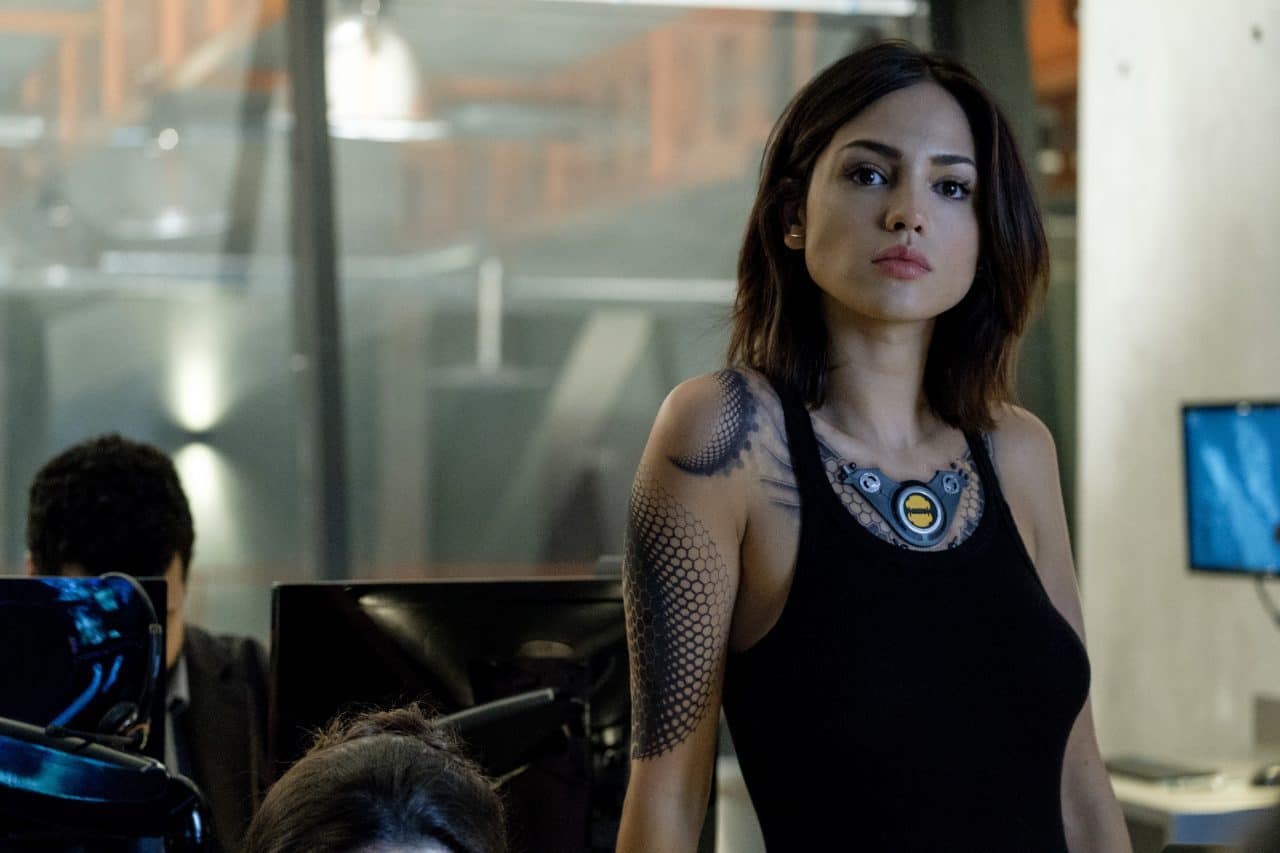 The dialogue is often exceedingly stupid, but despite several moments of unintentional comedy, the movie is slightly too competent to qualify as something that’s so bad it’s good. All the characters are flat, despite the efforts of some of the actors. Eiza González is doing the best she can with the material and almost contributes some level of emotional resonance to the proceedings. Diesel has the action hero cred but is altogether too bland – this is not helped by the blank slate nature of the character. One gets the sense that Wilson just isn’t a good director of actors, at least he isn’t yet. It seems beside the point to call this “predictable” because it was never going to be anything but predictable. There’s a lot of potential in the concept of a hero who is being manipulated using technology, but the film doesn’t want to delve too deeply into any of those implications. 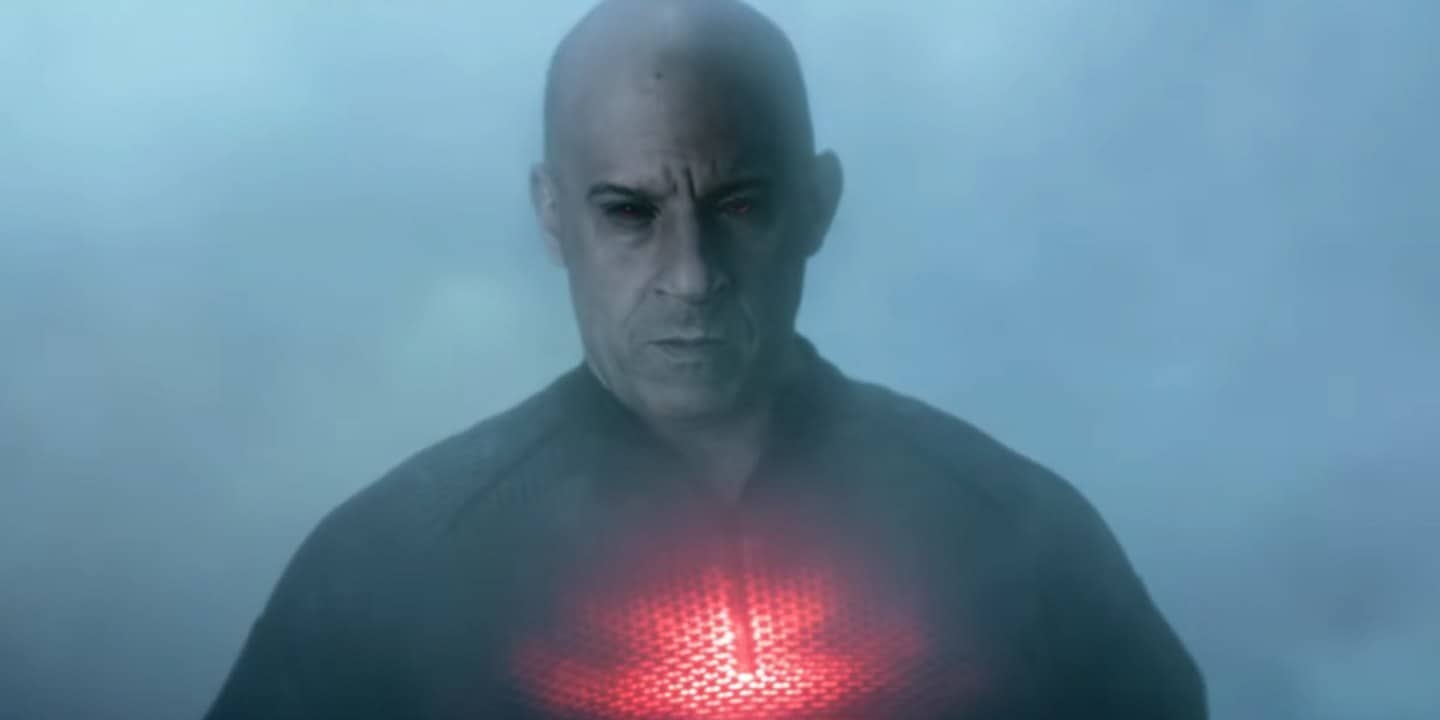 A valiant effort: Bloodshot is intended to launch a Valiant cinematic universe, but it’s to its credit that unlike, say, 2017’s The Mummy, it’s not overly concerned with frantically gesturing to Easter Eggs and hinting at what’s to come (even if an Easter egg or two for Valiant fans would have been nice). There isn’t even a post-credits scene. Bloodshot is closely linked to the Harbinger series, but the Harbinger movie adaptation has moved from Sony to Paramount, meaning that previous plans for an interconnected universe have likely been affected. The only time that an official other media adaptation of Valiant properties has been made before this is the 2018 web series Ninjak vs the Valiant Universe, co-produced by Bat in the Sun. In that series, Power Rangers star Jason David Frank portrayed Bloodshot.