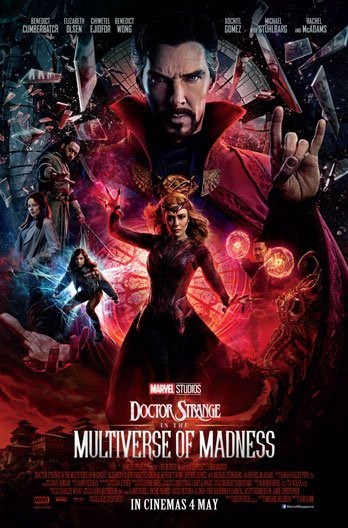 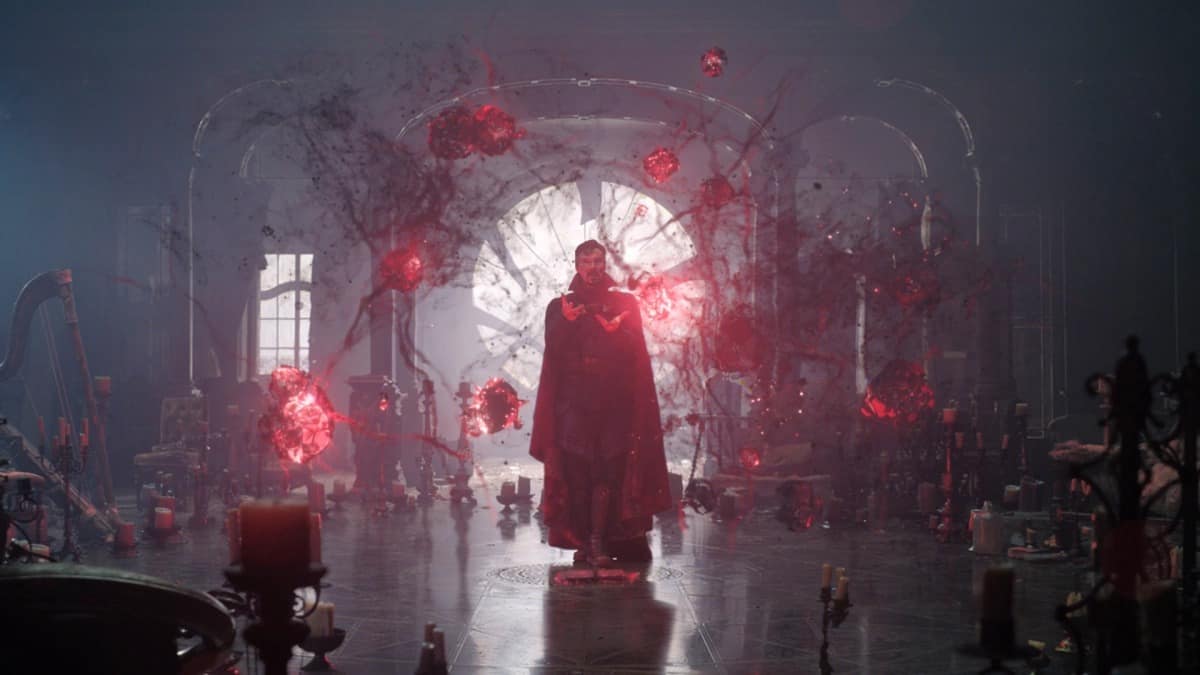 The Low-Down: Phase 4 of the Marvel Cinematic Universe (MCU) continues apace with an exploration of the Multiverse. Following the build-up from the Loki and What If…? series on Disney+ and Spider-Man: No Way Home, this entry leaps into the heady unknown as Doctor Strange (Benedict Cumberbatch) and company traverse alternate planes of existence. 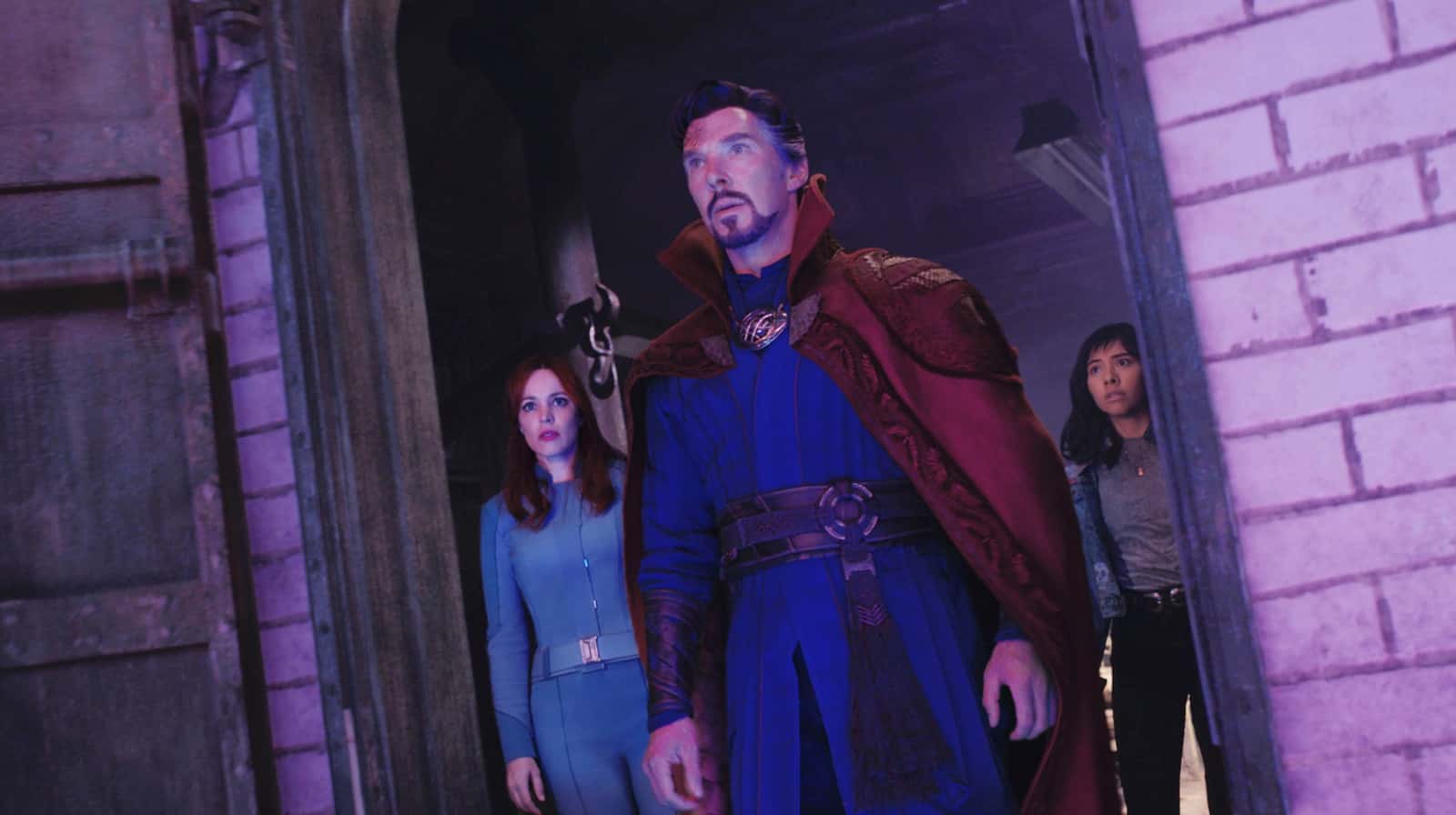 The Story: The combined events of WandaVision and Spider-Man: No Way Home set the stage for this adventure. Doctor Stephen Strange and Wong (Benedict Wong), who took over as the Sorcerer Supreme from Strange, meet America Chavez (Xochitl Gomez). This is no ordinary teenager: she has the power to punch portals in reality to travel between Multiverses, and she arrives to warn Strange of an oncoming incursion. Strange goes to Wanda Maximoff/Scarlet Witch (Elizabeth Olsen) for help, but she has other plans. Strange and Chavez travel to other universes, meeting alternate versions of Strange. Strange must also reckon with his decision to leave the love of his life, Dr Christine Palmer (Rachel McAdams), having never fully gotten over her. As our heroes face great unknowns and tangle with forces beyond their comprehension, the fate of the Multiverse hangs in the balance.

The Good: The Marvel Cinematic Universe is into its 14th year of existence, garnering both supporters and detractors. While there is a worthwhile discussion to be had about the impact of the franchise’s outsized success on the film industry, it’s hard to deny that these movies are broadly well made – something we get reminded of each time less successful attempts at comic book movies emerge. Doctor Strange in the Multiverse of Madness continues that tradition while bending and twisting what these movies can be. It’s like one of those toys that springs back into shape after you’ve played with it. Screenwriter Michael Waldron, who was the head writer of Loki, crafts engaging and out-there scenarios while keeping the movie focused. The formula that underpins the movie prevents it from spinning too wildly out of control, while there is also room for plenty of weirdness and for director Sam Raimi to put his stamp on things. Audiences have come to expect big tentpole movies to be overlong affairs, so at 126 minutes, Multiverse of Madness doesn’t overstay its welcome. 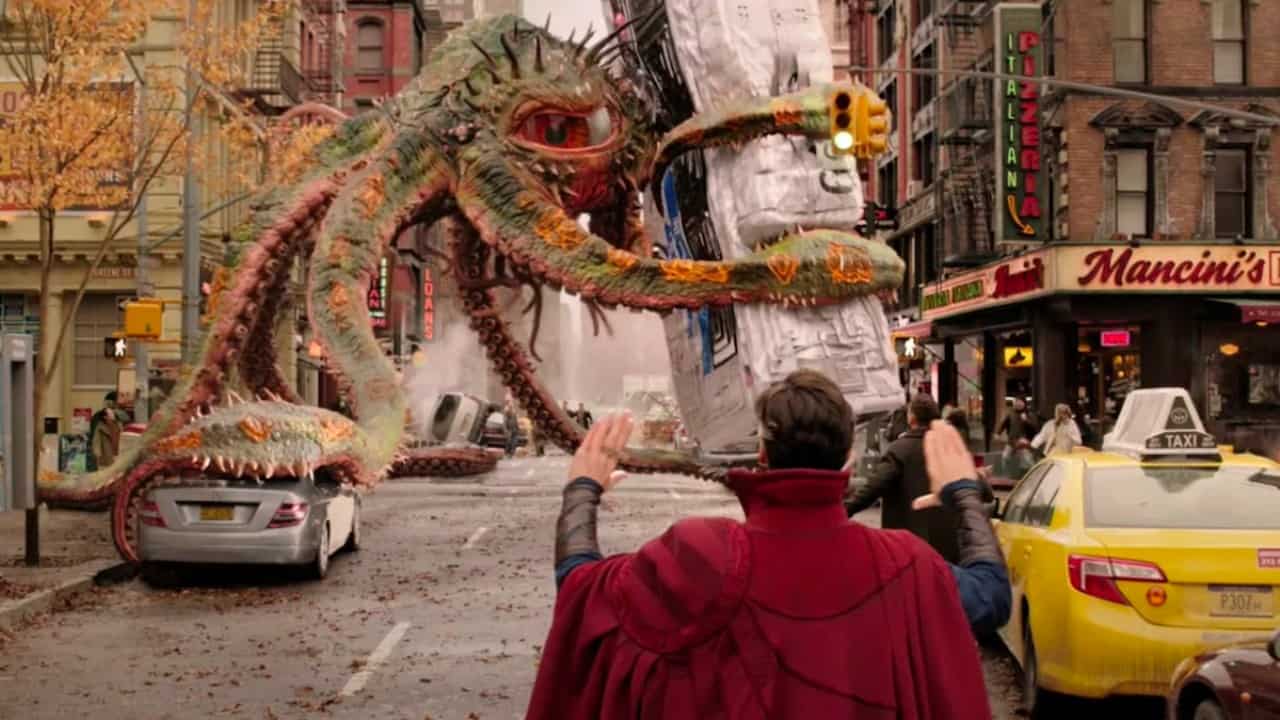 The Not-So-Good: As with so many other MCU movies, there is a lot of computer-generated imagery. Much of it is good, but not all of it works. As wondrous as these movies can be to look at, the artifice can sometimes take viewers out of it. In this movie, CGI is used to create trippy dreamscapes, but also big monsters that are not quite as charming as they would have been had they been done practically. 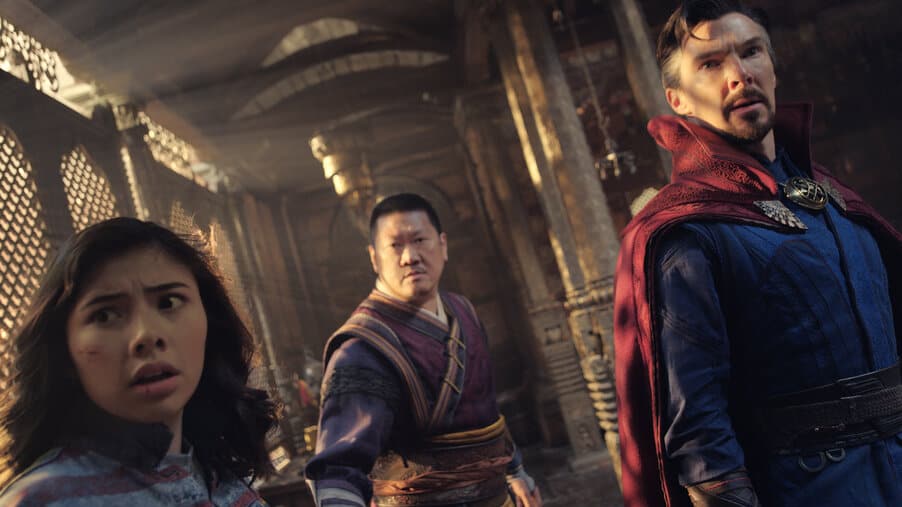 While actress Xochitl Gomez cannot be faulted, the America Chavez character feels almost entirely like she only exists as a plot device, even with some time taken to establish her backstory. She is very much the living MacGuffin of the piece, which is a bit of a shame considering the character’s potential, but there are places to go yet.

The speed at which the movie moves is often in its favour, but sometimes it gets in the way of some of the emotional beats and it can feel like we are being whisked from set-piece to set-piece. It’s a good thing that the set-pieces are all enjoyable.

Raimi Returns: Beyond the cameos and the references to the comics, the big highlight here is the return of Sam Raimi, who hasn’t directed a feature film since 2013’s Oz: The Great and Powerful. Raimi boarded Multiverse of Madness after the departure of Scott Derrickson, who directed the first Doctor Strange film. We’ve seen what happens when studio meddling gets in Raimi’s way, as evidenced by Spider-Man 3. As such, it’s a good thing that Multiverse of Madness often feels as much like a Raimi movie as it does an MCU movie. There is quite a bit of goofiness and one fight scene that’s instrumental to the story is pure, classic Raimi. The wildly kinetic camera, representing the point of view of the Evil Dead in the titular film, makes a return in a way. This is the closest to horror an MCU movie has come, to entertaining results.

Raimi is often mentioned in the same breath as Peter Jackson, in that both came from low-budget horror and wound up helming the biggest and most influential blockbusters of the time. It could be said that James Gunn is in the same mould. Multiverse of Madness makes a good case for the MCU as a sandbox, and it’s to Marvel Studios’ credit that this thoroughly feels like a Raimi picture.

Recommended? Yes. This moves the MCU forward and is a fun ride.