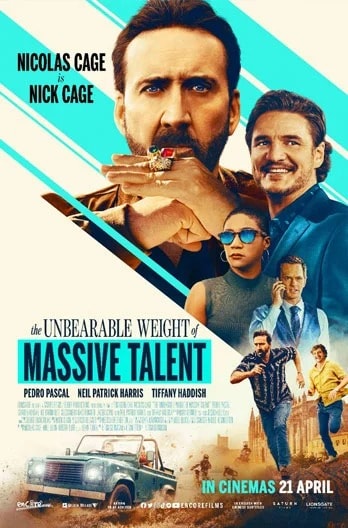 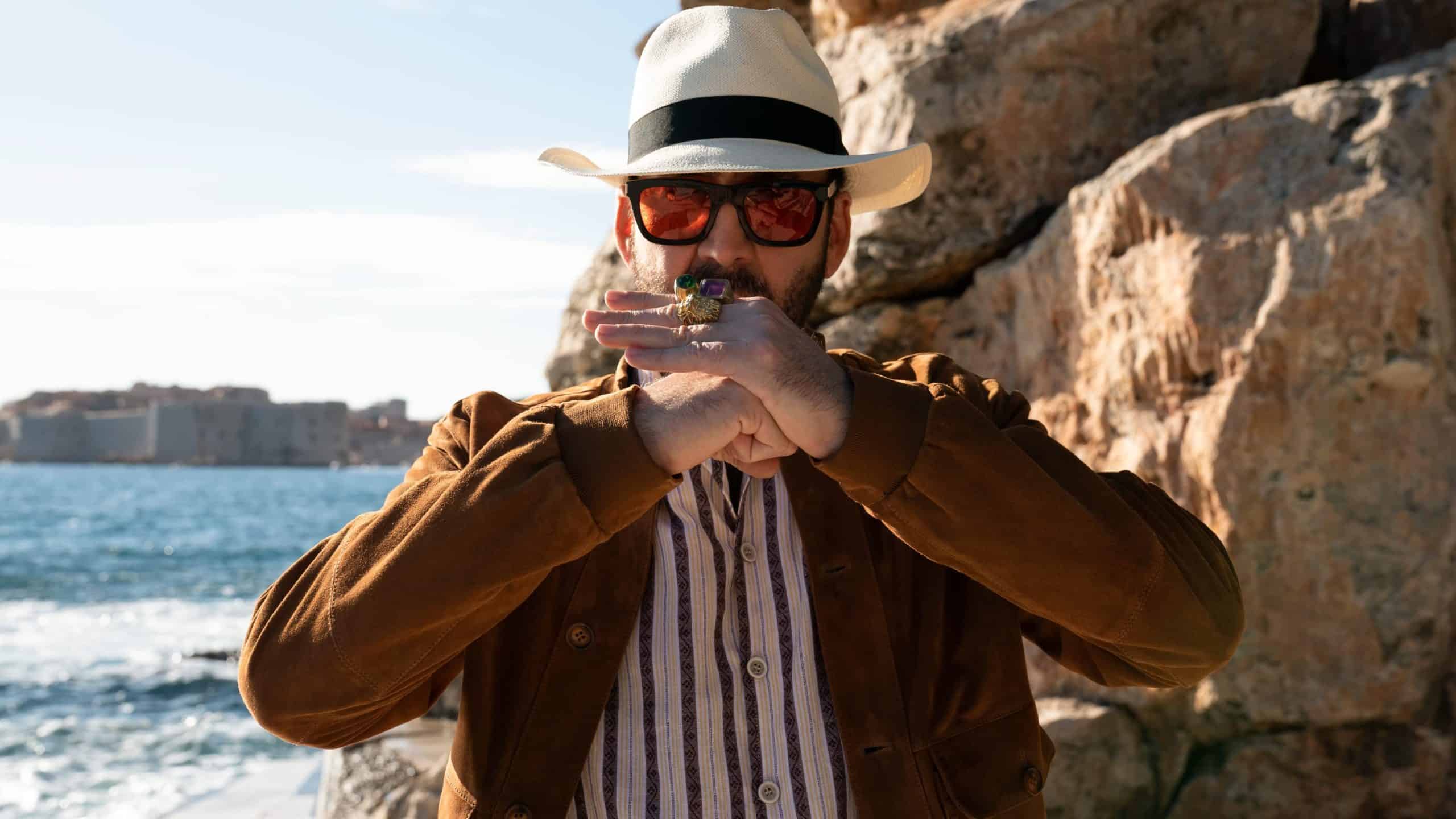 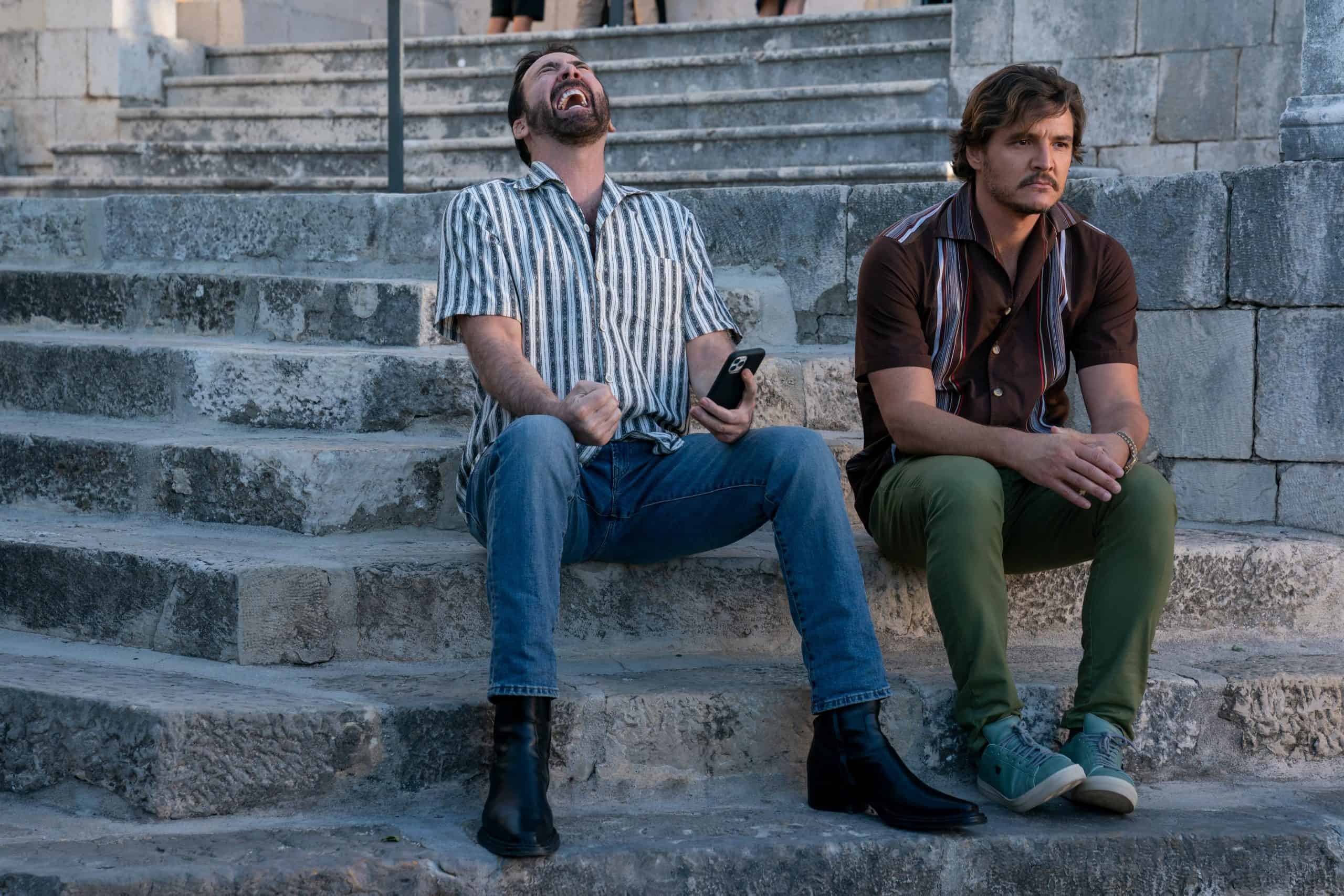 The Story: Nick Cage (Nicolas Cage) has been working steadily, but his days as a Hollywood A-lister are behind him. Cage is facing personal struggles too: he is newly divorced from his ex-wife Olivia (Sharon Horgan) and has a strained relationship with their teenage daughter Addy (Lily Sheen). After failing to convince director David Gordon Green to cast him in a new project, Cage’s agent Richard Fink (Neil Patrick Harris) convinces him to accept an invitation to appear at a billionaire superfan’s birthday party. Cage travels to Mallorca, Spain, where he is the guest of Javi Gutierrez (Pedro Pascal), owner of an extensive collection of Nicolas Cage memorabilia. CIA operative Vivian (Tiffany Haddish), acting on intel that suggests Javi might be the head of an international arms smuggling ring, ropes Cage in to spy on Javi. Cage begins to live out what might as well be the plot of one of his movies. 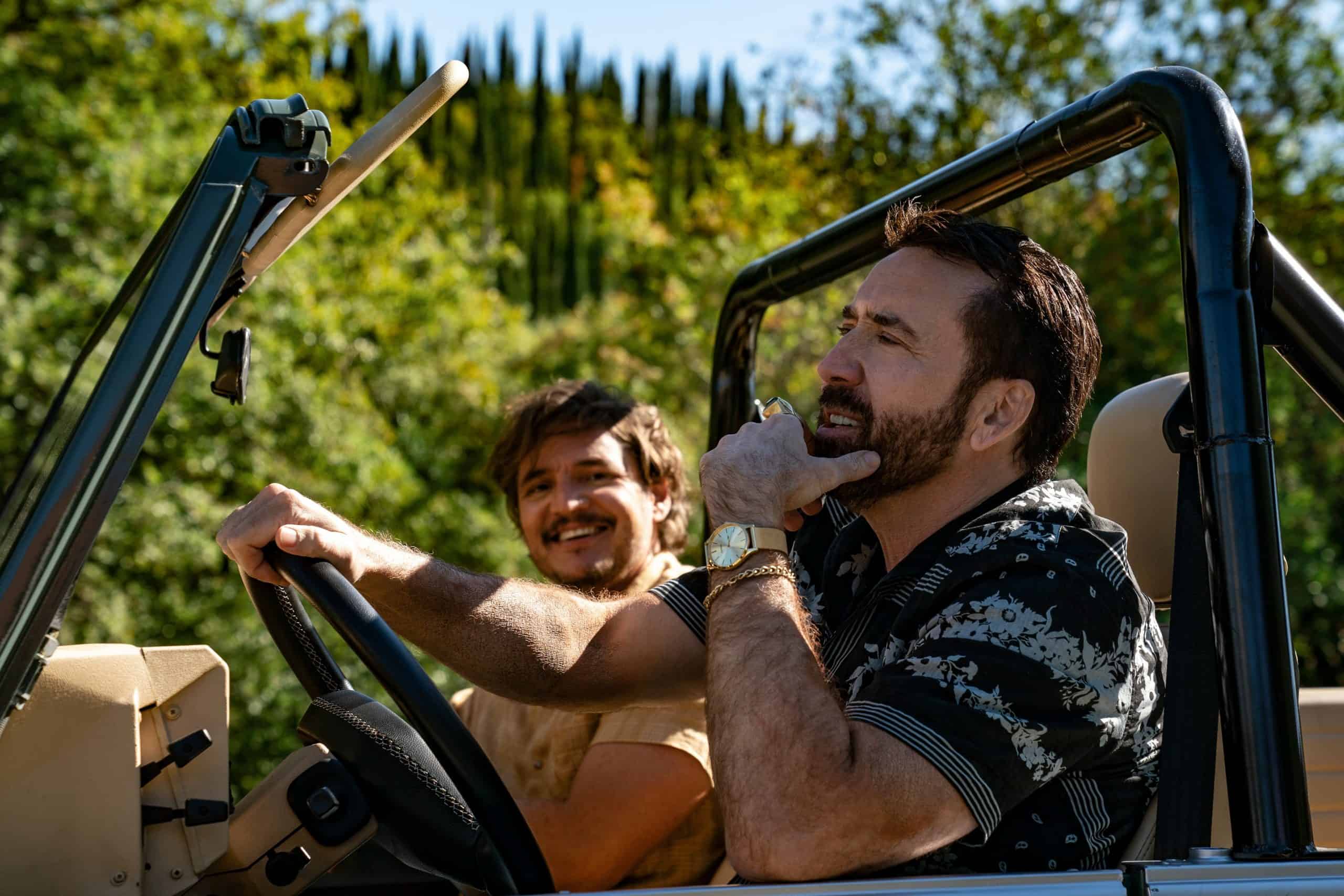 The Good: Heavy on self-referential humour, the Unbearable Weight of Massive Talent feels pre-laden with post-modern irony and cynicism. However, it is a surprisingly sincere, affectionate and heartfelt ode to Nicolas Cage. The screenplay by Tom Gormican and Kevin Etten is tonally assured and frequently funny. Cage gives it his all, as is his wont, and is surrounded by a capable supporting cast. Pedro Pascal might be known for playing characters who are suave or quietly tough and is a revelation as a comedic force. His instinct and timing make him more than a match for Cage, and the duo is brilliant in scenes together. The Croatian filming locations, standing in for Spain, are also beautiful to behold. This is a movie that is just endlessly entertaining and joyous and could only have been made by people who truly love and appreciate the star and subject, much as he is often regarded as a joke. 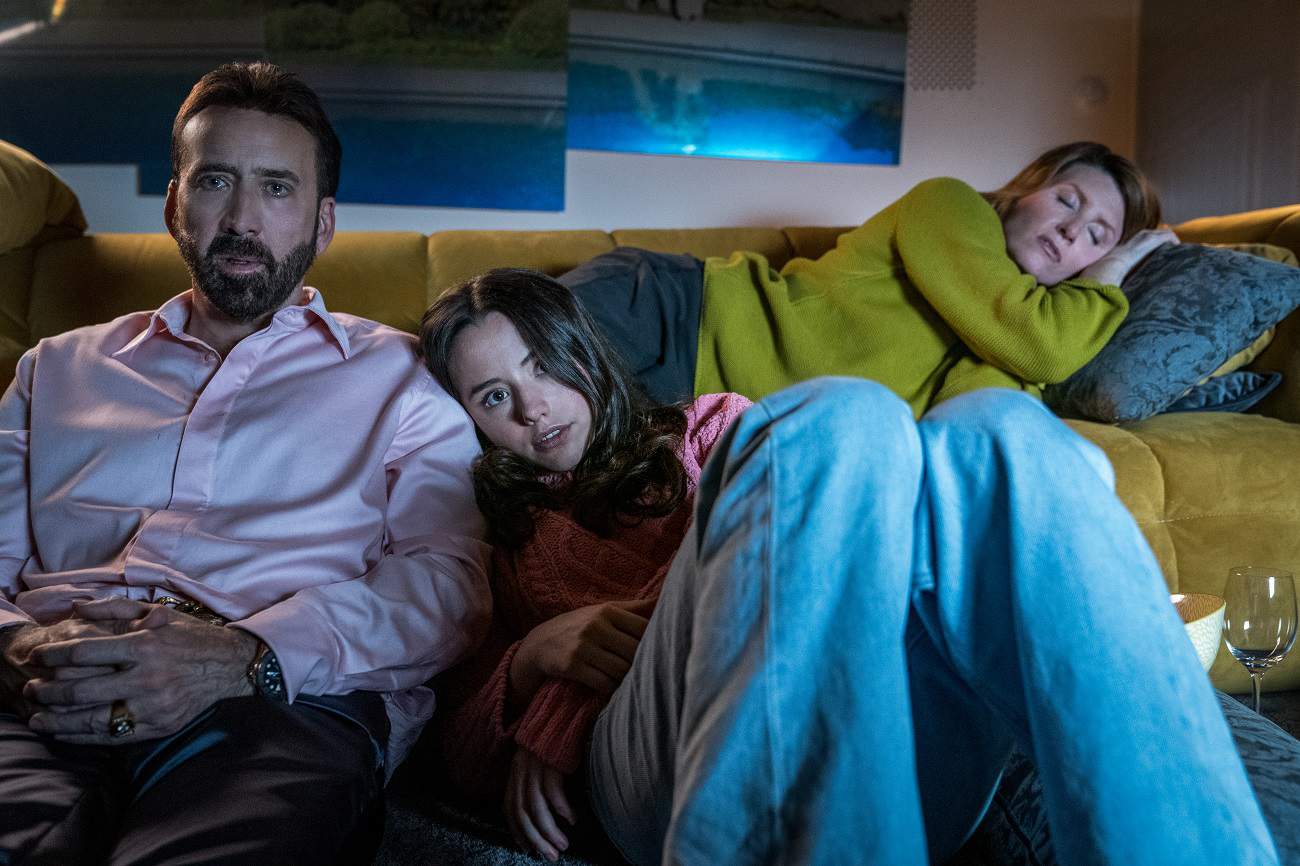 The Not-So-Good: The film suffers when it comes to the subplot about Cage’s personal life. The characters of Olivia and Addy are wholly fictional and not based on any of Cage’s real spouses or children. It is perfectly understandable that the movie would depart from real life in this area (it remains completely realistic otherwise). Unfortunately, it also means that the Nick Cage character is a lot less interesting because his eccentricities seem more surface-level, when part of the appeal of Cage as a real-life figure is that his eccentricity has permeated every part of his life. 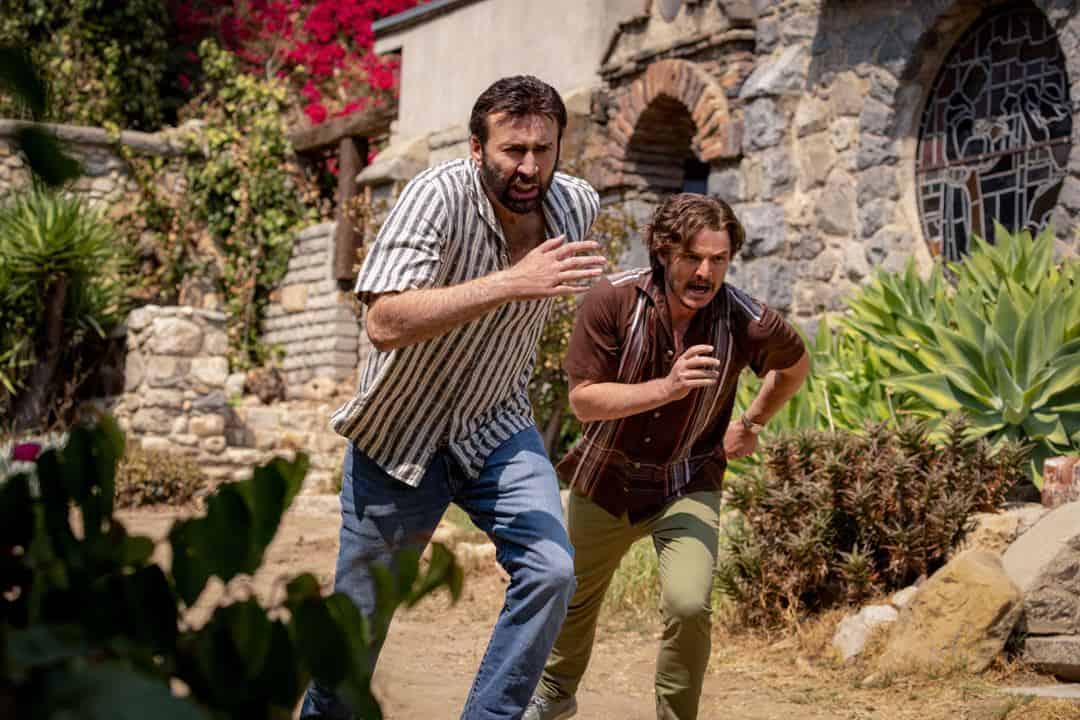 The action sequences are serviceable, but nothing to shout about and they are not film’s focus. 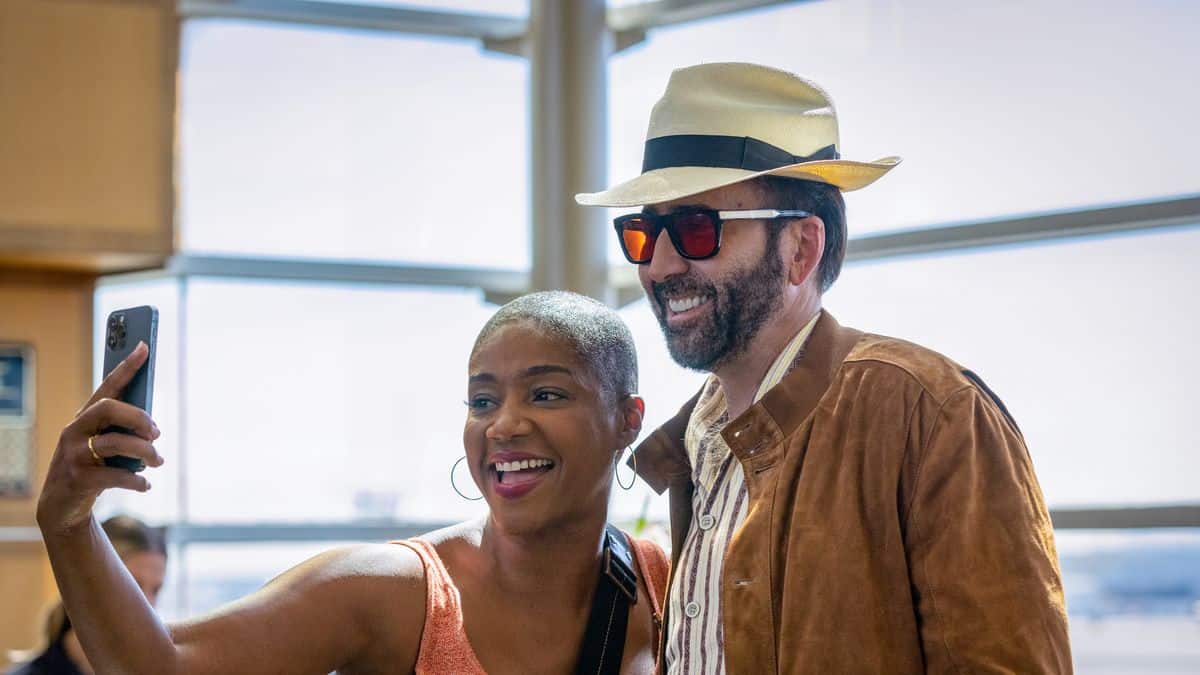 The talented Mr Cage: On Reddit, the subreddit dedicated to Cage is called “one true god”. The actor’s persona makes him an ideal candidate for a film like this, a film that could only work with Cage at its centre. Over the course of his career, Cage has won a Best Actor Oscar for Leaving Las Vegas, been at the forefront of bombastic 90s action movies like Face/Off, The Rock and Con Air, has lately starred in a string of direct-to-video action movies and has become a favourite target of light-hearted online mockery. The Unbearable Weight of Massive Talent looks back at this unique career arc. One would argue that as much as people have made fun of Cage, a certain respect and admiration underpins that, and that is something The Unbearable Weight of Massive Talent captures well. For as much as he is treated as a curiosity and is the subject of debate about what truly constitutes “good acting,” the consensus among film-lovers seems to be that Cage is a legitimately talented actor. A movie like this could only happen if he had enough of a sense of humour, and while Cage took some convincing, it is a wonderful thing that this movie exists.

Recommended? Yes. This is a celebration of a unique personality who has had a wide-ranging, fascinating career.