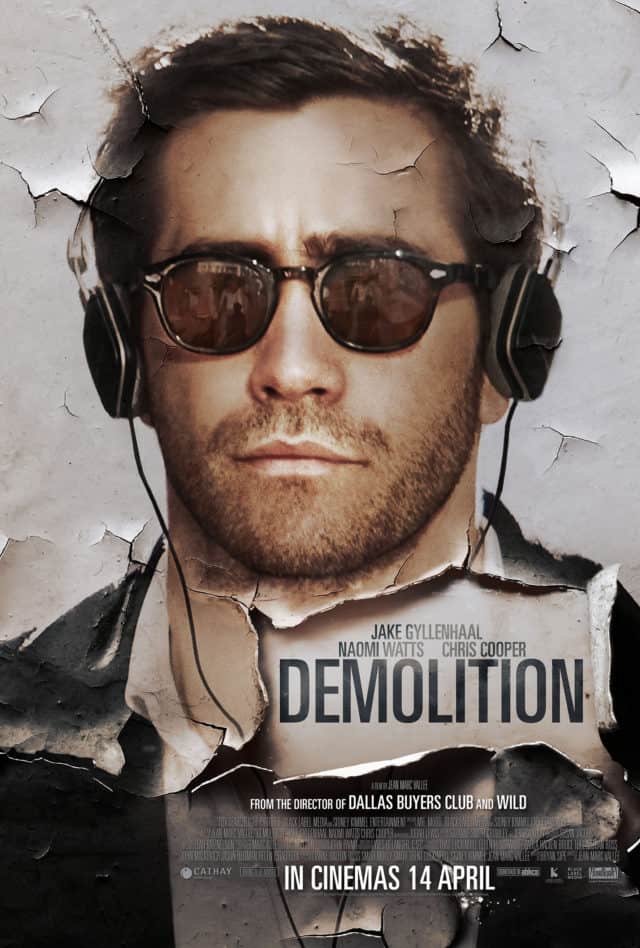 If a story opens with “so-and-so had it all”, you know things will soon take a turn for the worse. Davis Mitchell (Gyllenhaal) had it all: a high-paying investment banker job, a beautiful wife, loving parents, a plush house and a fancy car. Davis’ world is shattered in the aftermath of a car accident that claims the life of his wife, Julia (Lind). Davis’ father-in-law and boss Phil (Cooper) sees that Davis is unravelling and tries to convince him to seek professional help. Instead, Davis goes about his own unorthodox way of coping with grief. When writing a complaint letter to a vending machine company after his candy gets jammed, Davis includes some startlingly personal admissions. This soon develops into a correspondence with customer service representative Karen Moreno (Watts) and Davis gets to know Karen and her rebellious teenage son Chris (Lewis) as he works out his issues. 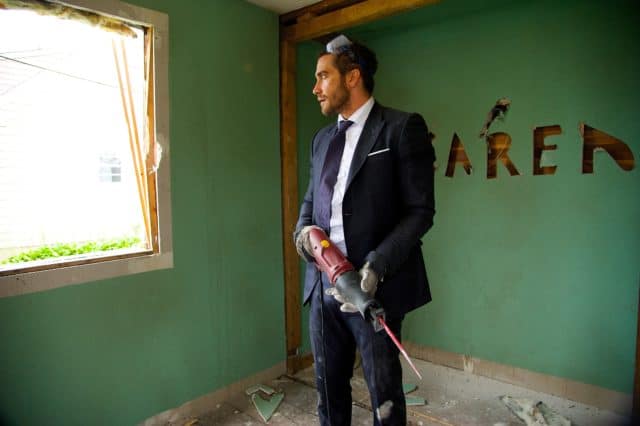 Demolition is directed by Jean-Marc Vallée of Dallas Buyers Club and Wild fame, from a screenplay by Bryan Sipe. This is meant as a character study, delving into a man’s search for catharsis – and meaning, if there’s any to be found – in the wake of trauma. Unfortunately, the cold, stale odour of sophomore year creative writing class wafts off the screen. It’s almost immediately obvious that the narrative conceit of Davis’ over-sharing in his complaint letters serves as a way to pack in as much exposition as possible. The dialogue also heaves with such clunky lines as “repairing the human heart is like repairing an automobile. You’ve got to dismantle everything, then you can put it back together again.” While there are elements of dark comedy within, the bulk of the film is sullen navel-gazing.

Gyllenhaal has played a number of truly fascinating characters in his career. Alas, Davis doesn’t number among them. The character is meant to be inherently sympathetic because his wife has just died; his erratic behaviour an extreme manifestation of loss. As the title indicates, he develops an appetite for destruction, of property and of self. The film seems to go out of its way to make the more rational characters come off as unlikeable, in order to justify Davis’ actions. The methods with which Davis deals with tragedy may be relatable to some, but are generally overblown and melodramatic. This is a character whom we’re supposed to think is edgy and cool – you know, broken, but sexily broken, with Gyllenhaal working those puppy dog eyes for all they’re worth. It feels a little cheap and is easy to see through. 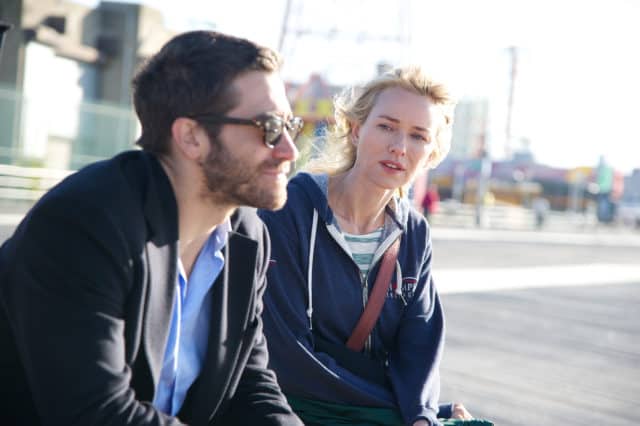 To the film’s credit, it goes out of its way to frame the burgeoning relationship between Davis and Karen as something other than an impulsive rebound fling. Karen is an unfulfilled pot-smoking single mum and while she takes pity on Davis, she is also wary of him given Davis’ instability. If anything, the movie needs more of Naomi Watts. Cooper has several moments in which Phil wears his heart on his sleeve and emotion bubbles to the surface, but the main note he’s required to play is ‘disapproving’. Chris is not so much a character as all the stock ‘troubled kid’ traits rolled into one. This reviewer got the impression that Lewis watched Edward Furlong in Terminator 2 a hundred times to prepare for the role. It’s a wayward kid of a very ’90s sort. Davis’ attempts at bonding with Chris, while potentially sappy, also give the film the jolts it needs.

Demolition’s version of ‘working through pain’ involves public displays of volatility, copious quantities of self-pity and long voiceovers wherein complaint-letters-turned-teary confessionals are read aloud. The 100-minute running time is relatively shorter than that of the average drama, but it still feels interminable at times. We’ve taken Demolition apart and searched for meaning – there’s some of it, to be sure, but not nearly as much as the film would like us to think there is. 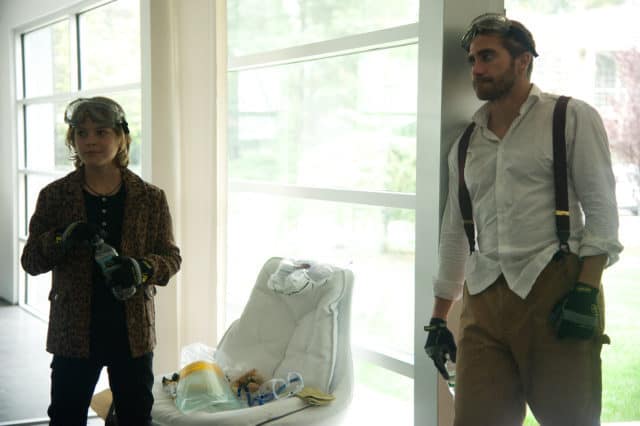 Summary: Demolition is packed with on-the-nose clumsiness and soap opera plot twists masquerading as depth, but lead actors Gyllenhaal and Watts manage to suss out some substance.