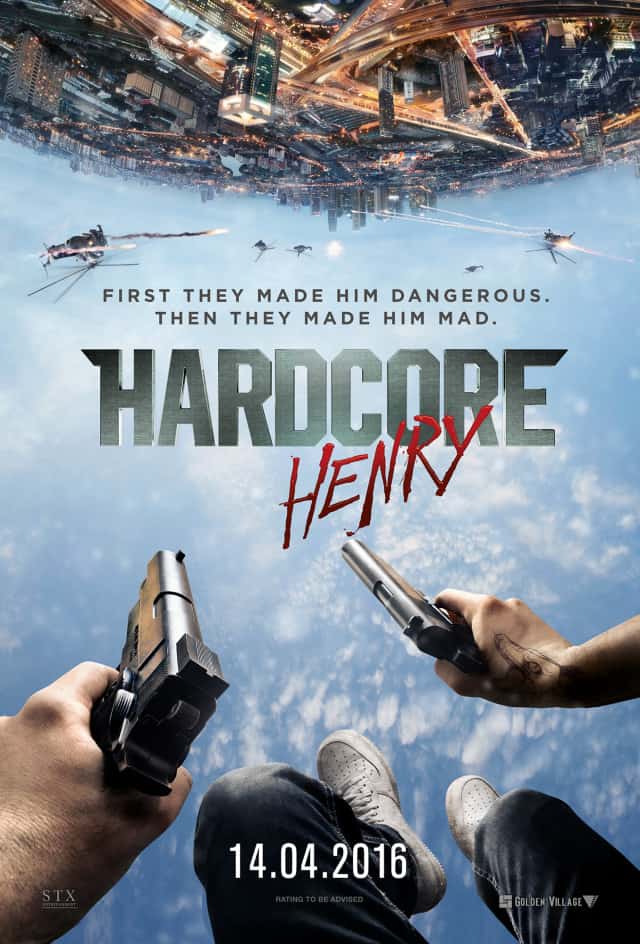 “Henry” is a bit of an odd name for an action hero. Don’t get us wrong, it’s a fine name, but perhaps a quaint one – characters like Professors Henry Higgins and Henry Jones Sr. come to mind. The contraction “Hank” just seems much more suited as a moniker for a kicker of ass. Anyway, Henry awakes in a top-secret lab, having been brought back from the dead with cutting-edge robotics technology with no recollection of his former life, and without the ability to speak. Henry’s wife Estelle (Bennett) is there to greet him when he awakens, but Henry soon finds himself pursued by the mercenary army of Akan (Kozlovsky), a dangerous megalomaniac with telekinetic powers. Only Jimmy (Copley), a scientist with knowledge of Akan’s schemes, can help Henry make sense of it all, as Henry finds himself caught in one high-octane skirmish after another. 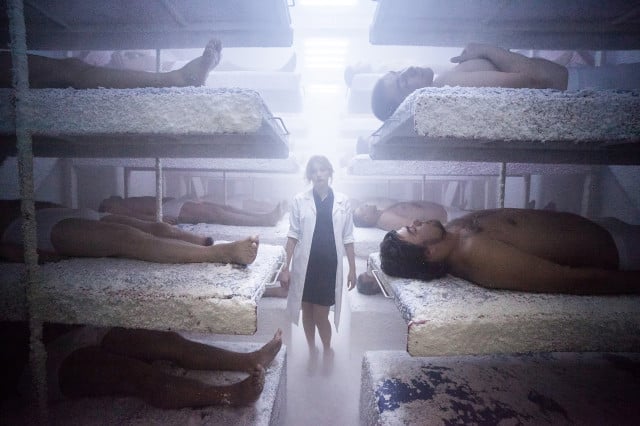 Hardcore Henry is built on a nifty gimmick: it’s the first feature-length action film shot entirely from a first-person perspective. Writer-director Ilya Naishuller is the frontman of Russian indie rock band Biting Elbows, and he gained fame by creating music videos that were mini-action extravaganzas all shot from a first-person point of view. In this film, the titular role is played by around 10 cinematographers and stunt performers, including Naishuller himself, wearing a specialized GoPro camera rig. Hardcore Henry is definitely for a niche audience, specifically viewers who find themselves bored with pedestrian action flicks showcasing competently choreographed fights and chases, but nothing too special. Naishuller delivers a product that is (eye)balls to the wall in every sense, the whole thing coming off like a fever dream. Perhaps it’s easiest to compare it to the Jason Statham-starring Crank and Crank 2, Naishuller’s anarchic style of shooting action reminiscent of Neveldine/Taylor’s devil-may-care approach. 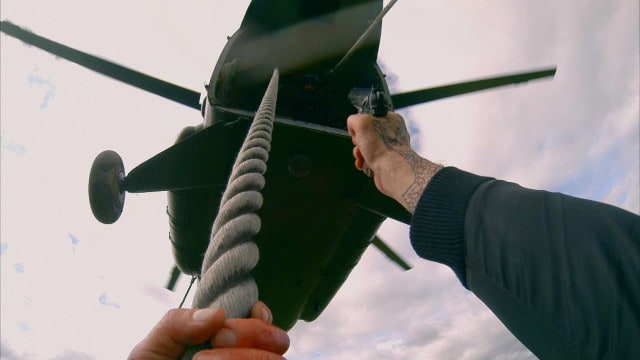 Hardcore Henry is a mess, but not an irredeemable one and, in fact, quite an interesting mess. If the trailer alone made you nauseous, you’ve probably decided not to watch the whole thing. It’s abundantly obvious that those prone to motion sickness should stay away, but the shaky-cam didn’t affect this reviewer as much as he thought it would. On the one hand, it’s challenging to make out most of what’s going on, but on the other hand, it lends the film a visceral vibe and simulates a drug-induced buzz. There are myriad logistical challenges in capturing all the action with just one camera, and if one stunt performer (there are dozens in several scenes) makes one wrong move, it means a retake; you can’t cut to a different angle. Also, the actors have to augment their performances because they’re not interacting with a fellow actor, they’re acting directly to camera – and actors are trained to try to ignore the camera as far as possible. 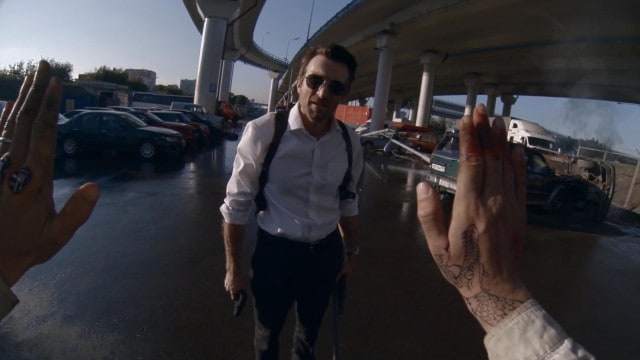 Copley is outstanding in this. There’s a puzzling mystery to his character that only gets solved towards the end of the second act, but even though we can’t make complete sense of Jimmy at the outset, Copley’s charisma ensures we keep watching. We won’t give away why, but he gets to play with multiple accents and even performs a full-on dance number. Russian heartthrob Kozlovsky undergoes a complete transformation, sporting a white wig and bleached eyebrows. His Akan is an expectedly over-the-top supervillain and the extent of the character’s power is put on frightening display. Bennett, of Music and Lyrics fame, seems out of place in the film’s setting – but then again it serves the character who’s mostly a damsel in distress, though there’s a smidgen more to Estelle than meets the eye. 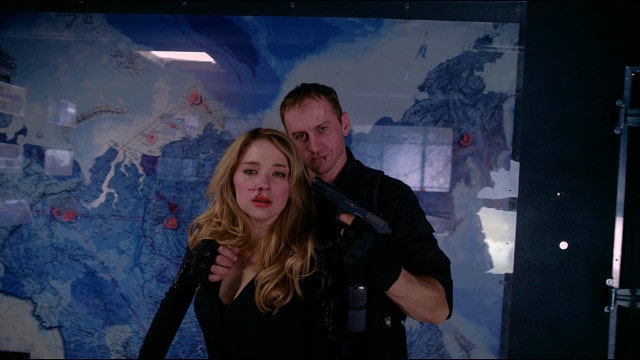 The sheer amount of gleeful violence packed into Hardcore Henry is designed to make the audience wince and laugh simultaneously. It’s graphic, but almost in a cartoony way, akin to the bloodshed on display in the satirical sci-fi action film RoboCop. There’s also gratuitous nudity, with an extended scene set in a brothel. Hardcore Henry doesn’t take itself seriously at all, and there are moments such as when Henry tries to ride a horse with a snippet of the Magnificent Seven theme playing in the background that are genuinely funny. The snarky comment “nobody likes to watch someone else play a videogame” has been used as a criticism against the film and we can see the point there, but there’s just so much energy, conviction and sheer mayhem on display that it’s hard to deny Hardcore Henry entirely. 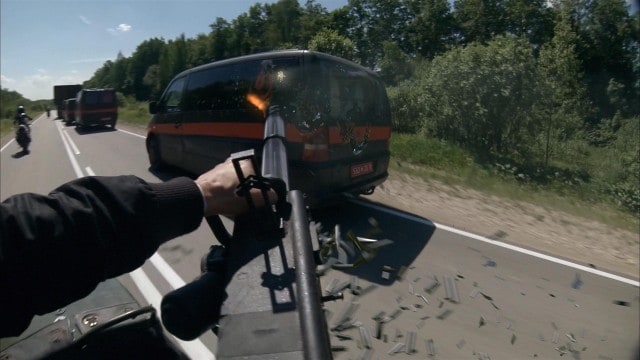 Summary: It’s messy and incoherent in parts, but Hardcore Henry’s good use of its gimmick, impressive stunt work and how irrepressibly unhinged it is will make this worth checking out for genre aficionados.