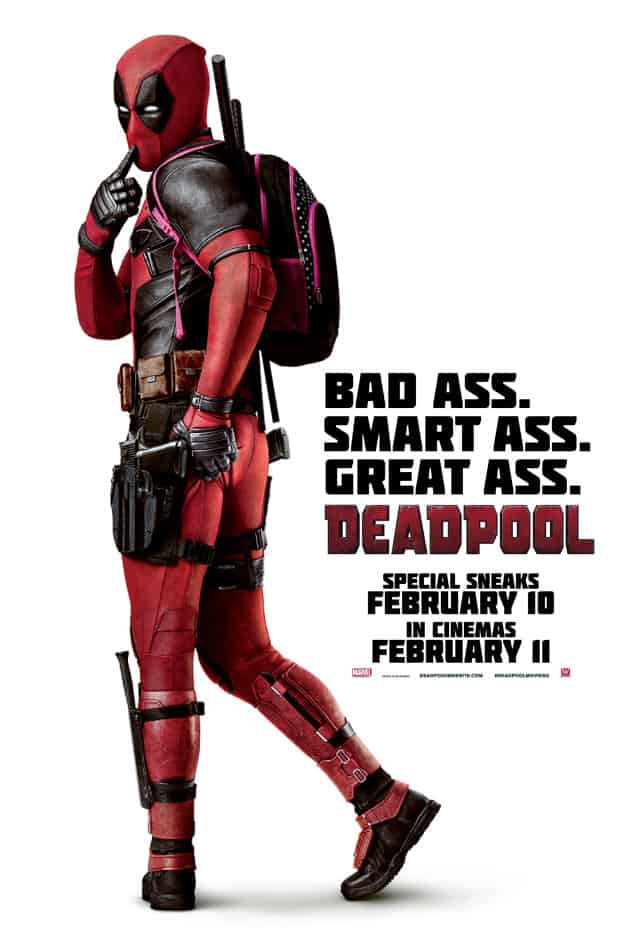 There’s an actual Deadpool movie and we’re reviewing it; this is a real pinch-me moment for any comic book fan. This X-Men spinoff centres around the invulnerable, trigger-happy, wisecracking, fourth wall-breaking antihero Deadpool. When mercenary Wade Wilson (Reynolds) is diagnosed with terminal cancer, he volunteers for an experimental procedure to cure him and grant him regenerative super-powers in the hopes that he can live out the rest of his days with the love of his life, Vanessa (Baccarin). Ajax (Skrein), one of the operatives in charge of his transformation, intends to torture Wade and lease his services to the highest bidder. Reborn as Deadpool, Wade seeks vengeance against Ajax and fears he won’t be able to win Vanessa back after being horribly disfigured, supported by his bartender friend Weasel (Miller) and blind landlady Al (Uggams). In the meantime, Colossus (Kapičić) and Negasonic Teenage Warhead (Hildebrand) of the X-Men are out to recruit Deadpool to join their band of do-gooders. 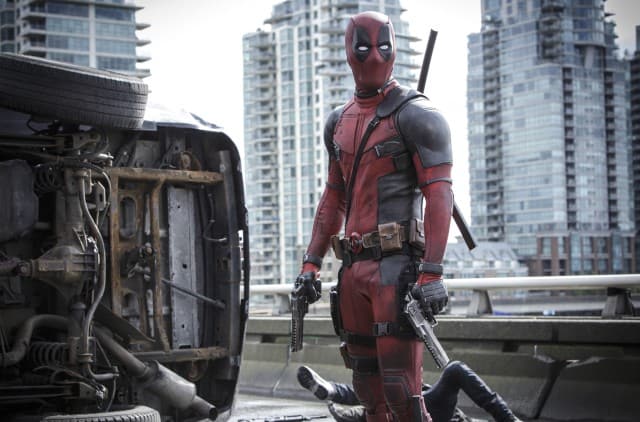 There’s definitely an underdog quality to the Deadpool movie. For years, it seemed just out of reach, no matter how hard star/producer Reynolds lobbied for it to get made. Despite repeated attempts by Fox execs to suppress it, it’s seen the light of day and was definitely worth the wait. First-time feature film director Tim Miller helms the movie with admirable confidence and the brash, tongue-in-cheek tone is very faithful to the character’s portrayal in the comics. Screenwriters Rhett Reese and Paul Wernick of Zombieland fame have crammed the script with more smart-alecky pop culture references and snicker-inducing double entendres than you can shake a katana at. While this is still very much a straight-forward origin story decked out with bells and whistles, it is refreshing amidst the current landscape of comic book blockbusters which run the risk of feeling samey-samey. There’s a leanness to Deadpool that serves as a counterpoint to the bloat of more conventional franchise entries. 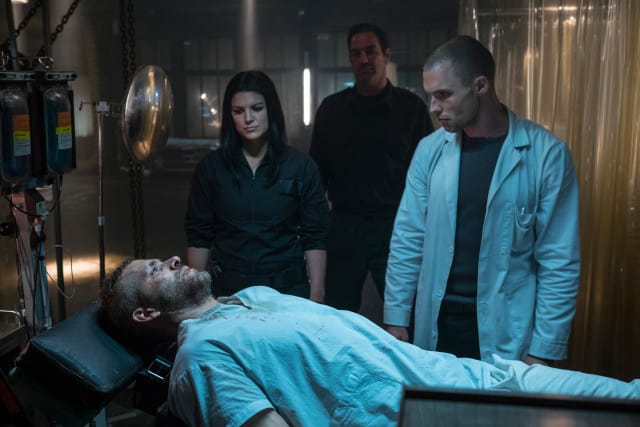 Deadpool makes it known loud and proud that he’s far from a straight-arrow, nice guy superhero. He’s crass, cocky and all-around unpleasant, which means it might not be particularly easy to get audiences who aren’t already acquainted with his shenanigans to be in his corner. However, it is easy to see why Reynolds has such an affinity for the character, who like him, hails from Canada. Reynolds has been in a string of flops with most attempts at pushing him as an A-list leading man falling flat, and Deadpool is just the right material for his particular talents. To put it bluntly, Reynolds can sometimes come off as a bit of a douche, what with that smirking, handsome mug of his. Deadpool is unapologetically, 100% a douche. Surprisingly, Reynolds is also able to imbue the character with a decent amount of pathos and the sequence in which Wade is being tortured as he undergoes his transformation is genuinely affecting. There’s also a fight scene in which Reynolds gamely goes completely nude.

The film’s limited budget means not being able to shell out for a star-studded supporting cast, a fact which is acknowledged as part of the self-aware humour. While the character is thinly-drawn, Baccarin is alluring as Vanessa and more than able to keep up with Reynolds’ non-stop snarking. A montage of Wade and Vanessa’s eyebrow-raising lovemaking proclivities is just the right combination of being a turn-on while also being hilariously uncomfortable. Colossus, with skin of metal and a heart of gold, provides plenty of laughs as well, despite the digital animation used to bring him to life falling a little short of the standard set by bigger-budgeted superhero movies. Miller’s comedic shtick can sometimes be annoying (see Transformers: Age of Extinction), but he tones things down and is able to sell Weasel as a comforting, familiar presence. 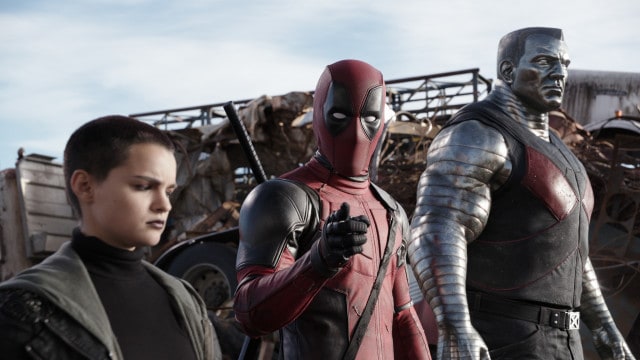 Alas, the film’s weakest point is its villains, with Skrein unable to bring much charisma or menace to the role of primary baddie Ajax. As Ajax’s henchwoman Angel Dust, MMA fighter Gina Carano stands around looking tough and throws punches when required. With his healing factor and formidable arsenal, Deadpool never actually faces a significant level of threat from his antagonists, but battling the bad guys consciously takes a back seat to the character strutting his irreverent stuff. 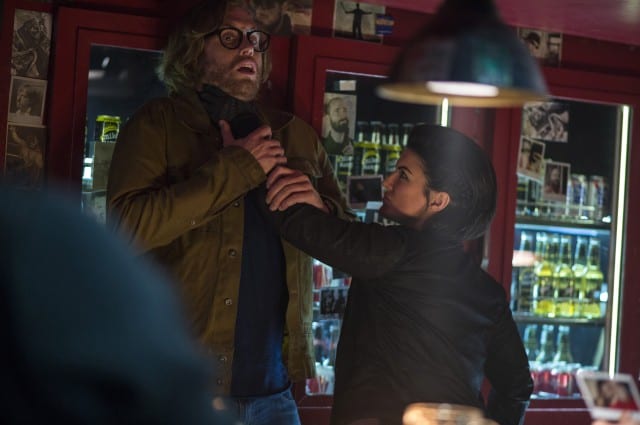 Deadpool gleefully crosses the line at any given opportunity, revelling in the violence, nudity and profanity like nobody’s business. It adheres to plenty of tropes we’ve seen before in comic book character origin stories, but there’s definitely a new spin on things here to enjoy. Sure, there are audiences who will find Deadpool too smug and obnoxious for their tastes, which is completely understandable. And there will teenagers who will emulate the character’s unsavoury manner, thinking it’s the definition of cool. But if you’re experiencing comic book movie fatigue (and really, who isn’t at this point?), Deadpool is a delightfully naughty shock to the system. And yes, stick around for the de rigeur post-credits stinger which hints at things to come, albeit in the movie’s own offbeat way.

Summary: A fan-favourite character finally gets his due. While not as unconventional as it would like to be, Deadpool is what fans have been waiting for and is enjoyable in its wholehearted embracing of the source material. 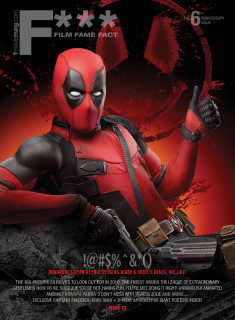