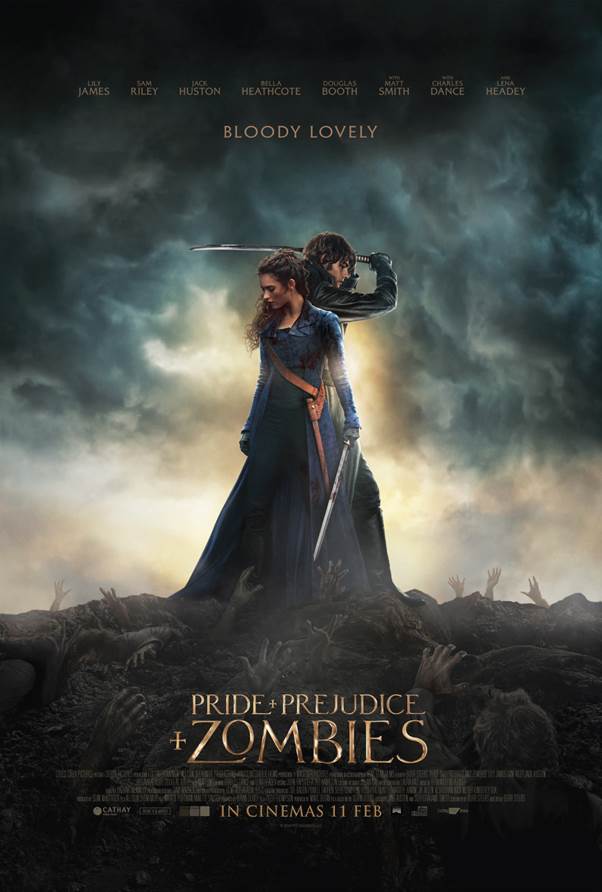 Something is rotten in the state of England – human flesh. It is the 19th century and a plague has befallen the nation, resulting in zombie hordes. Country gentleman Mr. Bennet (Dance) has ensured that his five daughters are trained in martial arts and weaponry to defend themselves against zombies, while Mrs. Bennet (Sally Phillips) is more concerned that they marry well. When the wealthy and single Mr. Bingley (Booth) purchases a nearby house, Mrs. Bennet sends her daughters to the first ball where Bingley is expected to appear. The girls defend the party from a zombie attack, and attraction sparks between Mr. Bingley and the eldest daughter Jane (Heathcote). Meanwhile, second-eldest daughter Elizabeth (James) clashes with Bingley’s friend, noted zombie slayer Col. Fitzwilliam Darcy (Riley). Meanwhile, local militia leader George Wickham (Huston), who had a falling out with Darcy, takes a shine to Elizabeth. Elizabeth and Darcy must overcome personal pride and societal prejudices to battle the zombie menace and discover their true love for each other. 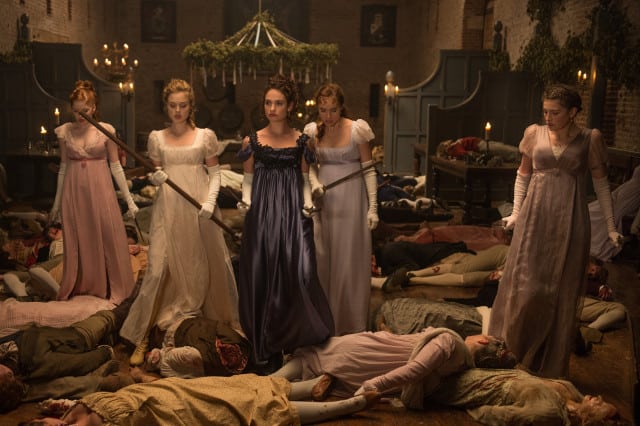 Pride And Prejudice And Zombies is based on the 2009 parody novel of the same name by Seth Grahame-Smith, who combined Jane Austen’s 1813 classic Pride And Prejudice with zombie fiction elements. A film adaptation has been in the works since before the novel’s publication, with Natalie Portman set to star as Elizabeth and David O. Russell directing. Alas, the end result doesn’t have quite that level of pedigree, with 17 Again’s Burr Steers writing the adapted screenplay and directing. Portman remains attached to the project as a producer. Across the development process, it ended up that Grahame-Smith’s follow-up novel, Abraham Lincoln: Vampire Hunter, got a film adaptation first.

While Abraham Lincoln: Vampire Hunter was criticised for being too self-serious, Pride And Prejudice And Zombies acknowledges its inherent absurdity more readily. It’s not a dour affair and there is a great deal of winking self-awareness to be had, which led to this reviewer laughing more than he anticipated to. However, it’s quickly all too apparent that this is built on just one joke, that zombies are having their heads blown to bits amidst all the Jane Austen refinement. This is how the idea was conceived: an editor at Quirk Books literally compared a list of “fanboy characters” like ninjas, pirates, zombies and monkeys with public-domain classics like War And Peace, Crime And Punishment and Wuthering Heights. Sounds arbitrary, doesn’t it? This laziness comes through and the novelty factor proves insufficient in sustaining the film. 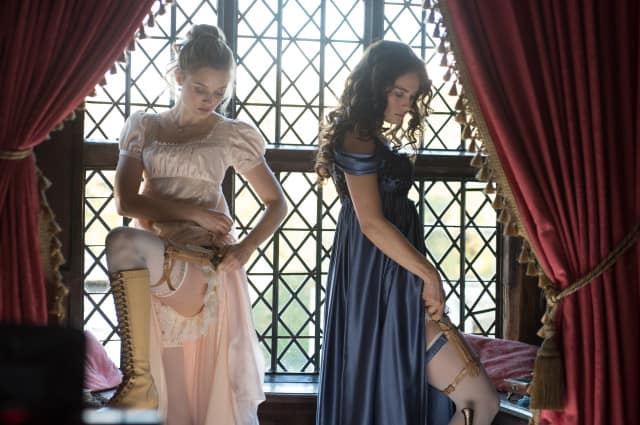 We’ve had Charlize Theron with a bionic arm driving a giant oil tanker across a post-apocalyptic wasteland and Emily Blunt in a mech suit fighting aliens, so kickass heroines are in vogue. In this film, the Bennet girls were trained in a Shaolin monastery and are proficient in various forms of combat. In one scene, two of the sisters engage in sparring practice while gushing over Mr. Bingley, speaking the original Austen dialogue. It’s pretty fun.

James makes for an adequate plucky, wilful protagonist and the actress demonstrates her awareness of the type of film she’s in. The Cinderella and Downton Abbey star is perfectly convincing as an aristocratic 19th-century Englishwoman fighting social norms, albeit a little less convincing as a formidable zombie killer. Riley’s Mr. Darcy is brusque and brooding, clad in a leather duster. Unfortunately, Riley and James share little chemistry and there’s no flow to the progression of their relationship. Matt Smith showcases good comic timing as bumbling clergyman Mr. Collins, heir to the Bennet estate. In Austen’s original novel, George Wickham turned out to be a liar and conman, if not an out-and-out villain. Things end a little differently here. Huston’s pulchritude has a slight tinge of menace, which makes him suited to the role. Dance is a welcome presence as the kindly yet strict Bennet patriarch, but his Game Of Thrones co-star Lena Headey gets all too little screen-time as the eyepatch-wearing Lady Catherine de Bourgh. 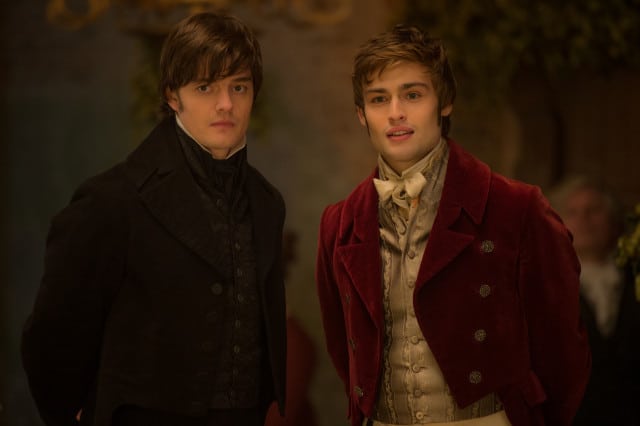 Many readers have used charts and diagrams to follow the interwoven relationships in Pride And Prejudice. Pride And Prejudice And Zombies trips up when it tries to get through the plot of the story as quickly as possible so it can get to the next zombie attack. The genre mash-up isn’t as seamless and confident as it needs to be to fully sell the conceit. Furthermore, the action sequences aren’t particularly memorable. It’s also lacking the raw sex appeal of, uh, Colin Firth.

Summary: Pride And Prejudice And Zombies is not the unmitigated train-wreck it could’ve been, but it’s hard to shake the feeling that all the premise should sustain is a mock trailer on Funny Or Die.