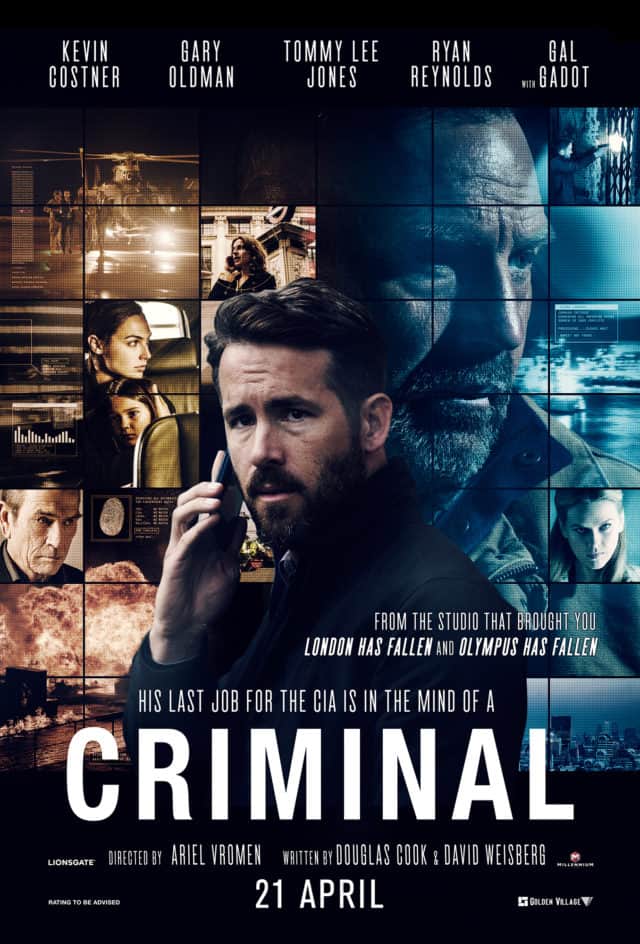 Like most moviegoers after the release of Deadpool, this action thriller finds Kevin Costner with Ryan Reynolds on the brain. Costner plays Jericho Stewart, a hardened criminal who suffered a traumatic brain injury as a child, making him the ideal candidate for a top secret experimental procedure. When CIA agent Bill Pope (Reynolds) is incapacitated in London while tracking down hacker Jan Strook (Pitt), CIA station chief Quaker Wells (Oldman) enlists the help of neurosurgeon Dr. Franks (Jones). Dr. Franks has spent 18 years developing a way to implant the memories of a dead person into a living human being. Jericho is coerced into completing Bill’s mission, but things do not go according to plan. Jill (Gadot), Bill’s widow, has to come to terms with the fact that a complete stranger now possesses her husband’s memories. Even though he wants nothing to do with the mission, Jericho must prevent a flash drive that Strook has from falling into the hands of ambitious anarchist Xavier Heimdall (Mollà). 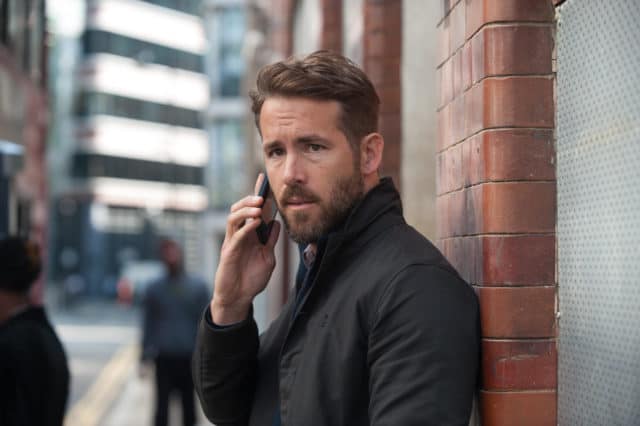 Criminal plays a lot like a high-concept 90s action movie repackaged in a strait-laced, post-Bourne espionage thriller style. The sci-fi tinged concept of memory implants is akin to the face-swapping plot device in Face/Off, albeit slightly more plausible. There’s no eye-catching bombast, but the slightly overwrought names like “Jericho Stewart”, “Quaker Wells” and especially “Xavier Heimdall” seem like they belong in a Bond movie. Criminal boasts a cast that is more star-studded than one would expect for a thriller with a relatively low budget, estimated at a mere $31.5 million dollars. Even though there are many moments that reminded this reviewer of any number of direct-to-DVD action flicks, the production values are sufficiently high and there’s a visual effects sequence involving a submarine that looks surprisingly good. The shootouts and car chases are far from inventive, but the action keeps things chugging along. 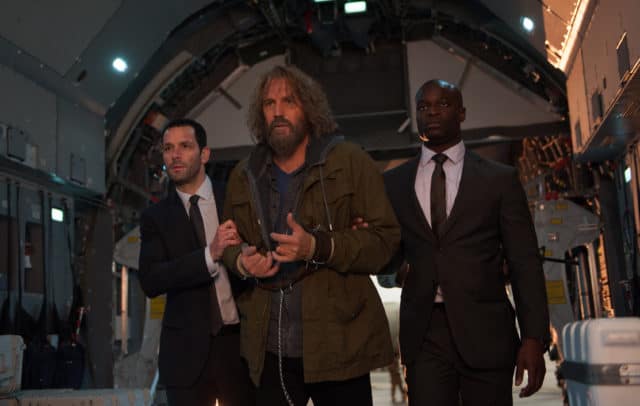 Even though it’s largely generic, Criminal does possess a unique trait: its protagonist is, well, a criminal, with complete disregard for human life. He’s not a charming rogue, he’s not a conflicted hero; he’s a heartless, emotionless brute. Naturally, some character development occurs as the personality of his “memory donor” intrudes into Jericho’s mind. Jericho is introduced chained up in a prison cell, sporting scraggly long hair and a beard, being recruited against his will for a clandestine mission – not unlike Sean Connery’s character in The Rock. Incidentally, the screenwriting team of David Weisberg and the late Douglas S. Cook also penned The Rock. Suffice it to say that Costner is no match for Connery in the charisma department, but the character’s resourcefulness and violent unpredictably help mitigate Costner’s blandness somewhat. 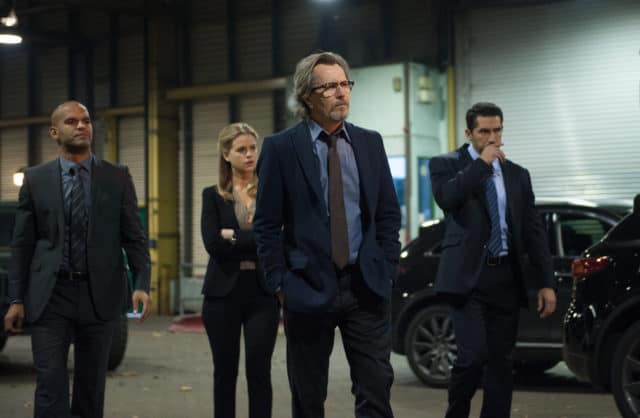 The supporting players, Oldman and Jones in particular, definitely seem above this material and not very much is asked of them. Oldman’s Quaker Wells stands about the situation room fretting and gets to throw his signature yelling fits. Jones frowns and looks worried. Perhaps some viewers might find that their presence subconsciously lends this silly action movie some prestige. Reynolds is in this for a very brief amount of time since, well, his character’s death is the catalyst for the plot. It’s a little funny to see Reynolds in another mind swap flick so shortly after Self/Less. Gadot is called upon to emote and she does sell that sense of loss, anger and confusion with the little screen time she’s given. Mollà is basically being discount Javier Bardem here, with his character’s motivation outlined via an interview with Piers Morgan. Actor/stunt performer Scott Adkins shows up as the right hand man to Quaker, but alas, he doesn’t get to bust any of his famous martial arts moves. 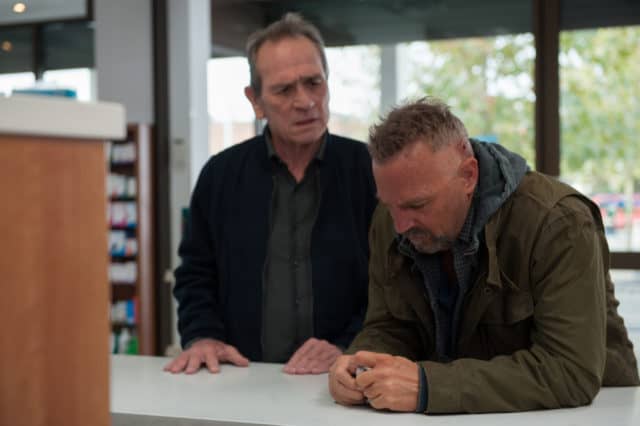 This reviewer derived an extra level of enjoyment because a large portion of the cast has been a part of movies based on DC Comics. Just imagine: Jonathan Kent is implanted with Hal Jordan’s memories thanks to a procedure invented by Dr. Two-Face, Hal Jordan’s widow is Wonder Woman, his boss is Commissioner Gordon and the henchwoman on Jonathan Kent’s tail is Faora. It’s evident that the plot, even with its sci-fi elements and ticking clock, wasn’t compelling enough to hold our full attention. There are attempts at being topical – Edward Snowden is name-dropped – but these are ham-fisted rather than helping to make the movie seem relevant. It’s somewhat ironic that a film with the plot device of memory implants will not remain in anyone’s mind for long, but it’s competently directed by Ariel Vromen. It doesn’t look cheap or messy and the central character is (or at least starts out) fairly different from run-of-the-mill action heroes. 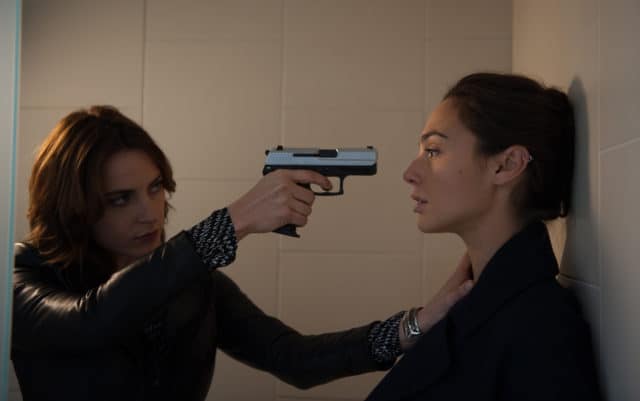 Summary: Criminal is about as generic as its title suggests, but the action is decent if unremarkable and the A-listers in the supporting cast help to prop it up.