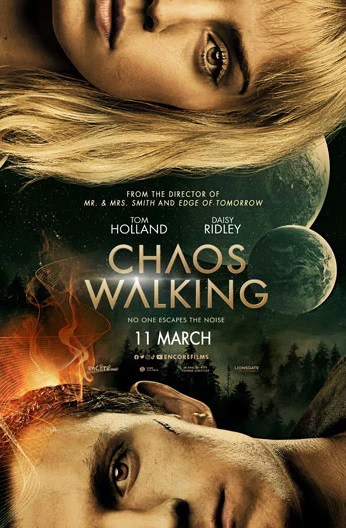 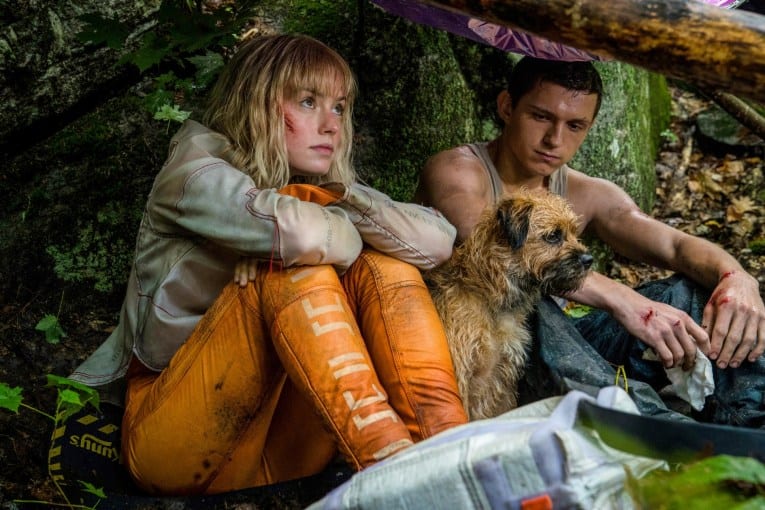 The Low-Down: In this Young Adult (YA) sci-fi adventure, the men are thinking out loud, and not in an Ed Sheeran way.

The Story: Todd Hewitt (Tom Holland) is a boy living in Prentisstown, a settlement on the planet New World. The planet creates a phenomenon whereby every thought a man has is rendered audible and visible as “Noise” – this does not affect women. There are no women left in Prentisstown, so when Todd meets Viola (Daisy Ridley), she is the first woman he’s ever seen. Viola has crash-landed on New World, having lived her whole life on a colony ship. Todd and Viola go on the run and are pursued by Prentisstown mayor David Prentiss (Mads Mikkelsen) and the mad preacher Aaron (David Oyelowo). 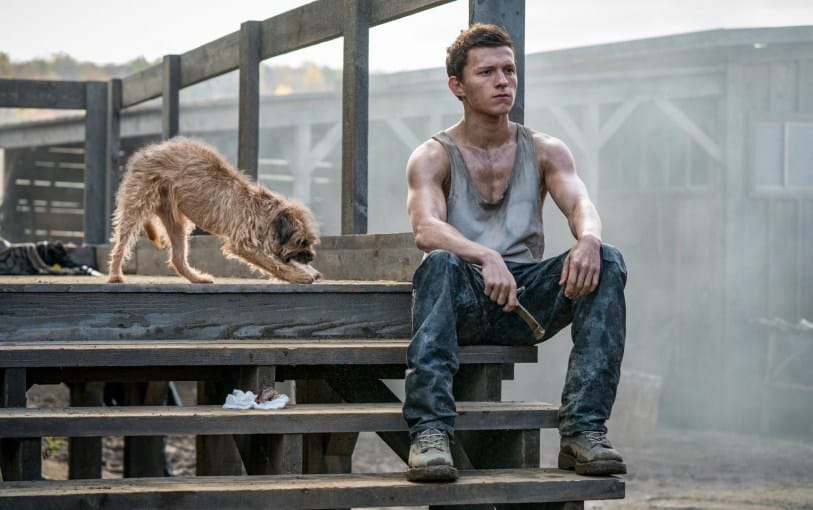 The Good: Chaos Walking is based on Patrick Ness’ novel The Knife of Never Letting Go. There are plenty of interesting ideas at play here, and there is the potential for an exploration into the societal roles of gender, and the organisation of societies, that is touched upon if not fully explored. The premise of one’s thoughts being aired out for all to hear is an inherently compelling one, and there is some tension to be mined from that, with characters struggling to mask their thoughts, to suppress their Noise.

The film is solidly cast. Both Tom Holland and Daisy Ridley are likeable here, with Holland playing a believably earnest young man, and Ridley as a frightened but resourceful survivor. Their respective characters in this film are not a million miles away from the big franchise characters they’re both best known for portraying. 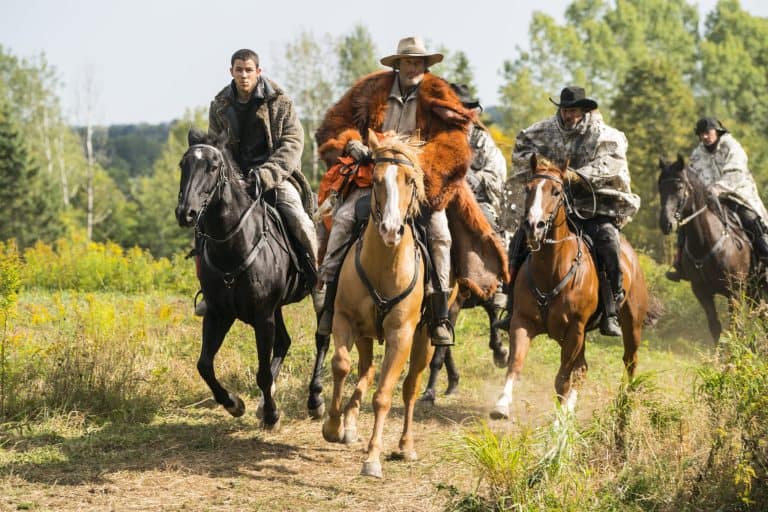 The supporting cast is strong too, with Mads Mikkelsen cutting an imposing figure, even if his humongous fur coat makes him look like he’s cosplaying as the bear from The Revenant. Demián Bichir is affecting with very little screen time as one of Todd’s two dads, while Cynthia Erivo is a commanding presence as the mayor of a distant settlement. Nick Jonas is suitably petulant as Prentiss’ son, who is jealous of Todd, whom Prentiss seems to favour over him.

The Not-So-Good: While the Noise might work conceptually on the page, the way it’s rendered in the movie is very awkward. Chaos Walking is at once dull and a sensory overload, as if by design. Most of the movie consists of reverb-heavy ADR lines, and it gets annoying after a while. This is the hook of the story, so there’s no getting away from it. 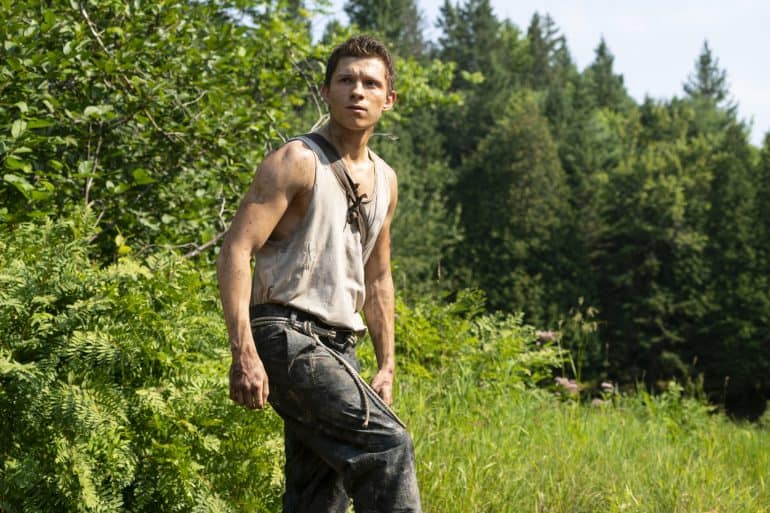 Ironically for a movie about characters’ inner lives, the characters in Chaos Walking all feel kind of flat and standard issue. The most interesting element to Todd is that he struggles with expectations of how masculinity must be performed, and of putting on a tough exterior. Meanwhile, Viola is little more than “the girl”. Both actors do what they can, it isn’t quite enough.

Most of the dialogue is exposition, and there’s a lot of table-setting. Even though this is a movie in which the protagonists are relentlessly pursued, it rarely feels dangerous enough. The stakes are ostensibly high, but the movie doesn’t seem terribly interested in them. While there is some humour to be derived from Todd’s awkwardness around the first woman he’s ever met, the movie is largely self-serious which means several moments – including a scene in which a naked Todd wrestles a snakelike beast in a lake – are unintentionally funny. 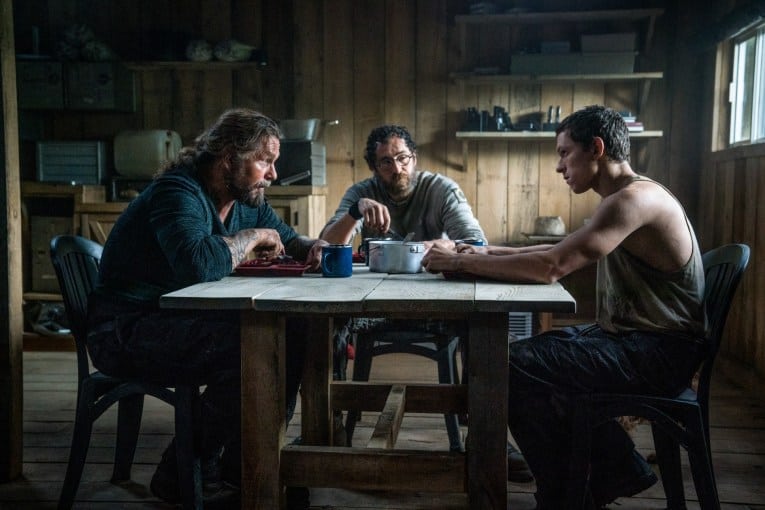 Visually, Chaos Walking is patently uninteresting. Mostly filmed in forests in Québec, the movie is going for a frontier-style aesthetic with the horses, log cabins and fur coats. It’s not that this idiom can’t work in a sci-fi setting, but the movie just doesn’t feel sufficiently dynamic or engaging, and it’s easy to forget that New World isn’t just earth. 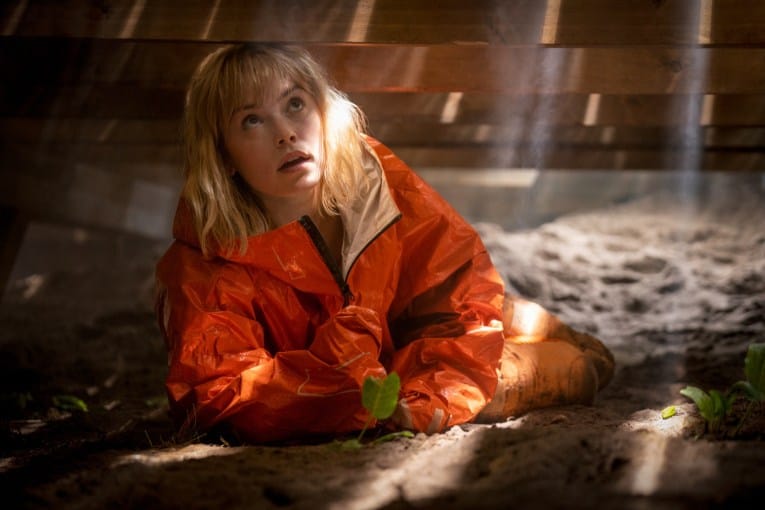 A chaotic walk to the screen: Anyone who’s followed the news of the movie’s development knows that it’s been a tumultuous process. The movie was announced in 2011, just before the height of the dystopian YA adaptation craze (the first Hunger Games movie opened in 2012), and after multiple writers took a crack at the script, director Doug Liman began principal photography on the movie in 2017. By this time, audiences have largely lost interest in Hunger Games-adjacent properties: the final film in the Divergent series didn’t even get made.

An early cut of Chaos Walking was deemed “unreleasable” by Lionsgate executives, an adjective that is and will continue to be an albatross around this movie’s neck. Ness was brought on board to write the reshoots, but scheduling proved difficult because both Holland and Ridley were busy with other films.

Recommended? Not really. It’s far from the outright disaster that the troubled production might indicate but is too generic to revive the flagging dystopian YA adaptation genre.