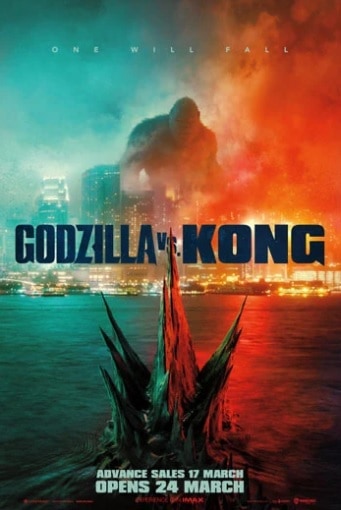 The Low-Down: In 1962, two of cinema’s defining monsters faced off in King Kong vs Godzilla. 59 years later, it’s time for a rematch, in the form of the fourth film in the Monsterverse.

The Story: Kong is living on Skull Island, where he has formed a bond with young orphan Jia (Kaylee Hottle), who communicates with Kong via sign language. Jia’s adoptive mother is researcher Dr Ilene Andrews (Rebecca Hall), who has been monitoring Kong for years. Geologist Dr Nathan Lind (Alexander Skarsgård) discovers a way to access the hollow earth, the speculated origin of Kong, Godzilla and the other Titans. As part of an expedition funded by Walter Simmons (Demián Bichir), the CEO of tech company Apex Cybernetics, Ilene, Nathan and Jia and Walter’s daughter Maia (Eiza González) accompany Kong to the access point of the hollow earth. Kong’s presence attracts Godzilla, who has suddenly turned aggressive towards humans despite having been thought of as a defender. In the meantime, Madison (Millie Bobby Brown), daughter of Monarch director Mark Russell (Kyle Chandler), alongside her friend Josh (Julian Dennison) Apex technician Bernie (Bryan Tyree Henry) embarks on a mission to unearth a conspiracy at the corporation.

The Good: Godzilla vs Kong is delightfully bonkers, leaning fully into the ridiculousness of its premise, and dropping all pretence of being grounded or realistic. It’s an entertaining ride made by people who clearly love the Kaiju genre, and want to deliver an exciting, spectacle-heavy, example of that genre. Director Adam Wingard and cinematographer Ben Seresin make this a colourful, visually exciting movie, especially after the immediate predecessor, Godzilla: King of the Monsters, was criticised for looking visually muddy. In some ways, this movie harks back to the Heisei Era of Godzilla movies, nicknamed the “Vs series”. It also harks back to goofy 50s-60s Hollywood sci-fi adventure movies, like Journey to the Centre of the Earth (1959). Characters fly around in nifty little crafts called Hollow Earth Aerial Vehicles, and one can imagine a great motion simulator theme park ride centred on those. There’s more than a little Pacific Rim influence here too, especially in the Hong Kong battle.

Leaning more heavily into sci-fi than the previous films in this continuity, Godzilla vs Kong contains a literal journey to the centre of the earth and is an ode to absurdly impractical infrastructure projects. It’s only fitting given the sheer size of its two stars. The character animation on both Kong and Godzilla is excellent; the physicality and expressiveness of both monsters conveyed well. Kong, having become more grizzled in the 50 years since the events of Kong: Skull Island, has plenty of personality, and is easy to relate to when he just stands around and sighs, or gets tired after a fight and must lie down. The fight scenes between them are grand and well-choreographed, and if it’s big-budget monster fights you’re after, this movie has you covered.

The Not-So-Good: If Godzilla (2014) was too self-serious, then Godzilla vs Kong is sometimes too silly for its own good. Many moments strain credulity, and there is a level of “just go with it”-ness that Wingard sometimes struggles to sustain. There are several huge leaps of faith that are demanded of the audience, and one’s willingness to take those leaps will vary. While there are some surprises, the plot is predictable, and many fans have already called the outcome of the battle between Godzilla and Kong, which some might feel is at least a bit of a cop out. As satisfying as the spectacle is, the story can’t quite support it – and this is going by monster movie standards. 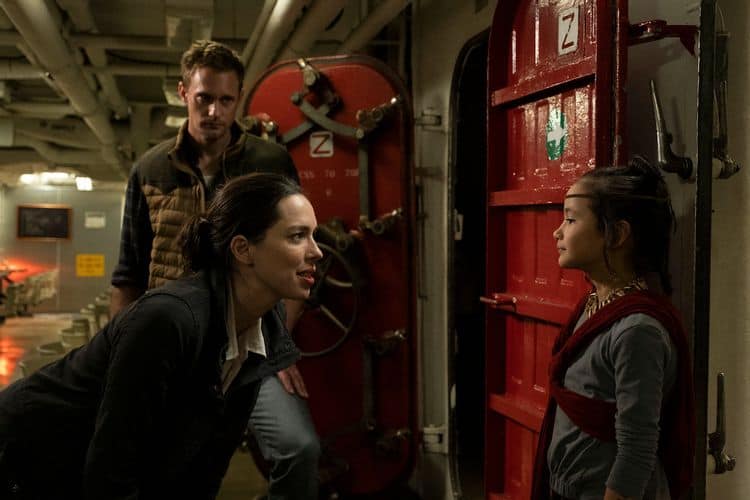 Puny humans: Every Kaiju movie fan’s favourite pastime is complaining about the human characters, who are meant to be our way into the story, but more often than not get in the way of the monsters punching each other. There are two main human plots here: all the stuff with Skarsgård’s geologist, Hall’s Kong behaviourist and Hottle’s endearing magical girl who can talk to Kong generally works. 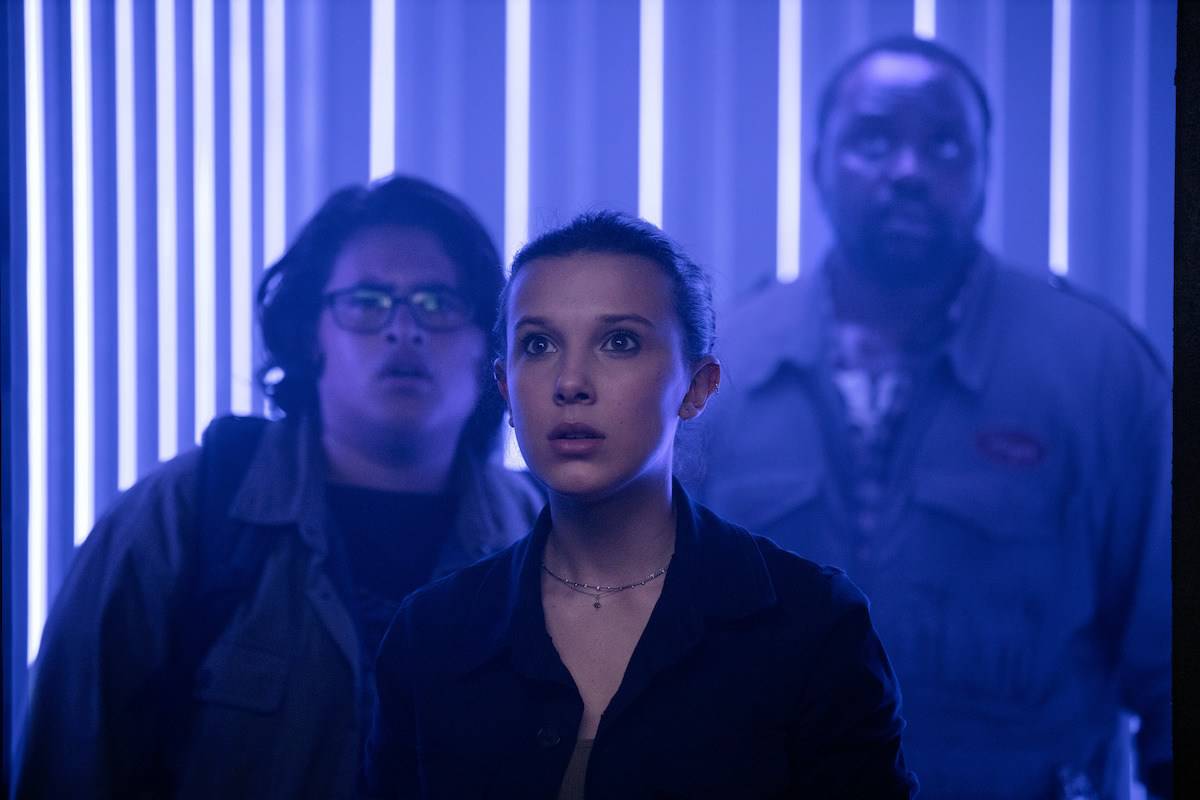 The other human plot, with Brown’s Emma returning from the previous movie and joined by Dennison as Emma’s friend and Henry as a hyperactive conspiracy theorist podcast host, generally doesn’t. The normally excellent Henry is grating here, directed to play an over-the-top comic relief character and given a succession of unfunny lines. Most of the film’s least convincing moments involve these characters, and each time the movie cut back to them, groans from the audience were audible.

Caught in between are Demián Bichir and Eiza González as a father-daughter team who possibly have ulterior motives. They put in unsubtle but enjoyable turns.

(Not) just the two of us: The Monsterverse has given us interpretations of major Kaiju from the Godzilla mythos, and by now, audiences expect that at least one other monster will show up in a Godzilla movie. Kong does that here, but does anyone else make an appearance? Some of the marketing has spoiled a surprise or two, and while this movie doesn’t lack for spectacle, this reviewer found himself missing the well-defined, iconic creatures whom Kong fought or teamed up with in King of the Monsters.

Recommended? Yes. Godzilla vs Kong is sometimes too goofy for its own good but is ultimately an entertaining romp that should be enjoyed on the biggest screen possible.