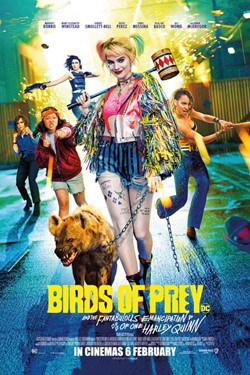 The Low-Down: The DC Extended Universe has had its ups and downs. While the franchise has its ardent supporters, moviegoers at large have decided that in the cinematic battle between the two big boys in comics, the Marvel Cinematic Universe has emerged victorious. DC’s not going to take that lying down, and as the DCEU heads towards each of the movies being more of their own thing instead of having the close interconnectivity that was originally planned, there’s the opportunity for some exciting alchemy. Birds of Prey (And the Fantabulous Emancipation of One Harley Quinn) is one such opportunity. 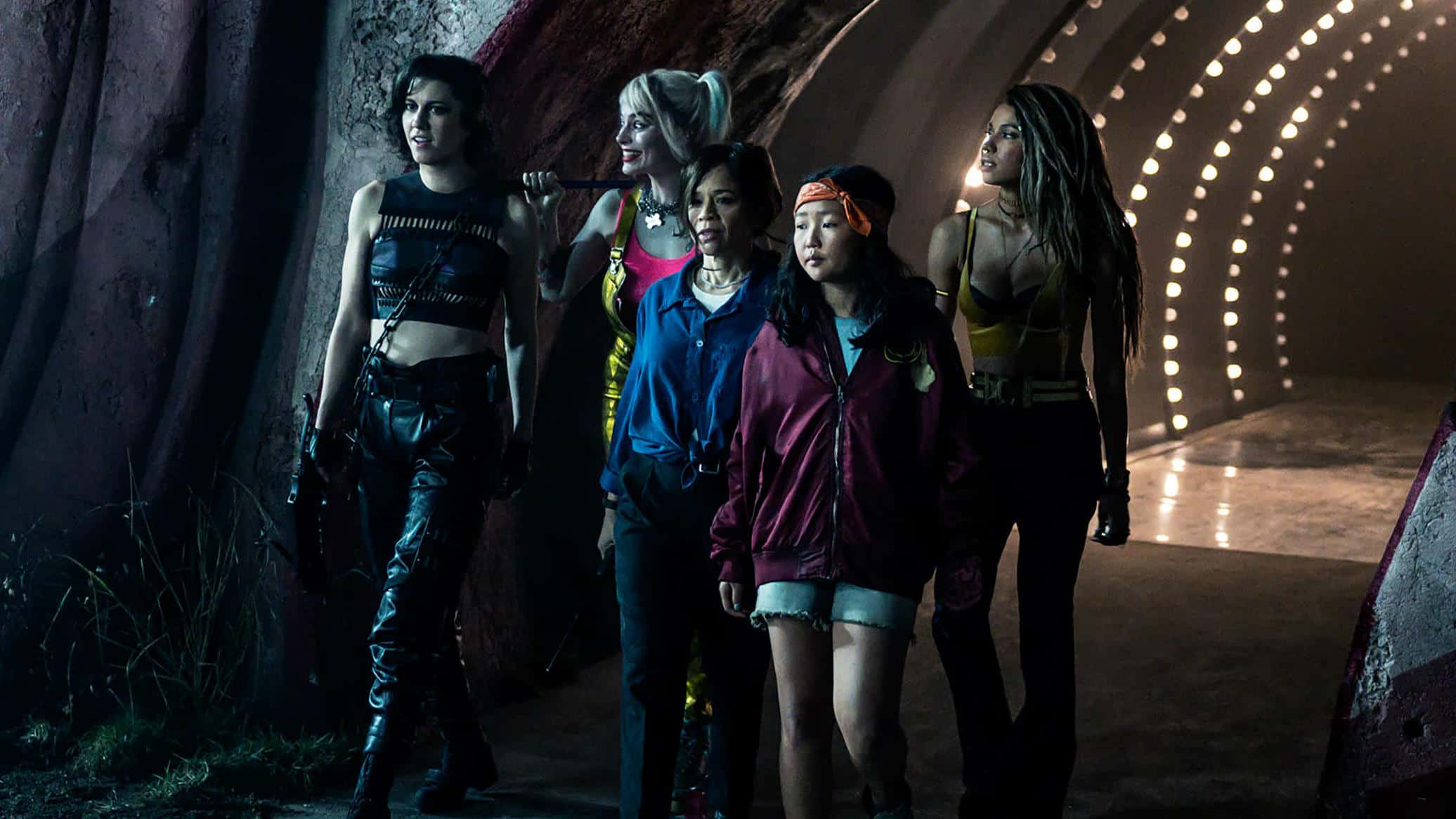 The Story: Harley Quinn/Harleen Quinzel (Margot Robbie) has struck out on her own and left the Joker – for good, as she tells herself. On a mission of reinvention, Harley finds herself in the crosshairs of mob boss and nightclub proprietor Roman Sionis (Ewan McGregor). Sionis is after Cassandra Cain (Ella Jay Basco), a young pickpocket who has stolen something priceless from him. Also caught in the mix are vengeful mafia daughter Helena Bertinelli/Huntress (Mary Elizabeth Winstead), nightclub singer-turned Sionis’ driver Dinah Lance/Black Canary (Jurnee Smollett-Bell) and Gotham City Police detective Renee Montoya (Rosie Perez), who wants to bring Sionis to justice. These colourful characters collide on the battleground that is Gotham City as Harley brings her signature blend of chaos to the proceedings.

The Good: Birds of Prey knows and embraces what it is. This is a very smart adaptation – screenwriter Christina Hodson, working closely with Robbie (who also produced the film), changes a lot from the comics but also combines the pieces in a way that works. The character of Harley Quinn is not a member of the Birds of Prey, and interestingly, the film doesn’t try to make her a member of the team – she’s narrating their origin story. Harley is an unreliable narrator, which gives the film license to mess around with the structure, rewinding and fast-forwarding as Harley gives telling the story her best shot. Director Cathy Yan has style to spare, and unlike several earlier DCEU movies, this isn’t one that feels like it has been obviously been meddled with by studio executives.

Birds of Prey is messy, but it’s messy in a way that feels natural. Robbie has only played Harley Quinn once before, yet displays such ownership of the character, understanding and embodying her in a way that demonstrates her investment in the character and the source material. The fear that many DC Comics fans had going in was that Robbie had turned a Birds of Prey movie into a Harley Quinn movie – this movie feels like a Harley Quinn movie that has collided with a Birds of Prey movie in a “You got your peanut butter on my chocolate!”/”You got your chocolate in my peanut butter!” way. 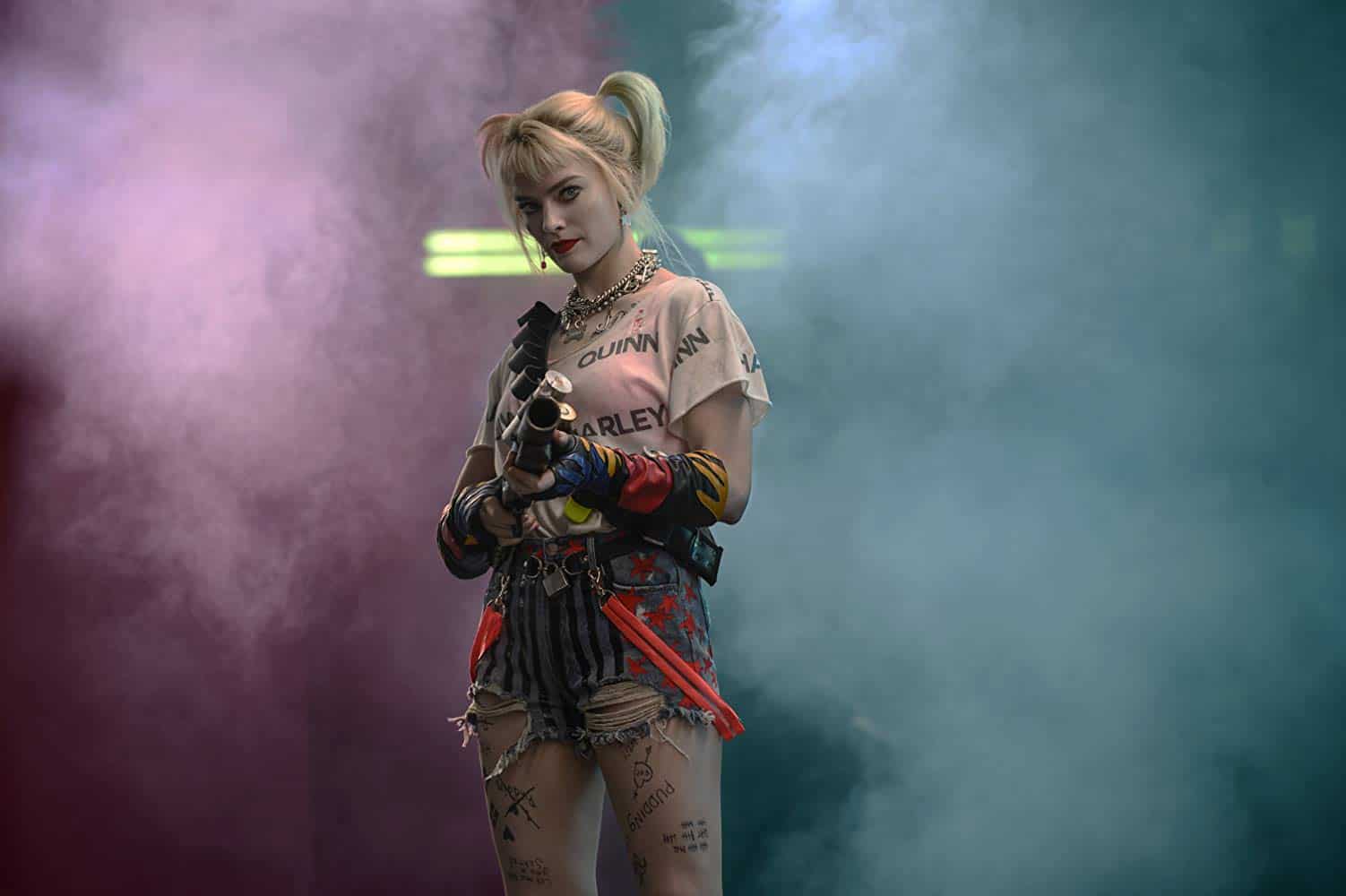 The Not-So-Good: The movie’s messiness may work for some more than it does for others. The device of Harley as unreliable narrator means that what should be a straightforward narrative is sometimes unnecessarily complicated. The movie must cover multiple back-stories and does so efficiently, but it can still sometimes feel like it’s spreading itself too thin, the way other comic book hero team-up movies sometimes do. 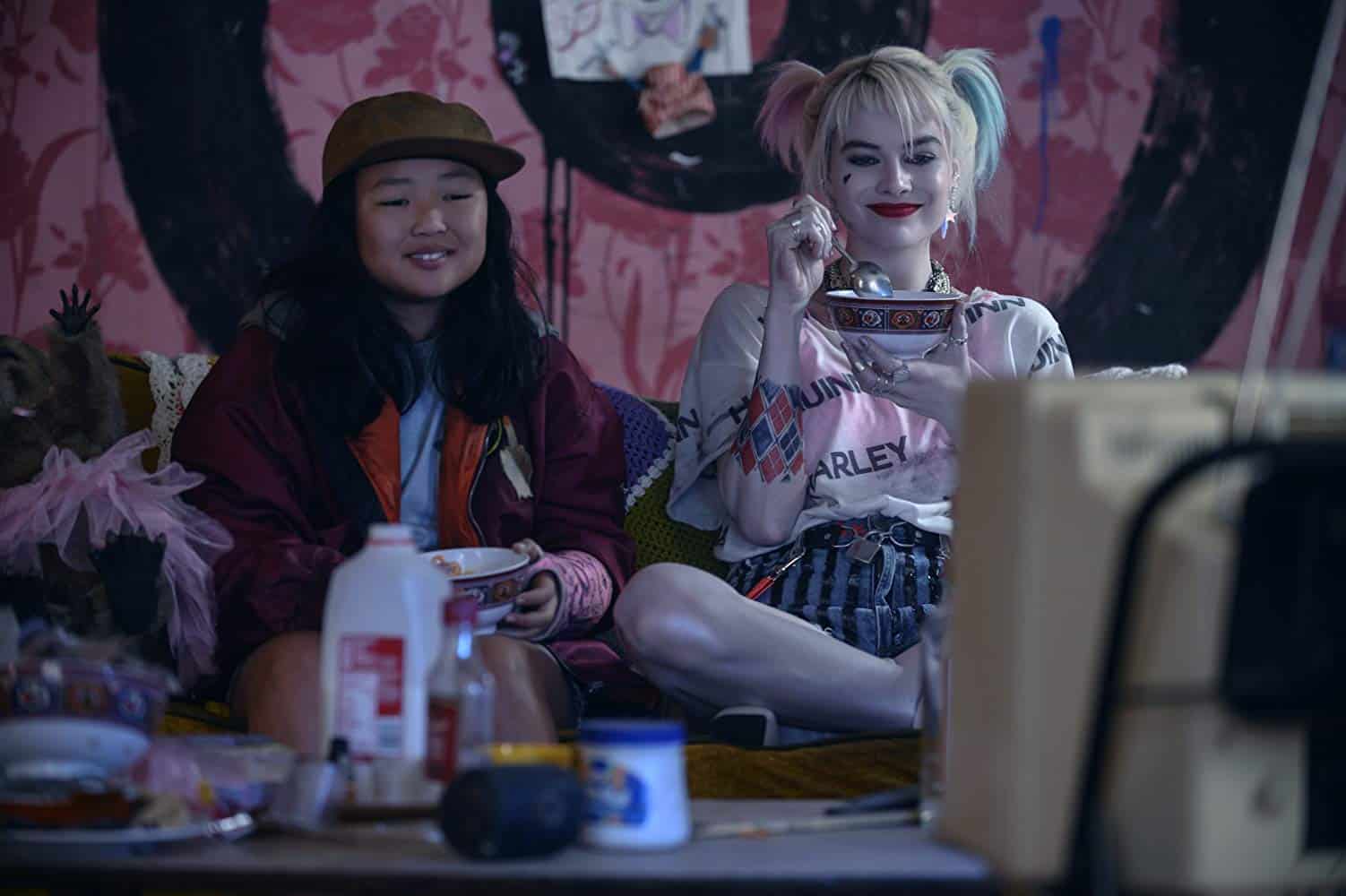 Some deviations from the source material can be difficult to be come to terms with – Barbara Gordon/Batgirl/Oracle is often instrumental in forming the Birds of Prey but is entirely absent here. Harley has just one pet hyena because it was too expensive to animate two – not a big deal. The biggest change from the comics is the character of Cassandra Cain, and this doesn’t quite work. The character bears almost no similarities to her namesake from the comics, who was a mute, deadly daughter of assassins who eventually became Batgirl. This iteration of Cassandra has more in common with Catwoman supporting character Holly Robinson. None of this is Ella Jay Basco’s fault – she plays the mouthy kid with enough attitude and is often entertaining in the role – but it is frustrating that there technically is a Batgirl in a Birds of Prey movie, just not the right one. 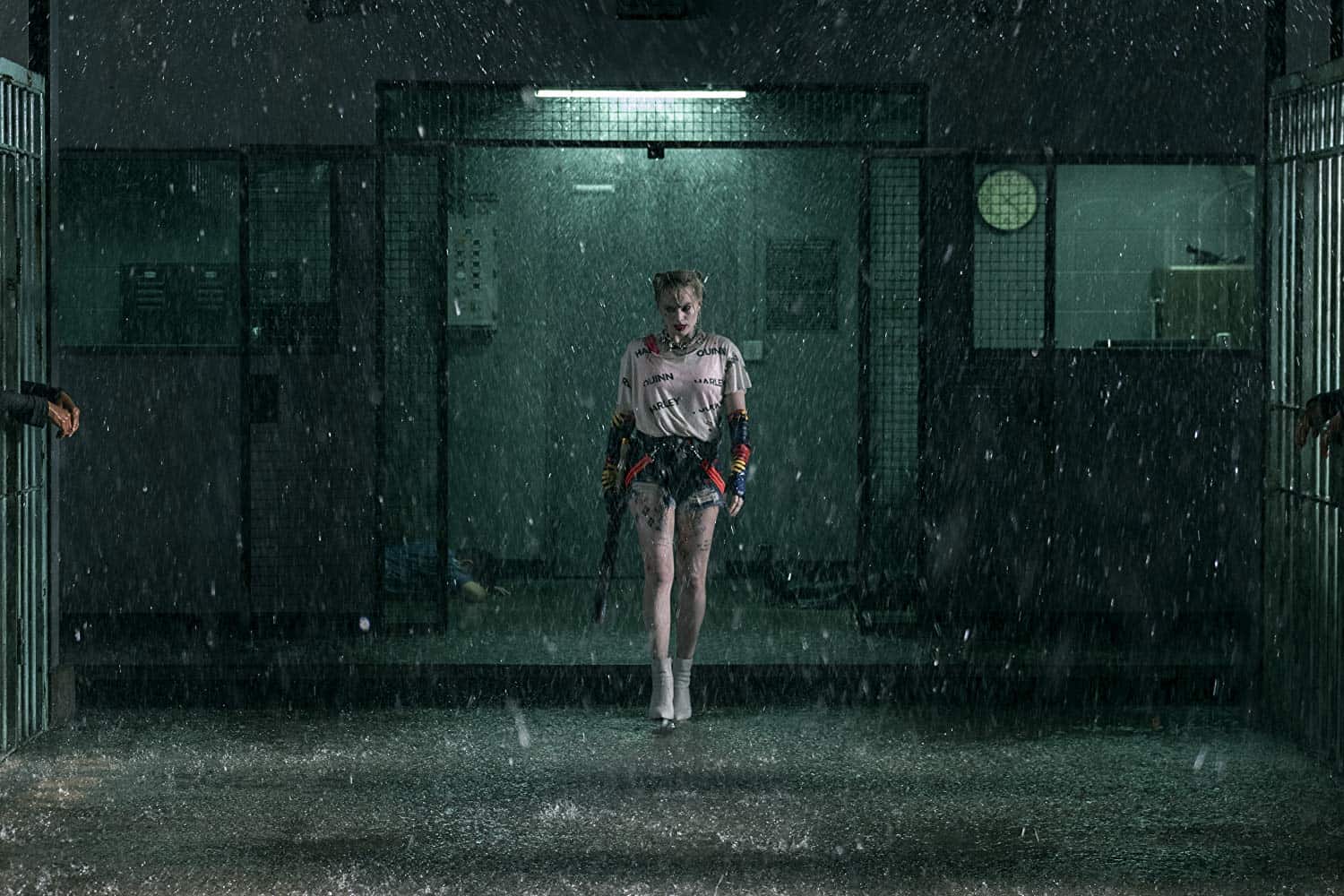 Flocking Together: Margot Robbie is a great Harley. This movie further explores the characters flaws and her desire to be a part of something bigger. That something might not necessarily be the Birds of Prey, but it is fun to watch her pop in and interact with the team just as it is forming. 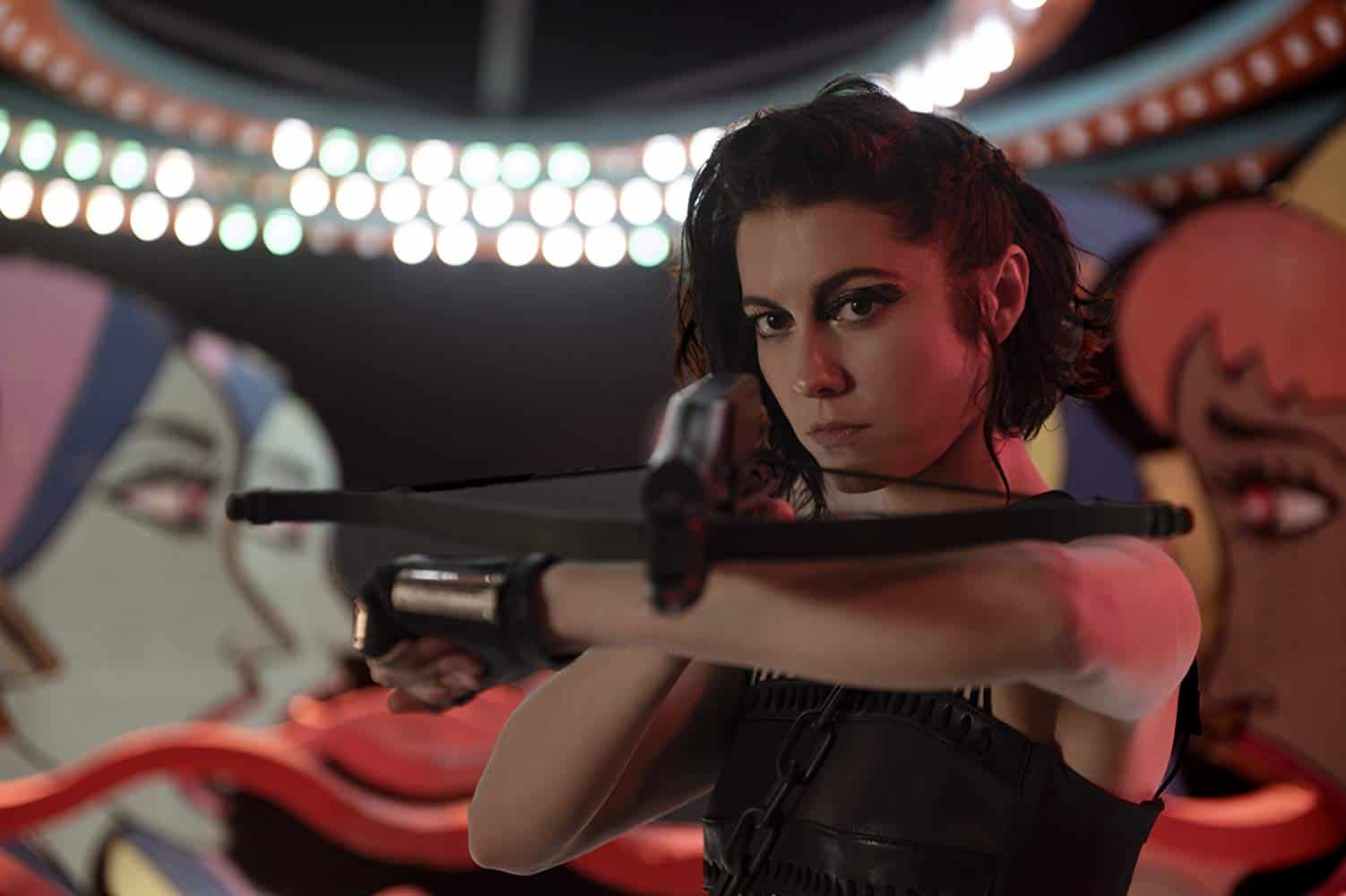 Mary Elizabeth Winstead is outstanding as Huntress – the crossbow-fu is dazzling stuff and she manages to be both formidable and endearing. After the brutal murder of her family at the hands of a rival mob, Helena trained to be an assassin and as such has no social skills to speak of. Winstead plays both the icy killer and the awkward member of the friend group equally well. 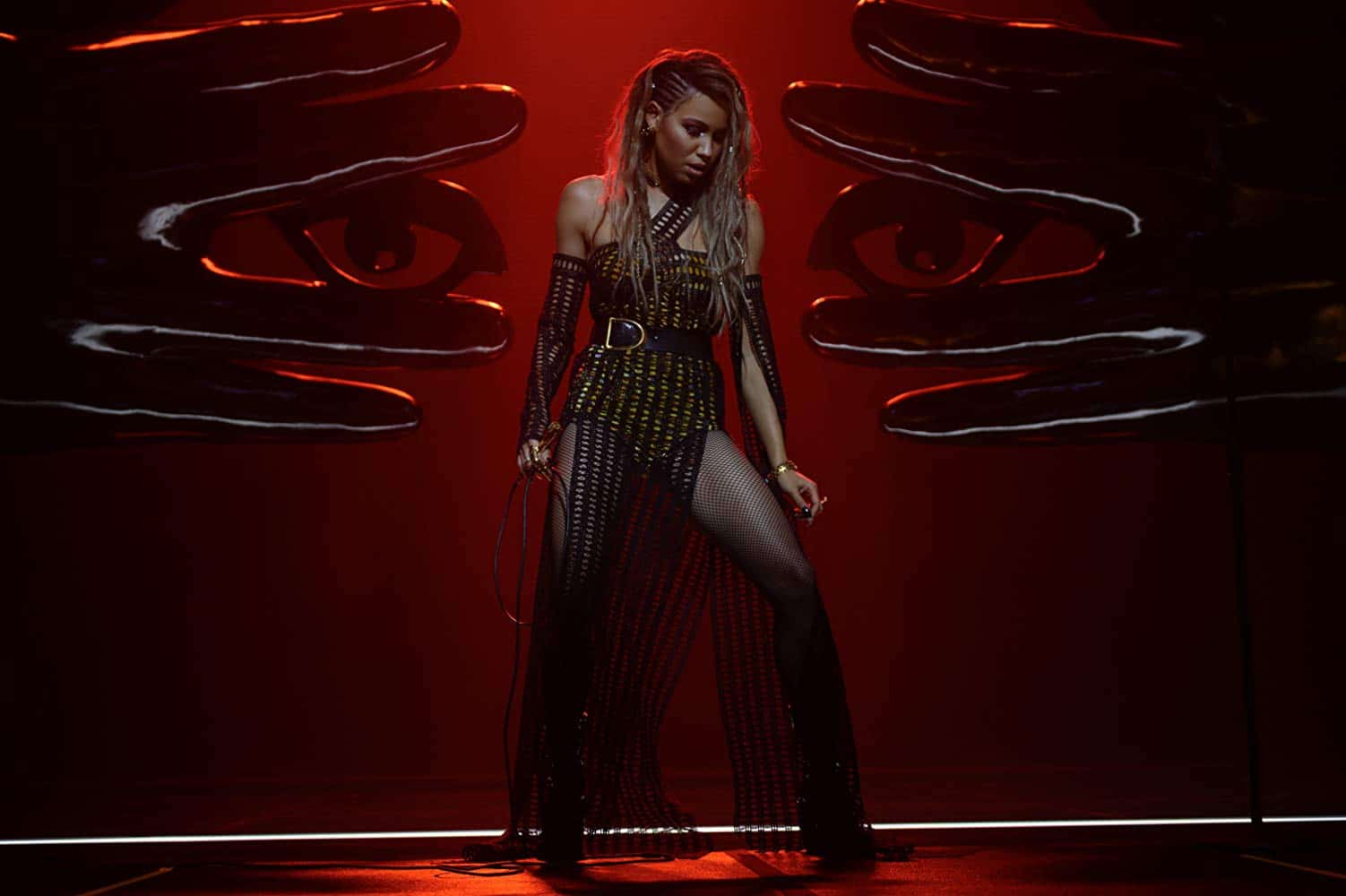 Jurnee Smollett-Bell’s Black Canary is a riveting character – she’s trying to get out from under the thumb of Roman Sionis and is suppressing a power that she doesn’t quite know how to use. In the comics, Black Canary is an expert martial artist who favours kicking, and there’s quite a lot of that here. 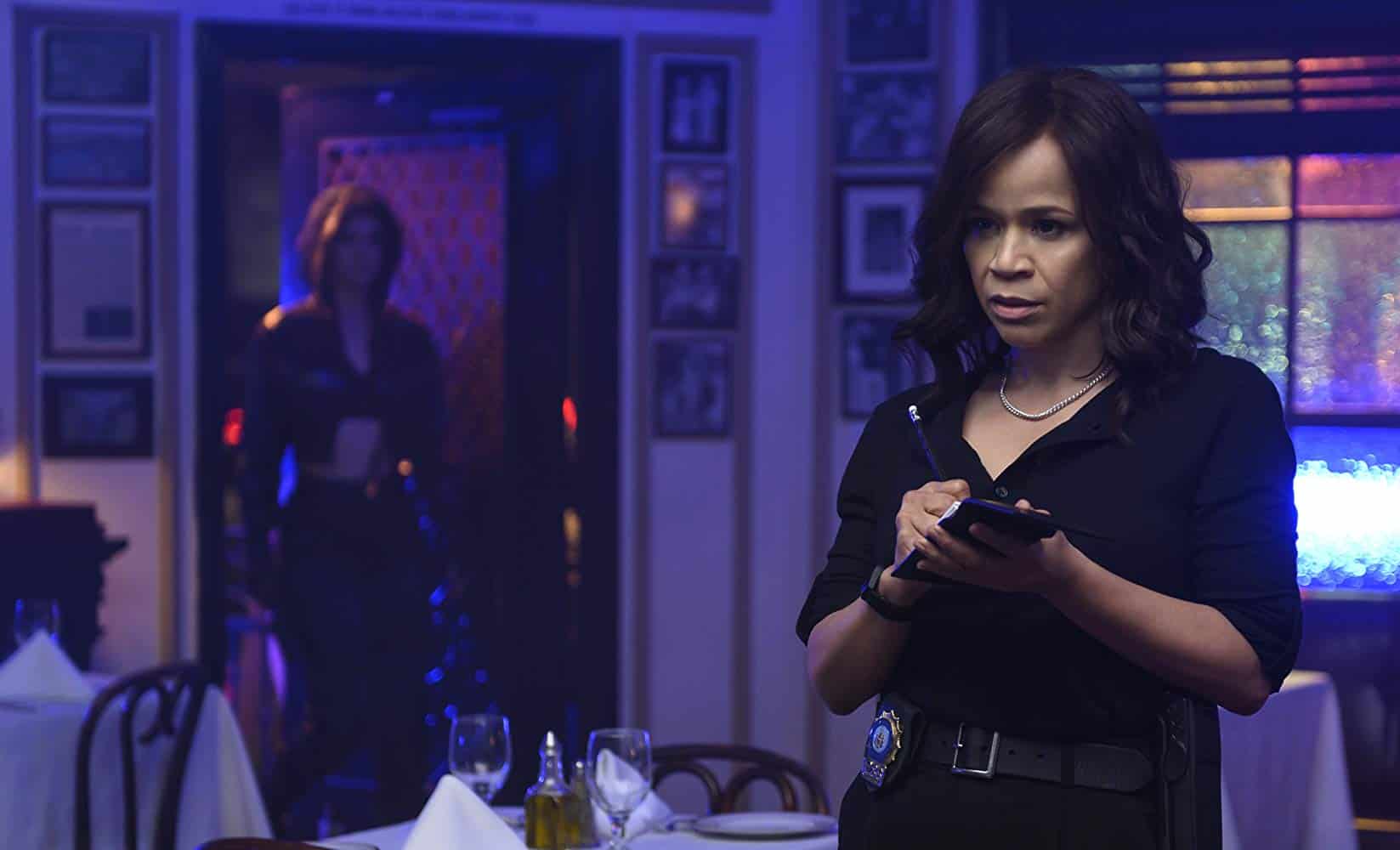 Rosie Perez’s Renee Montoya is meant to be a cliché, a hard-drinking, one-liner-dispensing caricature of a tough cop from an 80s movie, which she pulls off well.

Ewan McGregor is having the time of his life. He’s over-the-top and goofy but also suitably intimidating and unhinged. Chris Messina’s Victor Zsasz is Sionis’ creepy, sycophantic lackey and they both play off each other well. Each time McGregor enters a scene, there’s the sense that he will not leave until he has stolen the show. 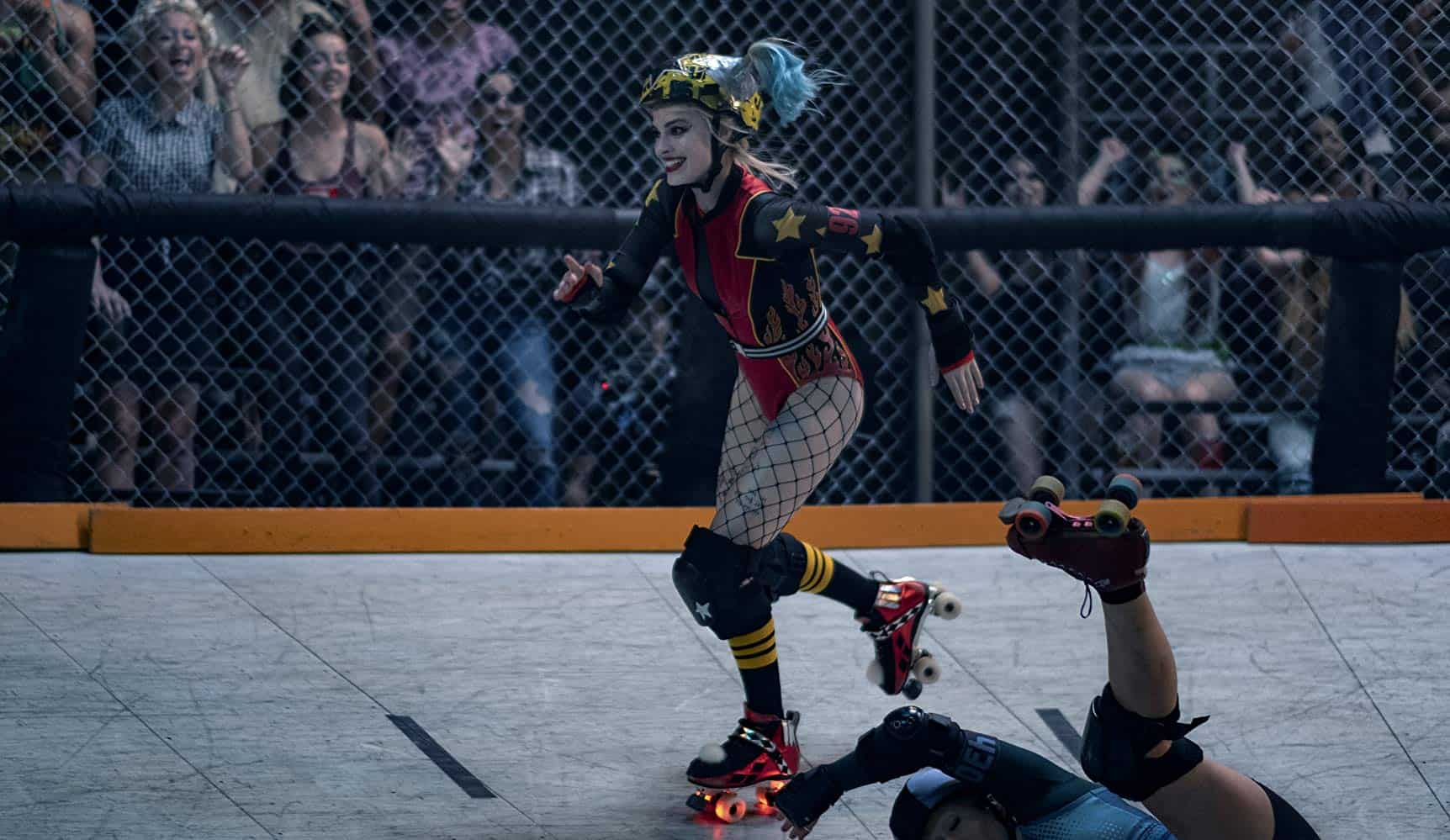 Flying into action: The film boasts some of the best action sequences of any DCEU film yet. The integration of gymnastics into Harley’s fights is done exceedingly well. The fights are stylised but also feel tactile – prepare to wince as many, many bones get broken with a loud crunch. There’s a motorbike-roller skates-car chase that is beautifully executed, and as mentioned above, all the crossbow stuff is impressive. Stunt coordinators Jonathan Eusebio and Chad Stahelski of 87Eleven Action Design craft many enjoyable action sequences that while not as slick as what might be seen in a John Wick movie, do fit the overall feel of the film.