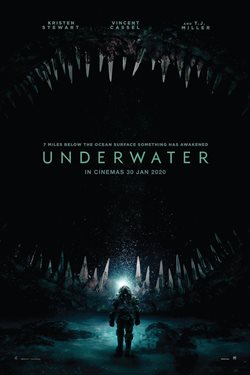 The Low-Down: Genre movie aficionados remember 1989 as the year of the aquatic horror movie: upon learning that James Cameron’s next project would be a deep-sea sci-fi movie, other studios scrambled to make their ‘Aliens but underwater’, even if that’s not what The Abyss ultimately ended up being. That’s how we ended up with DeepStar Six, The Evil Below, Lords of the Deep, and The Rift/Endless Descent all being released in 1989. 31 years later comes Underwater, a movie that does feel like it could have fit in with those, even if it is better (and feels more expensive) than most of them. 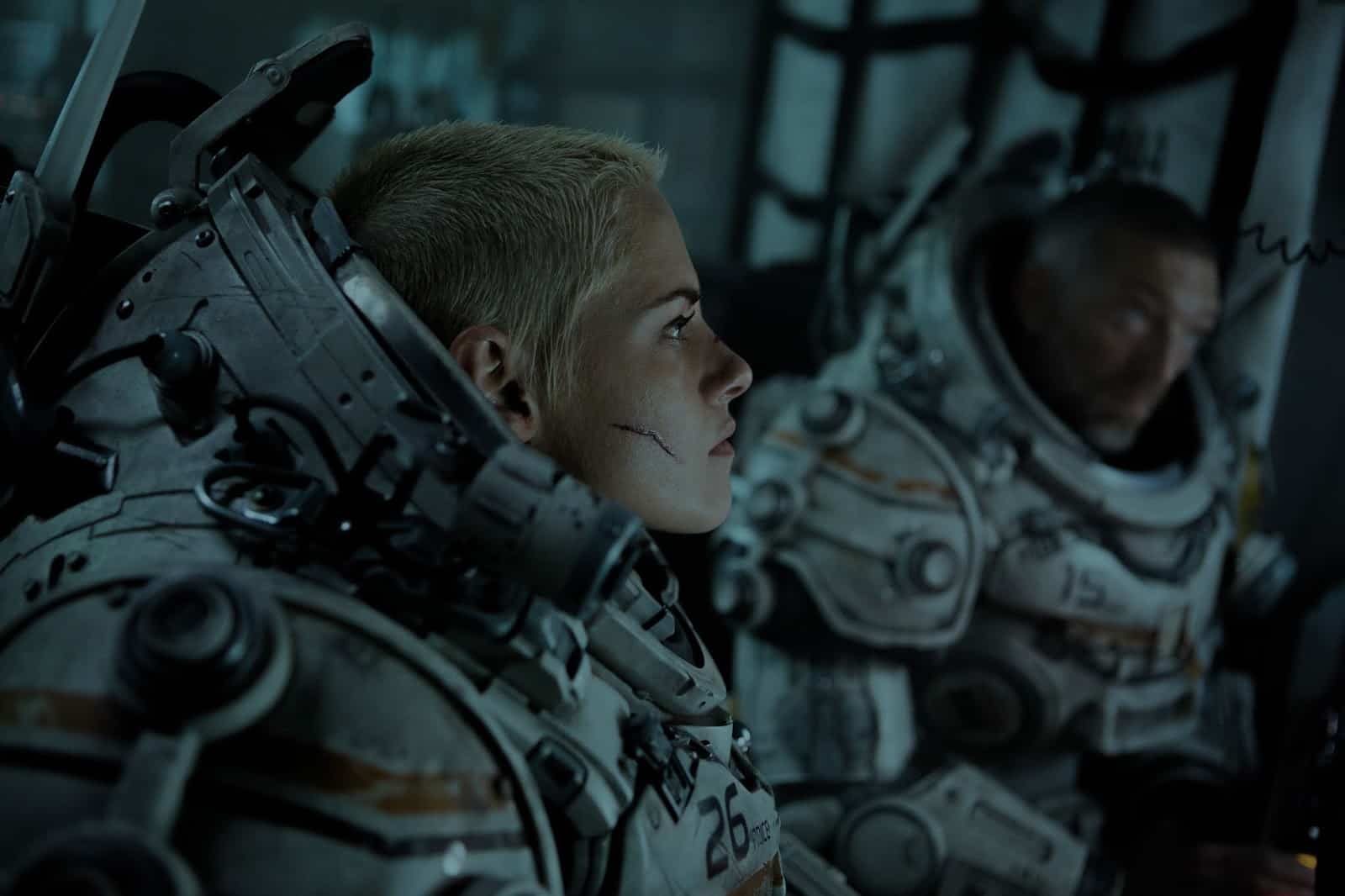 The Story: It is the year 2050. Tian Industries’ Kepler 822 station sits at the bottom of the ocean and is one of the outposts the company is using to drill 11 km into the seabed for natural resources. When a catastrophic failure of the rig happens, mechanical engineer Norah Price (Kristen Stewart), systems manager Rodrigo Nagenda (Mamoudou Athie), biologist Emily Haversham (Jessica Henwick), engineer Liam Smith (John Gallagher Jr.), comic relief guy Paul Abel (T.J. Miller) and Captain Lucien (Vincent Cassel) appear to be the sole survivors. They band together to attempt to walk across the seabed in pressurised diving suits, to get to Roebuck Station, where they will take the escape pods to the surface. The horrifying something-or-other that caused the initial destruction of the Kepler station menaces our heroes as they try to escape said something-or-other’s tentacled grasp. 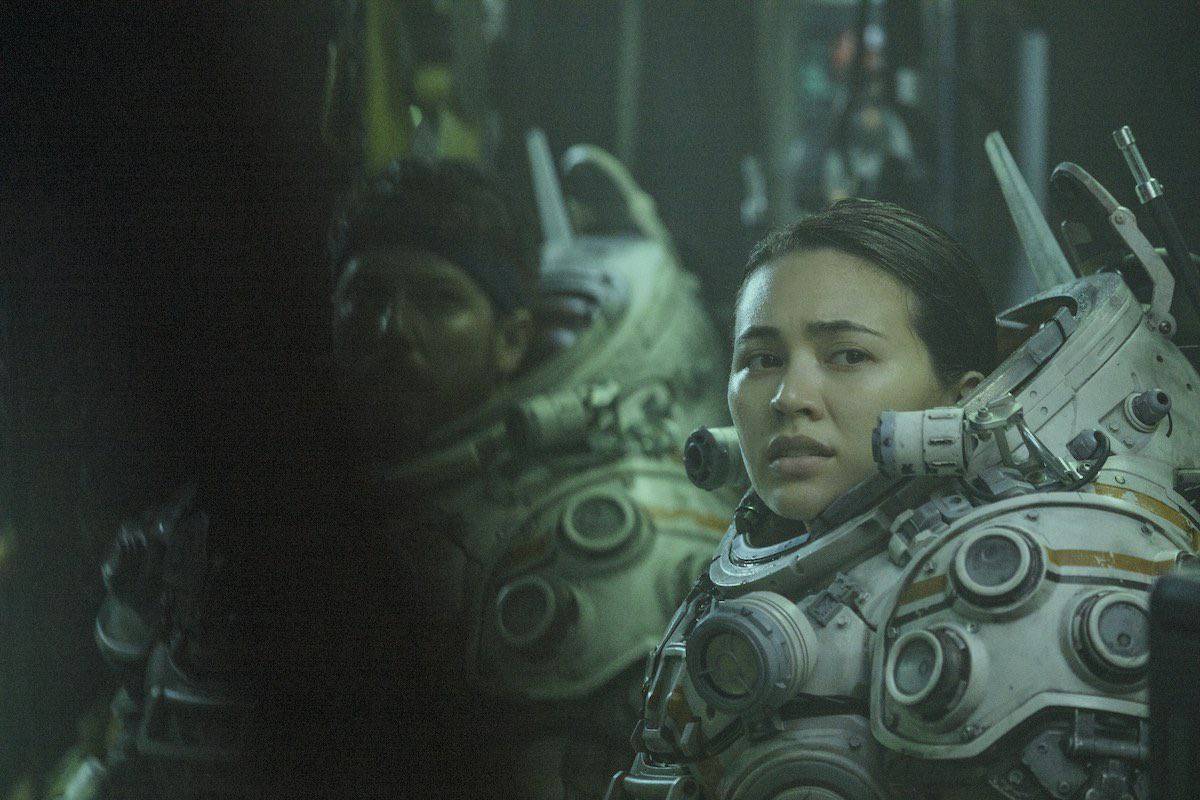 The Good: This is a theme park ride. There’s no story to speak of and you don’t have to know too much about the characters beyond wanting them to not die. Underwater is heavy on the claustrophobic thrills – director William Eubank pays great attention to detail and does a good job of making sure the physical environments feel credible even when things get fantastical, as they must. In other words, the theming is meticulous, and you get the feeling of being in a ride queue at Disney World admiring the weathering on the railings.

Kristen Stewart is good in the lead role – it’s clear the filmmakers had “young Sigourney Weaver/Jamie Lee Curtis-type” scribbled in the margins of the screenplay and Stewart fulfils this. Yes, there is some objectification going on since Stewart runs around in her underwear a lot, but the role does not feel conventionally ‘Hollywood’ sexualised – she sports a blonde buzzcut and wears glasses, with Stewart saying that shaving her head was her decision because it made it easier to take the diving helmets on and off.

The rest of the cast takes this all seriously enough, with Jessica Henwick being a standout. The character who’s afraid but goes through with it anyway and is encouraged along in their ordeal by the other characters is one of this reviewer’s favourite action/horror movie archetypes and this is something which Henwick plays convincingly. No one was having a fun time making this, so respect to the cast for suffering for their art. 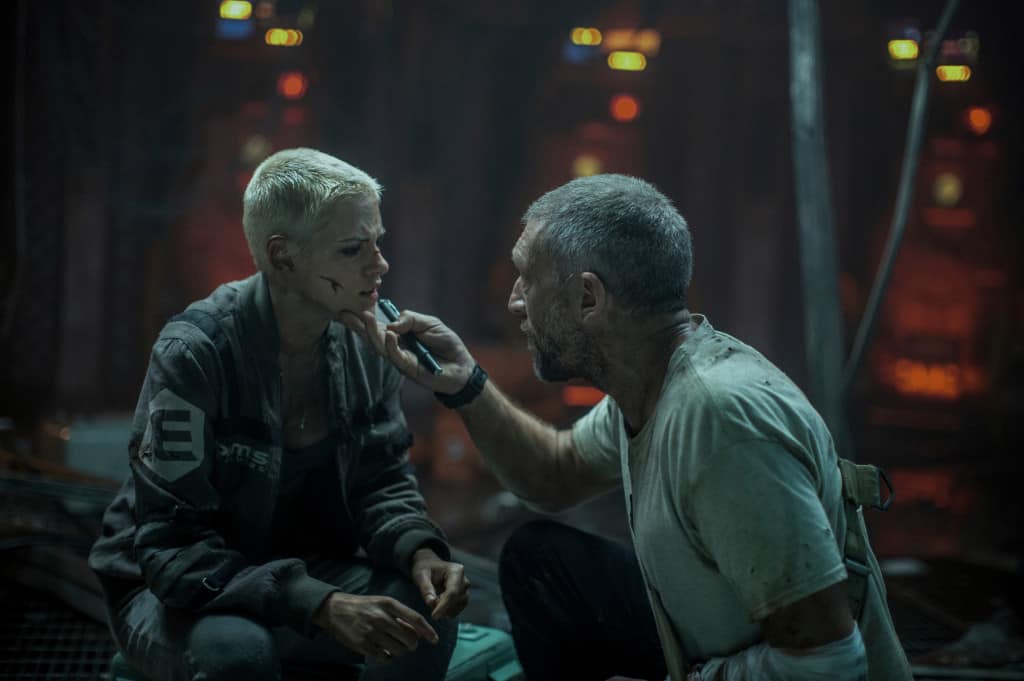 The Not-So-Good: Most negative reviews of Underwater have called it “derivative”, which it absolutely is. While the design elements and Eubank’s direction go a good way to making this immersive, the textbook action-horror elements are recognisable from a mile away and do pull one out of it. The first main-ish character to die is a laughably predictable choice, and after this happens, one wonders just how many clichés Underwater will adhere to (answer: a lot). You could cut and paste the exact same formula, set it in space instead of at the bottom of the ocean, and it would play the same way. In fact, a movie like that already exists: 2017’s Life. A lot of the dialogue feels canned and one character even gets a badass 80s action movie hero one-liner before doing something cool and heroic.

T.J. Miller is playing a T.J. Miller type. This is not necessarily the film’s fault, but between when Underwater was shot in 2017 and when it is finally being released, T.J. Miller has been the subject of sexual assault and work misconduct allegations, and then made a false bomb threat on an Amtrak train. It is speculated that his involvement in the film is part of why it is being released in January, commonly thought of as ‘dump month’ for studios, when Underwater has all the makings of a late-summer release. Miller is not bad in the film, but it’s just the same performance he gives in everything else.

The film’s moral, insofar as there is one, feels kind of tacked on – “if you take from Mother Nature, she will lash out”

Suits to dive for: The Poseidon dive suits are the coolest thing about this and are created by Legacy Effects, which has worked on multiple Marvel Cinematic Universe films. Films set in and around water generally make for unpleasant shoots, and the addition of the suits must have been nigh-unbearable for the actors. Stewart said in an interview that the suit weighs 63 kg and she weighs 50 kg.

Recommended? Yes, if you’re into action/horror and want to watch an undemanding, well-made B-movie.