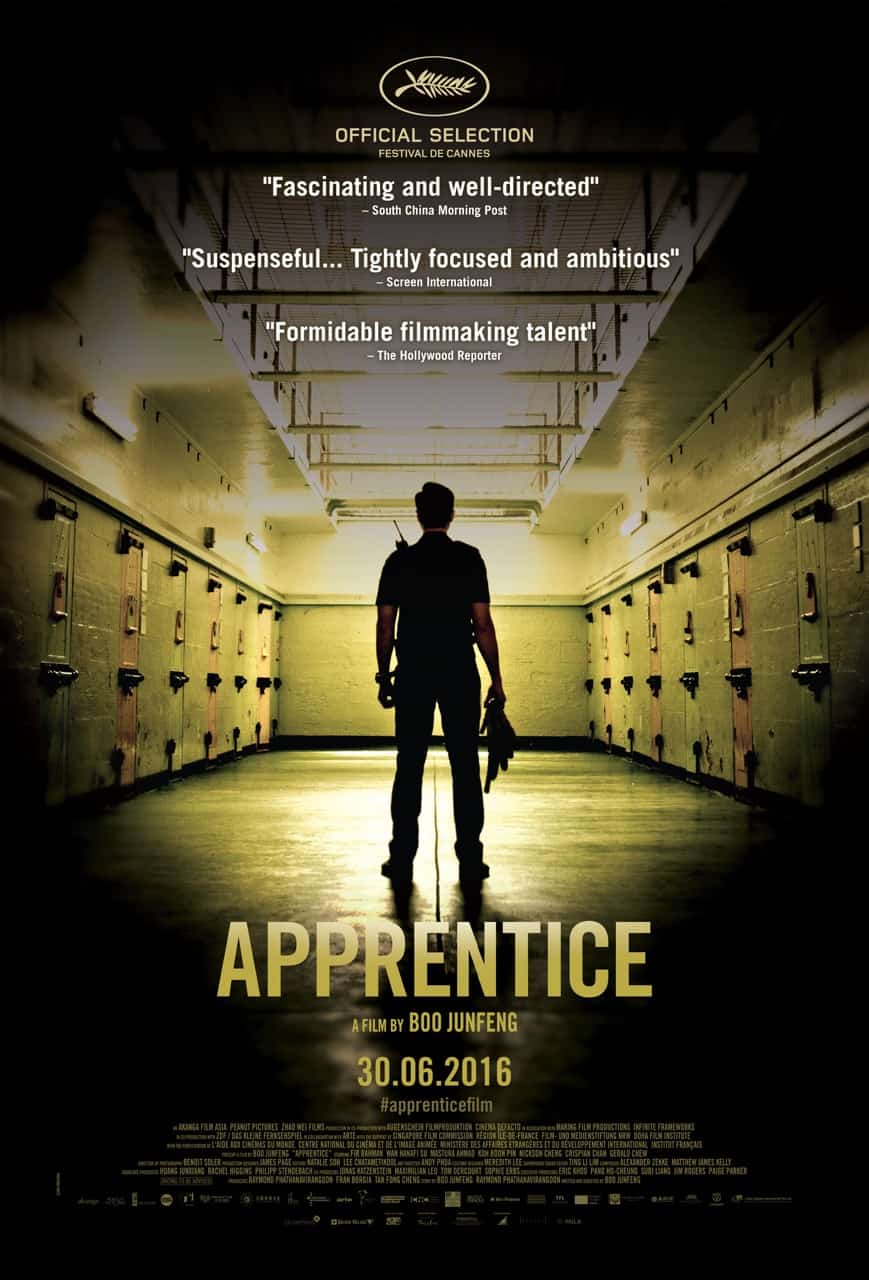 For too long, Singapore has been known to ignorant Westerners as ‘that place which doesn’t allow chewing gum’. We’ve got to be the only country in the world whose calling-card is an obscure clause of its penal code. If Boo Junfeng’s second feature film Apprentice gets the release and coverage it deserves, however, there’s a chance Singapore will come to be known as ‘that place with the film about the death penalty’. Well, among movie buffs at least. But believe this reviewer when he says that Apprentice is a milestone for local cinema, not just because of its controversial subject matter, but also because of the way it rises above the controversy to become a tour de force in itself. 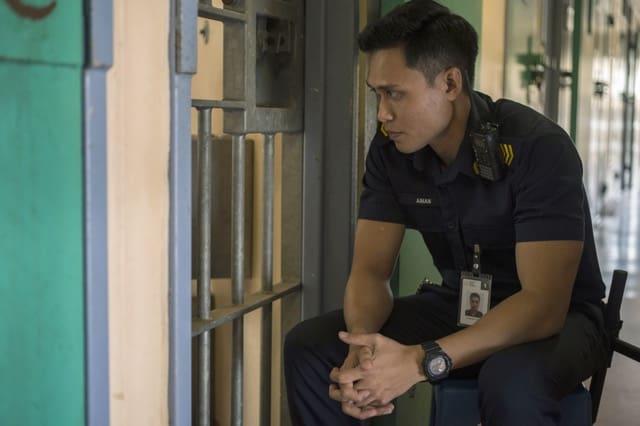 Our unusually robust justice system has come under fire repeatedly for making homosexuality illegal and caning ‘artistic’ foreign vandals, among other things, which would have made it easy for Apprentice to efface a highhanded condemnation of the death penalty. Far from it, however, the film literally takes the insider’s point of view by introducing us to prison officer Aiman (Firdaus Rahman). A former juvenile delinquent made good, Aiman spans both sides of the law in more ways than one. When state executioner Rahim (Wan Hanafi Su) decides to take him under his wing (hooray?), Aiman takes to his new duties with a curious mix of revulsion and fascination. It’s no small feat that the film manages to evoke those same feelings in its audience. 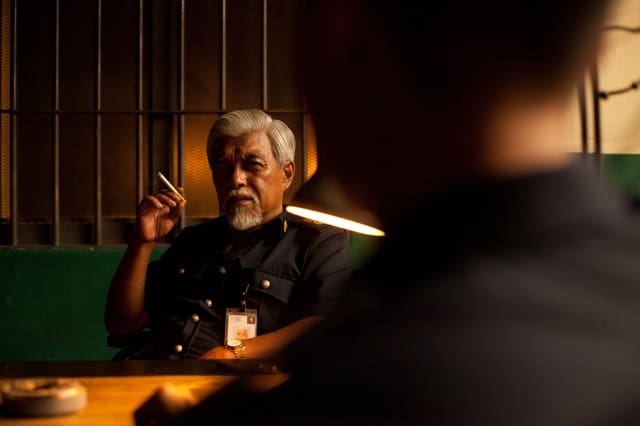 Using a potent combination of ordinariness-made-incongruous and bleak gallows humour, Apprentice gently familiarises the viewer to almost mundane routine of carrying out a successful execution before bringing the gravity of the situation crashing down in one emotionally charged scene after another. Rahim is to all appearances a normal guy who takes pride in his work and gets along well with his colleagues and subordinates, until you realise what the nature of his work entails. The self-deceptions and small acts of atonement that allow Rahim to do what he does on a regular basis are portrayed to devastating effect by Malaysian veteran Wan Hanafi Su. It’s no less harrowing to watch working-class hero Aiman try to reconcile the fact that he’s being groomed for the one profession in the world where state-sanctioned murder is the primary job scope. 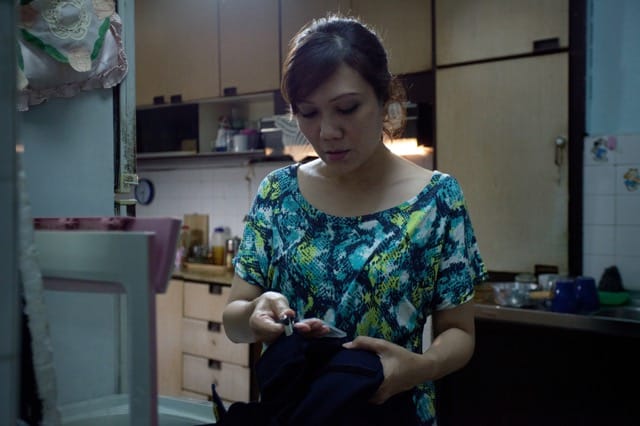 Aiman’s home life with protective older sister Suhaila (Mastura Ahmad) and the subplot involving her impending nuptials with her Australian boyfriend seem almost like an afterthought, but are a welcome relief from the gloomy interiors of the fictional Larangan Prison where most of the film is set. Director Boo throws in shots of quintessential Singapore – blocks of HDB flats, bustling expressways and crowded public transport – as if to remind us of the prosperity/security draconian measures like the death penalty have helped to wrought. Suhaila is Aiman’s one tie to the peaceful and prosperous public face of Singapore, and when his escalating work pressures lead him to lash out at her, the comforting vistas disappear accordingly. 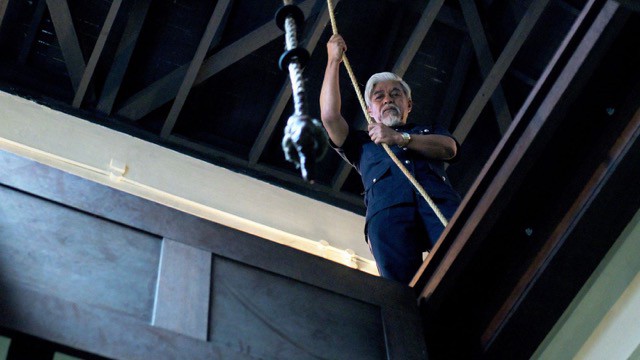 The fact that the MDA is allowing Apprentice to be screened in its entirety in spite of the potential (but rarely realised) embarrassment the state might incur isn’t so much an indication of the authorities’ greater open-mindedness as of the film’s nuance and sensitivity. Aiman and Rahim have the dreaded ‘should-drug-traffickers-be-given-the-death-penalty’ argument, but when it ends inconclusively, one gets the feeling that Boo simply wants to represent the entire arena of ideas around the issue rather than pushing for one side or the other. Apprentice doesn’t judge or proselytise, it merely shows. Whether the systematic emotional lobotomy of an executioner like Rahim is worth the security and peace of an entire country is something the viewer gets to decide for himself or herself. Until the day machine-operated executions are a reality (in itself a horrifying possibility), that’s something every Singaporean will have to grapple with. Apprentice’s greatest strength lies in giving its audience the chance to do so. 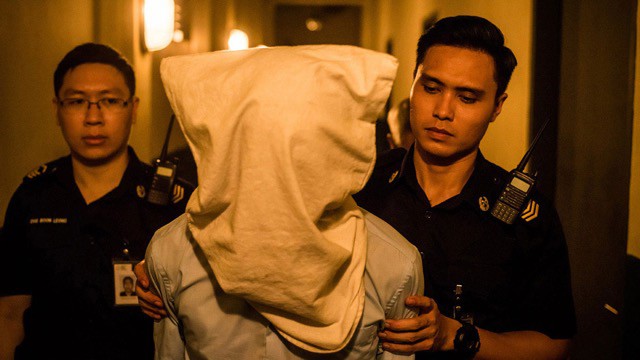