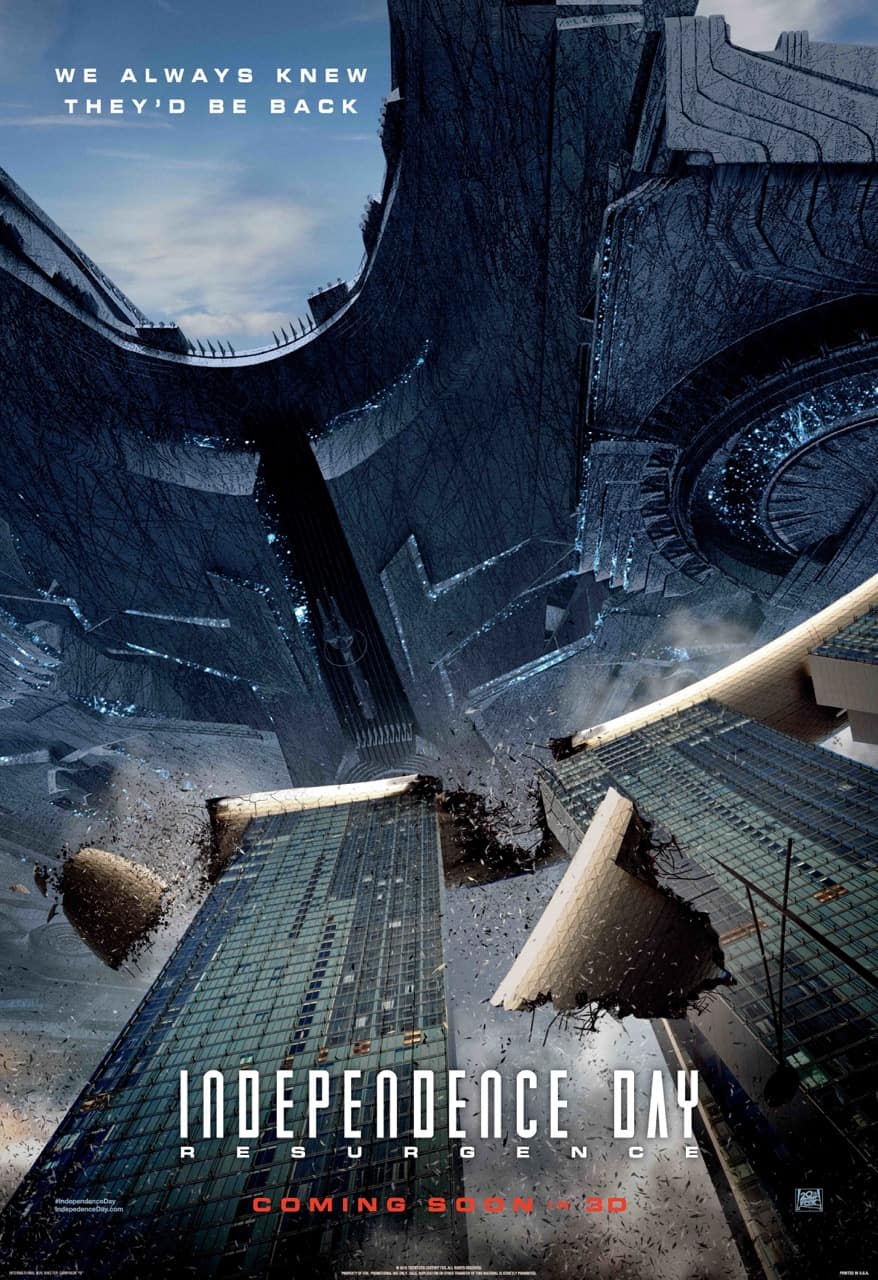 Twenty years is a long time. It’s enough time for new nations to be born, and old ones to crumble into obscurity. It’s certainly enough time for the first Independence Day movie to pass into something akin to legend. There was an unmistakable joy and charm to its wanton destruction of Earth’s major landmarks, using cutting-edge special effects, that created a new template for pretty much every disaster movie that followed. Sadly, it’s a template that the dull, bloated Independence Day: Resurgence follows, almost slavishly, with far less success. 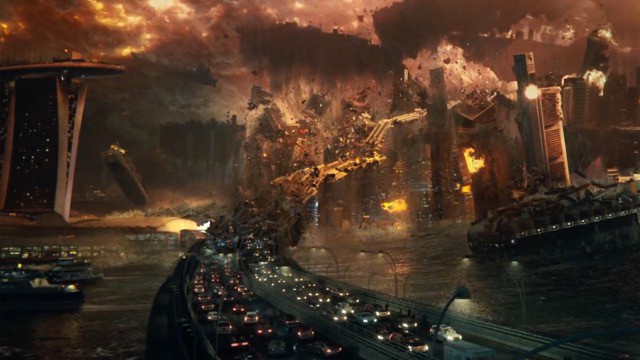 The plot is simple: the aliens that were defeated in Independence Day are back, and more determined than ever to decimate entire cities. But, as we have already established, twenty years is a long time. Children orphaned in the first attack are grown up and ready to contribute to the war effort, like maverick-with-a-heroic-streak Jake (Liam Hemsworth) and his sidekick buddy Charlie (Travis Tope). 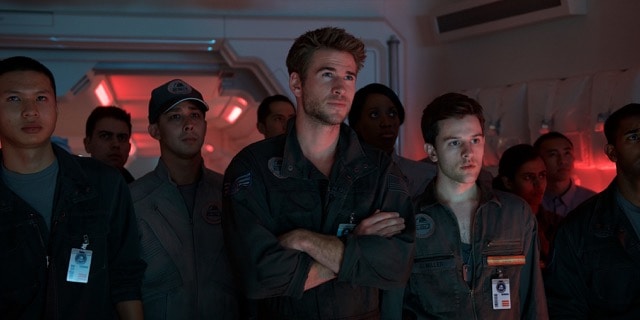 Of course, there’s rivalry and romantic tension riddled throughout the hero squad: Jake did something terrible to Dylan (Jessie Usher) – son of Steven Hiller, Will Smith’s much-loved and now deceased character from the first film – in their academy days. Charlie has the hots for nigh-monosyllabic Chinese pilot Rain (Angelababy). Jake must save the world but also his fiancée, Patricia (Maika Monroe)… 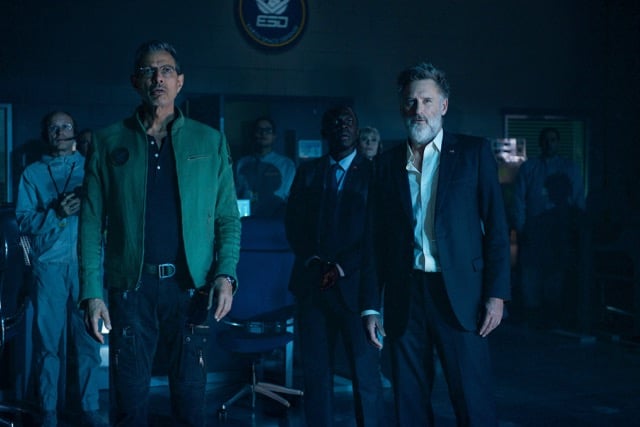 To be honest, it’s a simple story but one that’s told in a frustratingly dense, unnecessarily complex way. The storylines drift, race or stumble drunkenly from ‘plot’ point to ‘plot’ point, barely stopping to give the characters time to breathe or grow into anything resembling real people. Does Jake run an illegal transport service to the moon? How does he know Levinson? Who thinks flying directly into the mouth of an enemy mothership is an excellent war tactic? Exactly how much was arthouse French actress Charlotte Gainsbourg paid to play her incongruous role in this film? Independence Day: Resurgence is the kind of blithely dumb movie in which all sorts of questions pile up but are almost never answered.

The film as a whole would be more tolerable, at least, if its characters weren’t so painfully underserved by the script. Most of them are cardboard cutouts, struggling to seem vaguely human against never-ending explosions of special effects. This is especially true of the characters who make their debuts in this film. Hemsworth’s rakish Jake is far from awe-inspiring. Usher is too bland to conjure up the electricity that runs through Will Smith’s veins in his best roles. Angelababy is, as the Mandarin phrase goes, a ‘flower vase’ – decorative, pretty (and proof positive of Chinese cash dumped in large amounts into the film’s coffers), but useless. Even Sela Ward’s President Lanford is more of an afterthought than a character.

To be fair, there’s some fun to be had when franchise veterans pop up. Goldblum, with his deadpan delivery and spot-on comic timing, remains a delight. Brent Spiner (as newly awakened coma patient Dr. Brackish Okun) and Judd Hirsch (as David’s loopy and unnaturally lucky dad, Julius) pull off comic turns worthy of a few giggles. Independence Day: Resurgence doesn’t have much of an emotional core, but what little there is comes courtesy of Pullman, who injects a little heartfelt tragedy into Whitmore, now a war hero haunted by post-traumatic stress who must find the will to fight again.

Of course, the main draw of a brainless blockbuster film like Independence Day: Resurgence is its special effects. We’re not even supposed to really care about plot and character in pure spectacle movies like this one. On that count, the film fares well enough. The aliens are suitably realistic, as is the fire and mayhem rained down on landmarks all over the world. But, in this day and age of CGI and limitless visual invention, it’s far from ground-breaking. You’ve seen it all before, probably in another Roland Emmerich movie, and possibly done better: Independence Day: Resurgence is so lazily and haphazardly edited together that the action sequences may look great, but they don’t always make a lot of narrative sense.

Oddly, what Emmerich seems to have forgotten – in this go-for-broke cheeseball genre that he had a hand in inventing – is the element of fun. There are a few funny moments, sure, painstakingly designed for (overly deliberate) comic relief. And yet, the almost palpable awe and joy that accompany viewings of Independence Day never really materialise for this sequel. Visually, the film is an assault on the senses: big, bonkers and occasionally great to behold. But it fails, quite badly, in capturing hearts and imaginations the way its predecessor did, all those years ago.

Summary: Hardly surprising but a shame nonetheless: this sequel sinks where its predecessor soars.