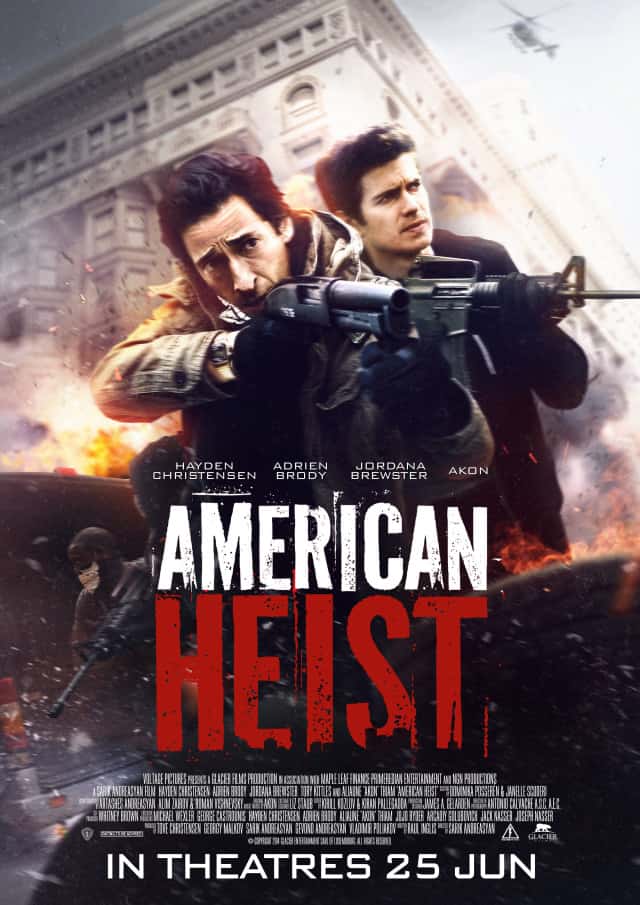 From Russia-based, Armenian director Sarik Andreasyan comes the crime thriller American Heist. Hayden Christensen plays James Kelly, an Iraq war veteran and New Orleans mechanic whose brother Frankie (Brody) has just been released from prison. Frankie took the fall for a crime the pair committed together, serving ten years in jail. Frankie tricks his brother into joining his small gang, which also includes Ray (Kittles) and Sugar (Akon). Together, they plan to rob a bank. Complicating matters is James’ girlfriend Emily (Brewster), who just happens to work as a dispatcher at police headquarters. 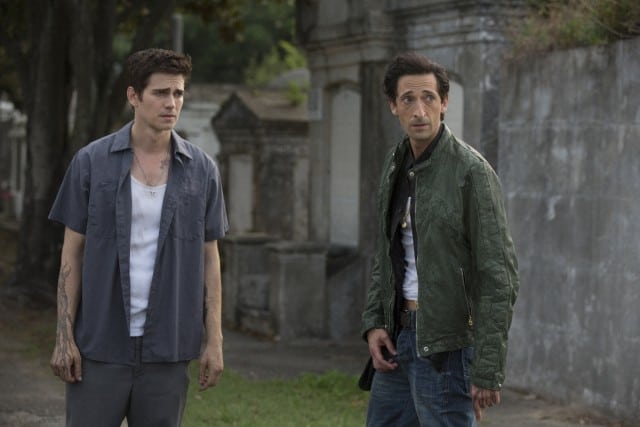 American Heist is supposedly an update of the 1959 film The Great St. Louis Robbery, starring Steve McQueen and in the public domain. A Russian-American co-production, this film will feel right at home lining the bottom of the bargain bin alongside direct-to-DVD dreck. The 94 minute runtime may not seem long, but this is mind-numbingly dull, the heist proper only kicking in at the 61 minute mark. This means an hour is spent doing nothing but setting up the characters, who are extremely difficult to care about regardless. Andreasyan is aiming for a grittiness in the grand tradition of American crime films like Heat and The Town, but American Heist is inauthentic and fidget-inducing at every turn. 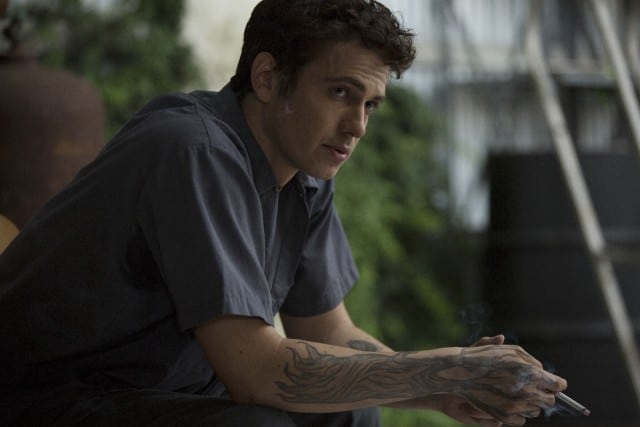 Hayden Christensen and Adrien Brody play brothers. From the word “go”, suspension of disbelief flies straight out the window. The central relationship and the tension between the brother trying to get on the straight and narrow and the other who falls back into his criminal ways upon his release from jail is nigh impossible to latch onto. Christensen, whose career was never able to fully recover following his disastrous turn as Anakin Skywalker in the Star Wars prequels, is as stilted as ever, unable to compellingly essay a downtrodden average Joe. Brody, still the poster child of the so-called “Oscar curse”, is miscast as a swaggering, tough-talking thug who’s done hard time. Apparently, awkwardly bursting into tears in the middle of heated confrontations is supposed to pass for pathos. 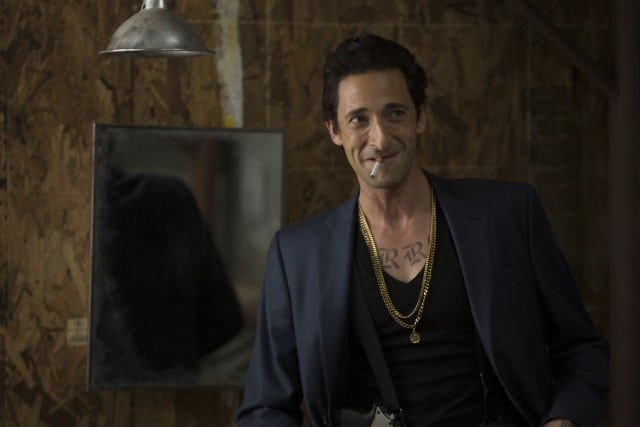 Tory Kittles is saddled with some laughably pretentious speeches about how banking institutions are the real enemy. Akon, who plays a minor supporting role and provides the soundtrack, contributes nothing at all. It seems he is planning to encroach on 50 Cent’s “rapper attempting to act in sub-par straight-to-DVD fare” turf. Jordana Brewster plays the bog-standard designated love interest who will eventually discover that her boyfriend is involved in some unpleasant business.

The film is competently shot by cinematographer Antonio Calvache and doesn’t look as cheap as it could have, but that’s far from enough to rescue American Heist from the doldrums it languishes in. The dramatic scenes that stretch out the first hour are plenty boring, but then the shootouts and stand-offs begin and those quickly become uninteresting too. Sure to bring about spells of mass listlessness among whatever audience shows up, American Heist is uninvolving, rote and poorly acted, adding nothing at all to the crime thriller genre.

Summary: This uninspired crime flick is plodding, shambling and other synonyms for “slow”. A movie with “heist” in the title should send the pulse racing instead of rendering viewers comatose.